If you are a regular reader at Redgannet, you will know that at least once during every trip I do something daft to spoil the day and then try to blame either someone else or beer. If I am honest most of these incidents can be put down to simple stupidity.This month alone I have been stuck in soft sand, been diverted by a mountain on fire, been held up by horrible traffic, called from standby at a moment's notice, and last night I left my glasses in the bar and didn't get them back until nearly midday.

It was cold during the morning and I was pleased to see that it had warmed up by the time I managed to retrieve my spectacles and get out. I visited a thin ribbon of woodland that passes behind the malls at Tyson's Corner. A tarmac path leads off in both directions from the southern end of Westbranch Drive (Google Earth ref; 38 55' 31"N 77 13' 19"W), dead-ending one way and leading to a small pond the other. 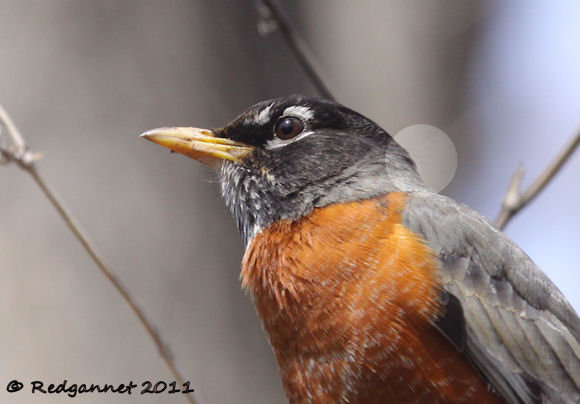 I chose the south-easterly direction to start me off. American Robins were picking through the leaf litter. This individual was sporting the filoplumes much beloved of Jochen and Owler. A Carolina Wren called from a tangle. A small brown bird in the undergrowth caught my attention and shortly a Hermit Thrush came out onto the path, pumping its tail. 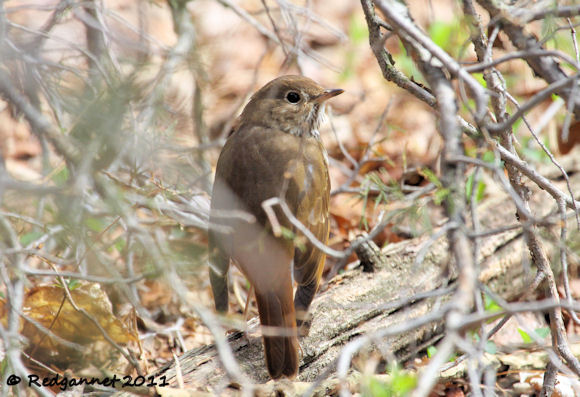 A small barrier at the dead end would not stop an intrepid explorer and a deer path continues past it. The White-tailed Deer were feeding in the scrub beyond the barrier, but spooked when they saw me. The group of about a dozen trotted with their tails high to the far side of the meadow and watched me from there. 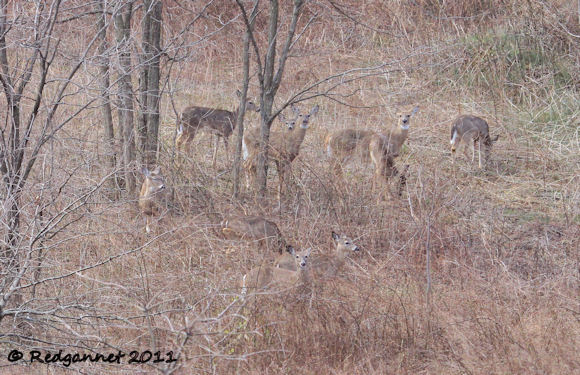 I returned to the road, passing a pair of Downy Woodpeckers on the way. The path continues on the other side of Westbranch Road and heads north-west. I suspected that a Cooper's Hawk had a nest here after seeing him the day before, flying into an evergreen with a small stick in his beak while the female soared overhead. Sure enough, he was perched on a nearby branch that arched over the path and stayed very close to the evergreen when he flushed as I passed beneath. 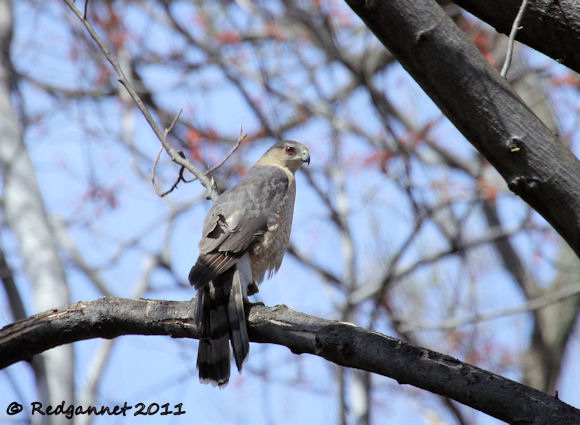 Further on were some Carolina Chickadees, but also a couple that had a much slower call. This area is close to the overlap zone for Carolina and Black-capped Chickadees, but I hear that songs and calls are learned and are not a reliable way of distinguishing between the two species, so I shall stick with the Carolinas. 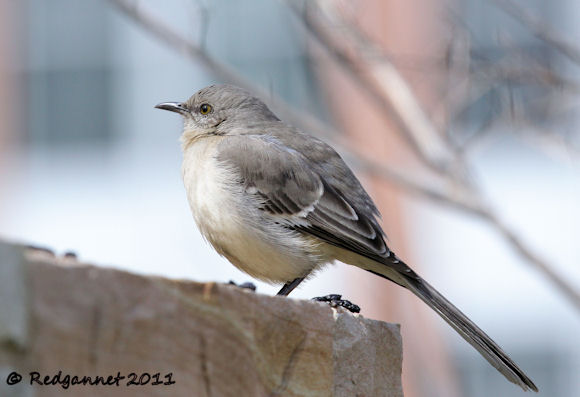 A Northern Mockingbird, on a rustic wall near the supermarket was the only bird all day that had sat still for a photograph.
The biggest surprise of the day came almost back at the hotel when a large raptor was seen overhead. I had been seeing a lot of Turkey Vultures and Red-tailed Hawks over the last couple of days, but this one caught my eye with a different flight style and silhouette. 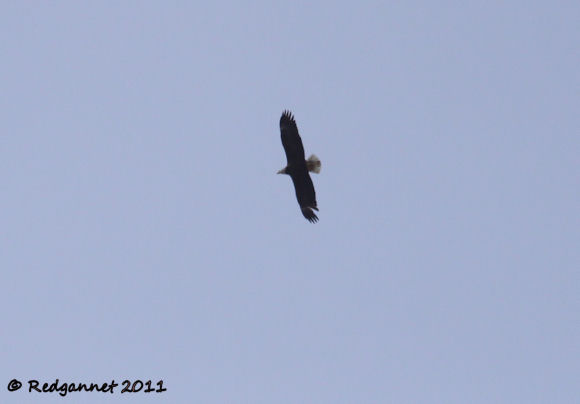 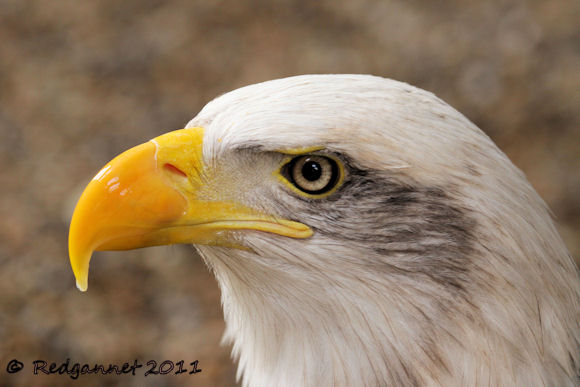 In case the picture above leaves you none the wiser about Bald Eagles, but wanting more, this is what they are supposed to look like. This was taken at Eagle Heights, a bird of prey centre in Eynstone, Kent.

This post links well with the Great Falls Park article as they were part of the same trip.

Other trips to USA and Canada can be seen on the dedicated page
Posted by Redgannet at 01:14