My slow start to the day had me running late and a trip down to The Cape of Good Hope would be all too brief to make it worth my while. Along the approach road, the M4, down the eastern side of the peninsular is a boat launching ramp called Miller’s Point, about 5kms south of Simon’s Town (Google Earth ref; 34 15’ 54”S 18 28’ 31”). Take the second entrance if coming from Simon’s Town. 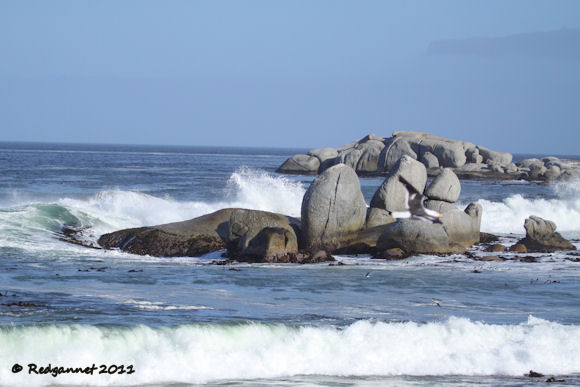 Day-trippers are attracted by a sea pool that changes its water with the tide and offers salt water swimming without all that Great White Shark silliness. Gulls are attracted by the fishermen hauling their boats and catch from the sea. In turn, I was attracted by the gulls, but stayed for the Oystercatchers.
An attended car park is open until 18.00 after the sun had dropped behind the huge mass of rock to the west. Parking outside the secure car park is available at any time, but beware that trucks towing boats need a wide turning space. 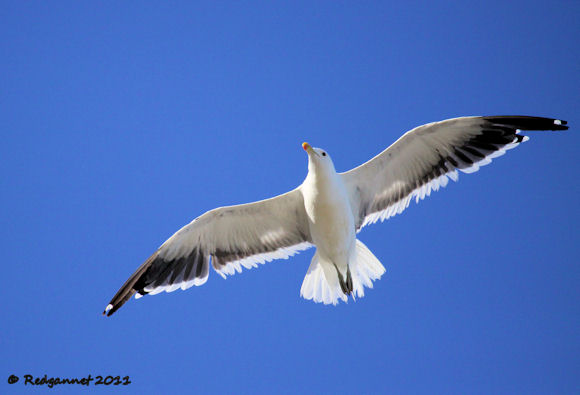 Most obvious were the Cape Gulls. They are big, black-backed and abundant. Until recently, they were considered conspecific with the Kelp Gull. There were lots roosting in the car park, on the beach and on the ramp. Potentially it could be confused with Lesser Black-backed Gull, but the latter is an uncommon summer visitor only in the far northeast of the former’s range and has not been seen as far south as the cape. So there should be no cause for doubt, but are those yellow legs that I see behind the first bird? 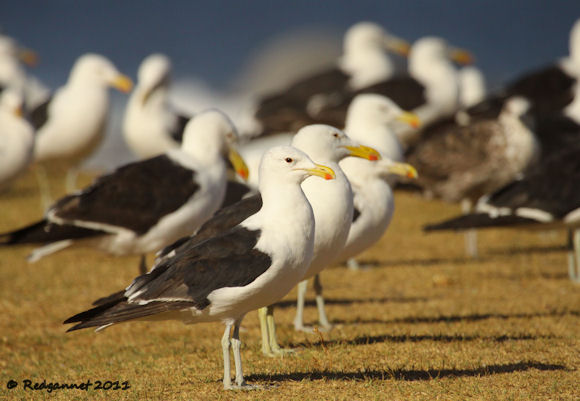 Steps lead down onto a rocky coastline where an African Oystercatcher, Haematopus moquini, was calling hysterically at a couple who were walking nearby. It looked as if there was a pair which became increasingly upset and vocal as the couple walked in the sand above the high-tide mark. Perhaps there was a nest. 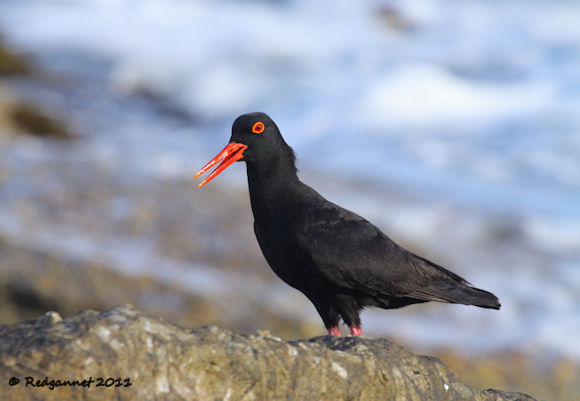 By coming from a different direction, the oystercatchers allowed me to get into a position to give a nice background to the picture. The bill and eye are very similar to the North American Black Oystercatcher, Haematopus bachmani, but the legs are pink instead of pale and this species is endemic to Southern Africa. 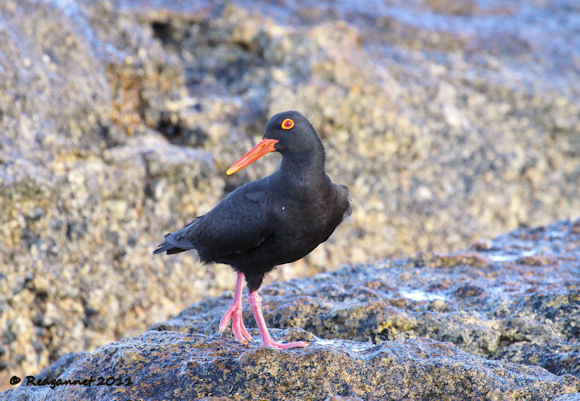 A scan across False Bay brought rafts of Cape Gannet. A few were flying and occasionally stalling, and folding in their wings at the last second as they plunge dived (dove). 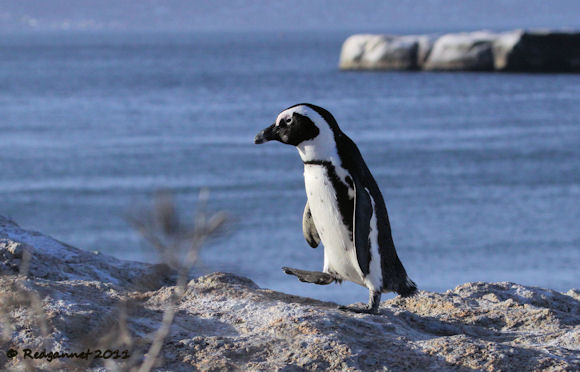 I began my homeward journey with a quick visit to the close by Boulders penguin colony (Google Earth ref; 34 11’ 52”S 18 27’ 12”E). The Jackass Penguins here are very easy to observe and will often shelter under cars, so be careful and check beneath your vehicle before you drive away.
One individual was skipping back up the rocks to see his (?) other half. He had quite a jaunty step and was obviously looking forward to his assignation. Another couple had just been re-united at the top of the boulders and indulged in a touching, tender greeting before settling down for some preening and sunbathing in the last rays of the evening sun. 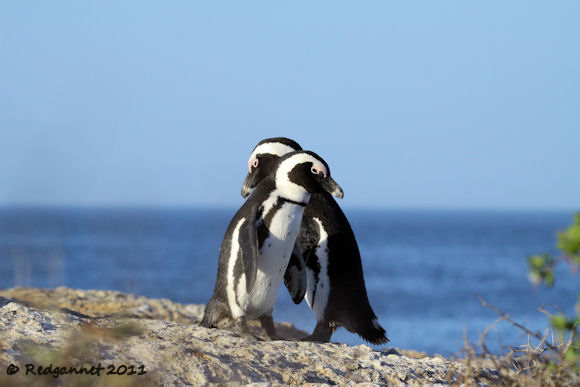 Passing Muizenberg, there was just enough light left to enjoy the waves coming ashore at the beach there. Hartlaub’s Gulls were waiting for scraps from the fishermen and I was able to see the faint grey collar and lavender rinse that often gets burnt out in strong light. 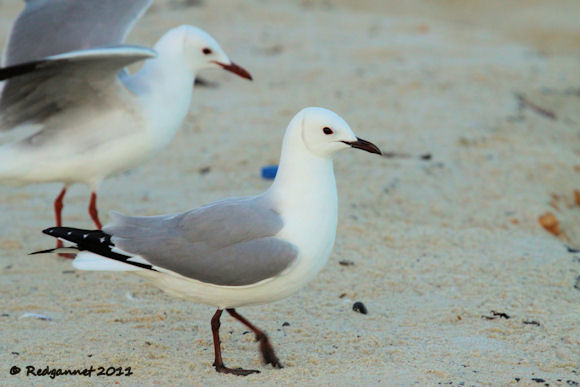 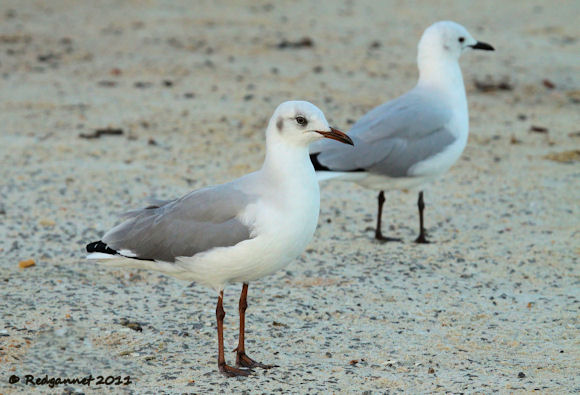