I was greeted by a Robin singing to declare his sovereignty over a planting of small trees. It was early in the morning and I was attending a course at Heathrow Airport. The vagaries of the M25 compelled me to allow plenty of time, leaving me half an hour for a quick root around on Harmondswoth Moor. 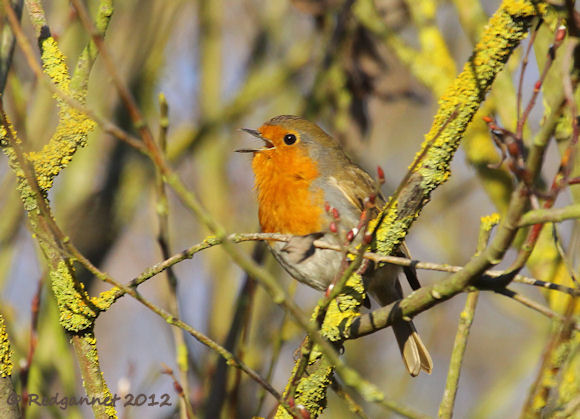 The moor is within easy reach of the airport and any transiting passenger could fit in a speedy visit to pick up some common British garden birds. It is sited on 240 acres, almost 100 hectares, of reclaimed land just inside the M25 by the M4 junction, less than 10 minutes from the airport terminals. 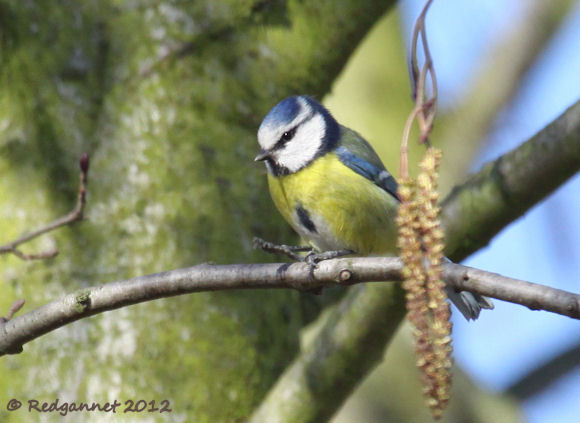 Blue Tits are very common here and can be seen at this time of year feeding in the Alders and Willow that line the small rivers. By the first car park at Google Earth ref; 51 29 13N 00 29 24E, the banks of the Ruver Colne are lined by thorn bushes and brambles. These are very popular with Great Tits and European Goldfinch while Dunnocks scrape around on the ground close to the cover. 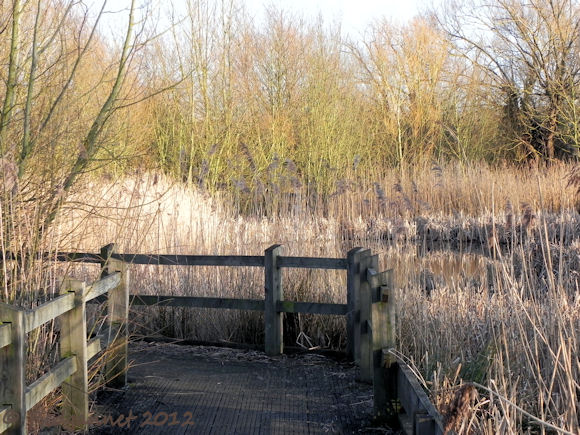 A pair of small reedy ponds can be found close by, seperated by a short board walk. 2 Gadwall pairs and a Little Grebe were on one of the tiny waters each morning and Reed Buntings could be made out amongst the phragmites. 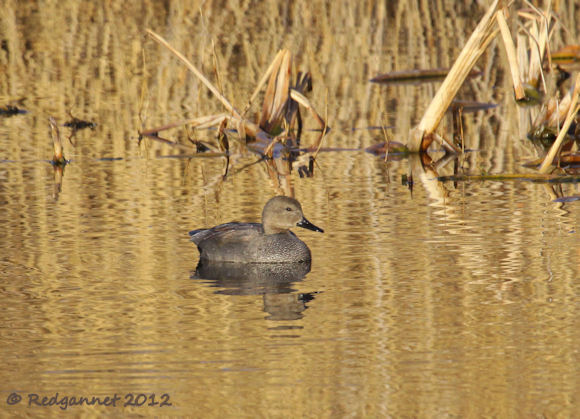 Paths meander across the moor, following the rivers and leading up towards the large Saxon Lake close to the M4 motorway. Great Crested Grebes, Tufted Ducks and Grey Heron can be seen here on the deeper water. 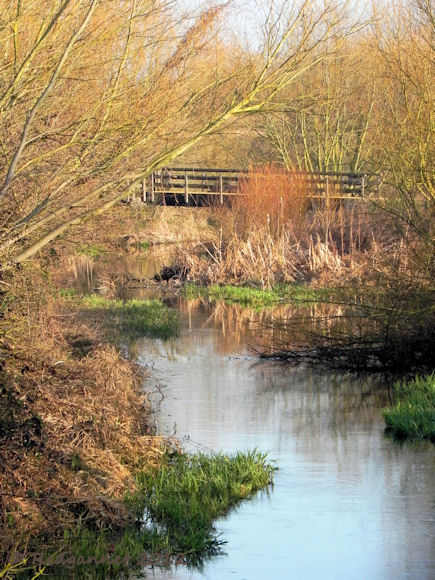 Three Rivers run through Harmondsworth Moor with bridges to allow wider access to the meadows and shaded paths. Rabbits are likely to be seen on any of the grassy verges and young kits have been up from their holes during the glorious weather of this last week of February. 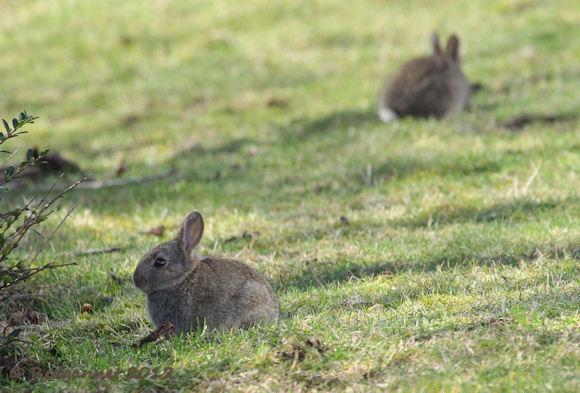 Green Woodpeckers were flushed from the grass up into the cover of the ivy climbing the willows. Long-tailed Tits might be seen anywhere in the plantings or along the river banks. 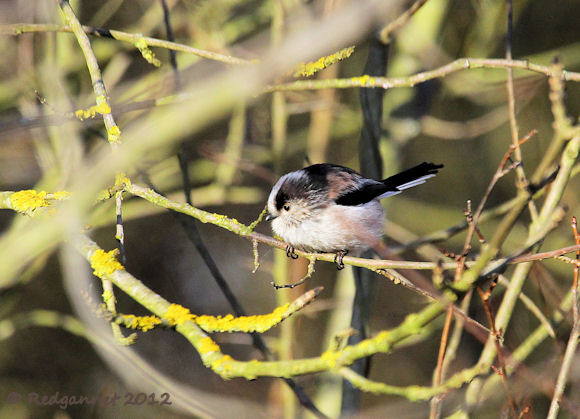 As well as a couple of morning visits, I was able to fit in a walk in the afternoon. The light was especially good and reflected golden from the reeds in the small ponds near the car park. 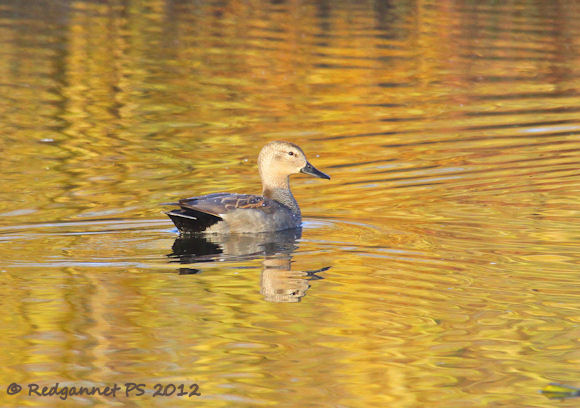 A picture that I had seen earlier in the week almost worked on the last afternoon when a Blue Tit was seen feeding from a Reed Mace head. A bit closer and steadier would have made a great picture. 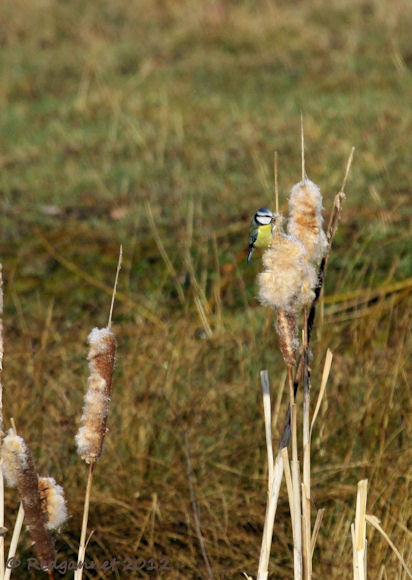 If you are in transit at London Heathrow and would like to visit Harmondsworth Moor, it should not take more than 10 minutes cab ride from the terminals 1,2,3 and 5. Leave 20 minutes from Terminal 4. Use a radio cab rather than the London Taxis that you find at the taxi ranks. Ask the driver for Tarmac Way, at the junction of A3044 and the A4 Colnbrook By-pass, near the British Airways head office at Waterside. It was BA that reclaimed and developed the land as part of their head office complex. 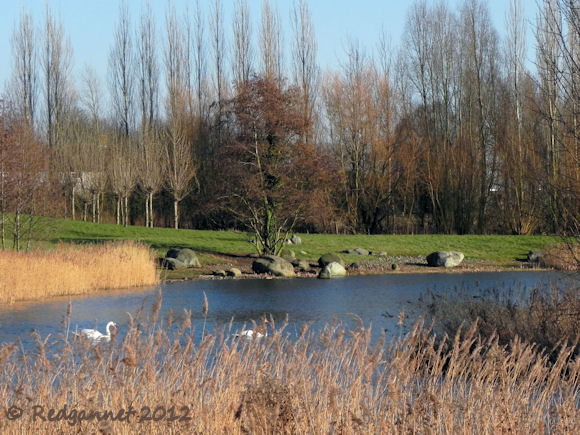 Heathrow Minicabs quoted £20 each way. Their office is very close by so you may be able to negotiate a better rate for the return journey. Tel; (+44) 02085740868
There are other minicab firms available, but this was the only one who appeared to understand the enquiry.

Please beware that there have been reports of articles being stolen from cars, especially from those parked near the entrance to the north of the M4.