Dawn broke as I waited for a bus at Sheung Shui Station, revealing a misty and murky morning. I had come early in the hope of catching some rails and crakes at Long Valley agricultural area and headed straight to the overgrown ponds at Google Earth Ref; 22 30 27N 114 06 45E. Common Moorhens and a White-breasted Waterhen got my hopes up a couple of times before I caught sight of a flicky tail creeping through the long grass at the top of one of the raised walkways that separate the shallow ponds. 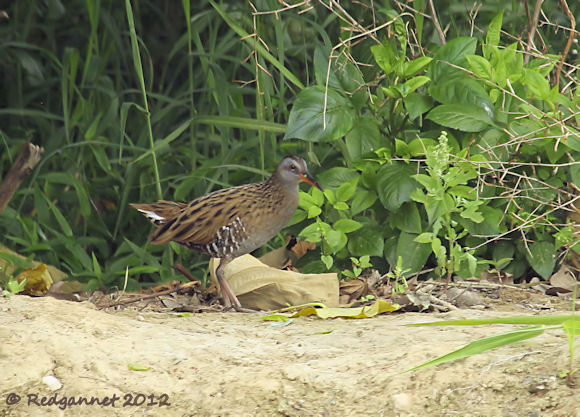 Considering what might have been on offer in a rail infested, weed-choked pond in Hong Kong, it was a slight disappointment to see a Water Rail which I can commonly find within a mile of my home in the UK. It was however a good clear look as it paraded along the bund in full view.

Update;
GL, vigilant as ever, has brought to my attention that Rallus aquaticus has been split from R. indicus leaving the above as a life bird, so wipe the disappointment and get out the red pen. Both Species are still known as Water Rail on my software. The options of European Rail and Indian, Eastern or Brown-cheeked Rail are available for use in conversation or blogging, but the official list still has Water Rail for both. 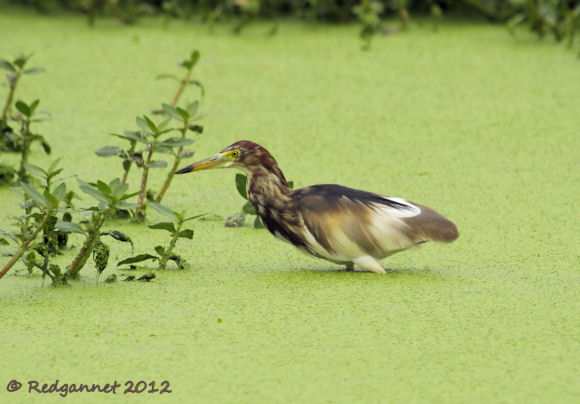 Chinese Pond Herons were seen in good numbers and I was able to compare them with the very similar Indian Pond Herons from Mumbai last week. I had wanted to show how they change from a drab grounded bird to a bright white bird in flight and then blend into the background again as soon as their wings fold. I had better luck with a landing photo this week. 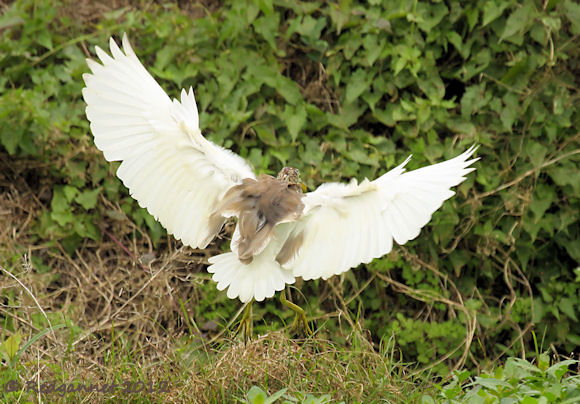 I was heading to where the snipe are in the north east part of the area. Another birder primed me to be on the lookout for Chinese Penduline Tit and but for his advice, I might have missed them. 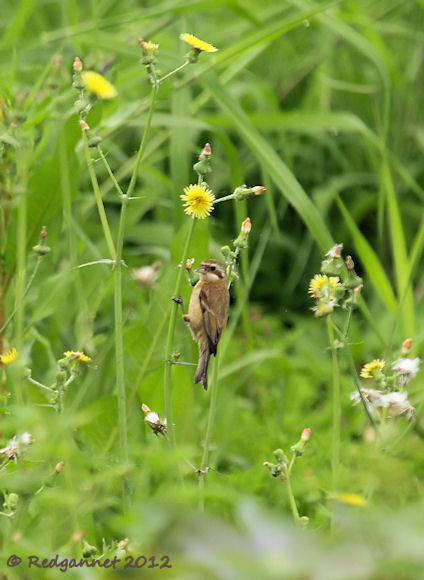 Plenty of small seed eating Nutmeg Munias had been feeding from the grasses this morning and I nearly didn’t bother to train my Bushnells on the little birds hanging from the flowers on a small island in the pond at Google Earth ref; 22°30'32.74"N 114° 6'56.41"E. 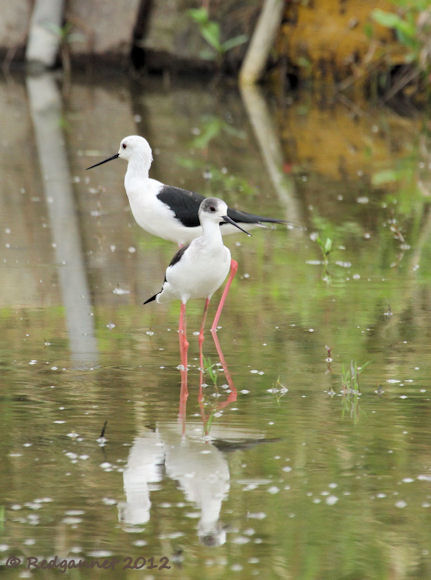 The shallow ponds here have not been planted with crops. Wood Sandpipers shared them with Black-winged Stilts. I had come prepared to find snipe and to be able to differentiate between the three potential species that might occur here, but I am sure that all the birds I saw today were Common Snipe. 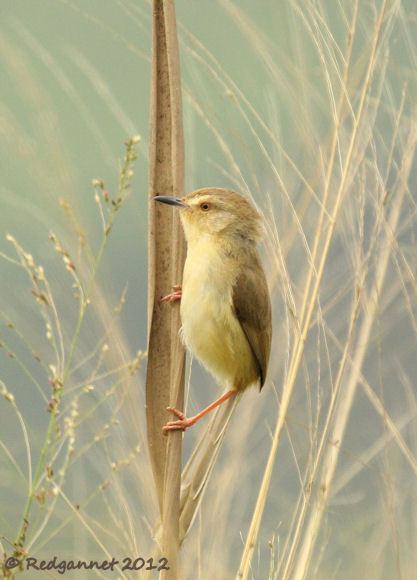 In the taller grasses, Plain and Yellow-bellied Prinias called constantly, vying with the hysterical Asian Koels for supremacy. A dark shrike at the top of a mango tree evaded the camera, but it would have made a good example of the “dusky” form of the Long-tailed (Red-backed) Shrike. 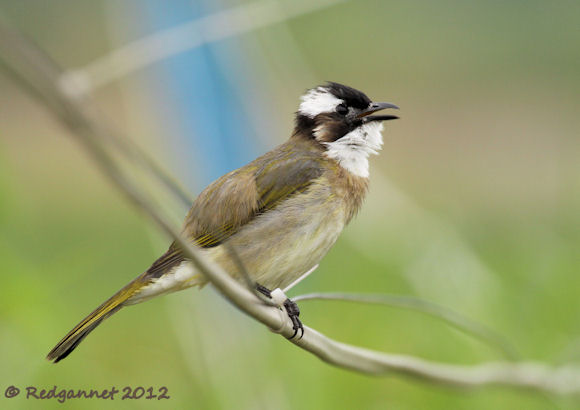 All around the area, electricity and phone lines are held above the ground by slender poles and the Light-vented Bulbul like to use them as vantage points.
Birds seen; 35 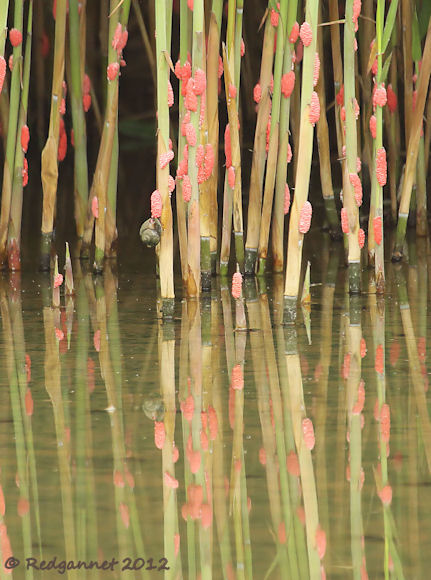 Using the bus through the cross harbour tunnel saves at least 30 minutes on the journey into the New Territories and enabled me the luxury of a lie-in until 05.30 this morning. Today, the N118 (HK$13.40) was the bus of choice, caught from the stop at Cannon Road outside the World Trade Centre in Causeway Bay, Hong Kong. The bus dropped me at Hung Hom, the first station on the East Rail Line heading towards the Chinese border. Continue to Sheung Shui (HK$8) and cross the road to the bus stop under the footbridge.
Take the 76k and ask the driver for Yin Kong. The agricultural fields will be found to the right off Castle Peak Road, just after the golf club. The bus stop is 500m beyond the motorway bridge at Google Earth Ref;  22°30'10.25"N 114° 6'39.19"E

The workers in the fields here are very tolerant of birders tramping around. Please respect their crops and use the raised walkways.
Long Valley, Hong Kong,
Posted by Redgannet at 00:43