With my romantic inner eye, I had pictured myself striding purposefully across the sand, cresting a dune and being silhouetted, tall and slim, against the setting sun as a cooling desert breeze ruffled my hair and loose-fitting shirt. In the mirror, my more realistic spectacled eyes noted that my brown desert silks had become a little snug and were as unlikely to be ruffled by a cooling wind as my hair which has gone the same way as my purposeful stride.


A few obstacles made me opt for the easy trip to Salam Park in Riyadh, Saudi Arabia (Google Earth ref; 24 37 07N 46 42 33E). It is a pleasant enough gated park with railings all around its perimeter, but I was slightly confused when the gatekeeper told me that it was a “ladies park”. This did not stop him taking 5 Riyals (@5.38 = £1) entry fee and warning me not to use a camera. A mobile phone camera was OK though, he told me. White-eared Bulbuls were very common, but most obvious of all were the doves. Both Eurasian Collared Doves and Laughing Doves are abundant throughout the city.
Eurasian Hoopoes and White Wagtails fed on the lawns while Rose-ringed Parakeets screeched from the palms. In the Southwest corner is a conservation area. It is only very small and distant across the man-made lake. Little Egrets and Squacco Herons found sanctuary here with the inevitable doves. Saudi Arabian culture demands that ladies be discrete and that men should not approach or communicate with them if they are not married or closely related. Nobody seemed disturbed by my binoculars, but I did feel a little intrusive, so I moved on. 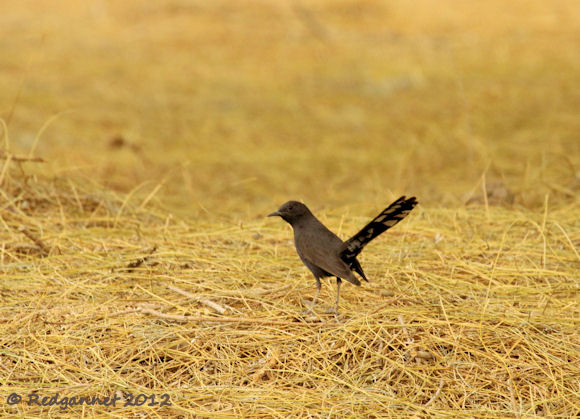 It was easy to find a taxi to take me to the Intercontinental Hotel. There are gardens and a 9-hole golf course here (Google Earth ref; 24 40 07N 46 21 46E) with acacia-lined fairways and a few scrubby spots. The profile of the Black Scrub-robin is easy to distinguish. I asked the security manager at the hotel if he minded me taking pictures and he gave his permission. In the golf club house, they were similarly patient with my request and gave me access to the practice area, but would not allow me to venture out onto the course. 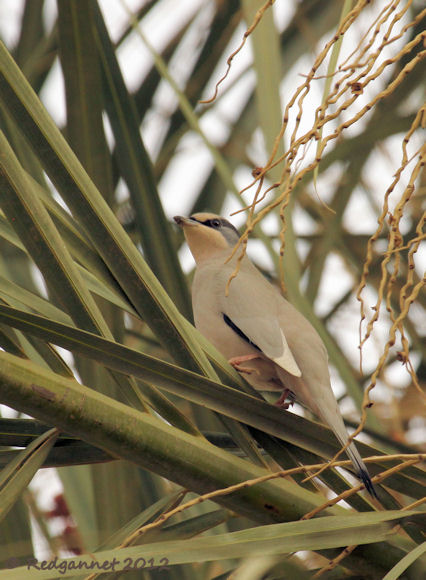 I had seen a couple of Grey Hypocolius already, but was hoping for bigger numbers than that. As the sun dropped towards the horizon they began to arrive to roost. A flock of 50+ circled a couple of times before roosting out of view. A couple of other flocks of around 20-30 may have been the original flock split into two, but I have a feeling that they were separate entities. One flock settled close by and I was able to watch them as they prepared themselves for the evening. 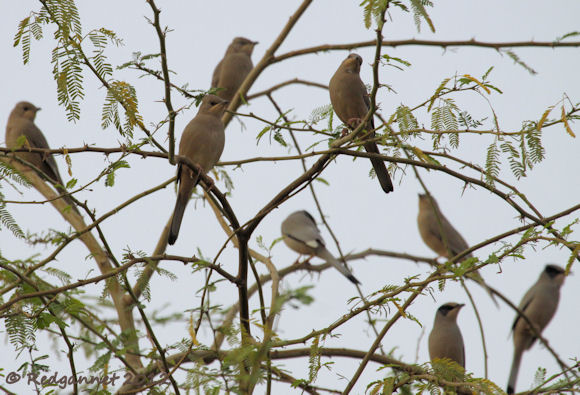 A notable feature of the park, the hotel and the golf course, was the number of feral cats and in the scrub of the practice area, carcasses of birds and rabbits littered the ground. The hypocolii (?) were understandably twitchy as cats lurked beneath the bushes looking hungrily up into the branches. The chosen roosting trees were thorny acacias with very thin branches which would certainly make it difficult for a cat to catch them unawares. 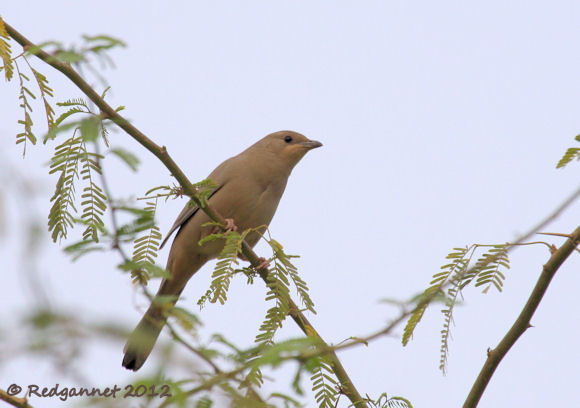 The sun set through the murk with dust close to the horizon acting as a filter and allowing me a good look at the disc. Don’t do this at home! A small dark mark against the otherwise unblemished photosphere caught my attention and I was interested to note that it was very round for a sunspot. Hoping that I might inadvertently be witnessing a transit of Mercury or Venus, I took a picture for the record, but checks when I got home revealed that this rare event will not happen until June 6th 2012. 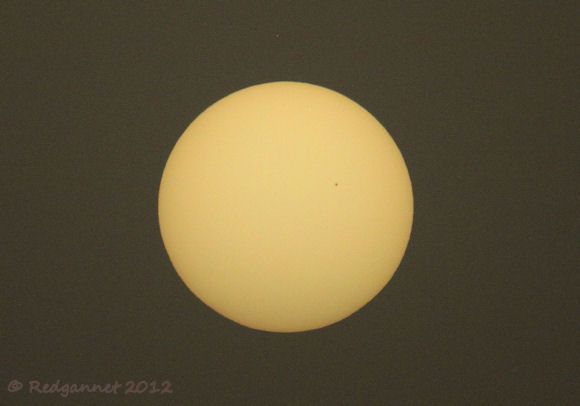 With the last of the light I took a quick look at the sunken seep beyond the practice area. It held a tiny bit of shallow water, but was mostly moist mud. A Bluethroat and a Grey Wagtail were seen on the ground here as well as many of the common birds finding roosts out of the reach of the cats. 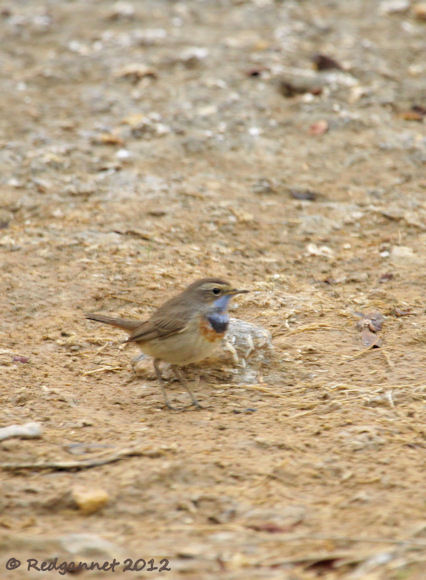 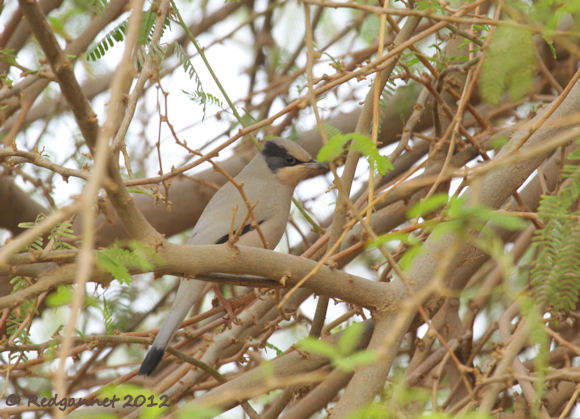