The rodents were keeping their heads down at Mount Auburn Cemetery today and who could blame them with Red-tailed Hawks everywhere it would seem. I was on the look-out for warblers, but had no luck. The hawks however made it an enjoyable morning in Boston. 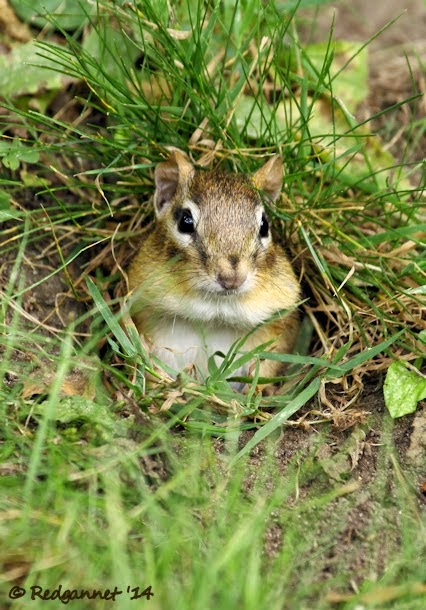 The first one was seen by using all my field craft skill and wandering over to a couple of birders and looking over their shoulders as they watched the bird in a tree at the southern end of Auburn Lake. 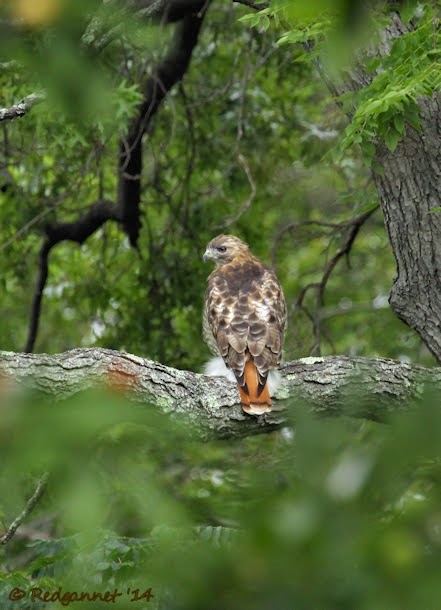 The others told me that 3 birds had fledged from the resident couple. And shortly afterwards, two more birds, an adult and a juvenile crossed the lake and the first bird followed. 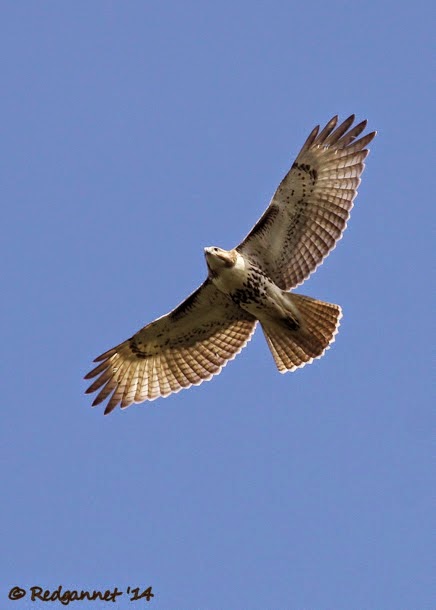 The birds were seen frequently during the day, with at least 10 sightings. I assume that I was seeing the same birds over and over and only recorded 4 that I could recognise individually. 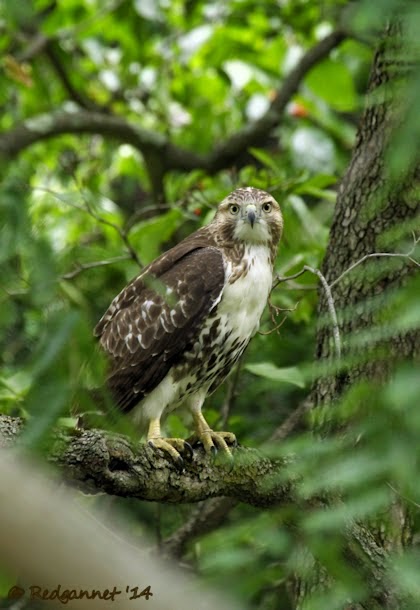 Chipmunks called piercingly throughout the day and I am guessing that the hawks were hungry. One bird gave me an appraising look before deciding that the squirrels on the lawn behind me would make a more manageable meal. It launched a strike, but the squirrels were too alert and were back in cover before the hawk even reached the lawn. 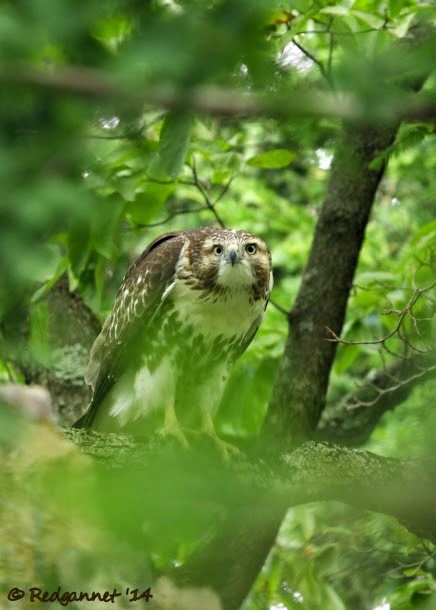 The hawks provided some excitement on an otherwise quiet day in the cemetery which only brought 20 birds and no warblers. 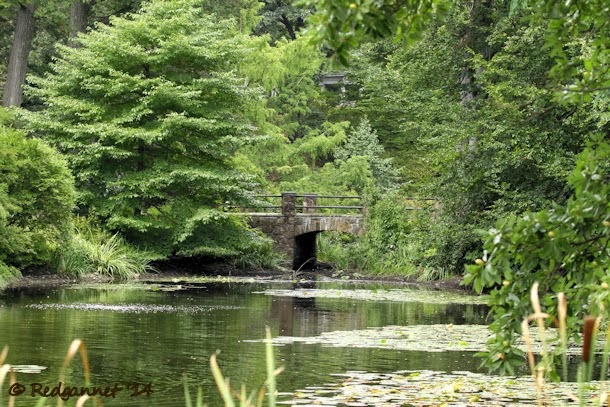 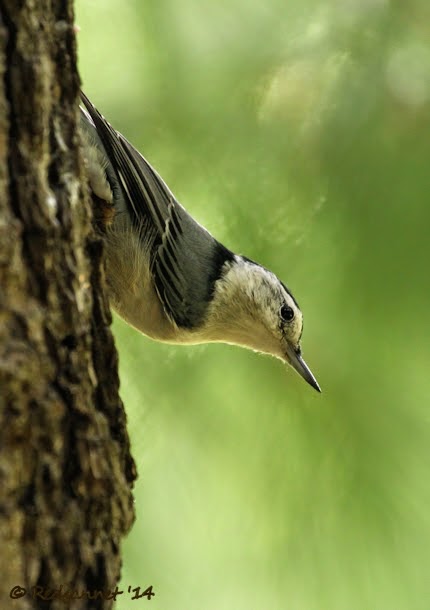 Harvard Square Station is on the Red Line of the subway, heading out of Boston towards Alewife. Bus nos. 71 and 73 leave from the station and take less than 10 minutes to reach the cemetery. There is a stop close to the cemetery gates and between them there should be a bus twice every 15 minutes. 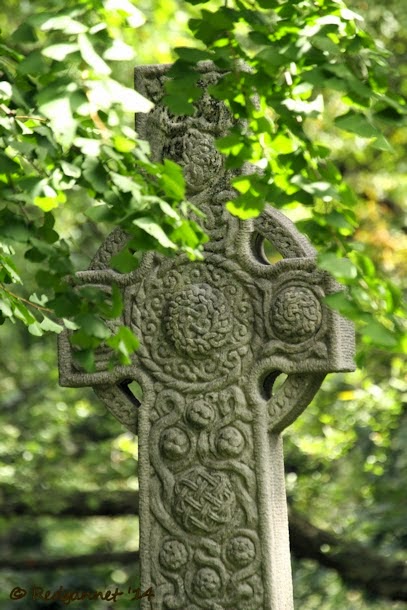 For previous posts from Mount Auburn, see the links below;

Visit the dedicated USA and Canada page for more posts from Boston including; Back Bay Fens, Pleasure Beach and Whale watchingfrom the New England Aquarium.
Posted by Redgannet at 22:52 No comments:

Even familiar sites can hide little treasures and today I was treated to a Barred Owl on a boardwalk in a small area of swampy woodland to the west of Montlake Fill. Google Earth prefers the prettier name of Union Bay Natural Area (cut and paste the coordinates to fly there; 47 39 20.91N 122 17 33.09W), but there is no getting away from the reserve’s grubby beginnings as a rubbish dump. 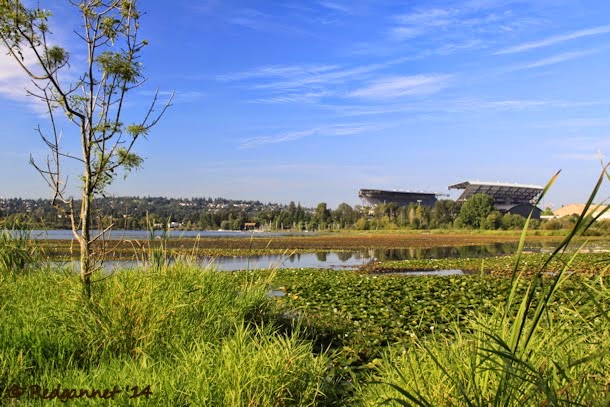 The bus had dropped me at the to the south of Montlake Cut where I crossed the bridge, and turned right, following the road around the back of the Huskies’ Stadium. Banded Kingfishers cackled as they flew up and down the cut, Ruby-throated Hummingbirds still showed off with display flights and a Peregrine Falcon watched disdainfully from the structure of the stadium. 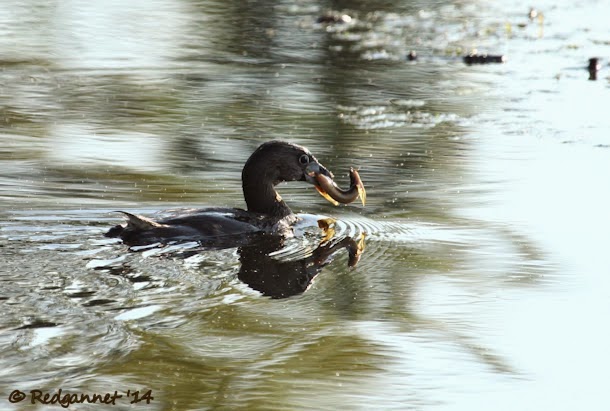 Keeping the water of Union Bay to my right, I continued around the boathouse where a Pied-billed Grebe was catching fish and followed the dirt road to a small bridge that crosses onto the parking area. 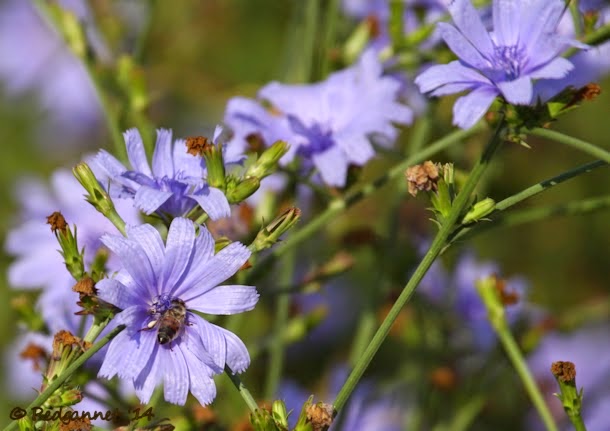 A circular path describes a route around the reserve taking in scrubby bushes, reedbeds, small shallow ponds and wildflower verges. American Goldfinches enjoyed the seedheads of the flowers along the path and I spent a long time convincing myself about a Yellow Warbler.
I was hoping that the reedbeds might produce a Marsh Wren, but had to settle for a House Wren. Little did I know at the time that the House Wren was by far the more significant bird and it provoked a questioning email from  eBird.
A Bald Eagle flew low across the water and pulled up in a tree on the far side. 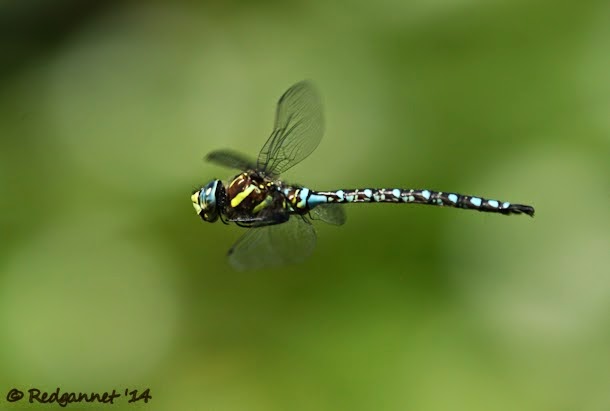 The day was warm and dragonflies patrolled the water’s edge of the small ponds. I believe these ones to be male and female Shadow Darners, Aeshna umbrosa, but am open to suggestions if you know better. 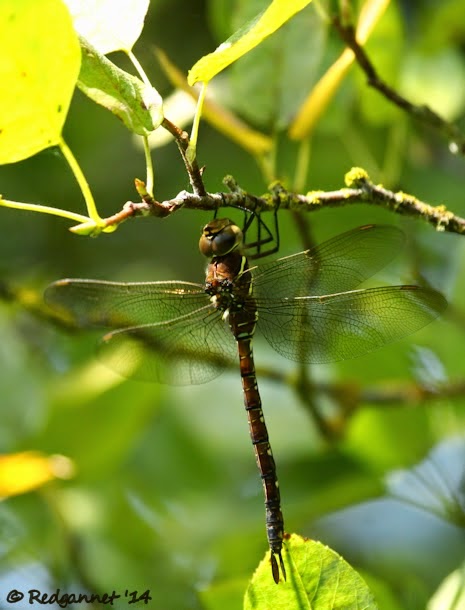 At this time a lady birder passed by and kindly told me of a Barred Owl that had swooped past her as she walked through Yesler Swamp. I was not familiar with Yesler Swamp, so she generously showed me the way and helped me to find the owl which was tucked in amongst the willows. 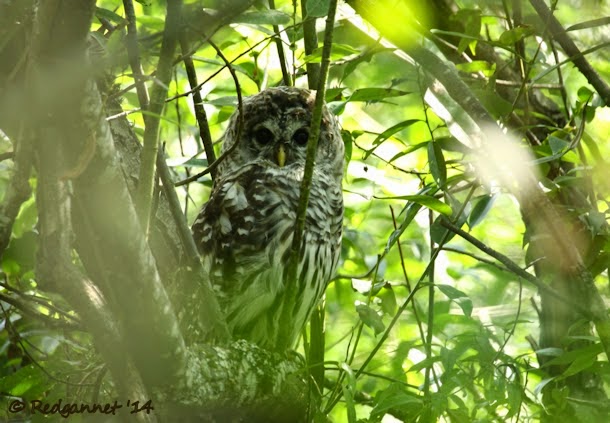 A raised walkway passes through the swampy woodland and ends at a small platform overlooking a small bay which apparently holds masses of wildfowl during the winter. Ospreys passed over and one stopped on a large dead tree. 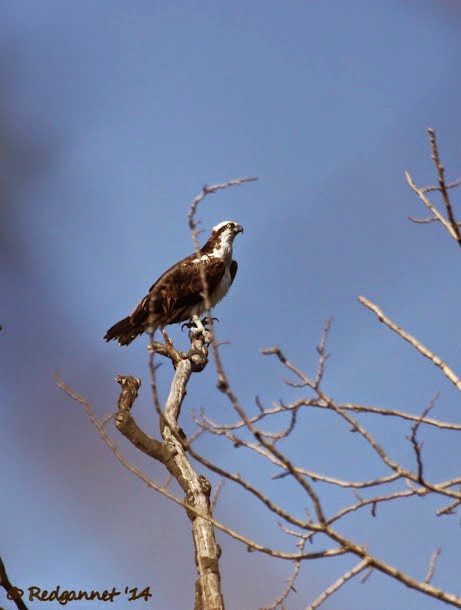 Another path, the East Trail will eventually be linked by the boardwalk, but for today, I employed the more traditional ground-level. Western Tanager, Steller’s Jay and Banded Pigeon all added to the list from Yesler’s Swamp, the entrance to which can be seen at Google Earth ref; 47 39 28.73N 122 17 17.77W. 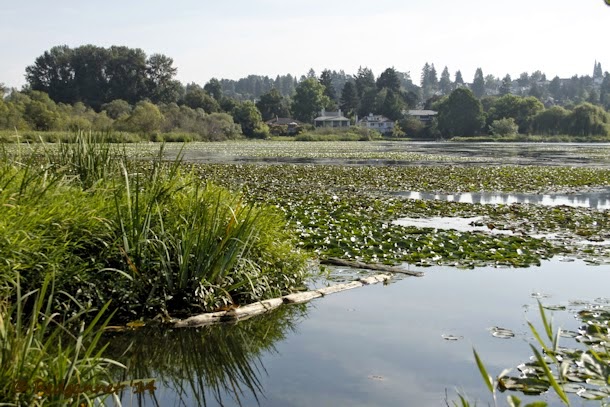 Bus number 255 is an express service taking just 11 minutes from downtown Seattle at Westlake Transit Mall. The stop for Huskies’ Stadium is on the central reservation of a freeway, so ask the driver to call the stop. Express buses 311 and 545 pass the same stop.
The freeway was closed on my return and no traffic was getting through, so I had to catch bus from the bridge (Google Earth ref; 47 38 38.42n 122 18 15.41W) which takes the more sedate route along 24rd Ave.
Previous posts from Montlake Fill can be seen at the links below;
http://redgannet.blogspot.co.uk/2009/12/montlake-fill-seattle.html
http://redgannet.blogspot.co.uk/2009/07/last-night-i-took-quick-run-down-to.html