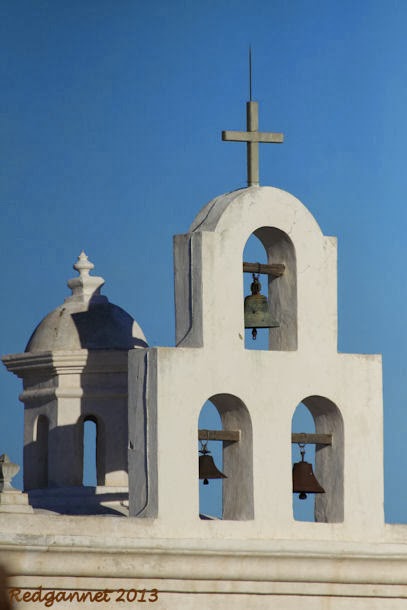 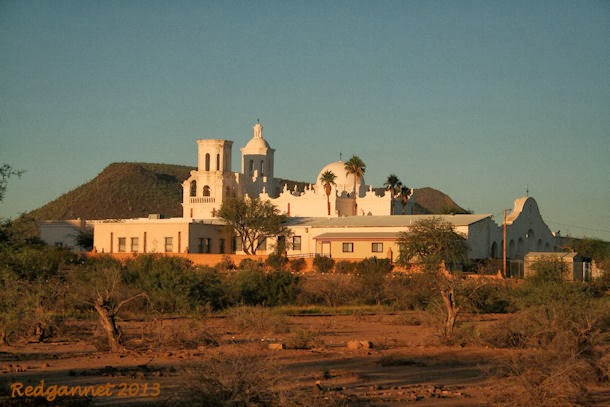 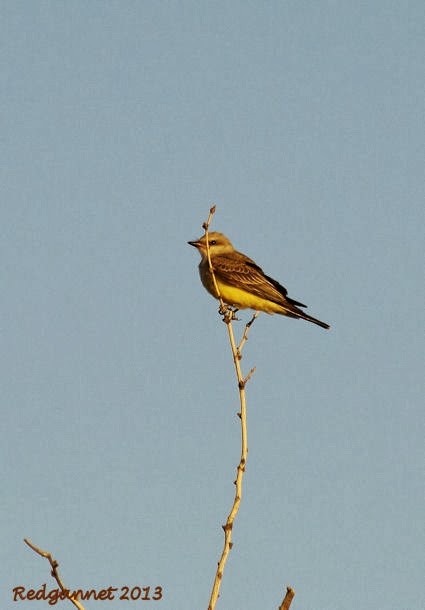 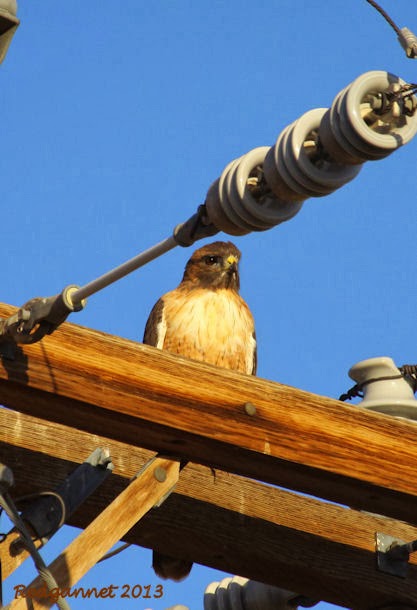 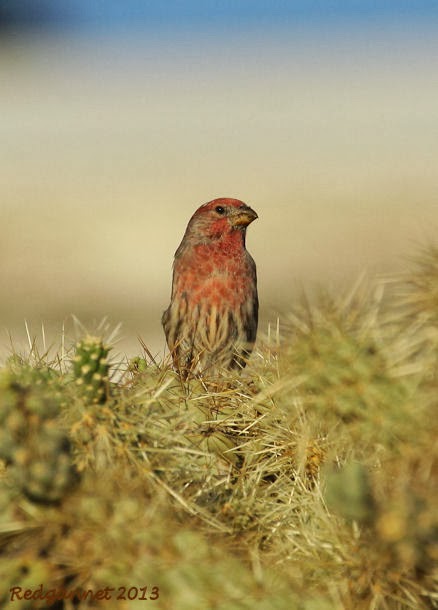 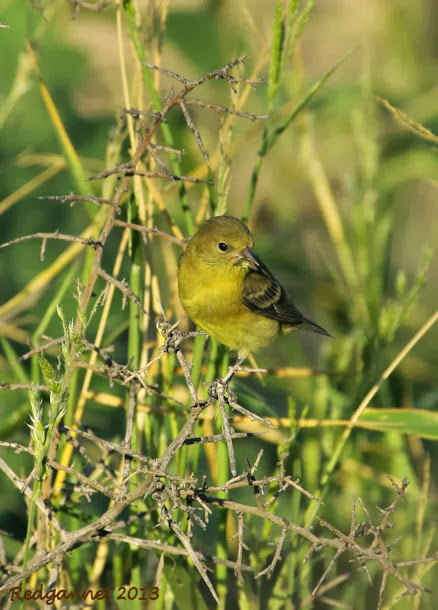 Posted by Redgannet at 17:18 No comments:

I have been searching through heaps and heaps of boxes full of old hard copy photographs and slides, trying to find a particular picture. I came across this old print from a few years back at Bolsa Chica.
This Snowy Egret certainly had ambition, but when the fish turned and came closer, it showed a prudent sense of self-preservation and backed off slightly. 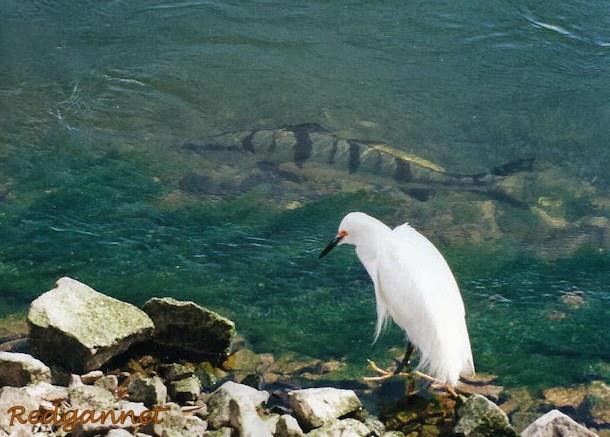 Can anyone tell me what kind of fish this is. I recall searching the nascent internet at the time, but found nothing. Now my conundrum is back to trouble me and I am still none the wiser.
Answers on a postcard please.
Posted by Redgannet at 00:23 No comments:

Mad dogs and Englishmen go out in the midday sun,

He knew he shouldn’t yet he,
Went out along the jetty,
The local chaps saw his slow collapse,
And smirked as he came undone.
Suited, booted, belted,
He melted.
In old Dubai, ‘neath a clear blue sky,
The natives are apt to sneer,
At a sun-struck fool, who has lost his cool,
At the end of a shadeless pier.
In Creekside Park, the Crested Lark
Looks after number one,
But mad dogs and Englishmen go out in the midday sun.


Today didn’t quite go to plan. The plan, such as it was, was to try and describe a route around the prime birding sites of Dubai. But it was fiercely hot and come Thursday lunchtime, traffic was already building for the weekend. I had to change my plans and decided on a short, gentle stroll through Creekside Park. 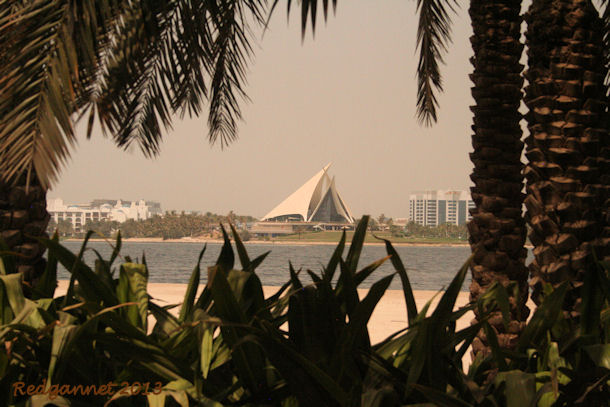 There are three entrances along the western edge of the park. The most southerly entrance is by the Children’s City at Google Earth ref; 25 14 7.66N 55 19 35.13E. Air conditioned bus stops here are a blessing when the heat hits you like a well aimed brick.
It was noon as I stepped from the cab and ridiculously hot. I was only likely to see the common birds that I have seen many times in Dubai, so what made me do this to myself I wonder. Anyway I persevered for a couple of hours in the midday sun and nearly did myself a mischief into the bargain. 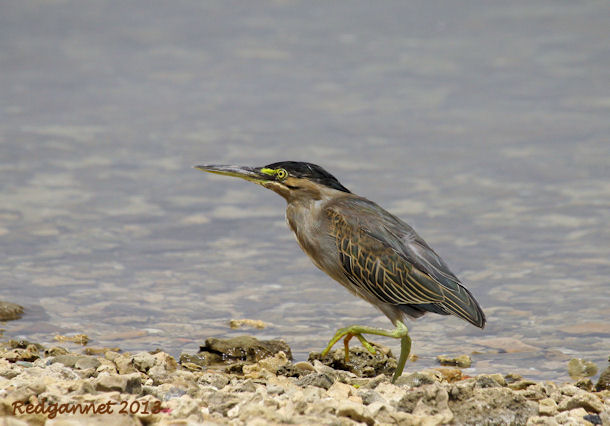 A Striated Heron was sheltering beneath a short jetty and I tried to creep up and take its picture. This meant stepping out from the shade into the full heat of the early afternoon. A very uncomfortable experience. From the end of the jetty, I could see a good number of birds shading themselves on the base of the supports for Garhoud Bridge and my curiosity got the better of me. I couldn’t get close enough to make a good identification, but I suspect that many of them were Red-wattled Lapwings.


There were a few of the lapwings on the shore of the creek as I walked along the beach. There were also a few Common Sandpiper, a Greenshank and some Whimbrel. One of the Whimbrel was trying to find some shade in the childrens' playground where the hot metal apparatus must have been torture for little hands. 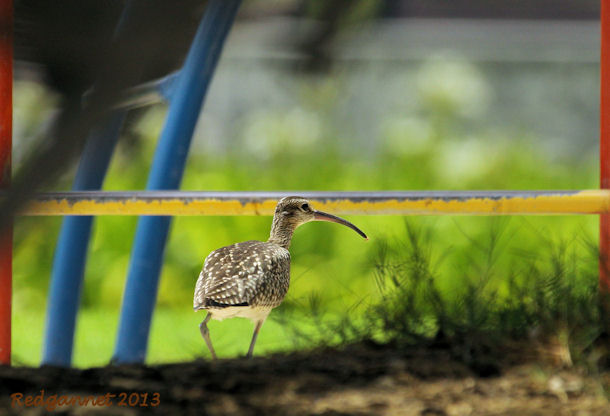 High above me the wires of the cable car system made a good perch for European Bee-eaters, Blue-cheeked Bee-eaters, and of course, loads of Eurasian Collared Doves. 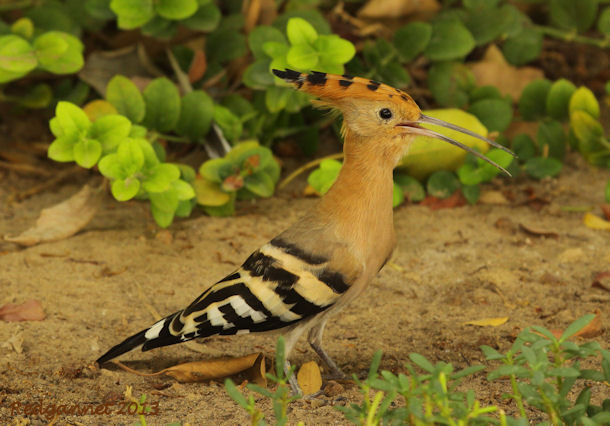 Down to earth in the park, Eurasian Hoopoes were as common today as I have seen them before. 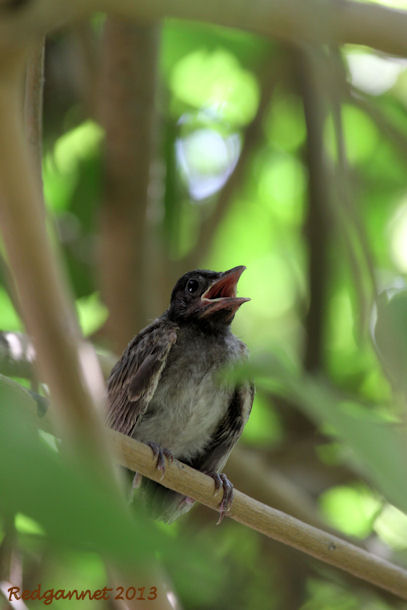 Most of the birds had made shade their priority of the day and I felt bad about flushing them and making them exert any energy in the stultifying heat. One moment of excitement came when I passed a treeful of White-eared Bulbuls and Red-vented Bulbuls in full squawk. Something had obviously upset them, but I couldn’t see what it might have been. There are a few feral cats in the park and perhaps one of them was threatening a nest. I gave the area a full look over and found a young Red-vented Bulbul. Perhaps the parent birds were getting very excited as their offspring left the nest.