The past two weeks have been spent on a family and friends visit to Australia. The social whirl created such a spin that we never quite built up the impetus to escape the gravitational pull of Brisbane and immerse ourselves in the ornithological extravagance of the northern parts of Queensland. Hardened birders amongst you will no doubt be aghast that the treasures of the Australian rainforests were left unplundered, but a couple of sites close to the city were visited during a sober moment and produced some red-letter highlights. 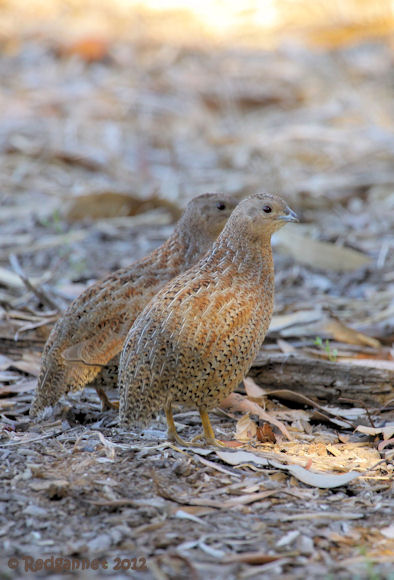 Red-backed Fairywrens and Brown Quail were seen during a visit to Oxley Creek Common. An exploratory visit by car was followed up by a second on a bicycle, so that the list would count towards the 10,000 Birds Year List. 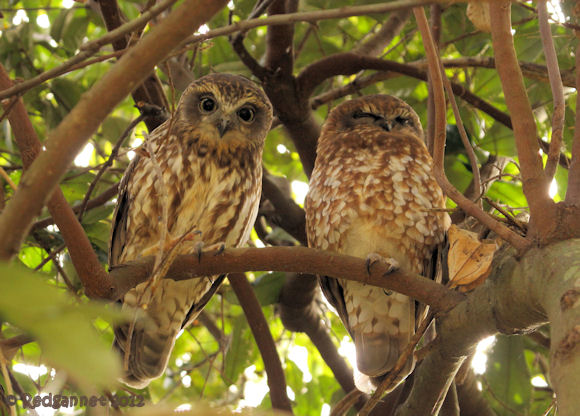 The Southern Boobook cannot be included however. Despite being my “Best bird of the weekend”, I had the loan of a car for the day and went on an intentional birdy walk which disqualifies them from my list. 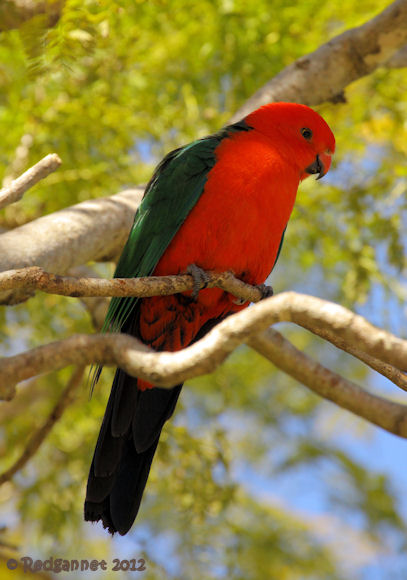 Australian King Parrots qualified as they were seen as part of an incidental drive into the hills inland of the city and Australian Scrub Turkeys were common in the neighbourhood of Paddington, rearranging the carefully laid bark chippings into huge mound nests.
Posted by Redgannet at 05:29