Catch up catch up. Back from Australia and straight back to work with barely a chance to even download my pictures from the holiday, get the camera back to the mender and then check in first thing in the morning for a double trip to Newark and Washington Dulles. 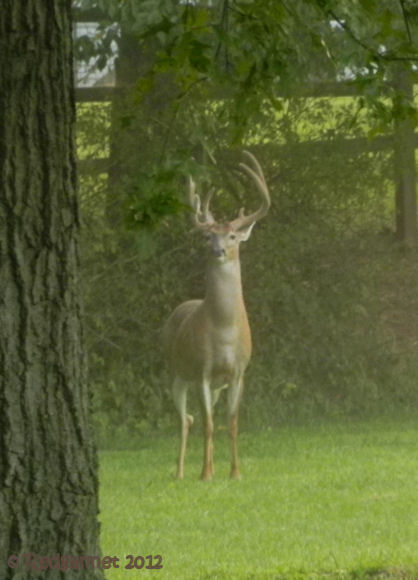 The return migration is probably warming up nicely as this is published, but at the time, I worried that I might just be a week or two too early in mid August. Just the same, I took a cycle down the road through the graveyards at Newark and was pleased to see a couple of young White-tailed Deer stags in the early morning mist. The advantage of a 15 hour time change is that early mornings are easy. 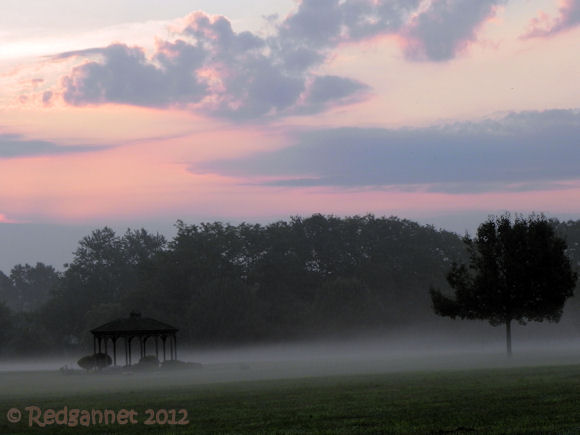 The “season of mists and mellow fruitfulness” seemed to be upon us as a gentle haze rose from the damp grass. The lightest of breezes encouraged it uphill as the sun appeared for the day.
I had not done very well for the north-bound migration, so I was hoping to catch a few early birds on the journey south for the winter. Menlo Park produced Black and White Warbler, American Redstart and Pine Warbler. Baltimore Oriole were seen on a couple of occasions, but only a Red-tailed Hawk sat for a picture before my battery died in the small camera. 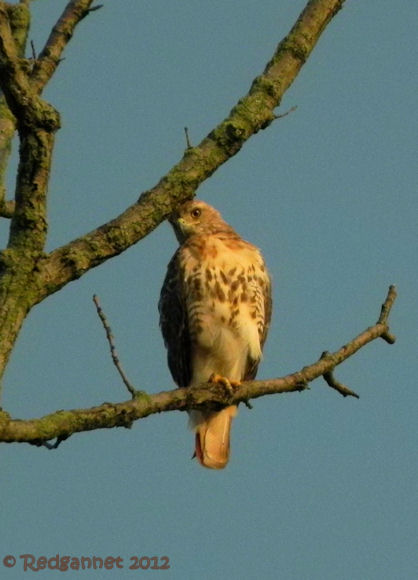 There are other posts describing the cycle routes around the Iselin and Woodbridge areas, follow the links below while I get on with the catching up.

To expedite the catch up process, a brief Washington post will be added here too. A visit to Raglan’s Wood produced some White-tailed Deer, but almost no birds. A cycle ride down to Great Falls River was more productive and very enjoyable in the sunshine. 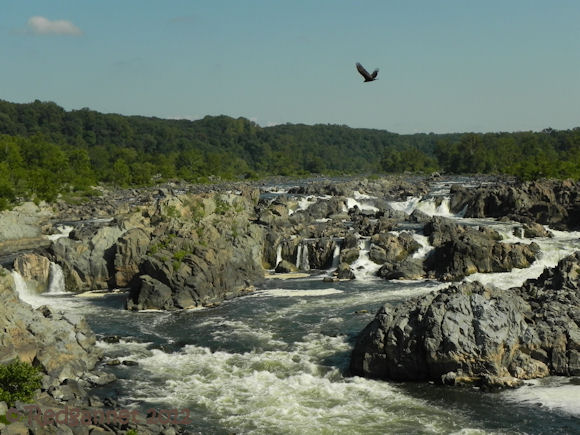 It was a busy Saturday at the park, with lots of people staking out picnic tables and getting the barbeques stoked up ready for the day. The Potomac River was flowing as gently as I have seen it, but more drownings occur during times of low water I am informed by the warning signs. 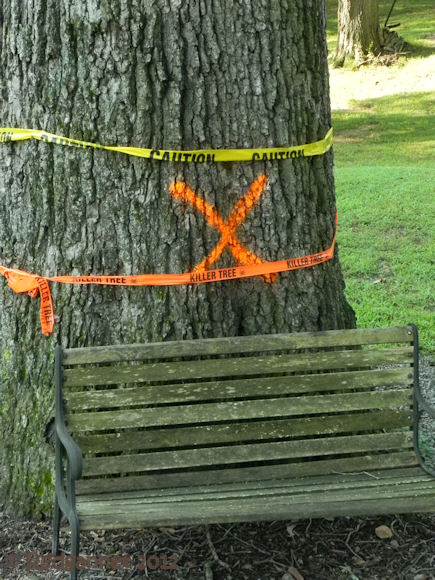 The river is not the only danger around here as I found when I stopped on the road to watch some White-breasted Nuthatches chasing each other around a ‘killer tree’.
A couple of new odonata were found including an American Rubyspot Hataerina Americana on the rocks below the weir and an Eastern Ringtail Erpetogomphus designatus. 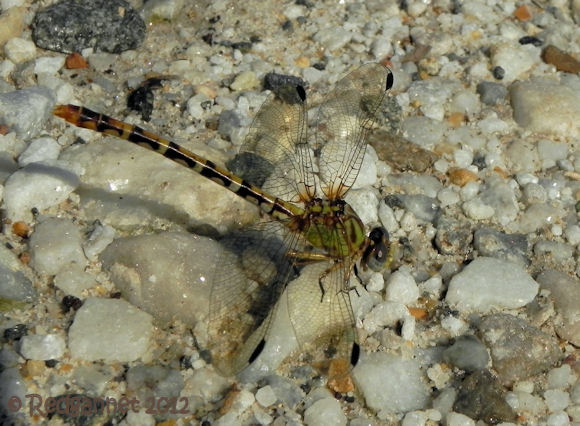 Visit the dedicated USA page and you will find more posts from IAD including Shenandoah National Park.
Posted by Redgannet at 23:35