This time my thanks go out to Shealagh Walker whose eBird contributions and subsequent reply to an RFI led me to Mount Ommaney Walkway. The first thing a visitor here notices is the bat roost. The golf course across the road plays host to a very dense colony of fruit bats who in turn tolerate a breeding community of Australian Ibis. 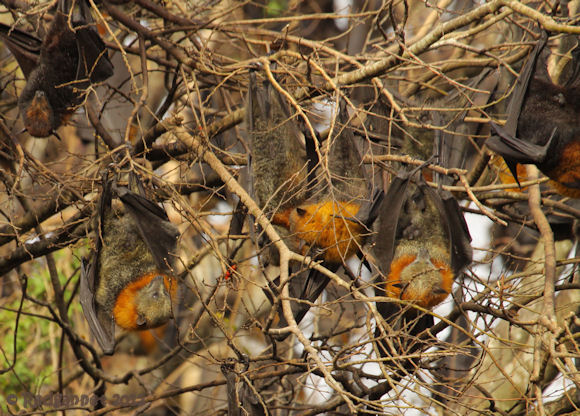 The walkway begins at Google Earth ref; 27°32'36.40"S 152°55'33.40"E and follows a track to the Brisbane River and along its bank. I ran into a party of birds almost as soon as I stepped into the trees. Grey Fantail, as ever, formed the nucleus of the group with Silver-eyes, Rufous Whistlers and Golden Whistlers feeding alongside. 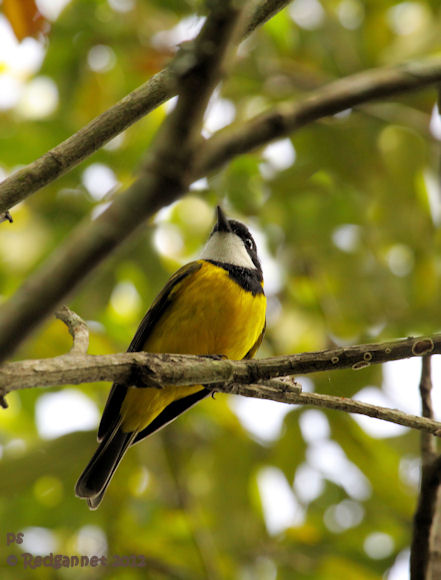 .
Numerous other parties all included the fantails, but the other revellers alternated with Brown Honeyeaters, Lewin’s Honeyeater and even a Fantailed Cuckoo showing briefly. 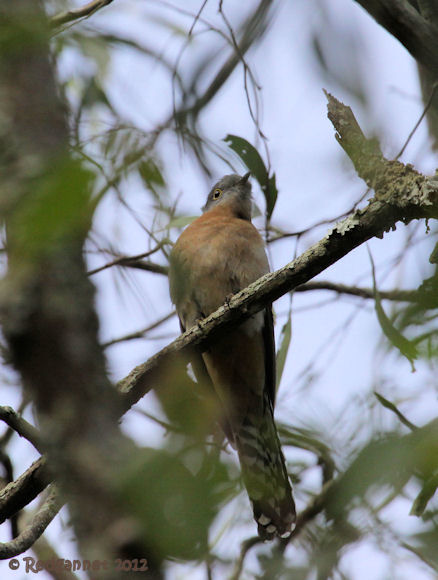 The path led me down to the river bank and almost into another world. The far bank was rough pasture with what I took to be a farmhouse in the distance among the eucalypt trees. Behind me was a small wood and it appeared that I had been cut off from the suburbia of Brisbane that I had been hoping to escape all week. 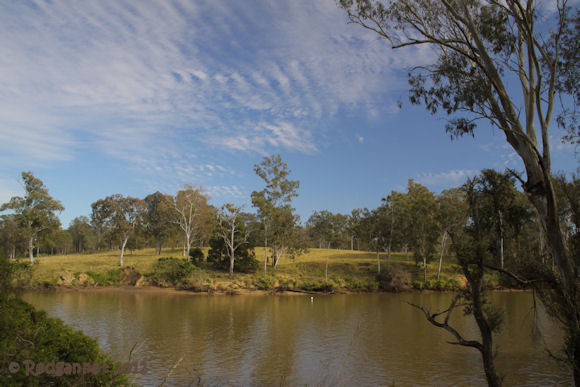 It was a delightful scene, but I had to drag myself away and back to the world of owl-spotting. I had been primed to look out for a small hawk-owl known as a Southern Boobook. The described location had been thoroughly searched on the way out and a subsequent scouring on the return similarly failed to turn up my quarry. 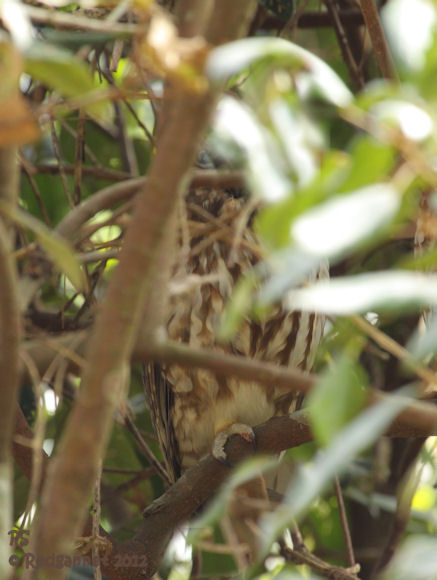 Just as I picked up my bag to head back to the car (how many times does this happen? Perhaps I should give up earlier in the piece next time I am searching for something), a streaked belly caught my eye through an open patch in a densely leafed tree. I was able to adjust my position without disturbing the owl only to find that there were two of them. Shealagh had told me that as many as three had been seen in this area before now, but I was more than thrilled with just two. 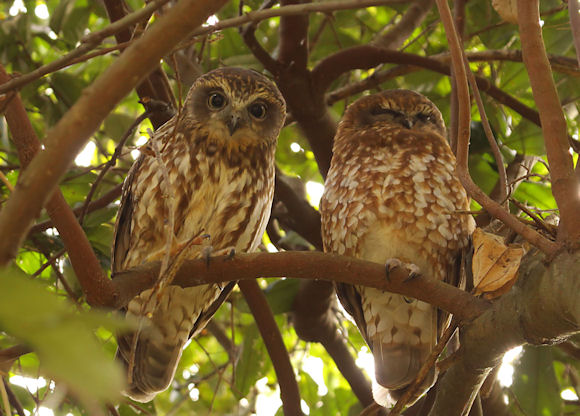 Visit the dedicated Australia Page for more from the region, including Powerful Owls from Sydney.
Posted by Redgannet at 22:53