The Botanical Gardens in Chennai sounded like a great place to visit and a couple of conversations with Chennai residents, suggesting that the gardens are slightly unkempt, raised my anticipation. Sadly, as so often happens, neither concierge nor taxi driver could decide where to go looking for the gardens, so I had to fall back on what I know and take a visit to the Theosophical Society instead. 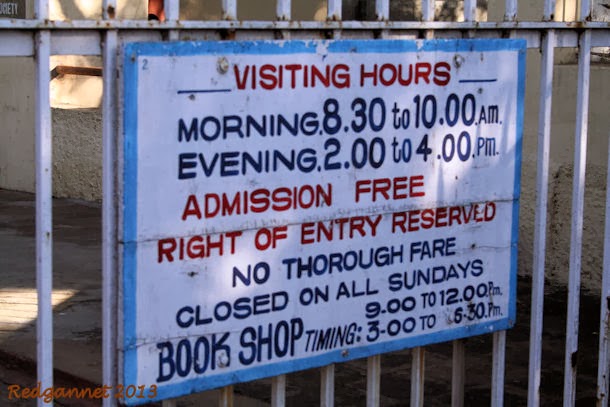 I am told that the grounds cover 260 acres (this figure probably includes Besant Gardens on the other side of Besant Avenue) with the Adyar River running along the northern edge. Despite the very attractive mature woodland, I was strangely drawn towards the river.The water is not accessible though with only occasional glimpses of the islands through the bank side bushes. I had foolishly squandered my visit looking for common birds that I have seen well and frequently on very recent trips to India. 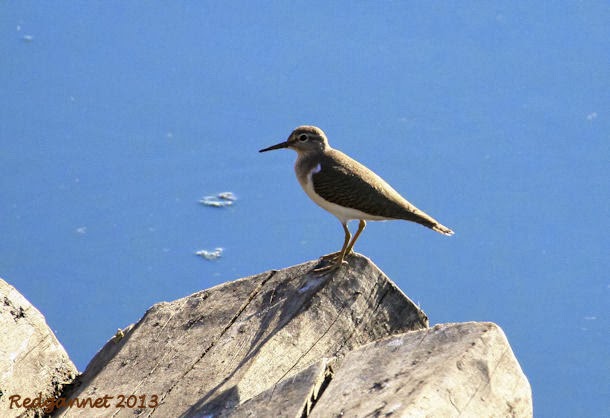 The grounds of the Theosophical Society are only open briefly during the day, so it is important to make the most of a visit. The only passerine seen along the river was a flock of Yellow-billed Babblers. 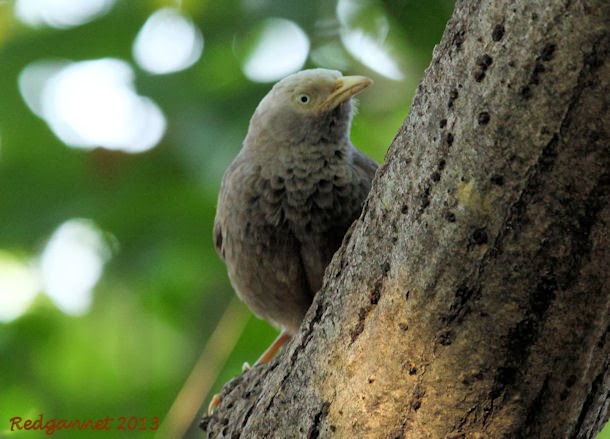 On my way back to comply with the 16.00 closure, a few woodland birds were seen. In a huge Banyan Tree, which I am given to believe is 450 years old, male Asian Koels seemed to tolerate each other amongst the huge glut of fruit. 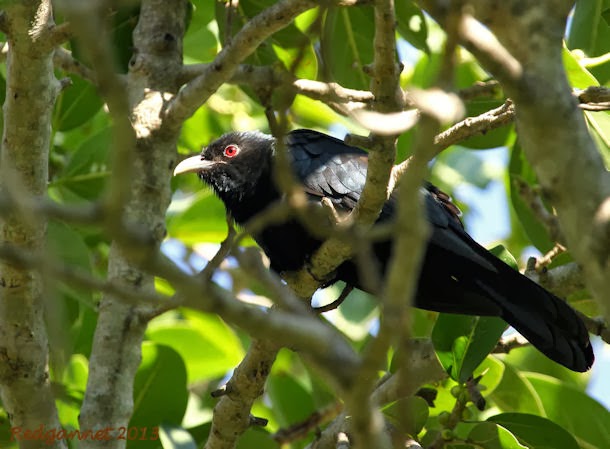 A handful of Rose-ringed Parakeets made the trees sound as if they were full of birds. One bird had me reaching for the field guide. At first I thought it was an Ashy Minivet, but it would have been way out of range and no pale outer retrices were visible. I settled reluctantly on the P. c. pallidus form of the Small Minivet as there were no other candidates. 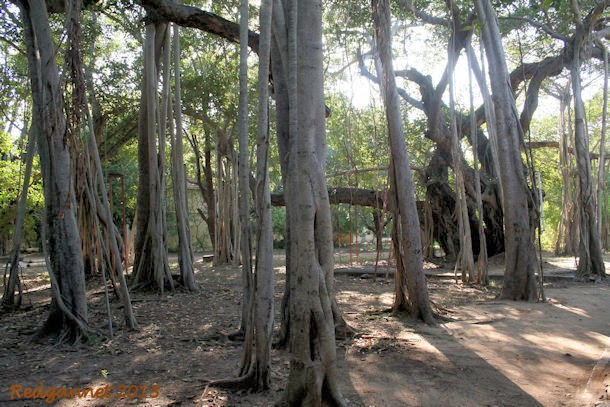 Some beautiful old colonial buildings can be seen as they slowly fall into disrepair amongst the trees. The groundsmen have resisted the inclination to domesticate the woodland with only a couple of roundabouts and meditation areas showing any signs of a gardener's touch. The paved roads are kept clear and occasional patches of undergrowth are cleared by a man with a bush knife and a bullock cart. This relaxed approach leaves a very natural feel.
The grounds are open for 90 minutes in the morning between 08.30 and 10.00, then again in the afternoon for two hours from 14.00 'til 16.00. There is no charge for admission. Two gates are guarded; one just on the southern side of Adyar Bridge at Google Earth ref; 13 0 37.44N 80 15 33.84E)  and the other on Besant Avenue.