Pilanesberg National Park was busy today. A weekend during the school holidays is always likely to be busy, but rightly so, Pilanesberg is a wonderful place. It covers over 500 square kms so even the main roads were quiet enough to allow a bird watcher to stop and enjoy the bird song of a southern spring. The hides were popular with families but the children were, without fail, very well behaved. 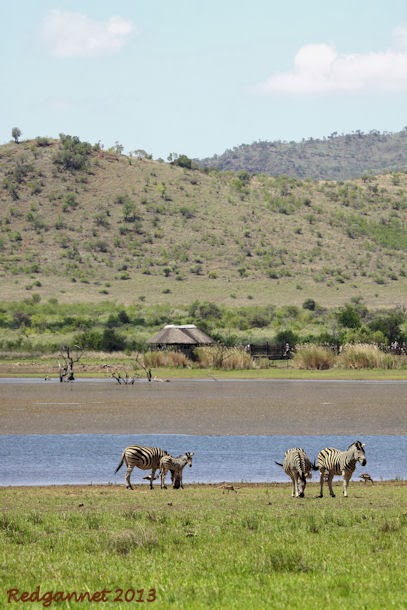 I was late at the gate which had been open for an hour already. Southern Masked-weavers had formed a colony beside the booth and were my first birds of a list that included 95 species. An unmade road turns off from the tarmac a short way beyond Bakubung Gate. A Groundscraper Thrush vied with a Zebra for my attention, but the Zebra won. 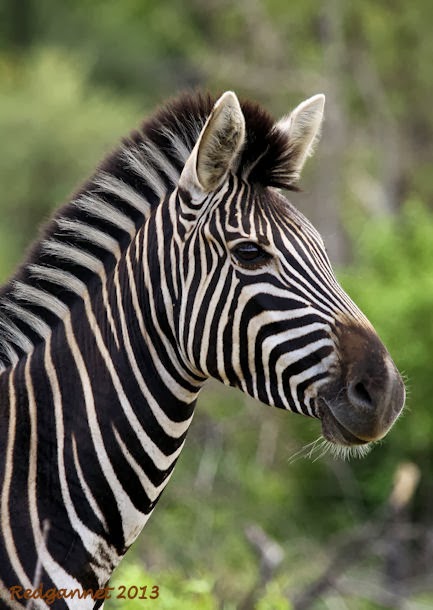 Lark song filled the air with the Rufous-crested Lark immediately recognisable; a clear 3- noted slur with a flap of the wings for added interest. 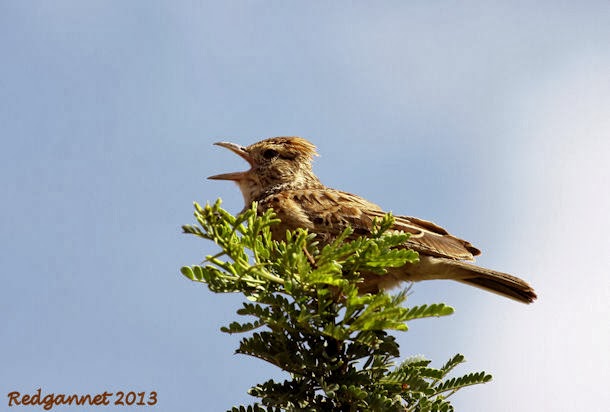 I was surprised to see a flock of Maribou Storks (what is the venary term for Maribou Storks? Perhaps a vigil?). One confronted a juvenile African Fish Eagle which had come to ground beside Lengau Dam. There was a slight altercation before the eagle backed off and left the stork to gulp down a disembodied wing. African Fish-Eagles will take ducks and have often been seen hunting through large flocks of flamingo. This young eagle may have taken to supplementing its diet until it can perfect its hunting technique to catch its more traditional diet. In North America (please correct me if I am wrong), Bald Eagles feed either exclusively on fish or feather, but seldom mix the two. I wonder if African Fish Eagles make similar diet choices. 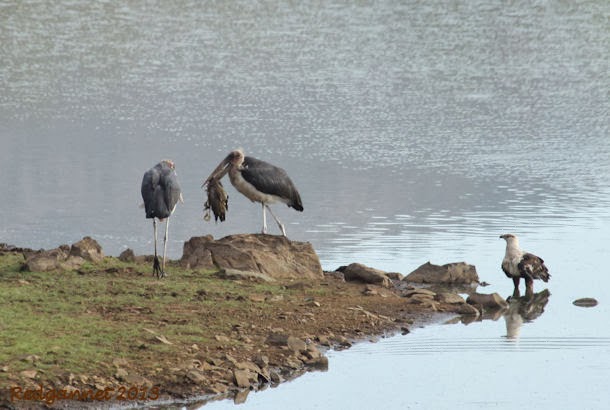 In the distance a group of 5 White Rhino grazed peacefully on the lush grass. There has been some rain and the park looked as green as I have ever seen it.  I headed back onto the main road and made for the hide at Mankwe Dam. The water level was lower than my last visit, so the kingfishers didn’t put on such a show, but a Barn Owl was seen, roosting in the thatch. 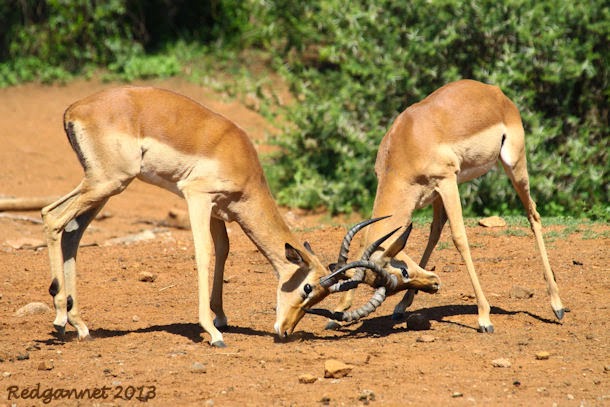 At the Pilanesberg Centre, a group of young male Impalas had been attracted by the salt lick. They gather in groups like this when they are driven from their parental herds and spend time amongst their peers, sparring and practicing their claims to be a breeding male. A shoving session broke out and provided an exciting distraction over breakfast. 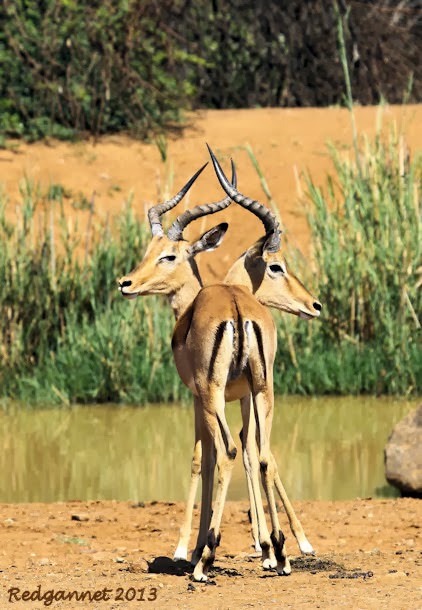 I had intended to take a gentle drive up to the hill overlooking the dam and spend the heat of the day taking it easy at the Fish Eagle Picnic Site. On the way, I spotted a large bull Elephant moving away from the dam and was able to get ahead of him as he came to the road. He looked quite grumpy and I was pleased to be ahead of him in case his temper flared. 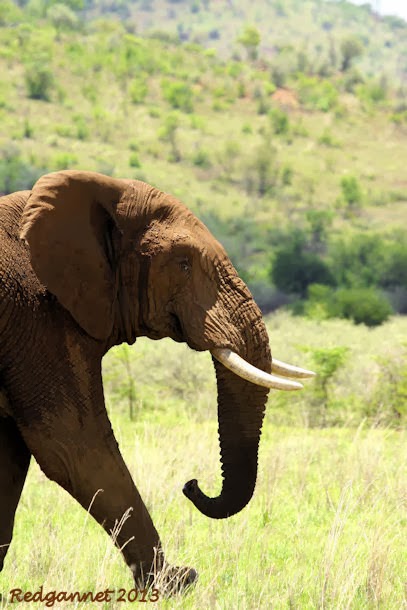 A notice at the picnic site (which is enclosed by a mesh fence to cage the humans in the animals’ habitat), informed me that it was shut due to an Elephant infestation. Sure enough a section of the fence had been trampled making it possible for any humans inside to escape into the wild. 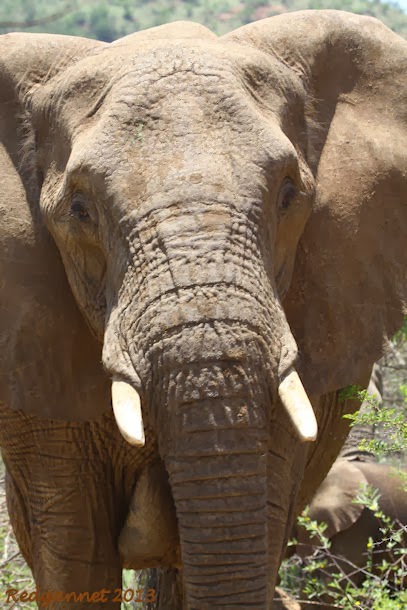 The hide at Dithabaneng took preference as my rest stop for the heat of the day, but elephants were to thwart that idea too. A small herd of around a dozen were seen very close to the road with a very tiny calf. This looked like the same herd that I had seen on my last visit, but the baby was, if anything, even smaller. On both occasions, I found the herd in the same area of the park and in both cases, the mother cow was radio-collared. I will try to compare the photos from the two encounters. 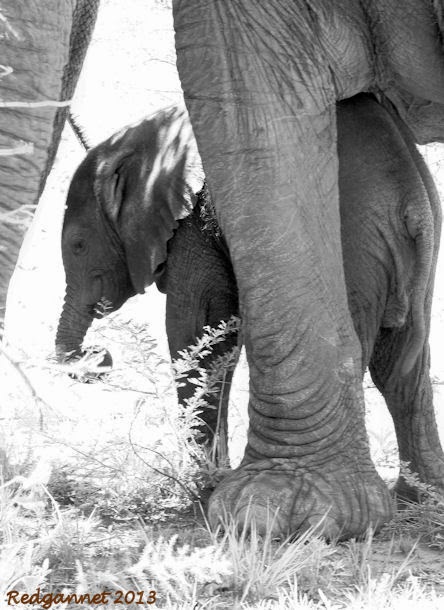 I had been having difficulty catching the light this week and during this encounter, my pictures were all ridiculously over-exposed, so I have converted this shot to monocolour in an attempt to save it. 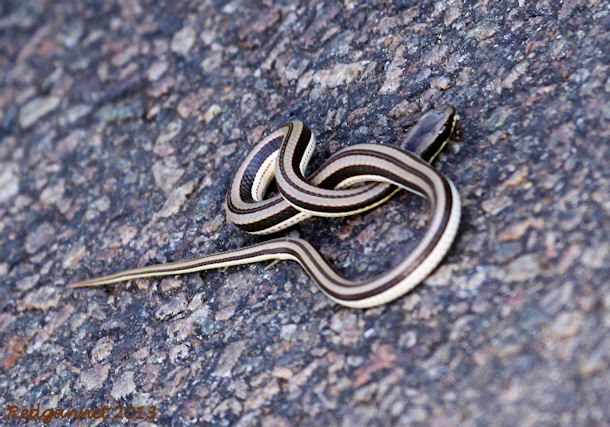 In the middle of the road a tiny snake coiled and writhed. I suspect that it might have been run over by a car. Any suggestons for a name will be eagerly received.I have in on good authority from various members of the Snakes of South Africa Group, that this fella is a Striped Skaapsteker,Psammophalax tritaeniatus. Thank you to Kobus Seegers, Jacobus Ferreira, Rian Stander, Daniel Louw and an enthusiastic stab from Wendy Fox.
At Rothlogo Dam a Hippo had hauled up directly beneath the viewing opening, allowing the closest view I might ever wish to have of a wild one. 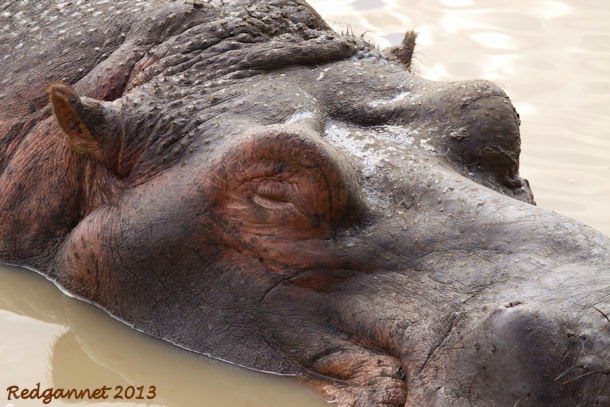 Rains have come to Johannesburg, and the animals have been birthing there for a while already. The Impala lambs in Pilanesberg, 120 miles to the west of the city, are much smaller as the rain came later and the mothers retained their young until conditions were suitable. 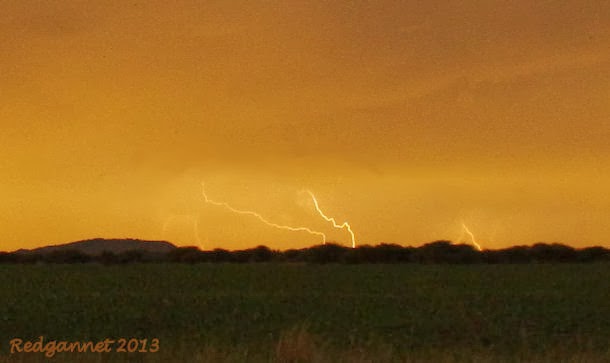 A fantastic storm raged on the way home. Lightning flashed across the sky, but I couldn’t catch it as well as I had hoped. The hills of the Magaliesberg held the rains in the east, so this might be the reason why the animals here are younger than the ones to the west. 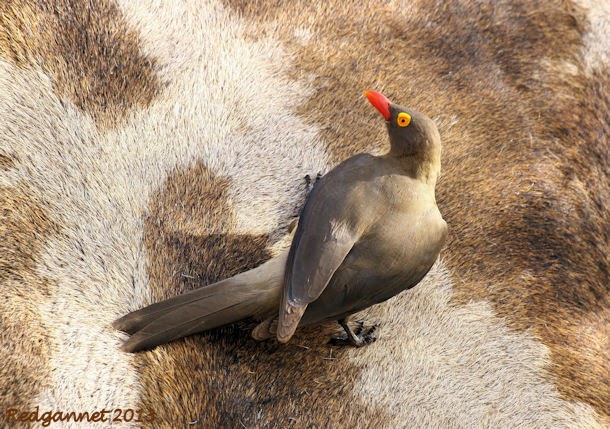 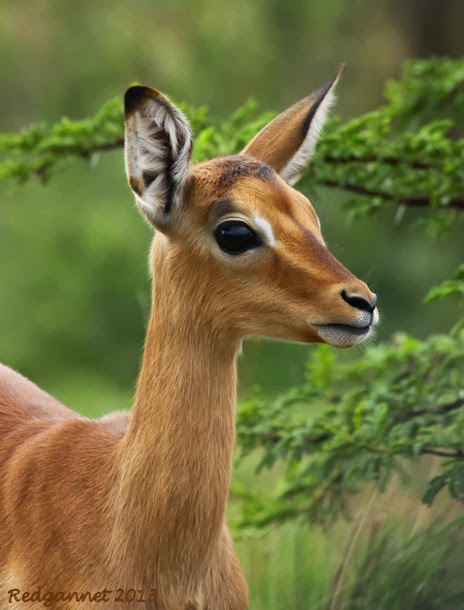 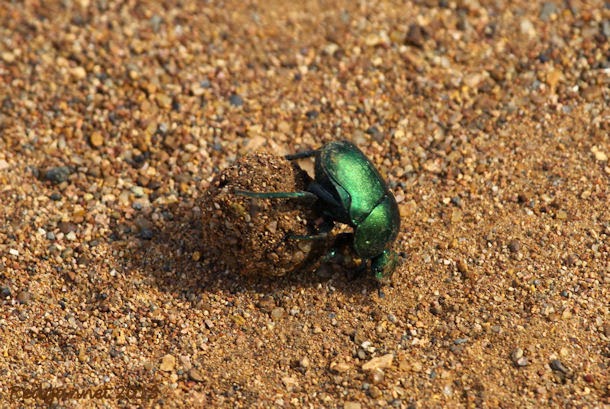