This post is written in homage to the Singapore Botanic Gardens whose previous post has proved, by far, to have been the most popular on this blog. My pilgrimage began from the new Botanic Gardens MRT station at the north end of the gardens. 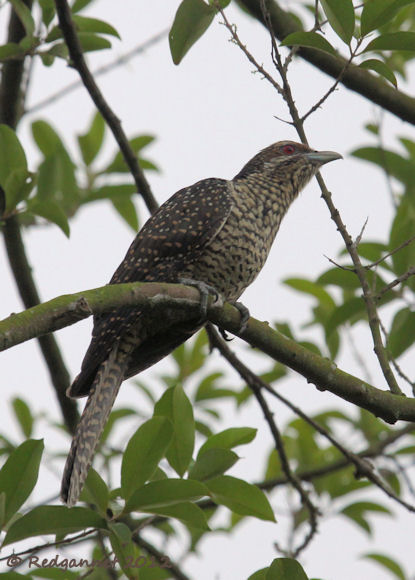 A male Asian Koel showed brilliantly in the low dawn light but flew before I could get the camera trained on him. Luckily, a female replaced him almost immediately and sat for a moment. Eco Pond can be found at this end of the gardens and has matured greatly since my first visit. It used to be possible to get a close look at the birds on the island from a short boardwalk that reached out into the lake. 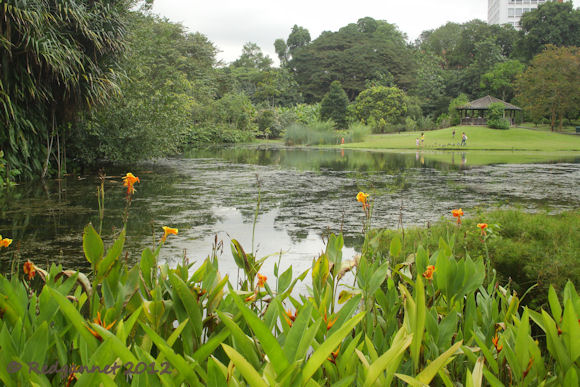 This has sadly been removed and I had to check off the Pink-necked Green Pigeons, Yellow-vented Bulbuls and Yellow Bittern from a distance. Australian Black Swans grace the lake with their presence, but are there as exotics. The approachability of the Lesser Whistling Ducks always makes me wonder about their provenance. 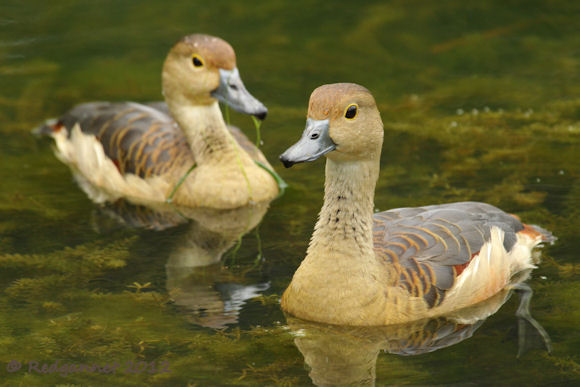 Another birder was circling the lake in the opposite direction and we joined up for the morning. Bob, from Birding 5s, works on the basis of only knowing 5 birds well at any one time. He was in Singapore for even less time than I was. A flock of Tanimbar Corellas flew over. Tanimbar Corellas were only described properly in 2004 after the original Goffin’s Cockatoo was found to have been described from 2 unrelated birds. Again the provenance of these birds disqualifies them from the list below. We walked along the lower path parallel to Cluny Park Road in the hope that we might come across the Red-breasted Crake, but no luck there. The path slopes up to where the visitors centre sits atop a ridge. From the ridge we were able to look out over the Symphony Lake and check the palms on the small island. A couple of tiny Blue-crowned Hanging Parrots were seen on the gently bending fronds. In the far distance, a White-breasted Kingfisher was perched high in a tree and a Blue-tailed Bee-eater flew high, fast and direct across the open area. The rainforest area was very quiet today with a few calls heard, but only one Asian Brown Flycatcher seen high on a snag. Bob had a flight to catch, so we took a quick amble around the lake before he had to head back to the airport. 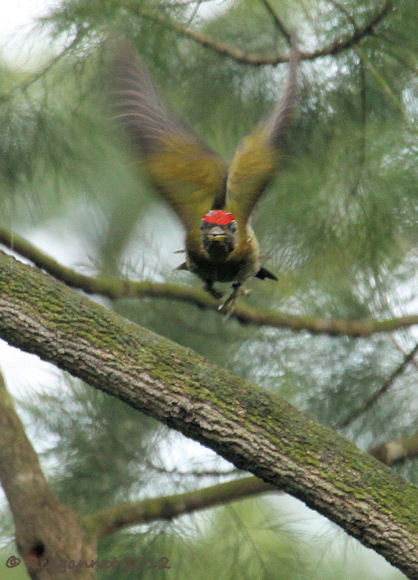 A Laced Woodpecker stopped on an overhanging branch ahead of us. This action shot was the result of a fluke as all my settings were wrong. 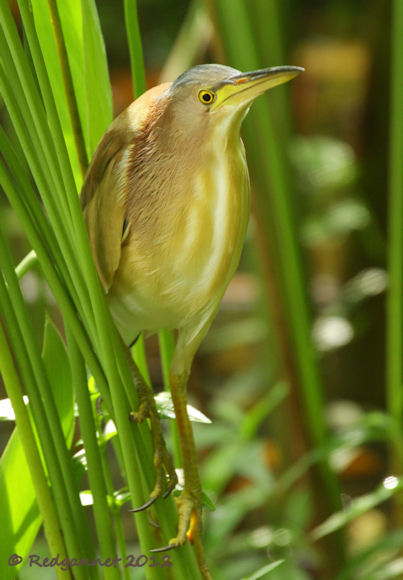 The Yellow Bittern however gave us all the time in the world to get some shots. After Bob left, I took another look in the forest as I was sure that it must have more to offer today. 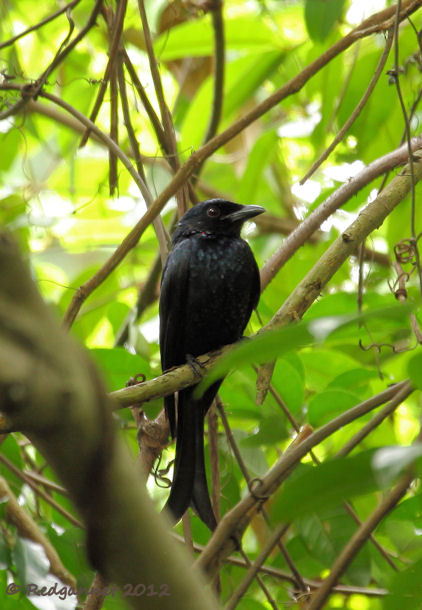 A Black Drongo was calling madly but was perched deep in the gloom. The Live View on Canon’s DSLRs allows the mirror to be locked up and vibration reduced. Luckily the drongo sat very still for the long exposures. 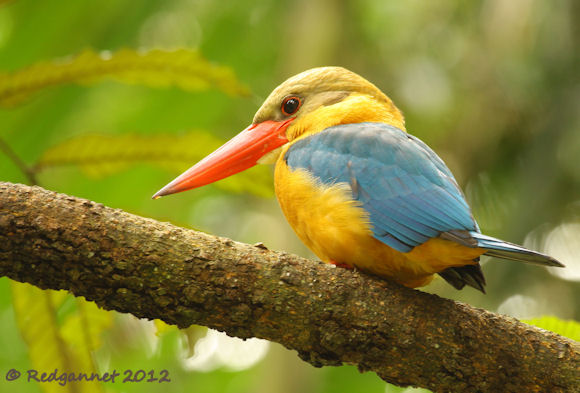 In the Ginger Garden, one of the workers took me by the hand and led me to a tiny pond watched over by a Stork-billed Kingfisher. 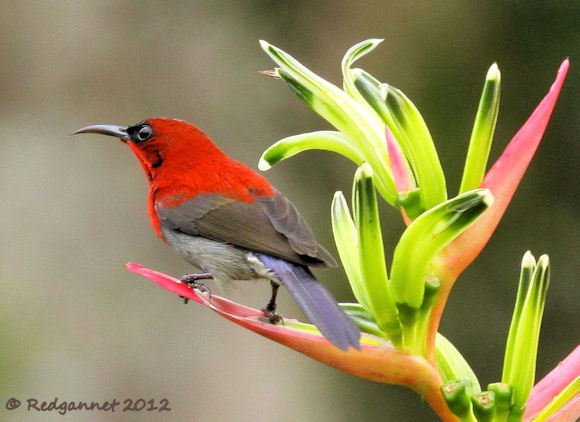 Heliconia Walk passes between beds of the Bird of Paradise flowers. A Crimson Sunbird came to feed from the nectar and an Olive-backed Sunbird followed shortly afterwards. 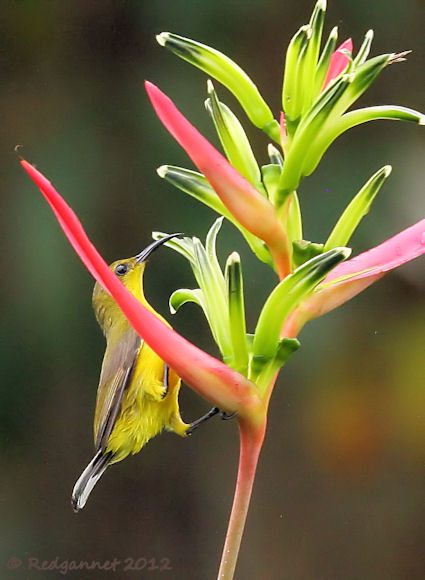 I began to think that this would make a good place to wait for a while during my next visit. The gardens are rich dragonflies as well as birds and the heat of midday had stirred many into life. 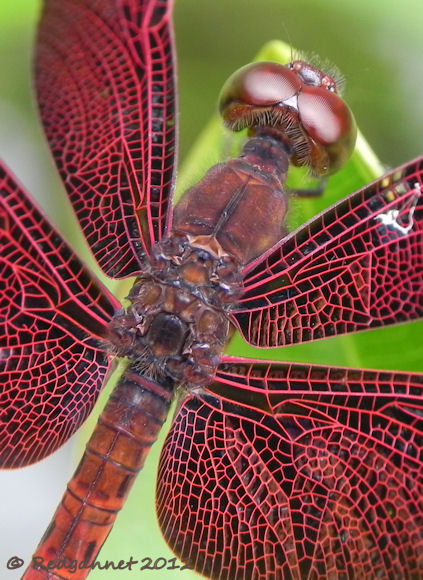 A selection is included below as well as a link to a previous odonata-heavy post from the gardens. 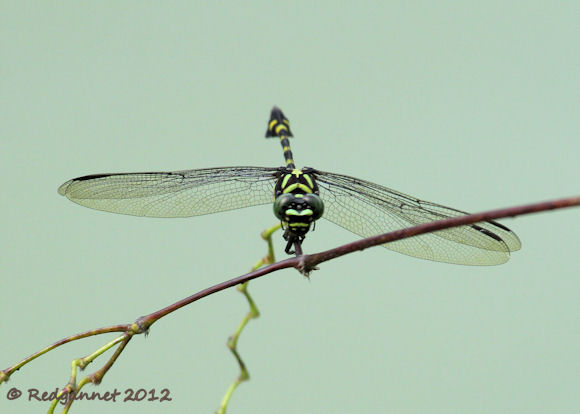 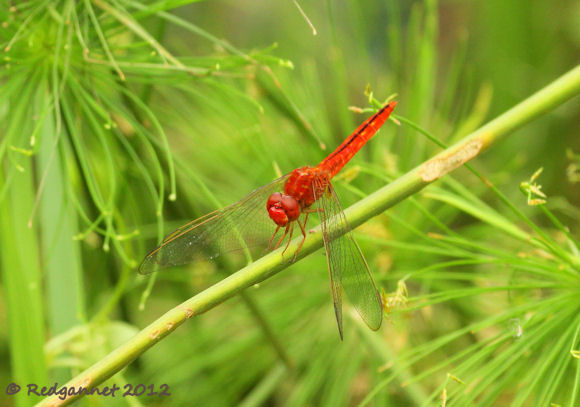 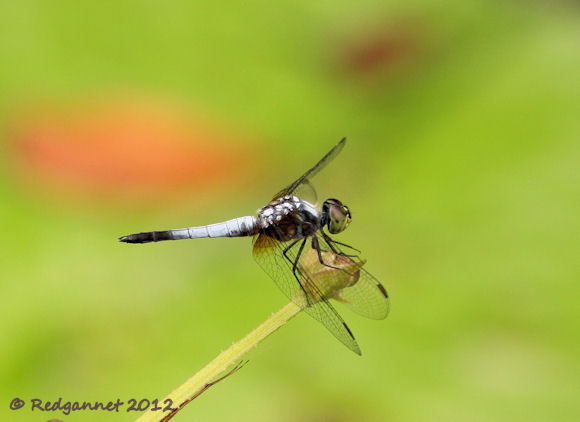 The odonata watching took me for another tour of the Symphony Lake and I enjoyed another close encounter with a Yellow Bittern (before the blackmail begins, I must confess to having called it a Cinnamon Bittern when anybody stooped to ask). 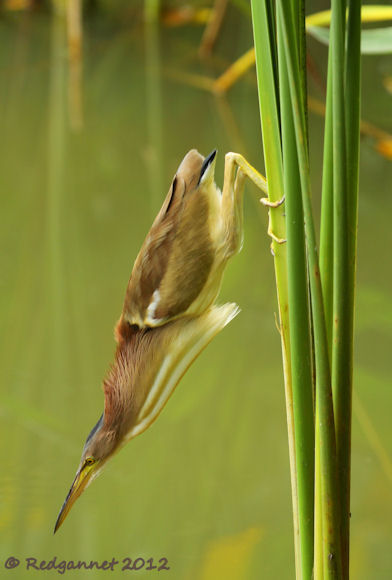 A photographer with a big 500mm lens joined me and had to stand back on the path to achieve his minimum focusing distance. A Banded Woodpecker and a Stork-billed Kingfisher stopped into the tree above us as we watched the Bittern. On my way back to Eco Pond as I was leaving the gardens, three Black Bazas flew over. 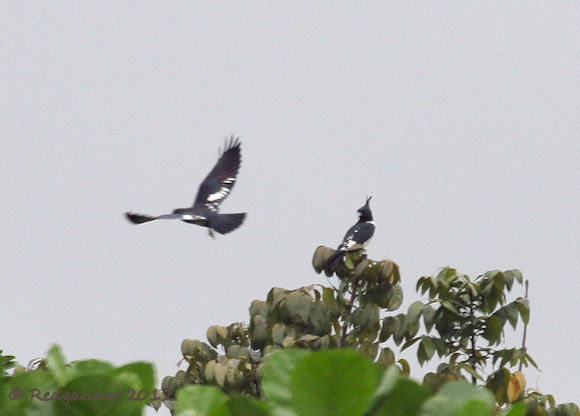 They landed in a distant tree, but would not settle and this was the best look that I had. It was here that I met a couple who spared my blushes by correcting my Cinnamon Bittern error. I had some nice pictures and was already planning a 10,000 Birds post and I would never have lived it down if the post had gone live with a mis-ID. 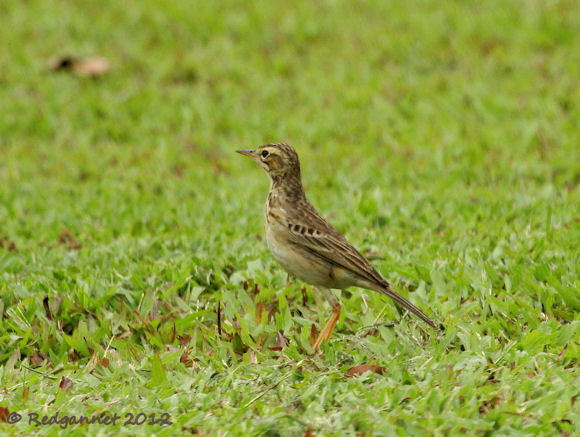 They also saved me a lot of trouble identifying a Paddyfield Pipit, which has replaced the old Richards Pipit.
Birds seen; 28

Visit the dedicated Asia Page for more posts from Singapore, including; Sungei Buloh, Central Catchment Area and Paser Ris.
Posted by Redgannet at 10:14