Paser Ris had already managed to outdo itself this week and it may have been expecting just a little too much for it to reveal any more of its treasures this morning. I had returned in the hope that the Mangrove Pitta would put in another appearance, arriving early and waiting by its favoured habitat. A few other Singaporean cameras had similar hopes and Ashy Tailorbirds passed through as we waited. 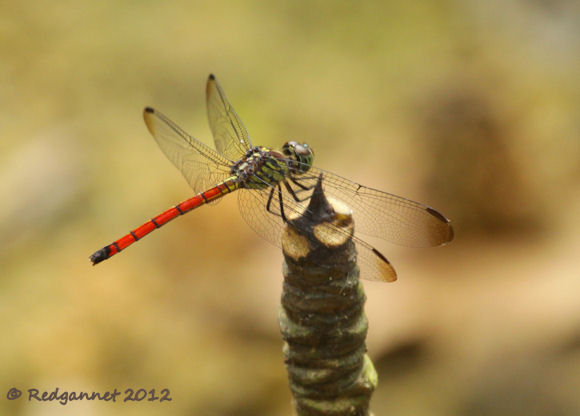 A bird of prey perched nearby during our vigil, but was badly silhouetted and I can only guess that it may have been a Honey Buzzard. A dragonfly has also gone begging as I cannot find any suitable matches for it. All thoughts are welcome of course. By around mid-morning, there had been no sign of the pitta, though there had been some disturbing stories about local cats prowling the area. I couldn’t decide whether to persevere for the pitta or to try and salvage something from a morning that was fast ticking away. The arrival of the beautiful Toh sisters tempted me from the mangroves and we took a turn around the rest of the park as the day heated up. It was pleasant, but ornithologically quiet. 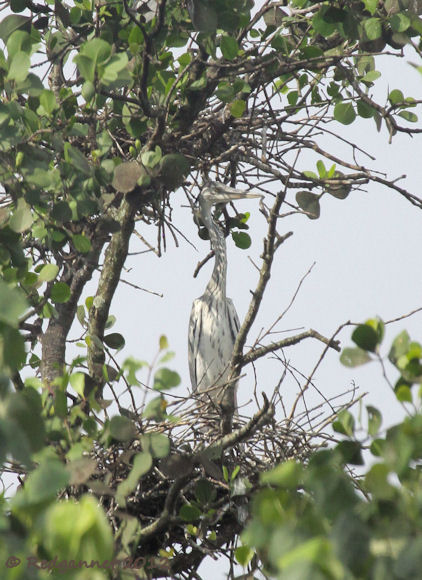 The normally raucous Collared Kingfishers were strangely muted and the birdlife was sparse. Some of the very common birds came out to be seen; Black-naped Orioles showed well and the Grey Herons made plenty of noise as we passed their rookery. Jacqui and Sherwin were new to this bird watching lark so it was fun to share their enthusiasm. An Oriental Magpie Robin looked to be collecting nesting material, but the otters didn’t show and we could not find the owl. 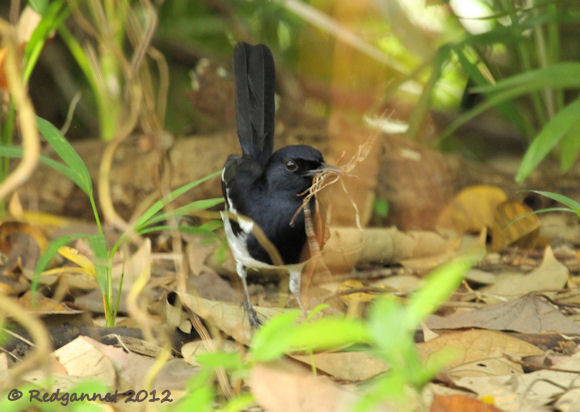 From the platform overlooking Sungei Tampines we watched a Striated Heron for a while, stalking deliberately along the bank and noticed an Ashy Minivet in the mangroves. I didn’t realise it at the time, but Paser Ris had given up its third lifer for me this week. Eventually, the ladies had to move on and we returned along the boardwalk and said our goodbyes. 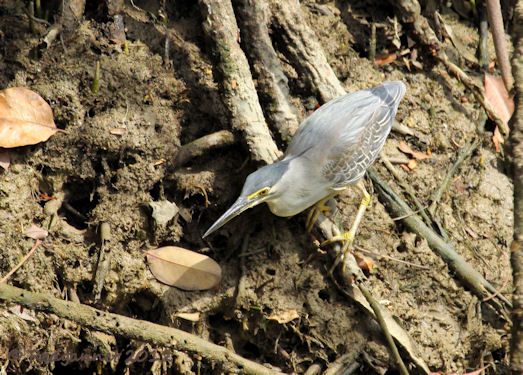 Birds seen;
Grey Heron 30 Little Egret 1, Striated Heron 1, White-breasted Waterhen 1, Common Sandpiper 1, Spotted Dove 5, Zebra Dove 2, Long-tailed Parakeet 3, Asian Koel 2, Copllared Kingfisher 4, Common Kingfisher 2, Pacific Swallow 6, Ashy Minivet 1, Yellow-vented Bulbul 3, Oriental Magpie Robin 2, Ashy Tailorbird 3, Arctic Warbler 1, Asian Brown Flycatcher 1, Plain-throated Sunbird 2, Black-naped Oriole 12, House Crow 4, Asian Glossy Starling 60, Javan Myna 30, Nutmeg Mannikin2.
I wanted just one more look for the pitta, but there was still no sign of it and I took a final flyby of the platform before heading home. Here I met Jerry Loie. We got into conversation and before long I was in his car being whisked away to a site that I had not previously heard of. 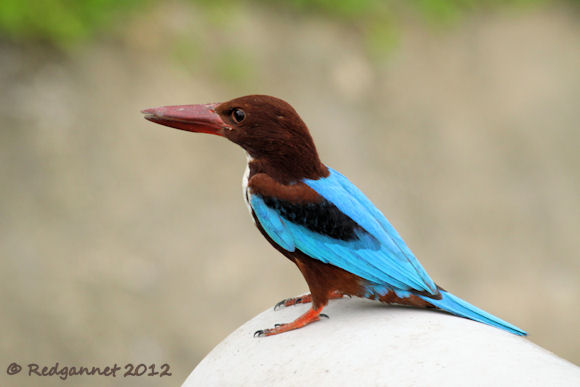 The Lorong Halus Wetland (Google Earth ref; 01 23 43N 103 55 22E) had been built over an old landfill site, but is not easily accessible without a car. Taxis would not be available from here unless specially called (Punggol LRT station is within 3kms, but I cannot vouch for access). Jerry stopped along the approach for a Purple Heron and a White-breasted Kingfisher which dived into the roadside verge to catch a lizard (Skink?). 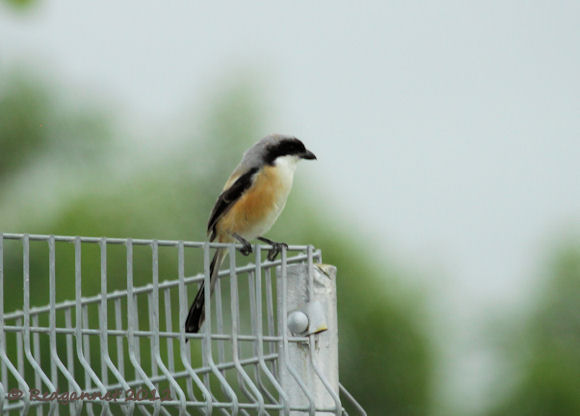 The site may take a few years to mature, but already attracts Long-tailed Shrike. From there we continued just up the road to Serangoon Reservoir for a quick look at the Little Grebes, but were hit by a huge downpour. Thanks to Jerry for driving me around and dropping me back to the station afterwards.
Birds seen;
Purple Heron 1, Eastern Cattle Egret 25, White-throated Kingfisher 4, Long-tailed Shrike 1
For directions and more posts about Paser Ris, follow the links below;
http://redgannet.blogspot.com/2009/05/singapore-paser-ris-park.html
http://redgannet.blogspot.com/2010/07/singapore-botanical-gardens-paser-ris.html
http://redgannet.blogspot.com/2012/02/day-of-days-at-paser-ris-singapore.html
Visit the dedicated Asia Page for more posts from Singapore including; Singapore Botanical Gardens, Sungei Buloh and Central Catchment Area.
Posted by Redgannet at 21:53