In a perfect world there would be enough time in the day to write up the posts from Singapore and Australia as well as going for a walk through the park in the snow. With so many pictures to sort through from last week, I felt that the best thing to do would be to go out and take even more.

I made it as far as the Little Owl who was not showing when I reached its oak, but came to the front of its hole in response to the sun breaking through the cloud. 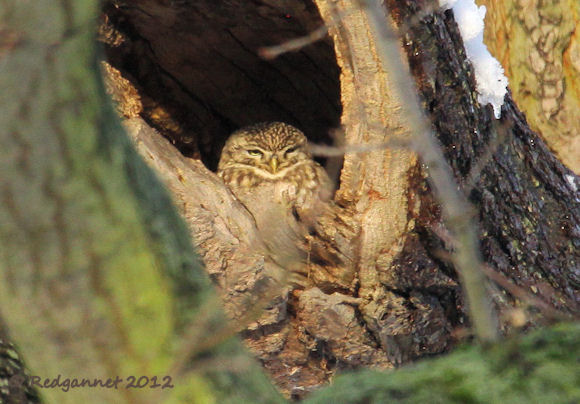 Two male Goosanders (Common Mergansers), had been reported from Mote Park Lake, so on the way to meet my son, I dropped in for a quick look. They were on the south side of the lake and I had chosen to traipse along the north shore, so they were a little distant, but quickly recognisable. Another birder had reported a couple of Smew females that had taken off and could not be relocated. A Water Rail flicked away into the far corner of Old Pond as I approached, but showed a bit better on my return journey. 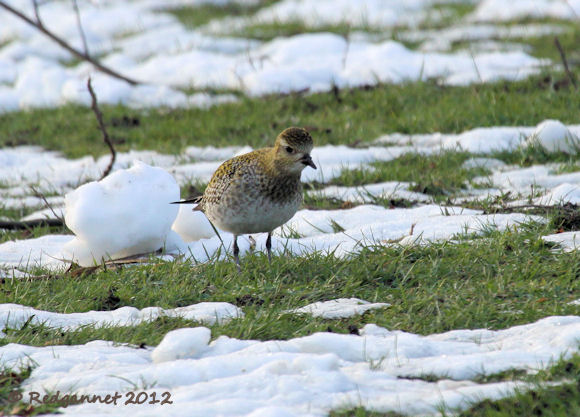