From Singapore, our itinerary continued to Sydney, Australia. From our slip hotel, within the carry of the short boundary at SCG,  is the wonderful Sydney Botanical Gardens and it was a pleasure to be accompanied by my beautiful colleague MS. It was amusing to find someone who walks even slower than me and who is even more easily distracted than I am. 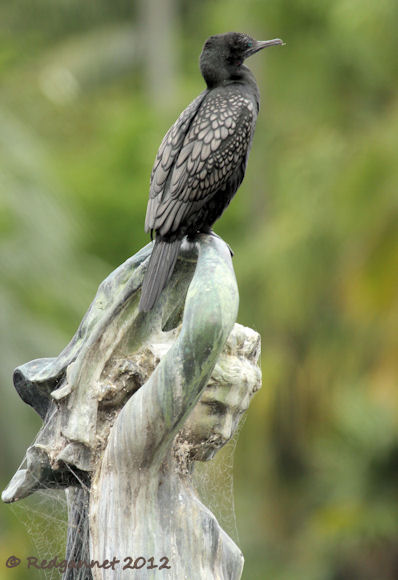 Fuelled by carrot cake and with a plan to find Tawny Frogmouths and Buff-banded Rail, we hoped to be back at the hotel within a couple of hours, but with two such unfocussed amblers, we were still there by mid-afternoon. 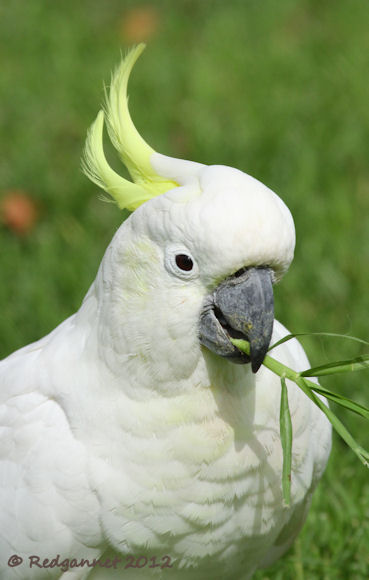 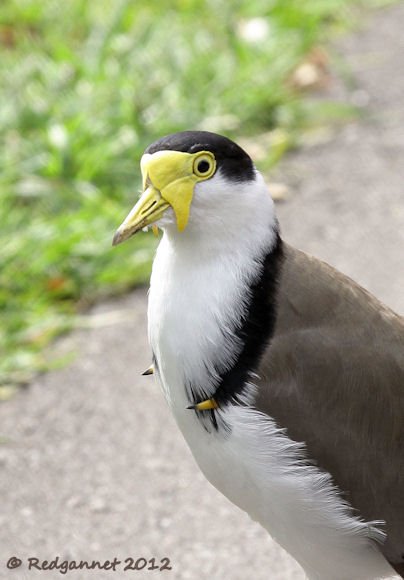 The Grey-headed Flying Foxes are still in residence despite the best efforts of the rangers to move them along. The bats are protected and cannot be physically relocated, nor chased or scared away. The rangers' have deployed various methods to deter the bats from ruining valuable trees as they roost, but to no avail. 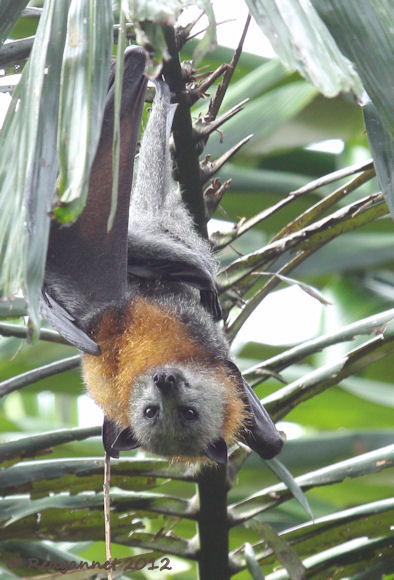 Garden Orb Spiders spun their huge webs across paths and between trees. Of all the toxic creatures that you might find in Australia, especially in the same backyard as the Redback and the Funnel-web Spiders, this horrific looking one is actually pretty innocuous. 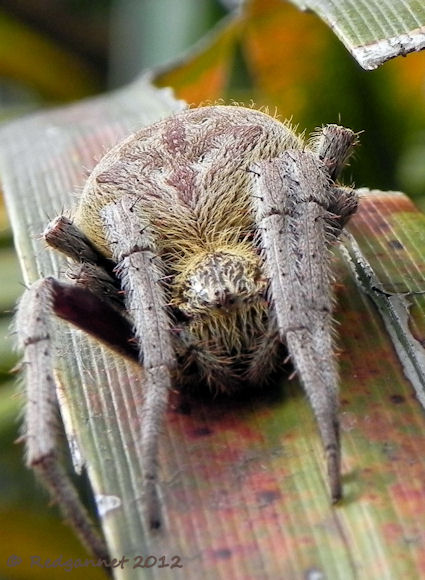 A Buff-banded Rail darted out onto the path as we admired the spider, but was too quick for a photo. It appeared again further down the path, but still managed to elude the camera. The Tawny Frogmouths were nowhere to be seen. The ranger network had lost track of them over the last couple of months. 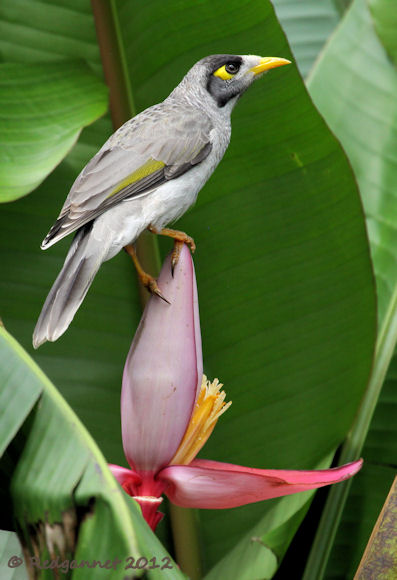 Noisy Miners were, as ever, noisy and abundant. Unlike the mynas, the miners are honeyeaters and feed at flowers using their brush-like tongues to collect nectar. Note that they are also important pollinators as you can see by the deposits on the head of this bird. 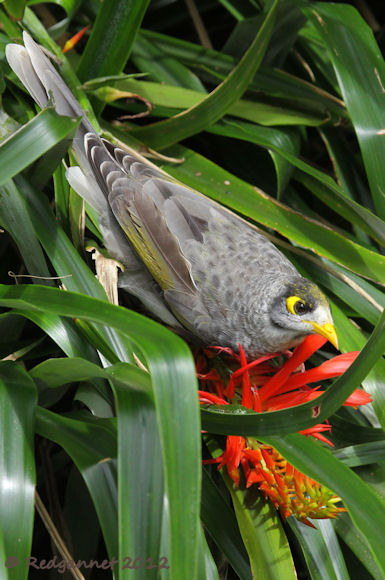 Beyond the shop and the cafe are the ornamental ponds which often contain large mullet and eels. Little Pied Cormorants, Little Black Cormorants and Australian White Ibis nested in the stunted palms of the small islands. 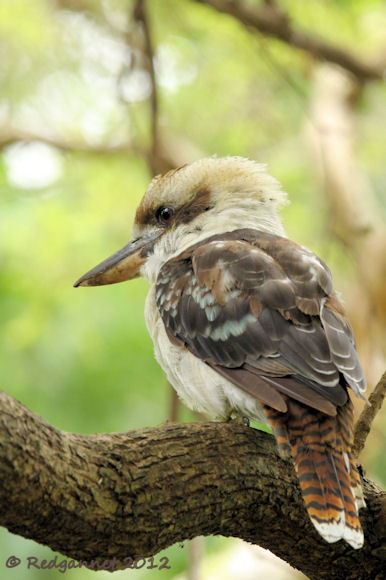 MS enjoyed a spectacular close encounter with a couple of Laughing Kookaburras which landed in a tree close to her and allowed the closest approach that I have ever experienced with a wild kingfisher. 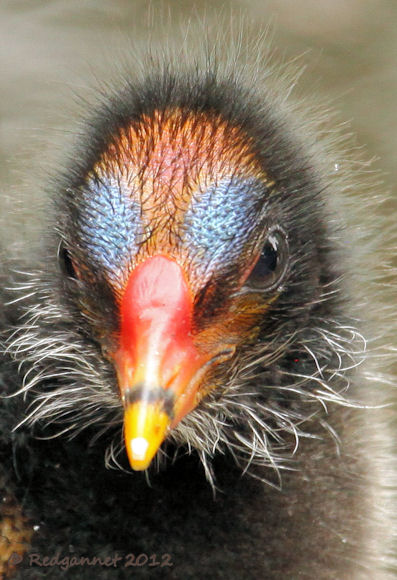 A pair of Dusky Moorhens had built a nest on the plank of wood which was there to help small animals escape from the sheer-sided walls surrounding a small ornamental pond. If it had been subject to planning regulations, it would have been condemned, but the couple had managed to raise a chick in it and were lavishing their attention on it. One of them tried maintaining the nest by moving a few twigs around, but it was still a rubbish effort. It made for a very endearing family snapshot nevertheless. 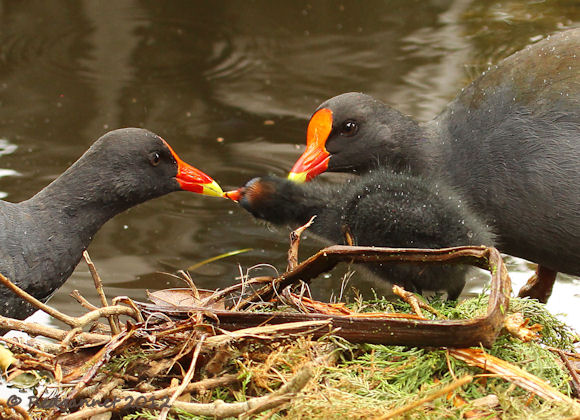 As we eventually left the gardens, an Eastern Water Dragon posed for us in the palm area near the greenhouses. 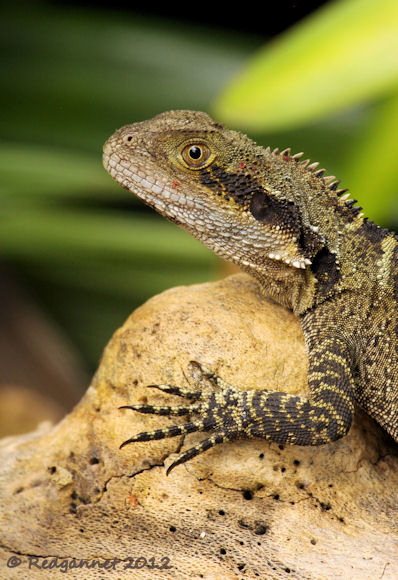 Visit the dedicated Australasian page for more posts from Sydney and Beyond, including; Bi-centennial Park, Royal National Park and North Heads.
Sydney Botanical Gardens, Sydney, Australia,
Posted by Redgannet at 10:30