Bill Oddy used to enter “None” into his birding diary if he saw nothing at his local reservoir and Corey Finger can eke three posts out of not seeing a Virginia Warbler. So I hope you will forgive me for writing up a post in which I visited Mushrif Park and failed to see a Pallid Scops Owl.
Hundreds of doves, mostly Eurasian Collared-doves, were flying in to roost in the tops of the trees that line the approach road. Grey Francolins were calling from the areas beyond the fences on either side. 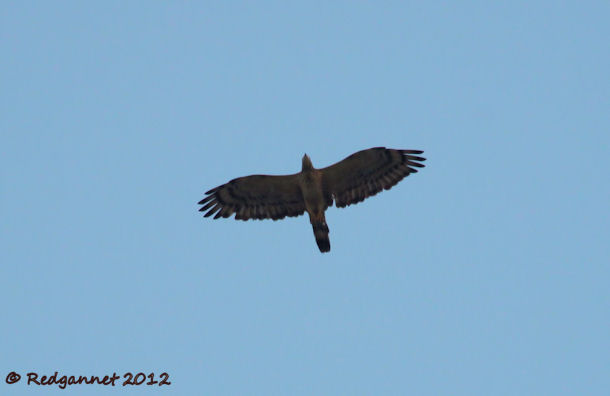 An Oriental Honey-buzzard circled above me as I passed the gate and paid my 3 Dirhams entry fee.
Most birds were preparing for the night, but a few Green Bee-eaters were taking advantage of the dying light to pick off a few insects that had been drawn out by the dusk. 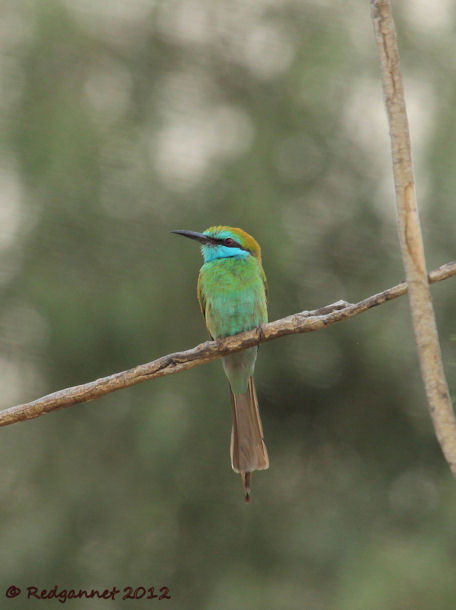 The sun had dropped surprisingly quickly from the sky this evening and caught me on the hop. I had arrived at the turn-off to the park to hear the evening call to prayer as I alighted from the taxi at around 17.00. I had hoped to see an Arabian Babbler this evening, but the darkness was falling fast that my prime focus became the owl.
I made my way to the lawns opposite the mosque where the Pallid Scops Owl is said to hunt for insects by the lights of the toilet block. A group of British and Canadian birders were already in place with a similar intent, but none of us saw nor heard the owl. 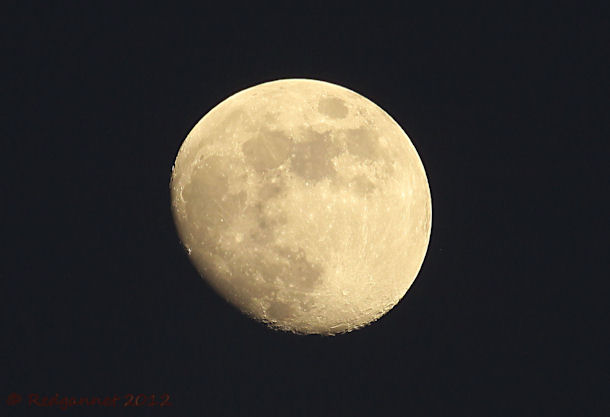 
I caught the train to Rushadiya, beyond the airport and grabbed a cab from there. I had to rely on a lift back from the park as there is no taxi rank there. The turn in for the approach road Google Earth ref; 25°13'49.52"N 55°27'3.30"E is from a main, multi-carriageway road (Al Khawaneej Rd) with a central reservation. Catching a cab from here, without crossing 6 lanes of fast traffic in the dark, means hailing one driving in the wrong direction. There is a roundabout less than a mile along the road to make a turn.

For a previous visit to Mushrif Park, follow the link below;
http://redgannet.blogspot.co.uk/2011/10/approach-road-to-mushrif-park-is-lined.html
Visit the dedicated Middle East Page for more posts from Dubai including Safa Park and Ras al Khor
Posted by Redgannet at 14:00