A few mishaps held me up until midday when I arrived on the promenade at Costanera Sur, hoping to find some ducks. The only real chance of finding any was at the far (south-eastern) end, where there might have been a patch of open water. 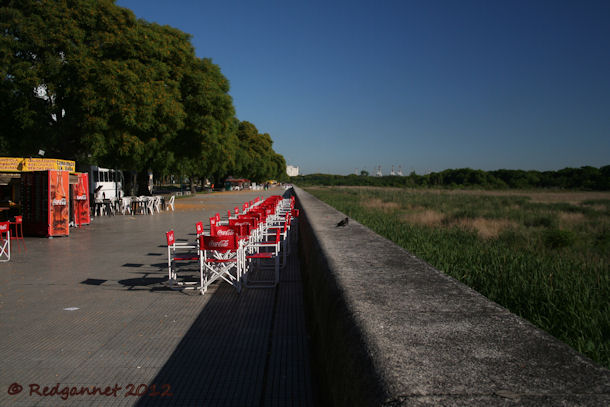 The north-western end, close to the ferry terminal, was drier and larger plants, bushes and even a few small trees had colonised.  Picazuro Pigeons were common, but appeared redder than I recalled from a recent trip to Brazil. 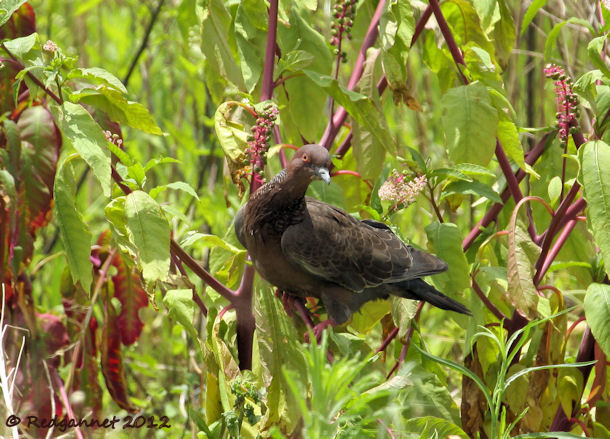 On the road side of the promenade is a splendid line of golden-blossomed Tipa trees (or Crying Trees).  Rufous-bellied Thrush and Spot-winged Pigeon were seen in the first tree and Morton was seen under the second. Monk Parakeets and Black-headed (Nanday) Parakeets called and passed over in small flocks. Morton had arrived on the same flight as me and we joined forces to see what we could find. 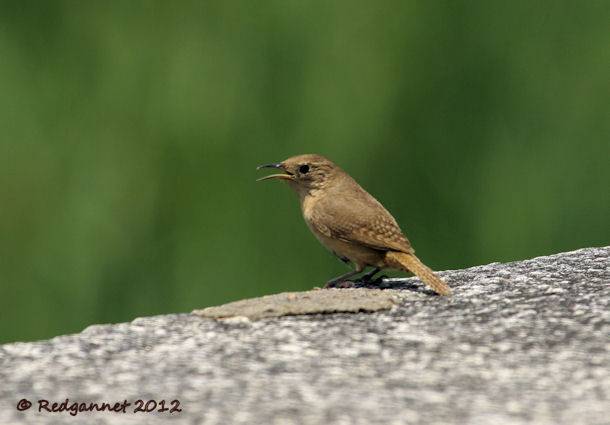 House Wrens were very common and looked as if they might be maintaining nests in small holes in the brickwork of the wall that runs the length of the promenade. Masked Yellowthroats called from the tufts of Pampas Grass and we quickly found my first lifer of the afternoon. We tentatively identified it as a Golden-browed Warbler, but closer inspection suggested a Crested Doradito without its crest raised. 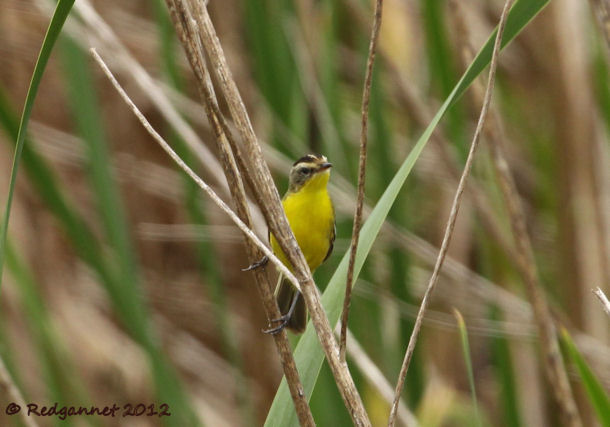 The area beyond the wall was becoming damper with reeds taking over almost exclusively. This seemed to suit many species of Icterid including Chestnut-winged Blackbird, Unicoloured Blackbird and Yellow-winged Blackbird. 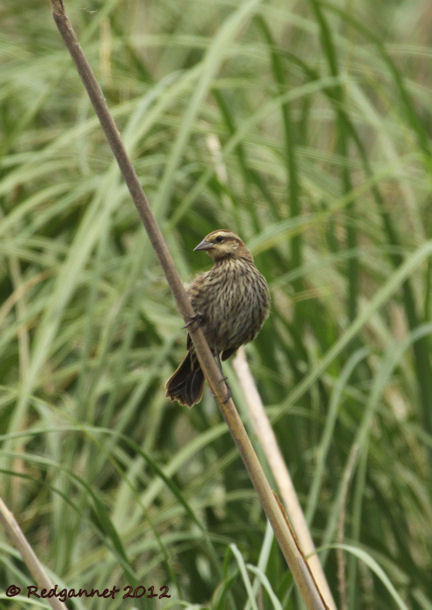 Most of our attention was being directed towards the area beyond the wall, but the promenade itself was very productive. Black and Rufous Warbling-Finches flew back and forth across the wall between the reeds and the orange-blossomed trees and a Campo Flicker was seen digging about around the tree roots. It perfectly matched the fallen blossoms. 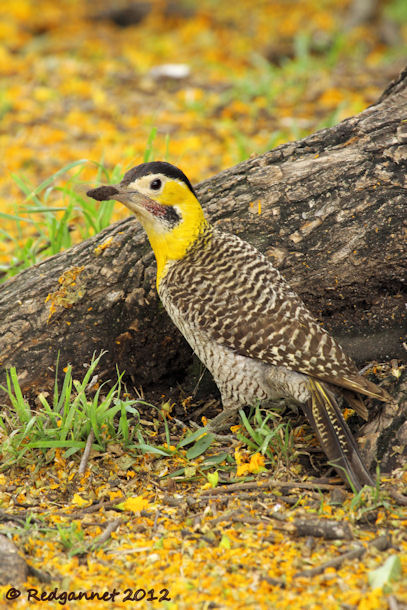 Above us, Brown-chested Martins and White-rumped Swallows chased small insects and saw off a Roadside Hawk that passed over. Chimango Caracaras and Southern Caracaras did not come very close, but they are quite distinctive in flight. 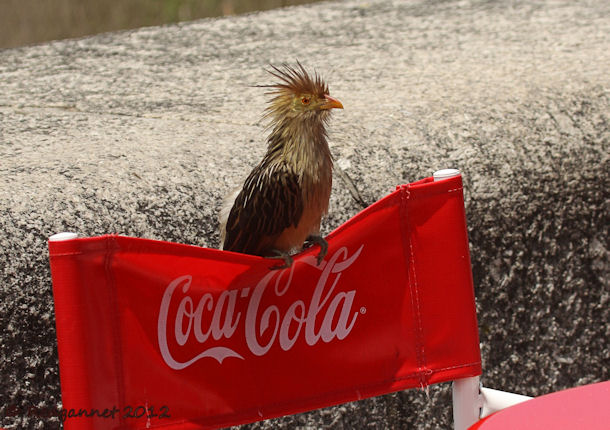 The pavement was popular with Eared Doves and Guira Cuckoos even patronised the street cafes that operate along promenade. 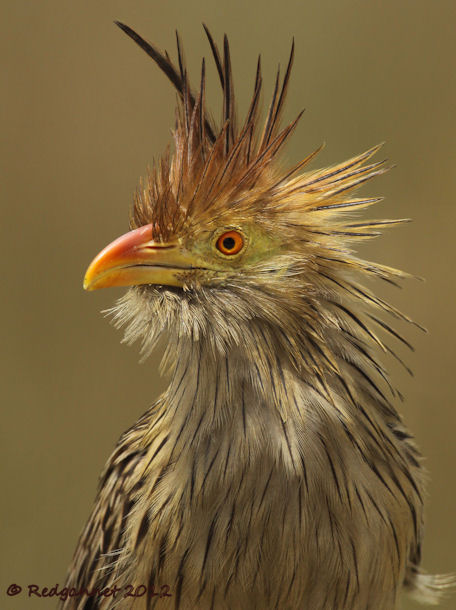 Eventually, we happened upon a small patch of water that had been completely covered by floating weed. Morton was walking along the lower level close to the water which had been the bathing terrace of years gone by. I preferred the higher, but slightly more distant vantage of the promenade. Jacanas and a Spectacled Flycatcher were seen here and we managed to pick out a few Speckled Teal. 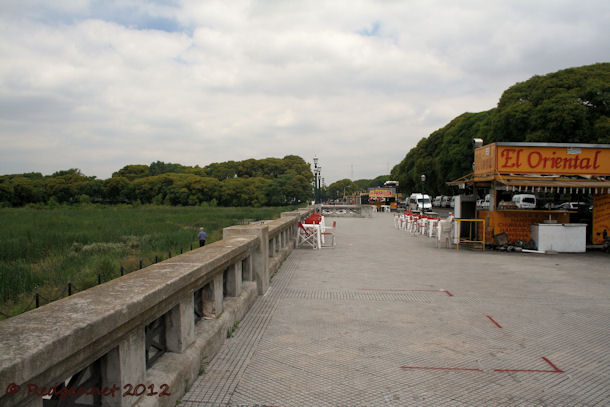 I want to treat the promenade as a separate entity to the reserve beyond the gate. The reserve has specific opening times and the gates are kept firmly closed until 08.00. The promenade is available for birding at any time and early risers or time restricted birders will find a lot to be going on with here. Morton and I continued into the reserve for the afternoon, but that will be described in a post of its own. 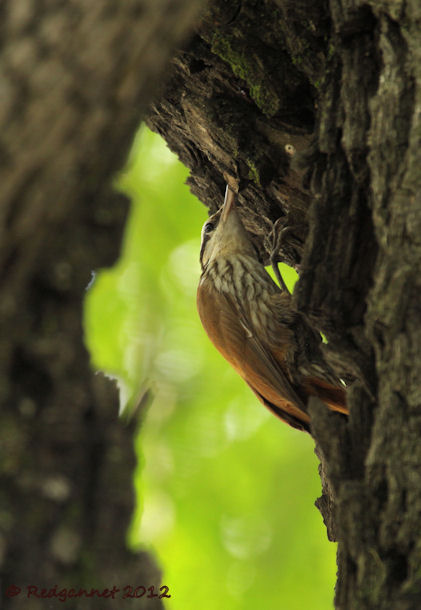 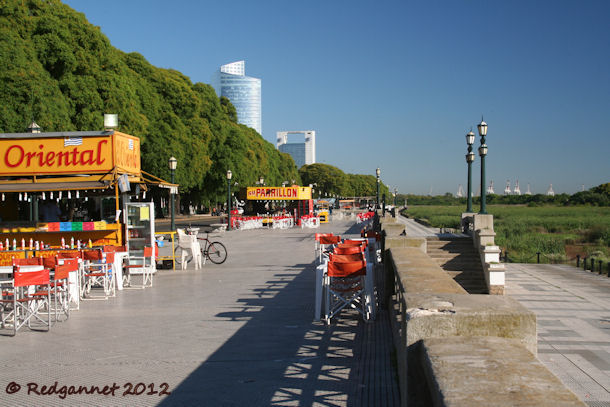 The promenade still exists and makes a fine walk on a warm afternoon, adjacent to the Ave Int. Hernan M. Geralt. For 2kms, the wide pavement looks down on a stretch of marsh and reeds. A few years ago rains would raise the level sufficiently for open water to attract many species of duck, but the water is much reduced now. Only tiny areas at the south-eastern end remain free from reeds but are likely to silt up altogether in the future. 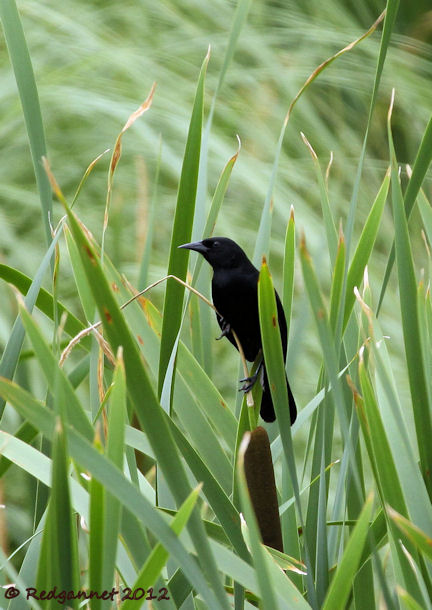