Just over 2kms south from Reserva Ecológica Ribera Norte is the Reserva Ecológica de Vicente López (Google Earth ref; 34°29'30.62"S 58°28'45.92"W). I found it after directions from a couple who, like me, had been locked out of the Ribera Norte reserve. It does not quite match up to Ribera Norte, but had the huge advantage of being open to the public. Close to the entrance, a Rufous-necked Sparrow was playing obligate parent to its Shiny Cowbird chick. 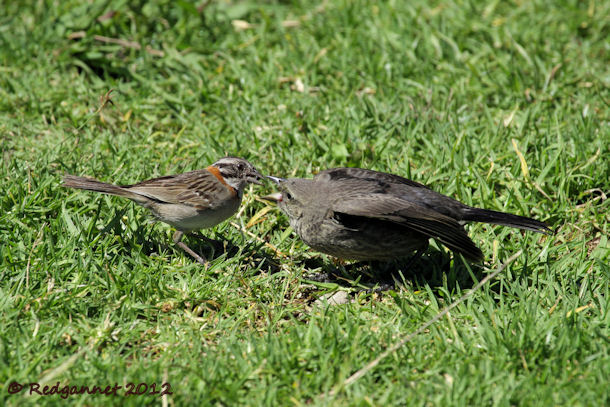 The adjacent river frontage is given to a public park with trees, lawns and a great view across the Rio Plata. The little gem however is the enclosed lake and surrounding habitat. A path circles the lake, but no indication is given to direction so I chose my preferred anticlockwise. 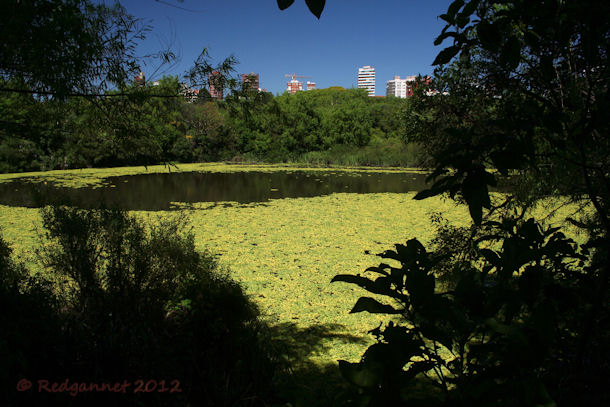 The lake quickly comes into view and today it had a 50% covering of surface weed. This was good news for the Wattled Jacanas, but appeared to make it hard work for the Brazilian Teal to plough through. 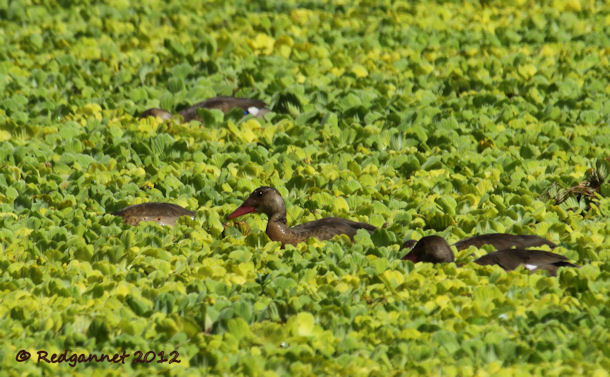 A boardwalk crosses a corner of the lake. Wardens site themselves on this boardwalk and use a scope to point out things of interest to anyone passing. 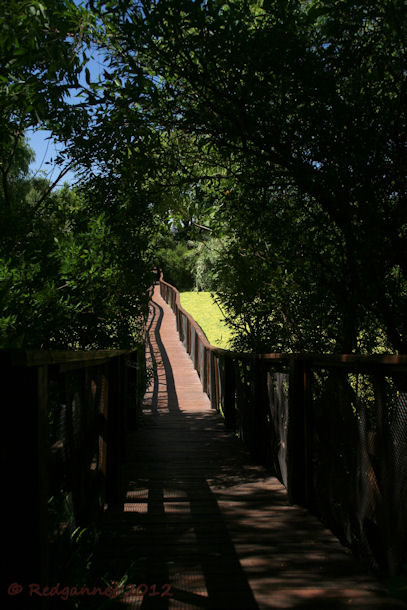 Great Kiskadees hawked from the bushes by the waterside and a domestic Muscovy duck preened on the far side. Without the scope, I would probably have missed the Gray-necked Wood-rail that was tucked tightly into the reeds. 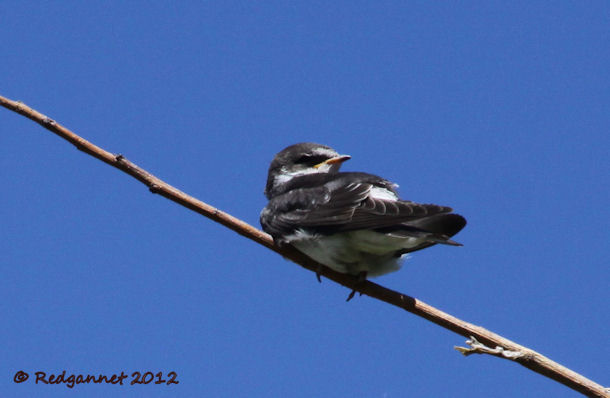 The bridge gives onto a tiny plot of grassland. White-rumped Swallows were swooping out across the fence and returning to feed their waiting chicks. The swallows have a distinctive short pale brow which is difficult to see in flight. I was pleased to see it in the chicks. The circuit then passed on into a miniature forest where a Gilded Hummingird rattled his call. 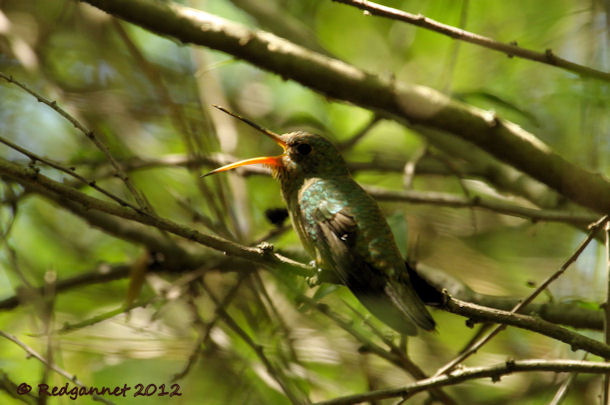 I spotted a black bird amongst the tangles and took ages to catch any field marks on it, eventually identifying it as a Solitary Black Cacique. As if to be awkward, there were two. 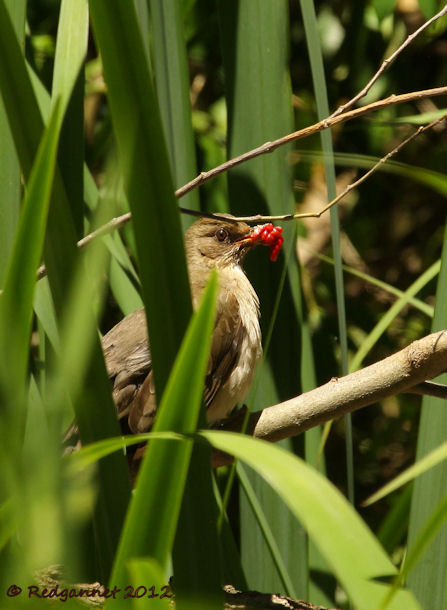 I was not able to ascertain whether this Creamy bellied Thrush was planning to dine on animal, vegetable or mineral.


Visit the dedicated Central and South America page for more posts from Buenos Aires including Ribera Norte and Costanera Sur.
Posted by Redgannet at 19:39