The Lions of Krugersdorp

Krugersdorp Game Reserve can be found about 40 minutes to the west of Johannesburg. It is a large expanse of grassland with a spring feeding lush meadows. 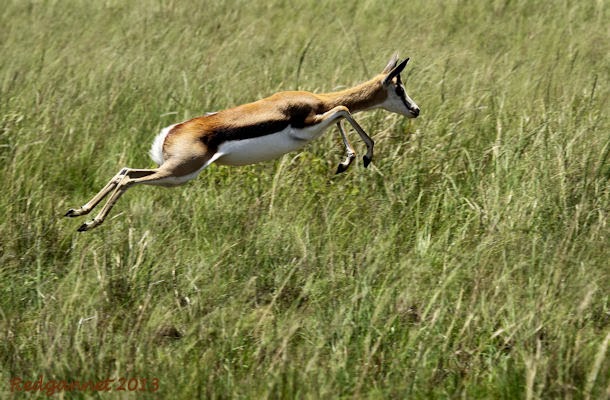 It has a good head of game which is protected within its 1500 hectares (3750 acres). Most are antelope species with Gemsbok, Impala, Springbok, Red Hartebeest, Blesbok and Eland. There are also Zebra, Vervet Monkeys and Giraffe. 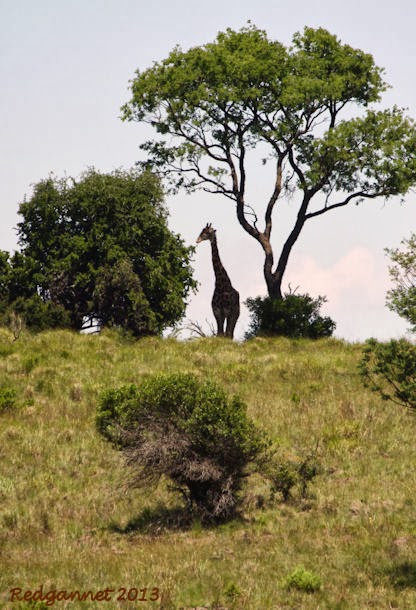 There used to be White Rhino, but I hear that these are no longer to be found in the reserve. However, one can still find Black Wildebeest, Connochates Gnou, which is otherwise unlikely to be seen living naturally in the wild. Also known as the White-tailed Wildebeest, The Black Wildebeest, was hunted for hides and its numbers fell to around 300 by 1938. A concerted breeding effort has brought numbers back, but their genetic pool is very shallow and their former range in the highveld has been paved. 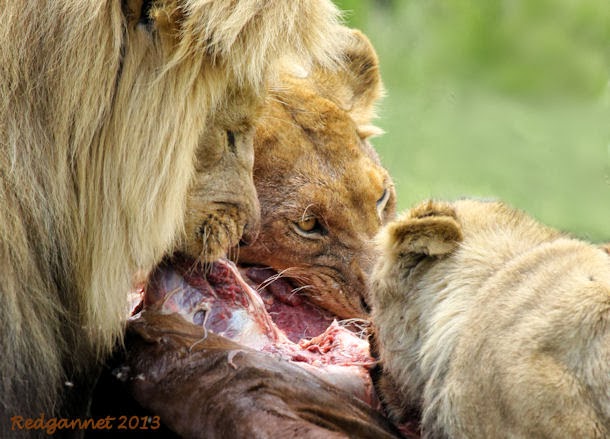 Most people pass them by without knowing their story as they head for the lion enclosure. The Krugersdorp Pride has a large enclosure in which to live, but they can be difficult to find even in this restricted space. No wonder I can never find them when they are allowed to roam free. This morning I was accompanied by PJ, and we missed the lions on our first pass, so we took a turn around the meadows and returned just after 12.00. 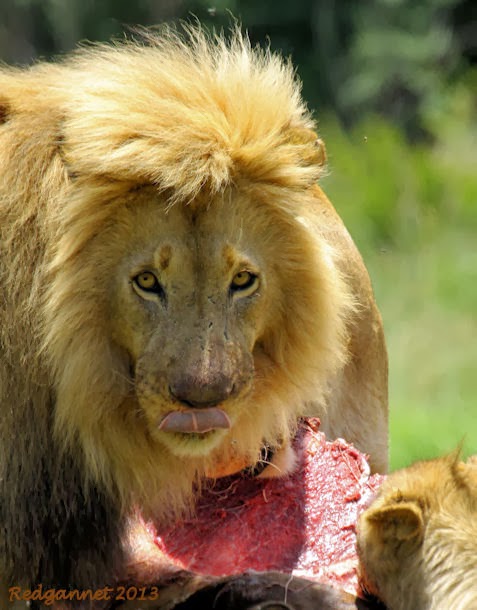 The lions get their weekly feed on Sunday at 12.00, so I was confident that we would see them at our second attempt. Sure enough, they were found, surrounded by cars, at the feeding station at the far end of their enclosure where the weekly feed had been left for them. 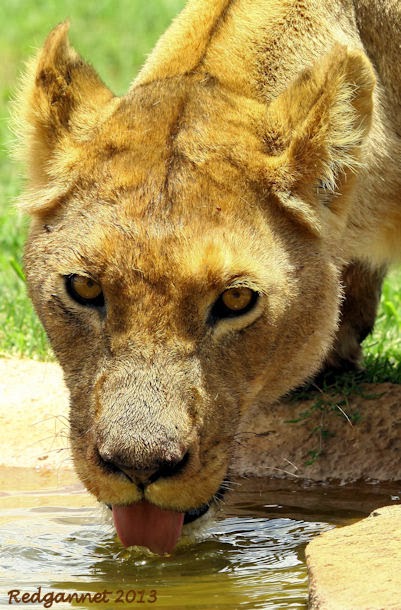 The pride consisted of a large male lion with a few females and large cubs. They did not fight as lions so often do over food, but fed cheek to cheek until they had eaten enough, then stopped for a drink or slunk back into the shade. 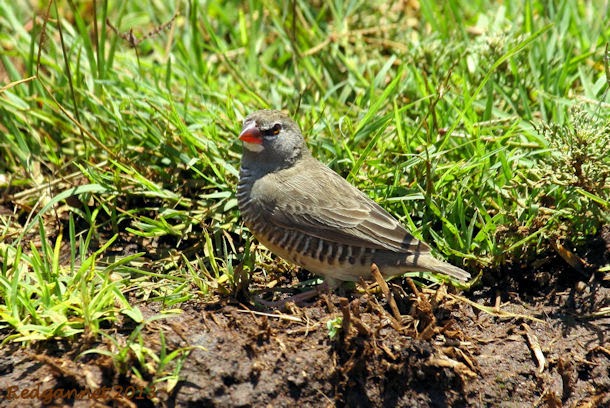 One of the interesting birds seen here was an African Quailfinch which, according to all my field guides, takes the latin binomial, Ortigospiza atricollis. eBird disputed the bird last time I submitted it, but did not put forward an alternative. Hence the picture.
There was once a rather fine aviary here which was built by putting a net across a small quarry. This has fallen into disrepair as at December 2013, but new management may try to restore it. 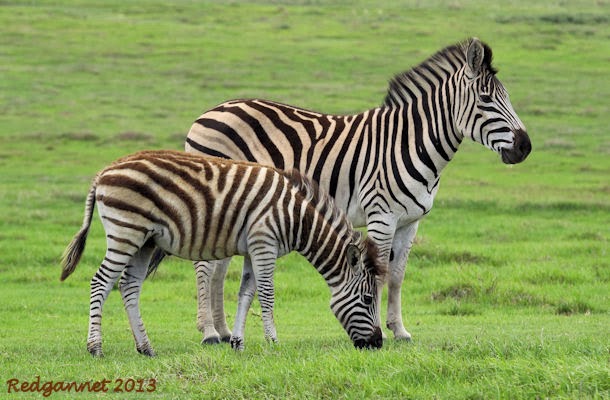 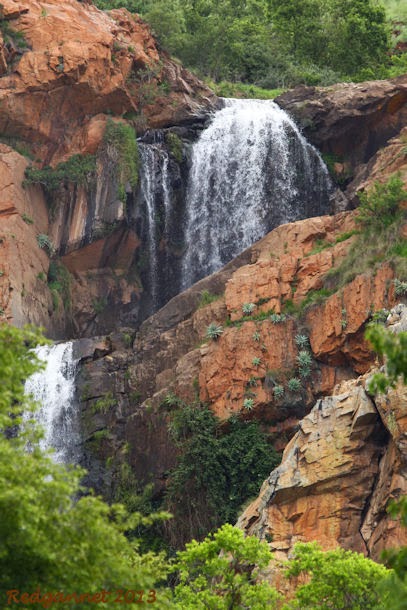 Krugersdorp is close enough to include in a morning with Walter Sisulu Botanical Gardens at Google Earth ref; 26 5 11.53N 27 50 40.55E. We dropped in for lunch to find the car park overflowing. This was a Sunday lunch-time in the childrens' holidays and Nelson Mandela was laid to rest this morning. The restaurant there was not too busy however as most people were picnicking or meandering towards the waterfall.


We actually concentrated more on lunch than birds, but PJ did seem quite taken with “Nessi”, the young Verreaux’s (Black) Eagle. I’ll make a birder of her yet. 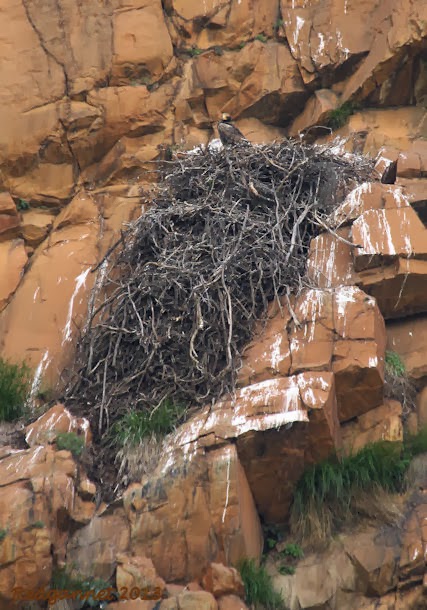 Nessi is due to fly any day soon and Africam sponsor the cliff mounted monitoring system that streams live pictures to their website. Even if you are not interested in an eagle fledging, the sound of water and frogs is very soothing to have on as background sound. 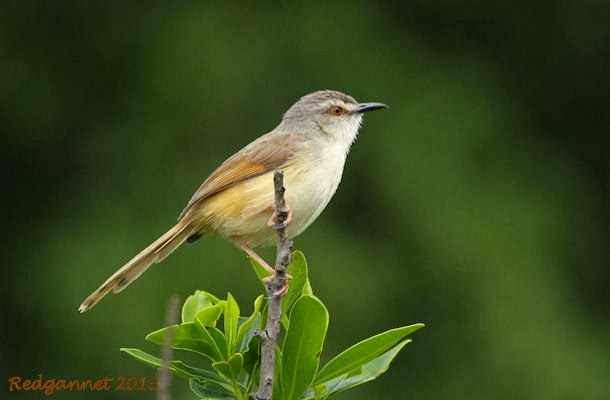 There were still a few birds to see and a Tawny-flanked Prinia teed itself up nicely for us.
A Karoo Thrush took advantage of the watered gardens to probe the soft lawns for worms. 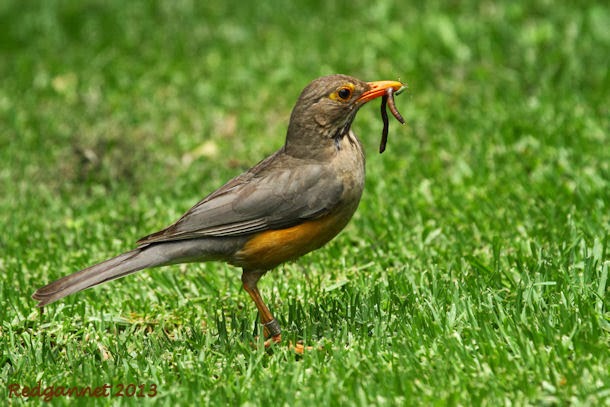