The Houston Arboretum is a prolific site for snakes with 3 out of 4 trips producing a herpetological highlight. The Coral Snake and Copperhead still evade me, but a Ribbon Snake was seen early on before the condensation on my lens had cleared.

A small feeding party of birds crossed the path ahead with Carolina Chickadees, Tufted Titmice and a Red-bellied Woodpecker passing through quickly. Only a Downy Woodpecker took his time and showed for the camera. 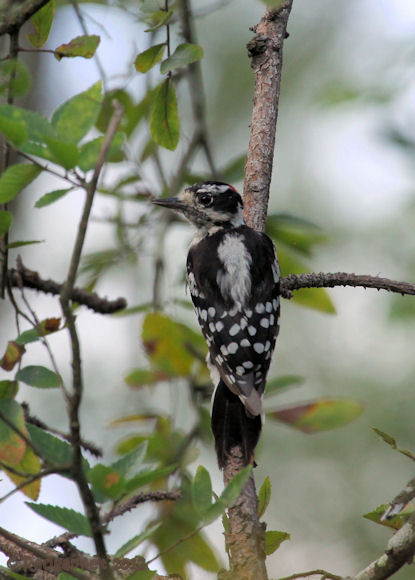 With birds being quite scarce, I was glad to make up the rest of the morning with dragonflies and reptiles. The Ribbon Snake was seen in the pond by the visitor centre. I was hanging around to wait for the centre to open in the hope that I could get some bug spray. The bitey insects were quite nippy this morning and my threshold is low as far as they are concerned. If you want to avoid being bitten early in the morning, bring your own repellent. If you can cope with a few bites before 08.30, the visitor centre keeps a few bottles of spray and offers a free squirt to anyone who needs it. 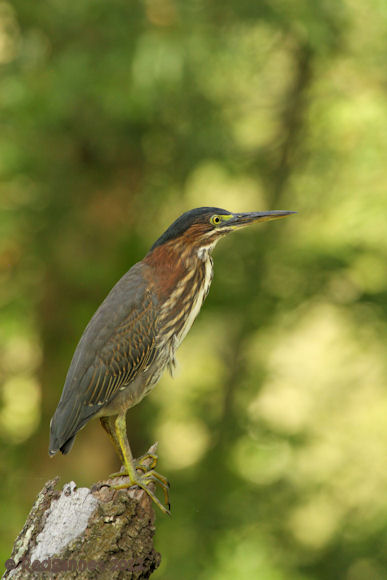 Just as the condensation cleared from the lens, a Green Heron flew in and posed nicely on a log jutting from the pond. Dragonflies were up early on this warm day in late July, with Blue Dashers being especially abundant. 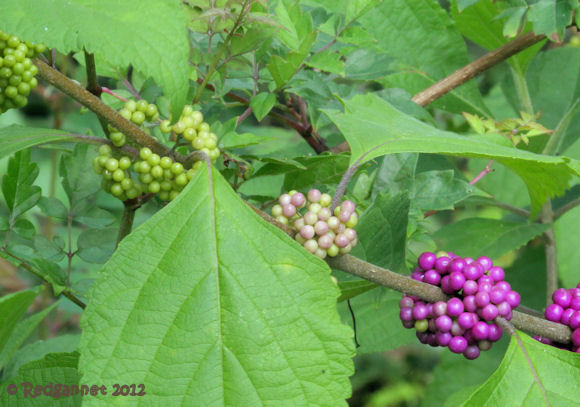 American Beauty Berry Bushes were showing off their fruit as it reached ripeness along the branch. The Inner Loop was open with a new layer of chippings and lots of cut timber along the path. The Outer Loop Trail is currently undergoing maintenance and is closed. Many of the distinctive Loblolly Pines have died off and are being cut down to avoid too much standing dead wood in this popular walking area. 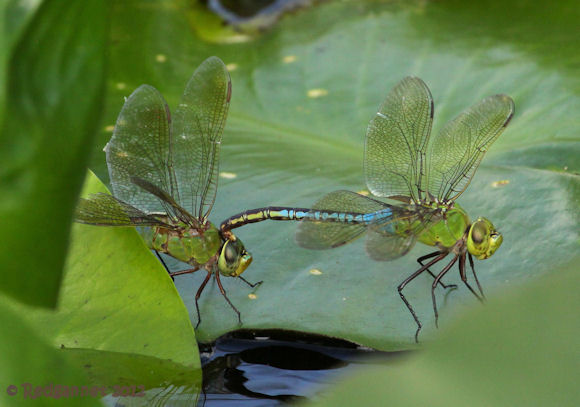 At the Swamp Boardwalk, a pair of Common Green Darners were flying in tandem, stopping occasionally for the female to deposit her eggs while the male stayed jealously attached. 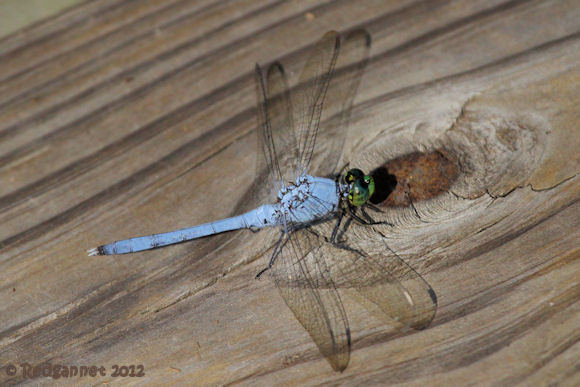 At the Meadow Lake, Eastern Meadowhawks were very common. While I was there, a Red-tailed Hawk took to the sky, easily found a column of warm air and rose quickly out of sight. 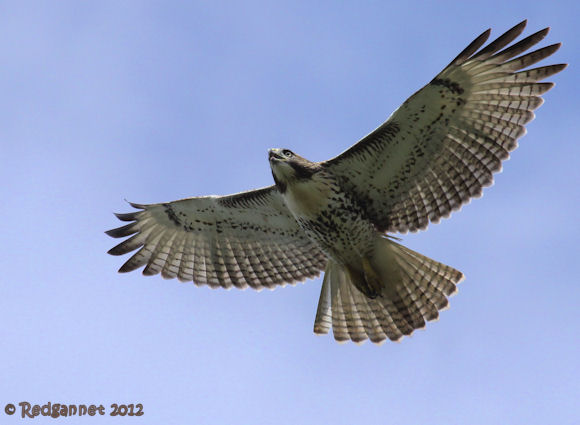 I found use for the red pen today in the form of a Slaty Skimmer, Libellula incesta. It is not possible for me to tell whether this is a male or female as both sexes take on the state grey colouration as they mature. 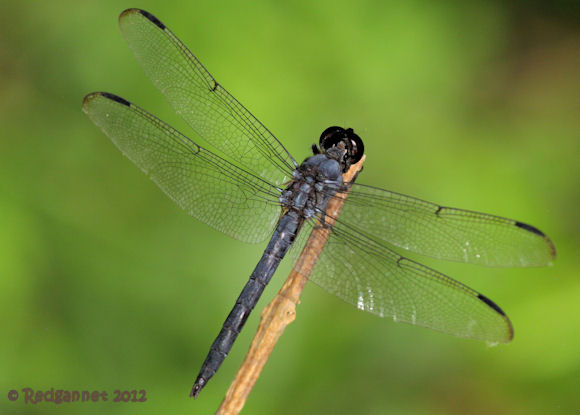 Visit the dedicated USA and Canada Page for more from Texas including White Rock Lake, Dallas.
Posted by Redgannet at 14:34