A visit to Ho Chung Valley went slightly awry this morning as I found myself in a village full of angry dogs barking themselves hoarse as I passed. The website of the Hong Kong Bird Watching Society gave me the idea to visit, but I guess I didn’t follow the instructions carefully enough and ended up in Luk Mei Tsuen.

As I stepped from the bus, a small path led into the trees on the left. I followed the path and immediately began finding birds. Masked Laughingthrushes and Common Tailorbirds made plenty of noise while the Oriental Magpie Robins lent a more tuneful quality to the early morning chorus. There were plenty of birds to find, so it didn’t immediately occur to me that I might be in the wrong place. 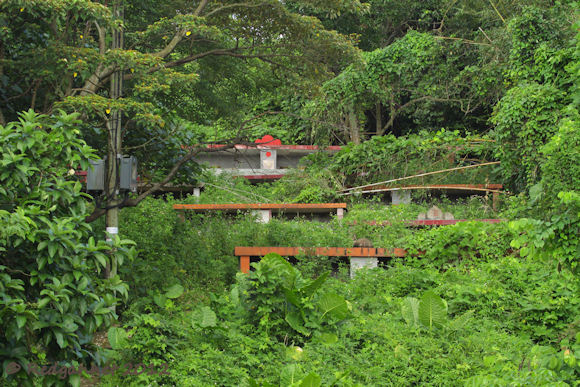 Soon I came into the village where dogs came out from almost every house and began barking, one of them even snapped at me. I was feeling uncomfortable, so I checked with a passerby and found that I was not in Ho Chung as I had hoped. On asking how to get to Ho Chung, she pointed me towards a path, but warned that it was very dangerous with lots of snakes. This counts as flirting in my book! 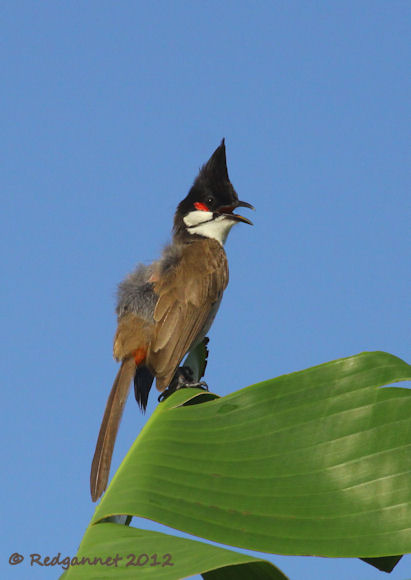 Red-whiskered Bulbuls were especially common this morning and with the red pen from yesterday barely dry, another sighting of a Hair-crested Drongo was had.
No snakes were found, but I came out onto a concrete drain with a road leading left and right. As it happens, I should have turned right and followed the drain upstream to reach Ho Chung, but I decided to bail out and return to Sha Lo Tung instead for the rest of the morning.
For next time, minibus number 1 goes from exit C2 of Choi Hung MTR station, heading for Sai Kung.
It goes across a roundabout, then over a small contained river before stopping opposite the Marina Cove Supermarket at Google Earth ref; 22°21'21.03"N 114°15'5.20"E . Retrace your steps to the river and follow it upstream to Ho Chung Valley.