There has been some interest in the Khalij Pheasant that I saw at Charleston Slough, San Francisco.
EBird will mark the sighting as invalid on account of its probable status as introduced or escaped, but it has caused a sudden traffic spike on that post, so I have found a couple of extra pictures. 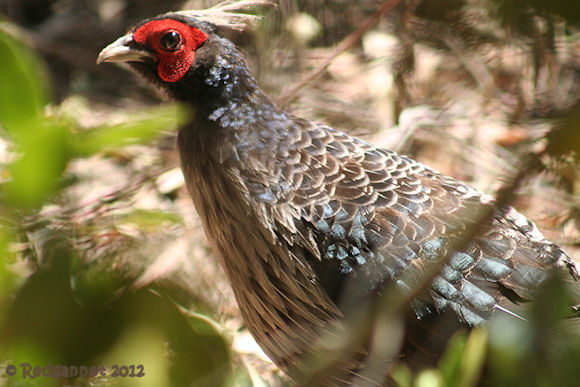 Apologies for the quality. I came upon the bird suddenly and we were both a little surprised. 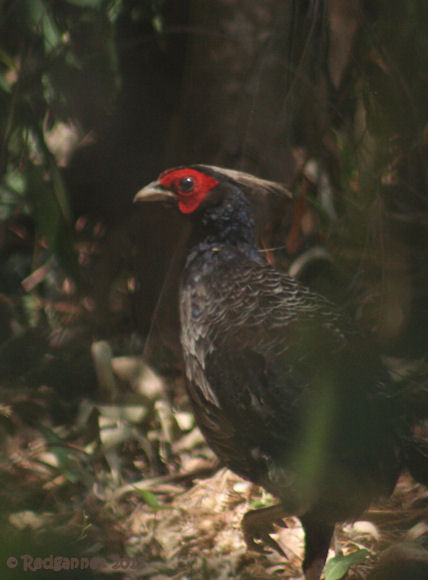 The pheasant was nervous and moved quickly into cover. Perhaps this would indicate a feral bird rather than a recent escapee. I did not follow it, but allowed it to move down the slope and melt into the treeline that runs alongside the creek flowing out from Charleston Slough.
The pictures are available in higher definition to anyone who has an interest. Write to redgannet@gmail.com and I will gladly send them.
Posted by Redgannet at 11:18