There are universal constants that hold true wherever in the world one might be. It is possible to predict for example that a stroll in Mote Park at 06.30 on a weekday morning is likely to be a tranquil affair with only like-minded early risers for company. 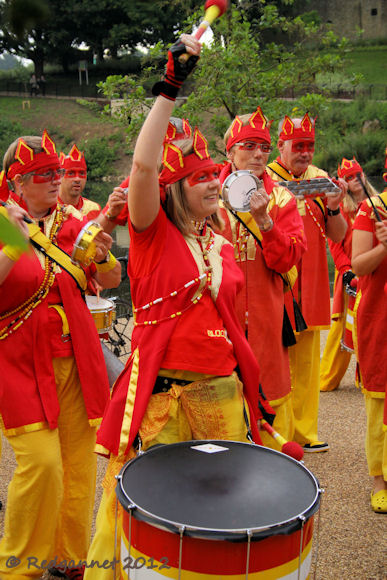 To find a crowd of thousands being serenaded by an enthusiastic drum band was a surprise. Their lurid outfits and rhythmic thumping were enough to ensure that my wildlife viewing was spoiled to the extent that there were more civil dignitaries flapping around than birds. 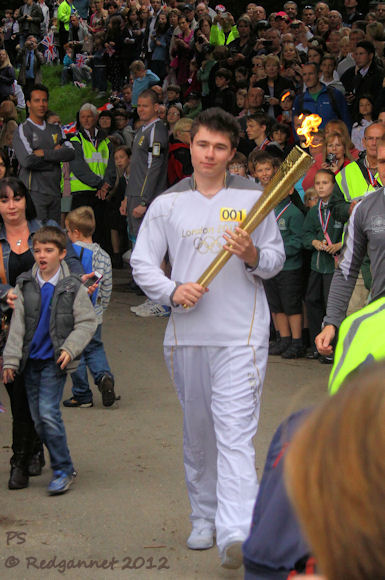 Then came the joggers. Along with dog-walkers, they are a common part of the early morning scene in the park and are usually seen with their heads down and earphones in, tramping the path around the lake. 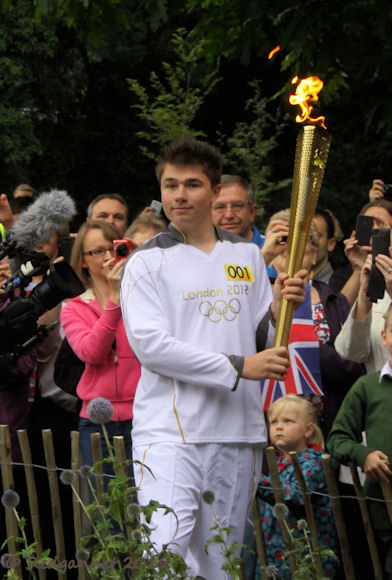 I am led to believe that this was the launch of Apple’s new i-Torch. It looks a little unwieldy to me, but the crowds seemed to love it. In line with current policy, security was subtle and unobtrusive.

The Olympic Flame was carried through Maidstone on 20th July 2012 with just a week to go before the opening ceremony. It stayed overnight at Leeds Castle and was brought to Mote Park in a small brass lantern to light the torch of Chris Bury before heading off on day 63 of the procession.
Posted by Redgannet at 08:50