Catching the ferry from the city to Vancouver Island is very easy, but even if you stay on the ferry at Swartz Bay and return straight back to the city, the round trips needs six hours at least. But why would you put in all that time and effort to go to Vancouver Island and then not even get off the ferry? Orcas! That’s why! The ferry passes through the outlying islands where the resident pods of Orcas patrol close to the shore. I don’t know how often they are seen, but the fact that they are seen at all is good enough for this long-odds gambler. 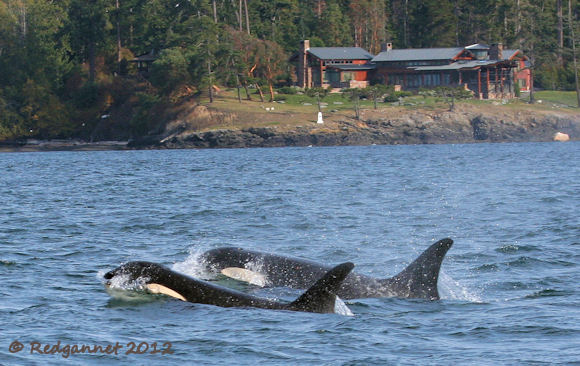 As it happens and before you get too excited, I will let you down gently and admit that the bet didn’t pay out on this occasion, but it was a beautiful day to be out on the water nevertheless. The picture is from a previous trip on a dedicated whale boat that leaves from Vancouver city.
From the terminal at Tsawassen (Google earth ref; 49 00 28N 123 07 41W), the ferry crosses the Strait of Georgia which separates Vancouver Island from mainland British Columbia. The water here was coloured with sediment, but was as flat as a mill pond. The wind was very gentle, bringing just a slight chill. 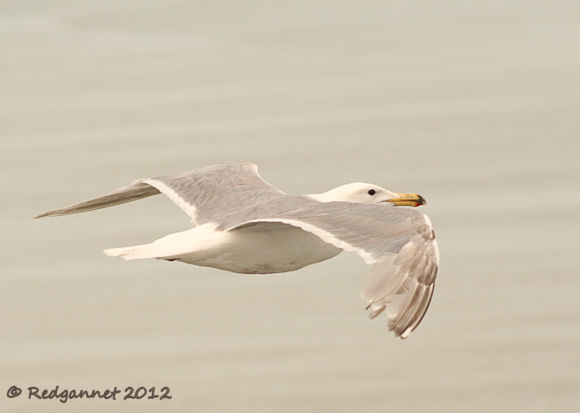 Glaucous-winged Gulls were the gull of the day with the only possible confusion being a Caspian Tern. Confusion would have been unlikely I agree, but after seeing so many G-WGs, I stopped checking. 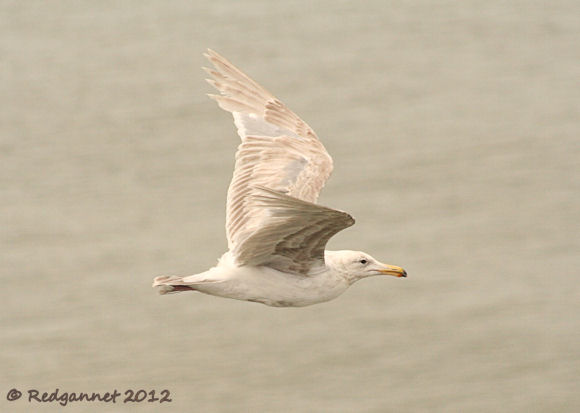 They flew alongside the ferry and roosted on the many floating hazards to shipping.
Pelagic Cormorants carried the torch for their family and were seen on the breakwaters and around the wharfs. 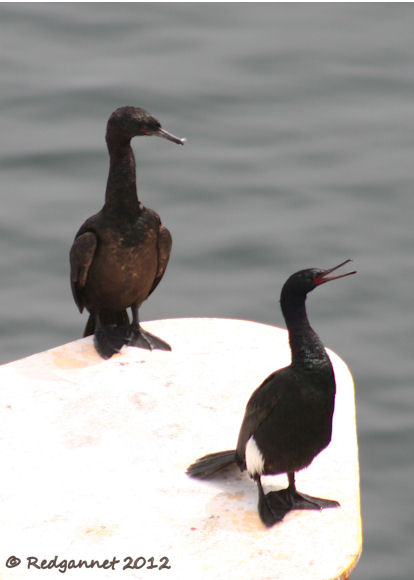 The ferry threads its way through a narrow channel between 2 islands (Google earth ref; 48 52 01N 123 18 25W) and I am told that this is the most common place to find the whales as the tide rips through bringing salmon. 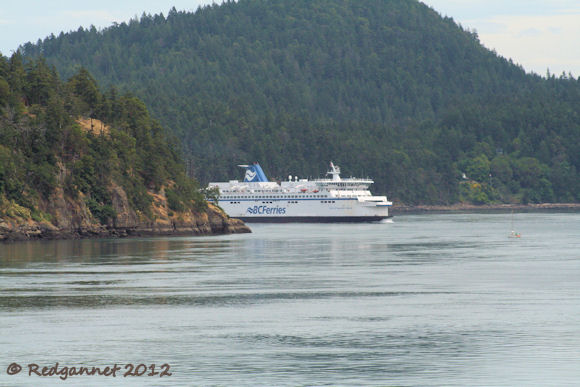 It then continues, past smaller islands dotted with pretty houses, to Swartz Bay (Google earth ref; 48 41 22N 123 24 43W). The crossing takes about 90 minutes and the stop at Swartz Bay to offload the passengers and to embark a whole new bunch, took about 30 minutes.

Pigeon Guillemots were seen around the ferry stops and on the rocks along the shore of the narrow channel. A flock of three Rhinoceros Auklets plus a couple of loners were seen in amongst the islands. 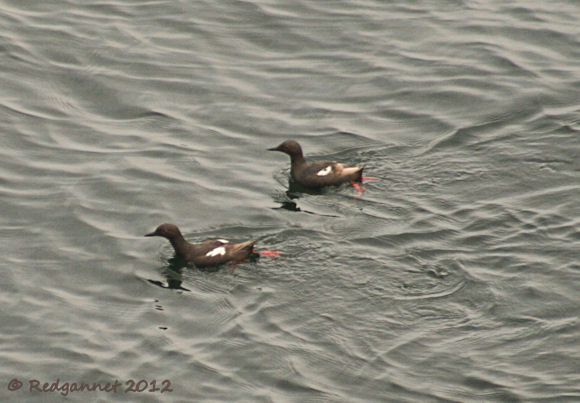 Bald Eagles were seen, but they were very distant, perched at the top of trees on the shoreline.

To get to the ferry terminal at Tsawassen, catch the Skytain, Canada Line (runs every 6 – 8 minutes), to Bridgeport Station (journey time 20 minutes from Waterfront). Bus number 620 leaves from the bottom of the stairs and terminates at the ferry terminal (journey time 40 minutes). It only runs once or twice an hour, so check this timetable to dovetail your journey neatly. It passes through a station at Ladnor and may stop here for a few minutes with the driver turning off the engine. This caused some confusion as some passengers thought that they were at the ferry terminal and got off only to re-board moments later looking embarrassed.
A day pass for the train and bus costs $Can 9.00
The bus and train take around an hour to reach the ferry and sailings to Swartz Bay depart every 2 hours at 07.00, 09.00, 11.00, 13.00 15.00 17.00 and 19.00. This is the daily schedule with reciprocal crossings from Swartz Bay to Tsawassen. There are crossings in addition to these on the even hours, but these are not daily and the timetable should be consulted.
Tickets may be bought from machines or from a clerk, but try to arrive at least 30 minutes before the scheduled time of departure.
The ferry crossing costs $Can 15.00 and a return ticket can be bought from the gift shop onboard. If you use this option, you are not required to disembark and may stay onboard for the turn round at Swartz Bay.
Six hours is the minimum time to set out and return straight back to Vancouver.
Posted by Redgannet at 17:21