This was my first visit to San Diego and eBird’s Hotspot Explorer had been earning its seed, though a slight limitation was shown up. It had highlighted a couple of sites that would be easily accessible, but failed to mention the fog. I was slicked up for a sunny day by the San Diego River and wishing that I had brought a warmer top. The fog persisted right through the morning and left me uncomfortably cold.
I joined the river at Morena Blvd (Google Earth ref; 32 45 38.37N 117 11 39.49W) and walked the cycle path that runs along its southern bank. The river here is barely 5m across and surrounded by trees and bushes. This area looked quite birdy, but was strangely quiet with very little seen or heard. A small flock of Bushtits fed as they progressed through the weeds and a loose group of Yellow-rumped Warblers fed in a stand of alien eucalypts. 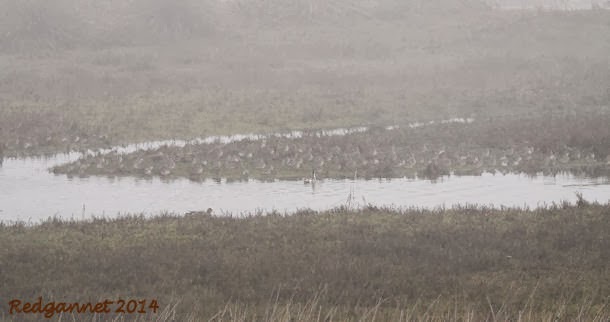 The river soon opens out into a wide (250m) floodplain. There were obviously plenty of birds out in the mist, but it was difficult to tell what they might be. The richer brown of the Marbled Godwits contrasted with the grey of the Willets. The Black-necked Stilts stood out and the Northern Shovelers were obvious, but there was much lost to distance and fog. 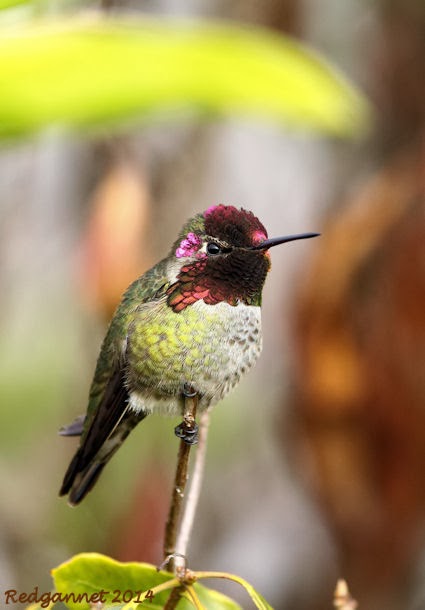 The mist thinned a little to allow me to see the river which snaked down among reeds and weeds. Ducks swept past as they rode the outgoing tidal current. Anna’s Hummingbirds scratched from bushes along the bank. One sat very prominently as a patch of clear sky passed overhead. 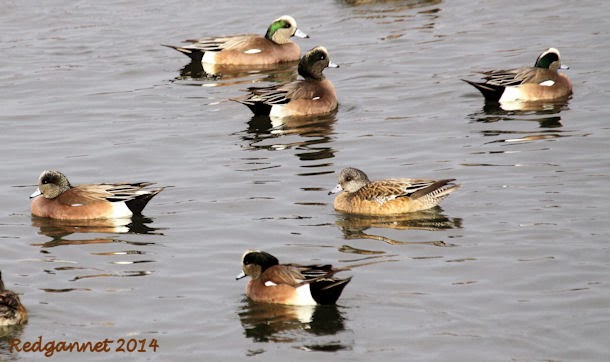 Once visibility was restored, a good selection of ducks could be identified, with American Wigeon being the most numerous by far. Northern Pintail, Mallard, Blue-winged Teal, Cinnamon Teal and Green-winged Teal were also seen. 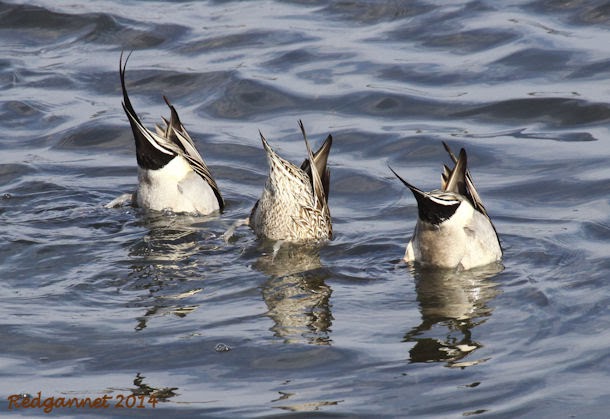 A Clapper Rail flushed from the near bank and allowed me a good look as it swam across the channel to the safety of the reeds on the far side. A second flushed, but had a greater sense of urgency and flew straight across the water before plunging into the bank side vegetation after its mate. 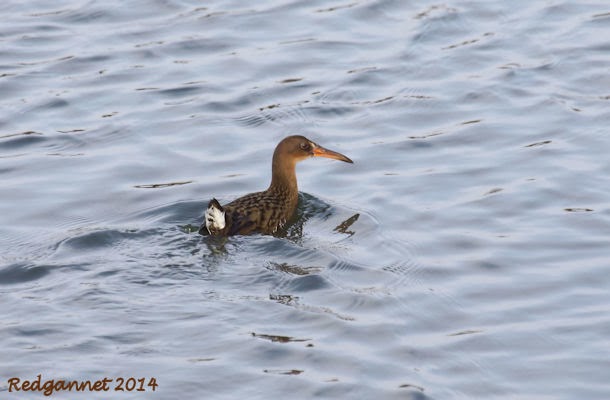 A Belted Kingfisher perched on a snag in the middle of the river and surprised me by flying up to hover before plunging down to catch a fish. 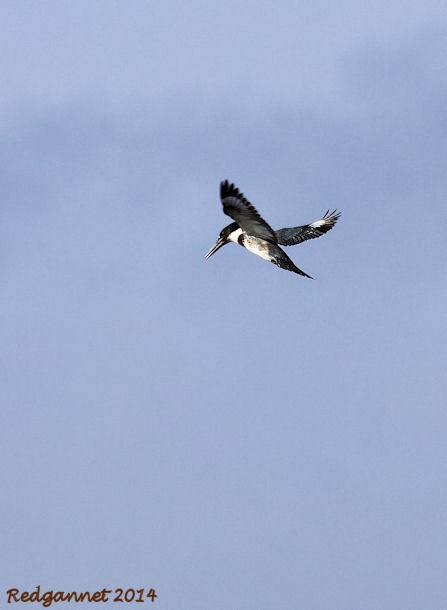 Downstream from W. Mission Bay Drive, the river opens out and the reeds and grass give way to open water with a substantial mud bank further on. A large Peregrine Falcon perched on a street lamp on the bridge. It was a huge, brute of a bird, almost the size of a red-tail. 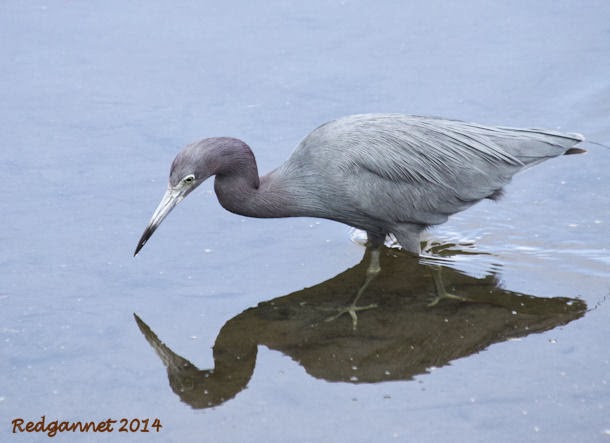 Plenty of waders were feeding as the tide ebbed and exposed fresh mud. Long-billed Curlews, Whimbrels, and Marbled Godwits were common with a few Western Sandpipers, Least Sandpiper and a single Dunlin also seen. 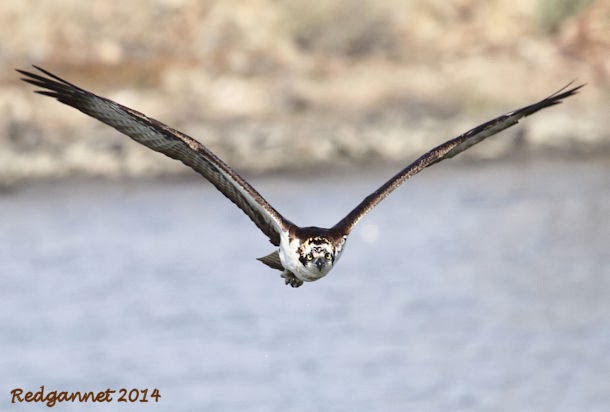 Robb Field is a complex of sports fields on the southern side of the river as it approaches the ocean. A pair of Osprey has a nest on one of the lighting poles here and was pair bonding today, bringing each other little gifts, sitting at the nest and flying together across the water. 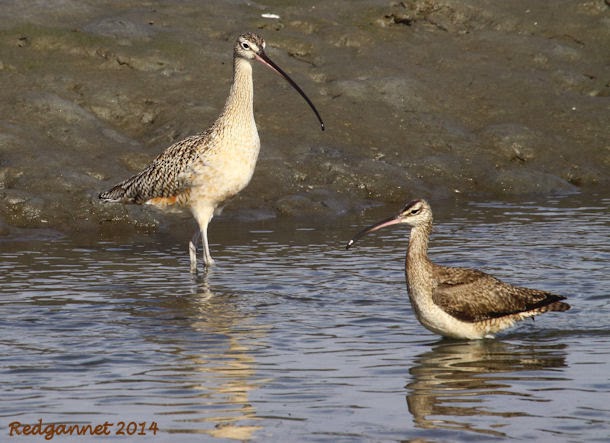 A channel close to the path allows for some nice close views of the wading birds. A Long-billed Curlew and a Whimbrel fed in the channel and a Marbled Godwit was shot on the near bank. 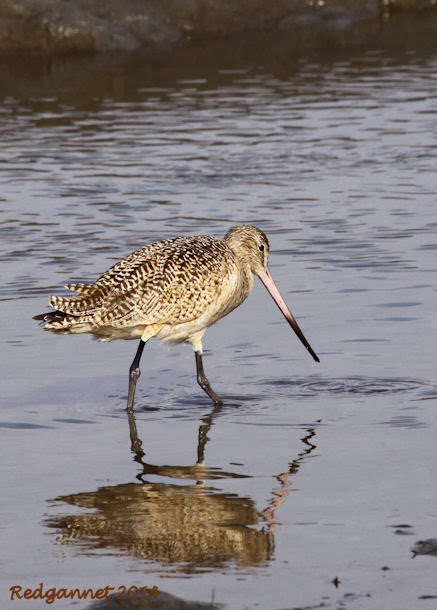 Sand has blocked all but a small channel as the river reaches the ocean. This has been designated as a dog beach and it was very popular on this Sunday morning. Western Gulls, Heerman’s Gulls and Ring-billed Gulls were seen along the beach. 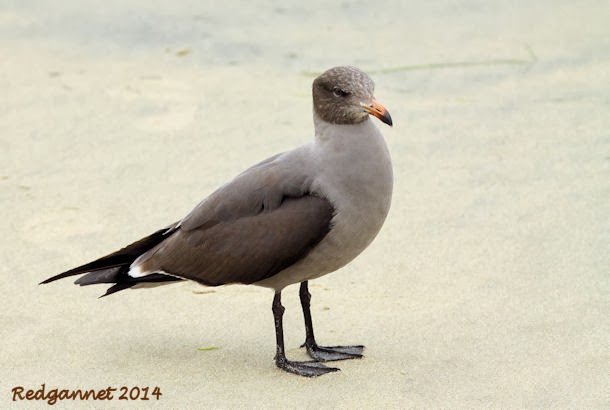 It was pointed out to me that California Gulls should have made up the bulk of the gull biomass on my list today, but I didn’t actually see one. I made a cursory attempt to catalogue the gull species on the river, but each light-backed gull that I took a proper look at was a small ring-bill with light eyes. A large flock out on the mudflats were probably California Gulls, but they were too distant, I was too cold and after all, they were gulls. 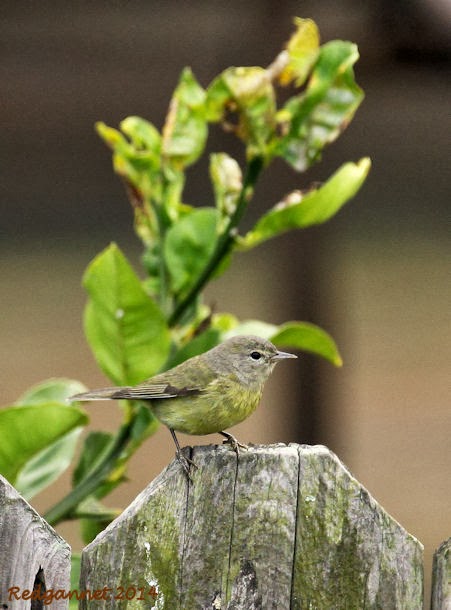 As I climbed back up from the beach, a movement on the fence of a house backing onto the path caught my eye. A small warbler flicked in response to a pish. At first I thought that it must be  an Oporornis (as once was) type warbler, but there were a few anomalies that I wasn’t happy with. I took some photos and checked my field guide which suggested that a Nashville Warbler would be a much better fit. ( As it turns out, this is the Gray-headed version of the Orange-crowned Warbler. Thanks to Seagull Steve and Matt Sadowsky. See comment below). 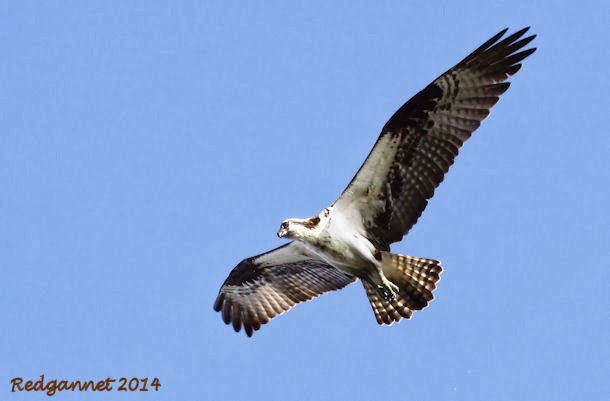 The walk back to the trolley line was marked by one of the Ospreys fishing. It made three plunges just in front of me and on the third occasion came away with a decent-sized fish. On the first two occasions, I lost the bird from the viewfinder or lost focus. 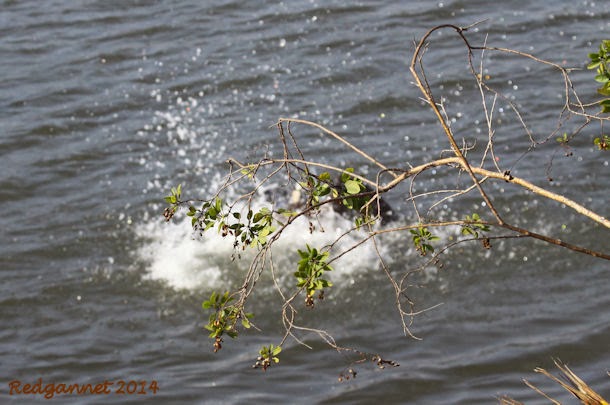 On the third attempt, the focus held and I managed to keep the diving bird in frame. On the bank at this point there is no vegetation for 100m in each direction, except for a small bush right in front of me which decided to photo-bomb my picture of an Osprey hitting its target. 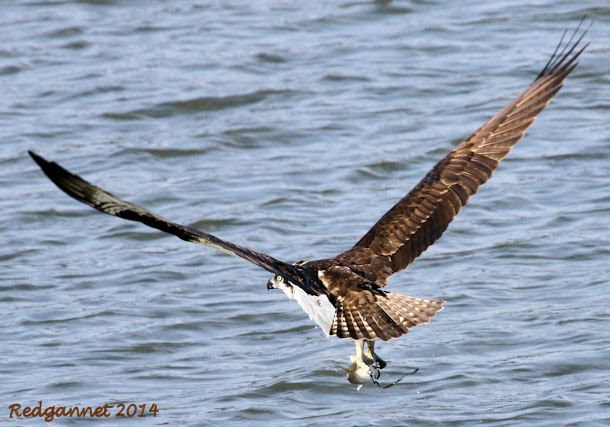 The walk westwards from Morena Blvd should have given a good angle for photographs in the morning. The return walk still has the sun from behind and well placed if walking east in the afternoon. 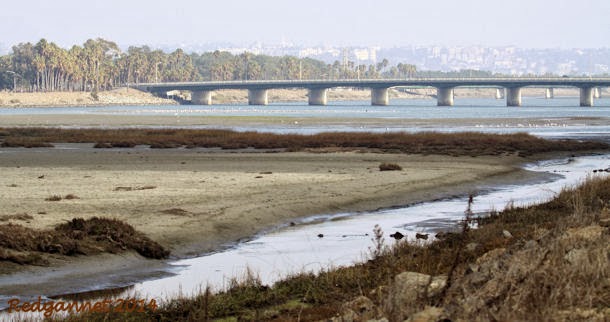 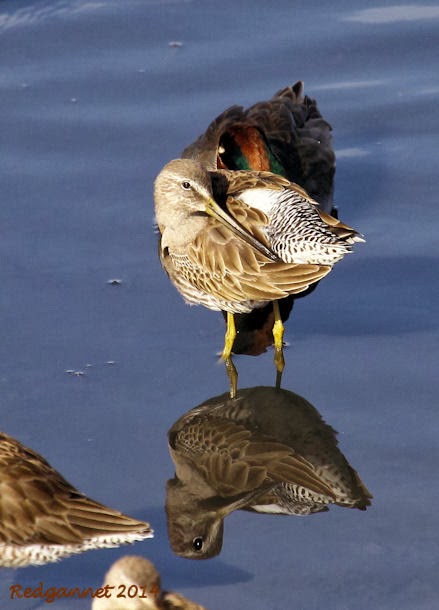 The Green Line Trolley runs from San Diego city and crosses the river. It stops at Morena/Linda Vista Station on the northern bank of the river. The bridge here for Morena Blvd has a sidewalk and a ramp that will give access to the cycle path on the south side of the river. A day pass for San Diego bus/trolley/train transport system costs $5. Trolleys run every 20 minutes or so on the Green Line.


Visit the dedicated USA and Canada Page for more sites in San Diego.
Posted by Redgannet at 13:23