The area around the Tijuana River Valley Regional Park is run through with paths and trails and I was a little concerned about getting lost. To this end, I drew from my cub scout training and left markings on the ground at junctions and along the paths to help me find my way back to the Main Pond. Half-way through the morning, I was struck by the thought that the Mexican border is less than a mile from here and a vigilant Border Patrol Officer may spend the afternoon trying to interpret the signs as a communication from human traffickers. 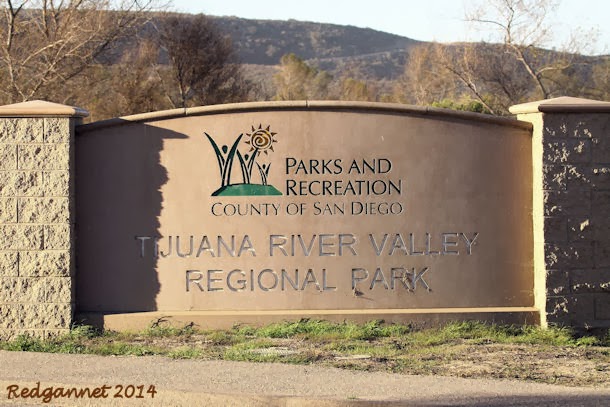 A couple of the paths looked as if they had been swept clean of any footprints so that new ones would show up. This gave me an interesting snapshot of what may have passed along the trail or crossed it in the last 24 hours. Rodent prints mixed with tiny beetle tracks. I couldn’t decide whether the dog prints were from Coyotes or domestic animals. Similarly, the Bobcat prints could have been a feral cat. Only one set of human footprints went ahead of me; not too surprising for an early Monday morning.
The Main Pond on Dairy Mart Road had been my main focus, but didn’t hold my attention for too long. A good number of Black-crowned Night-Heron roosted in the reeds on the far side from the screen. Mallards and Northern Shovelers were easily found. Pied-billed Grebes and a Great Egret skulked around the edges.
A pair of Downy Woodpeckers had been seen just as I entered the area and it was interesting to find a Nuttall’s Woodpecker for close comparison. 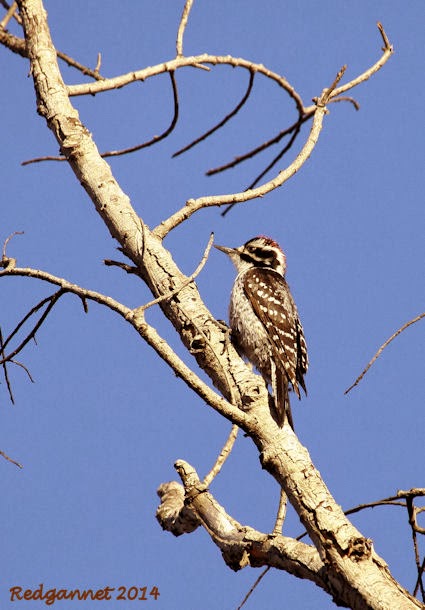 There was a map on the notice-board at the entrance (Google Earth Ref: 32 33 15.08N 117 3 46.39W), but the trails are very jumbled and the glass proved to be very reflective when I tried to take a digital image. Without an adequate direction or trail markers to follow I tried to take an obvious route through the dry scrub, leaving markings at junctions. 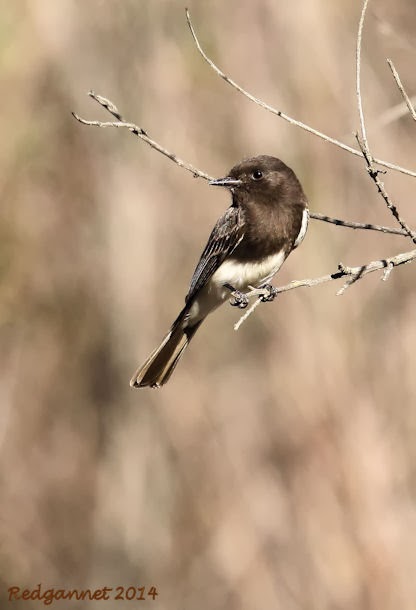 White-crowned Sparrows, Song Sparrows and Black Phoebe were seen along the pathways.
A Merlin sat out well in a dead tree, but flushed as I passed beneath him on the path. It allowed me to pass without flushing further on. 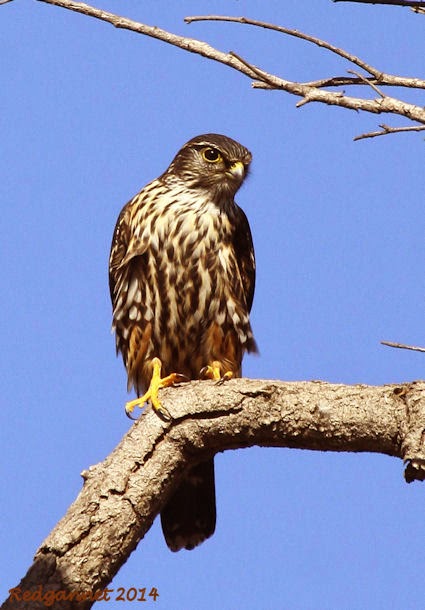 Beyond here, the trail closed in and side trails were closed with bright orange netting. I decided that I had gone far enough and returned, following the signs, to see a Border Patrol Officer scrutinising the ground at a side trail with his cap in one hand, scratching his head with the other. 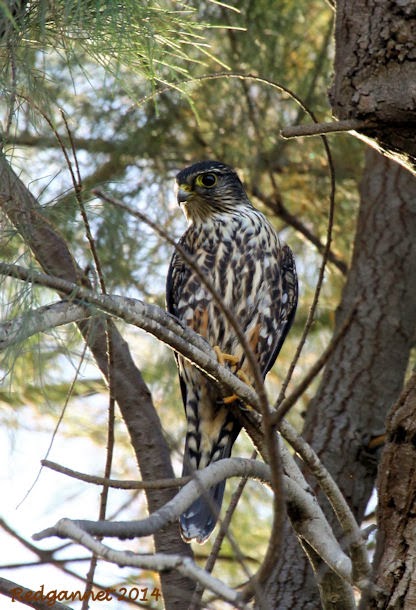 I reached Dairy Mart Road’s Main Pond by taking the Blue Line trolley to Beyer Blvd Trolley Stop. From here, Bus no. 906 or 907 crosses Dairy Mart Rd at Burger King on San Isidro. Get out here and cross Highway 5. The pond is 400m further on the right.
Posted by Redgannet at 15:08