Which associative noun would you use to describe a resident of Bengaluru? If it were up to me I would choose “Banger”, but a reputed (sic) resident of the city informed me that they still use the pre-Anathamurthy term, “Bangalorian”. 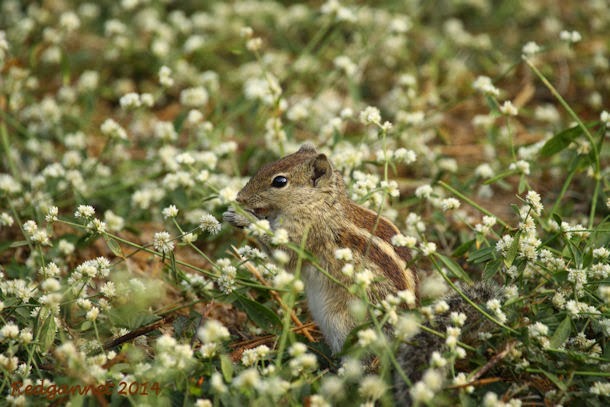 My Bangalorian colleagues had warned me off visiting Hebbal Lake. They were concerned for my security and were worried that I might get mugged. As it happens, I enjoyed a pleasant walk along the lakeside, unmolested and found 30 birds into the bargain, including a Pale-billed Flower-pecker which I have not seen for a long time. 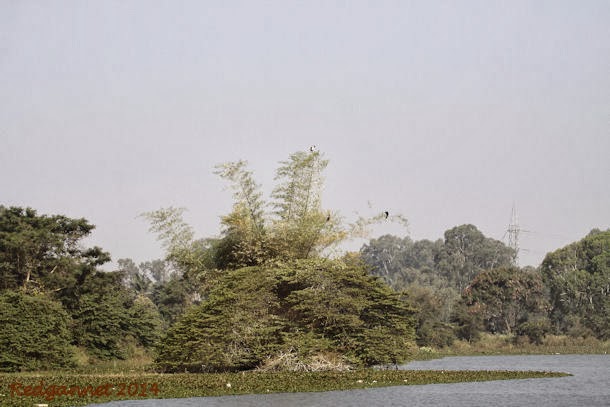 On the southern bank is a gated area called Hebbal Lake Park. The gate, which can be seen at Google Earth ref;13 2 38.14N 77 35 3.95E, was open and unattended at 07.15 this morning (see below) and the seductive, resonant call of the White-cheeked Barbet enticed me through. There was a lawn to the right and a neatly clipped formal garden to the left. Straight ahead was the lake, its margins trimmed with Water Hyacinth. 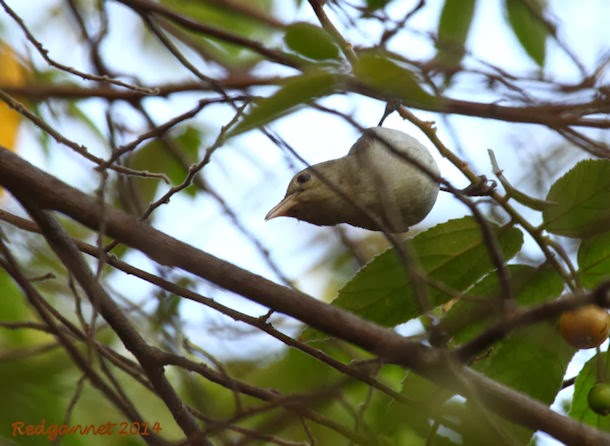 Barbet calls were common, but the birds were restless and wouldn’t sit out for a photo. The flower-pecker was also very evasive. One was trying to swallow a berry that was almost as large as its own head, but kept to the tangles where I couldn’t autofocus. A Blythe's Reed Warbler was far more accommodating. 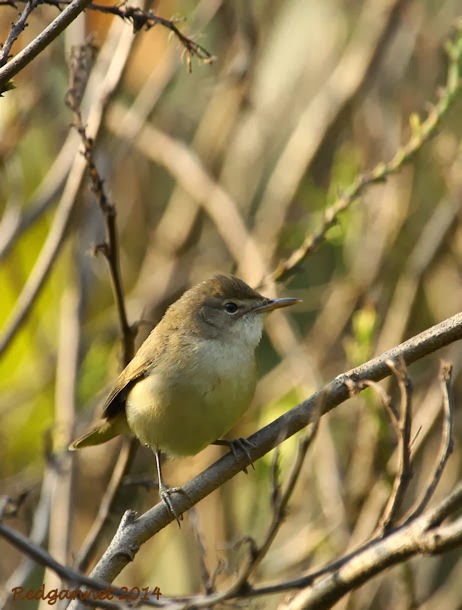 In the gardens to the left, a few overgrown spots looked promising and sunbirds played chase through the treetops. They were too quick to see, but the call was Purple-rumped Sunbird. As I tried to catch one in my binoculars to confirm it, a wasp landed on my forehead and stung me. I looked up to see a nest right above me and decided to move on. 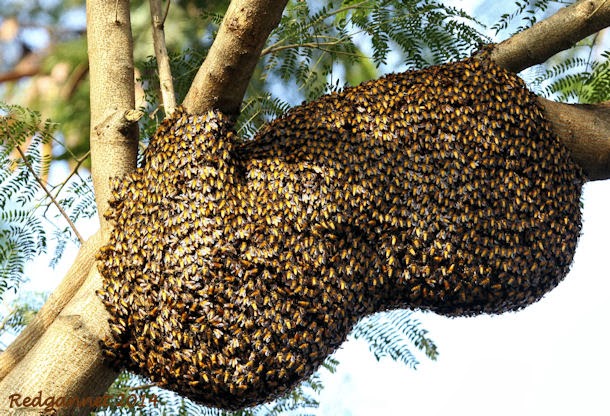 Out on the lake were a couple of very pretty islands, also surrounded by floating weed. Eurasian Coots and Indian Spot-billed Ducks floated on the open water, but most of the action was concentrated around the availability of food in, on and around the Water Hyacinth beds. 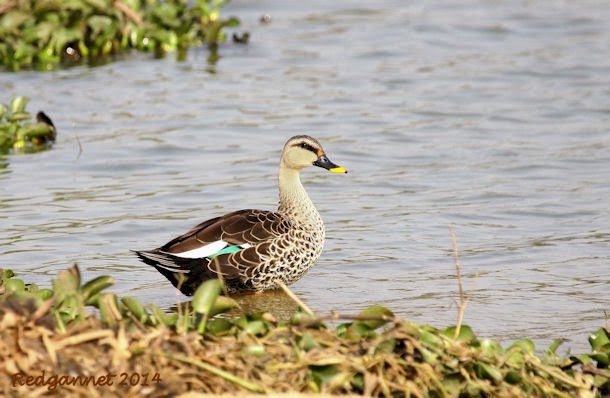 In the distance, white herons proved to be Intermediate and Little Egrets. A dark thin ibis flew in on the far side of the lake. I thought Glossy Ibis, but this is beyond their present range. Historically, they used to be seen down this way, but their range contracted and they are more likely to be seen far to the north. It was a distant look, but I prefer the slight, fine-billed Glossy to the Black Ibis, whose range covers this area, but is a much stockier bird.
The cormorants were very obvious with three species representing the family; Great, Indian and Little Cormorants. The most common were the square-headed Little Cormorants which could be seen swimming, diving and roosting. The others appeared in much lower numbers. 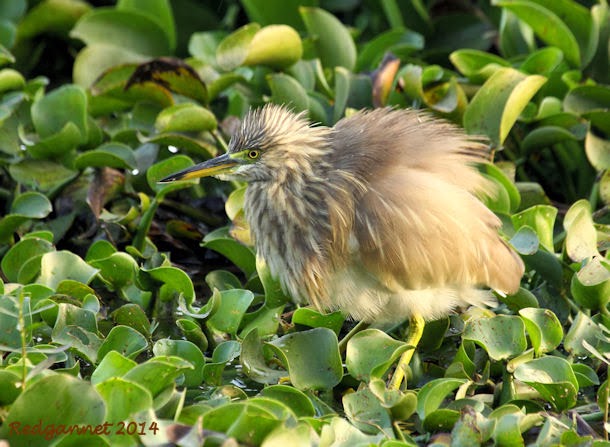 The Indian Pond Herons became more obvious when I stopped and scanned. They blend in very well and move very slowly, but once my eye became atuned, they were seen everywhere.
Eurasian Coots, White-breasted Waterhens and Purple Swamphens represented the Rallids from plates 38 and 39 of my Princeton Field Guide to the Birds of India and Pakistan, whilst a Bronze-winged Jacana was filed under “miscellaneous” on Plate 49. 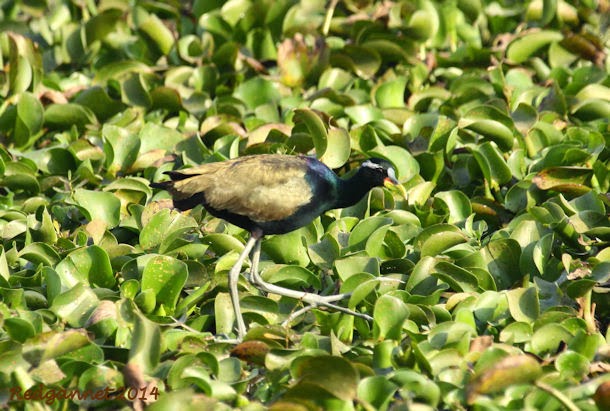 The most productive viewpoint was in the furthest east corner of the park at Google Earth ref; 13 2 39.51N 77 35 7.23E. Most of the aforementioned water-associated birds could be seen from here as well as a distant Oriental Darter, a White-throated Kingfisher and a roosting Spot-billed Pelican.
My field guide denies the existence of any species of pelican in Bengaluru, so I decided that my next move should be to get a better look. On the way out, a Purple-rumped Sunbird sat out to be ticked, but the Greater Coucal, which had been teasing me all morning with its rich calls, evaded sight confirmation.
I had hoped to find some waders, but there was no sign of any. There was a roosting bar that would have made a good overnight stop for any birds that could find good feeding in the area, but there did not appear to be any shallow water or mud on Hebbal Lake ( I have just found an eBird submission for the lake which confirms that a few species of wader might be seen here and supports my thoughts on Glossy Ibis and Spot-billed Pelican). 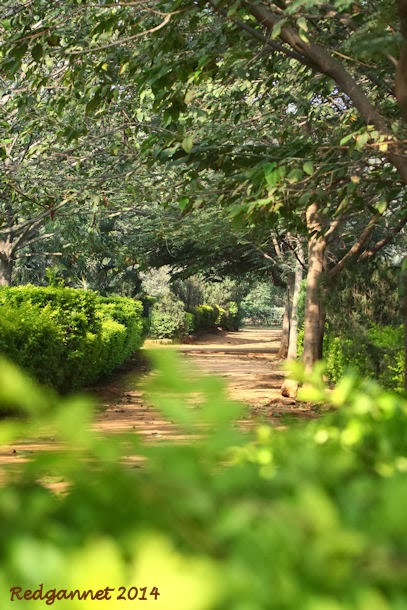 Contrary to advice that I had received, Hebbal Lake is not free access at all times. There are fences and gates that block access to the lakeside along the southern shore and I had only been able to walk about 300m of bank. Even within the park, a barrier protected half of it from my explorations. My attempt to get a better look at the pelican was thwarted by not being able to get close to the bank further along. Spot-billed Pelican is my best guess as it is the only member of the Pelecanus family likely to be seen south of Mumbai. Great White Pelicans have been very rarely seen this far down, but this individual was a “dingy” bird and that is what I will tell eBird when they send me a quizzical email. 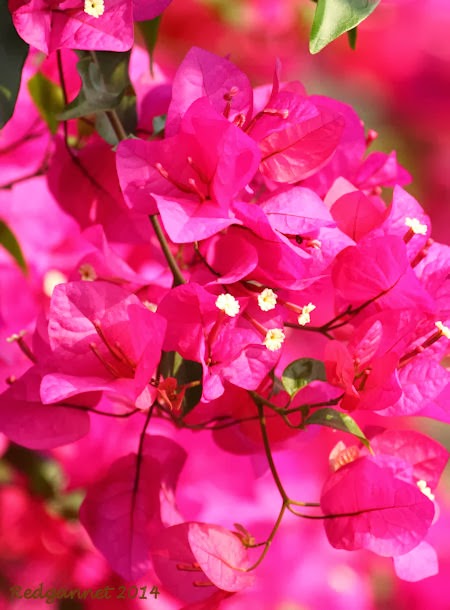 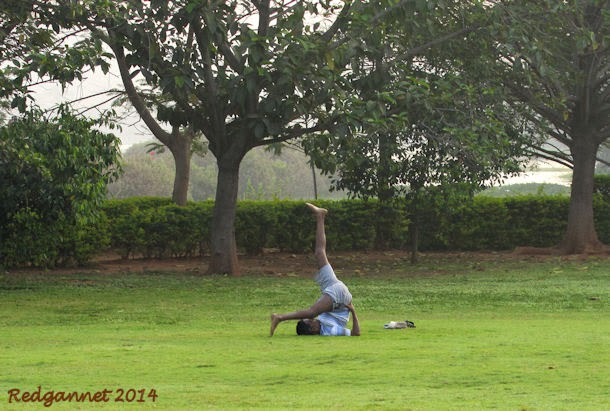 Confusion and frustration could arise at the gate to Hebbal Lake Park. A notice there advises that opening time is 09.45 and that a small charge would be applied to visitors, especially those with cameras. The gate was open and unattended at 07.15 this morning and enthusiastic Bangers were keenly applied to their morning exercises. I left at 09.30 and there was still no-one to take my money.
The park was not at all busy. Perhaps 15 people shared the area with me today. Most of those were sweeping leaves or cutting grass. The park is not close to, or easily accessible from a residential area, as it is on the wrong side of a busy dual carriageway, so casual early morning walkers were few. The side road outside the park is popular with truck drivers as an overnight pull-in and this transient population may have been the cause of my colleagues’ concerns. My experience was of a peaceful, pleasant and quiet park. There were no facilities that I noticed and I would guess that it is not an easy place from which to hail a cab. Ask your driver to wait with you and if you feel uncomfortable, ask him to walk with you. My taxi from the centre of Bengaluru today cost IR800 for 4 hours.
I only managed to explore a small section of the lake, but access looked difficult further along 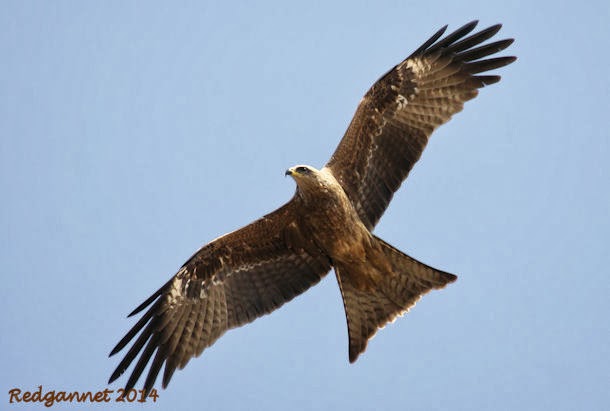