Be careful what you wish for….
The irruption of Snowy Owls along the eastern seaboard of the USA had me wishing for a Boston trip so that I could join the thousands of birders who have been enjoying the spectacle. Corey found 6 birds over a New York weekend and reports had been logged of owls being seen in the centre of cities! 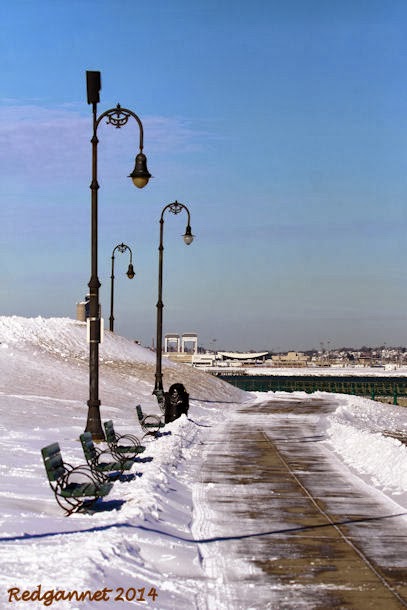 The east coast of the USA has been hit by snow and bitter temperatures this week with an arctic vortex bringing silly low temperatures. Credit must go to the snow ploughing guys who even managed to clear the pathways out to the castle at Pleasure Bay and made the walk so much easier and comfortable. Oh my goodness it was cold, but joggers, dog walkers and even a limey birdwatcher made it out to the point this morning. 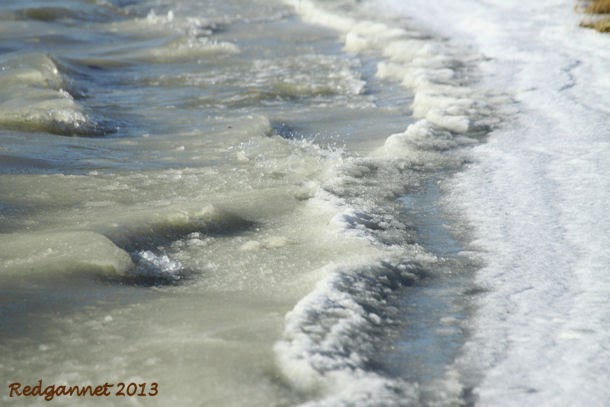 Even the salt water had frozen and the tide had left interesting patterns as it ebbed. As it came back in, little slushy wavelets rode gently up the beach. A few ducks inside the lagoon included Bufflehead, Common Goldeneye, Hooded Merganser and Red-breasted Merganser. 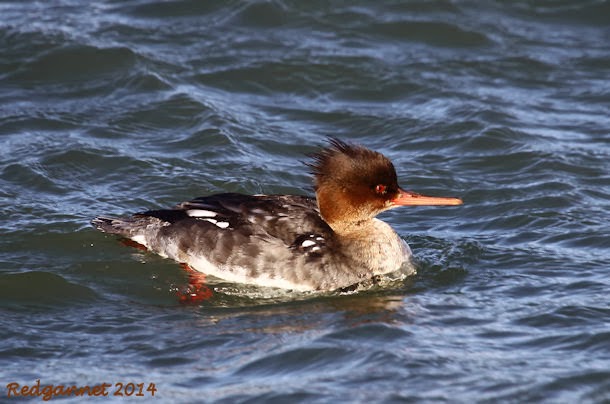 Beyond the walkway separating the lagoon and the bay, Horned Grebe skirted the edge of the ice that was piling up against the shore and Common Eiders kept a tight formation in their flock just off the viewpoint at Google Earth Ref;42 19 49.69N 71 0 55.23W

Back on the lagoon side, a Ruddy Turnstone hunkered down behind a rock to gain a little shelter from the cutting wind. 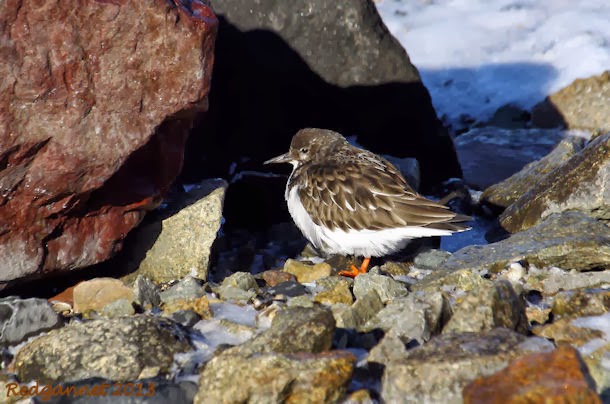 I had come out here to cast a scoped eye across the bay towards Logan International Airport. Hopefully, a Snowy Owl would be teed up on a runway sign, or perhaps one might be seen roosting on the lighting pier. I had forgotten however that the distance from the boardwalk at Google Earth ref; 42 20 21.43N 71 0 35.82W to the airfield was at least 1km and even with a scope, it would be difficult to pick out a snowy Owl against a snowy background. 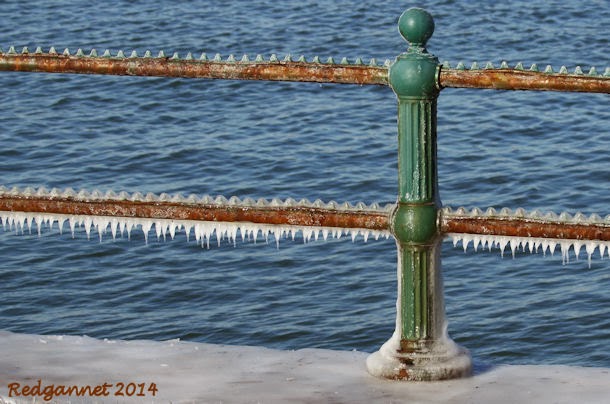 A Northern Harrier passed through the scoped view and I hoped that it might lead me to an owl. Predators are famously intolerant of other predators and the harrier, cruising over the taxiways had a far better view than I did. Perhaps it would suddenly dive-bomb a slightly patchy clump of snow and give me something to concentrate on. This was a bit of a hit-and-miss method of looking for Snowy Owls and brought no luck on this occasion. 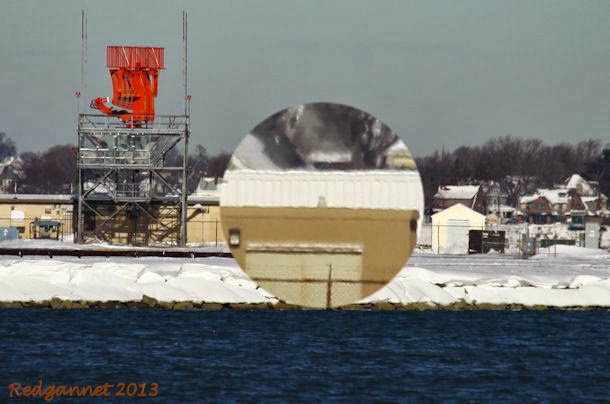 My only suspicion of a Snowy Owl came from a small snowman shape on the top of a small hut. The hut formed part of a cluster of buildings and radar, but at such a distance it was difficult to be sure that the little shape was alive. I took a series of pictures and when played back, the shape appeared to move slightly with each frame, but there was enough atmospheric turbulence that could account for that. 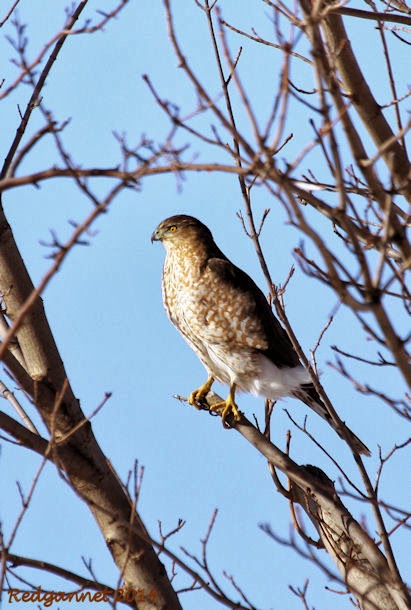 I had wrapped up well, but there is only so much that a body can take and I had to call it a day after a short while, the wind and the temperature drove me back to the bus stop, but on the way a Cooper’s Hawk sat just long enough for a quick snap.

Bus number 9 runs every 15 minutes or so from outside the library on Boylston St to Pleasure bay, taking about 20 minutes. It stops opposite the water at Broadway and Farragut Rd. For the return journey the bus stop is one block back from Farragut Rd at Broadway and P St.

For a previous Snowy Owl hunt from Pleasure Bay, follow the link below;
http://redgannet.blogspot.co.uk/2012/12/pleasure-bay-boston-dec-2012.html


Visit the dedicated USA and CanadaPage for more posts from Boston, including; Mount Auburn Cemetery and Back BayFens.
Posted by Redgannet at 16:22