Having dipped on the Upland Pipit from Tai Mo Shan, I began the return Journey to Hong Kong Island by catching KMB bus no. 51 from the stop where the MacLehose Trail crosses Route Twisk. Half-way down the hill, I noticed an array of big cameras in a small picnic and barbeque area on the left. A large sign announced Cheun Lung Family Walk (Google Earth ref; 22 23’ 45”N, 114 06’ 17”E). With little to show for the day so far, I pressed the bell, but the bus continued a mile or so before it stopped. Luckily, the green minibus no. 80, plies frequently between Tsuen Wan and Shek Kong and I was quickly back up the hill to where the action was. 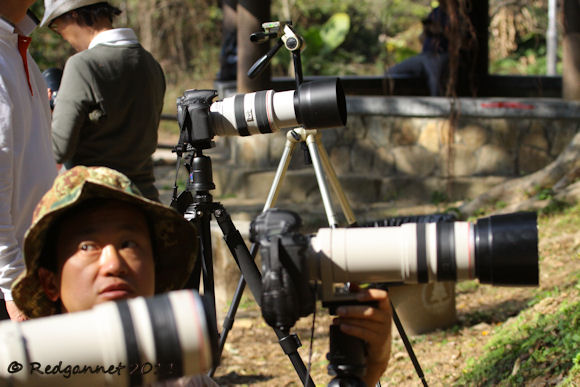 In what I am coming to think of as the Hong Kong style, someone had set up a few logs at jaunty angles employing Feng Shui and a couple of bricks to achieve a pleasing effect. They had then baited the logs with meal worms. But what were they trying to attract I wondered. I asked if I might sit in and settled down to wait. Now, unless I told you, you probably wouldn't realise, but behind the tit was a large ugly picnic table. One of the photographers had had the foresight to cover it over with a camouflage sheet, which makes the background much more bearable don't you think? 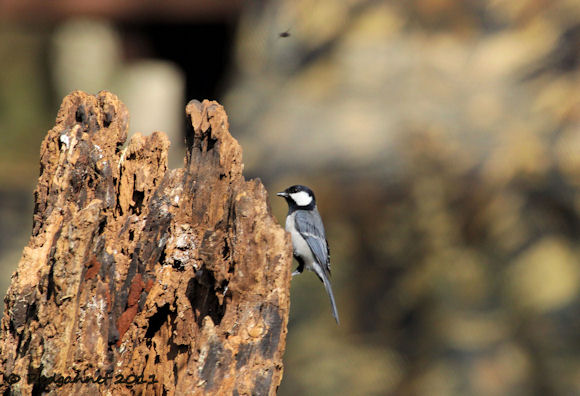 A Great Tit P.m. commixtus, came down to pinch one of the meal worms and the cameras rattled off a barrage of shots. Surely this elaborate feeder station had not been built for a Great Tit. I got speaking to one of the photographers, Mr Bell Wong, who pointed out the picture of their intended quarry in my field-guide.
Then a call from the woods caught everyone’s attention. An Orange-headed Thrush flew in to the prepared stage and began feeding on the bait. 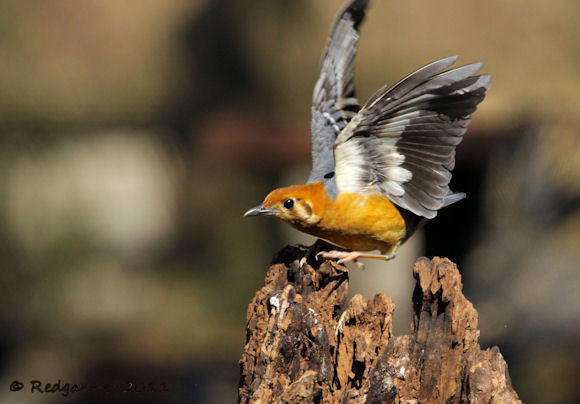 The thrush is very scarce in Hong Kong, hence its celebrity status and the paparazzi-style reception on its arrival. I had seen one the previous week in India where it is more common, but my photograph was lousy and I was pleased to get the chance to rectify that and give you a better look at this beautiful bird. 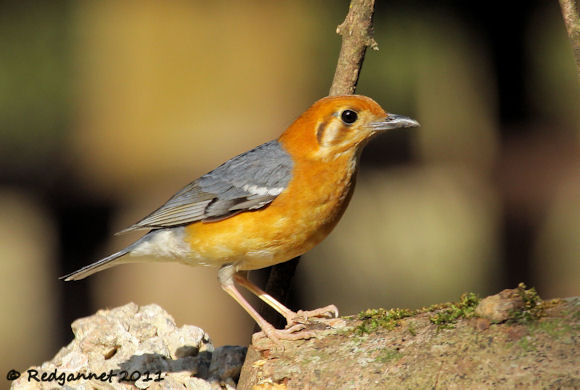 It ate a few meal worms while a few thousand frames were fired off between us, then moved back into the woods to give the birders a chance to re-bait and check their results. It returned a couple of times and gave everyone ample opportunities to get decent shots. 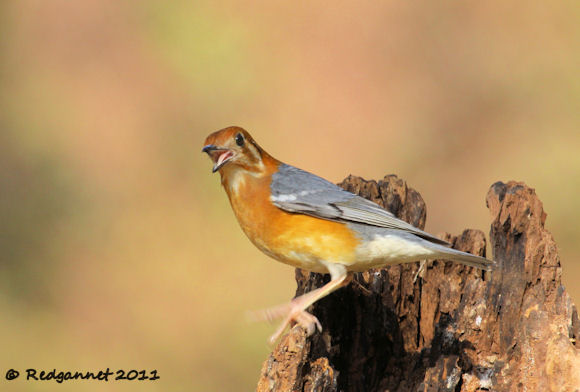 Between the thrush’s visits an Oriental Magpie Robin, dressed as if for an early dinner, came to bask in some of the attention and grab himself something to eat. 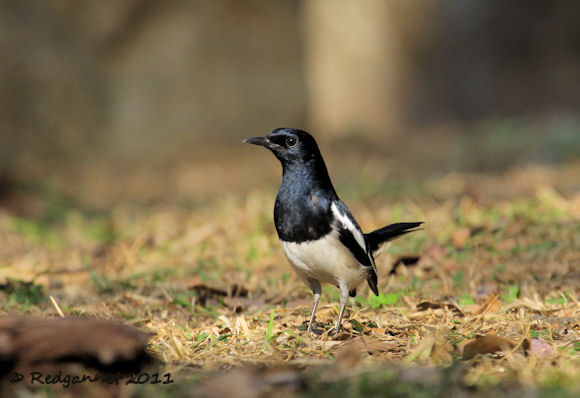 The Hong Kong birders started packing up, so I decided to take a look at the family walk before the light faded. The trail took me into a wooded area with light undergrowth. The Great Tits were still visible and I noticed a couple of Phylloscopus warblers working their way through the cover. Expecting them to be the usually common Yellow-browed Warblers, I was delighted to note the crown stripe and light rump of Pallas’s Leaf Warbler.
Cheun Lung Family Walk and Barbeque Park is only a small area and seemed an unlikely spot to rescue an otherwise uneventful day. It is to be found about half way up Route Twisk, just before the tiny village. See Tai Mo Shan post for directions. Note; the KMB bus no 51, does not stop at Cheun Lung Family Walk, but it is well served by the frequent, green minibus no. 80.
A Gallery of pictures will be submitted to 10000 Birds and linked when it is published.
Species seen; 6