In Somerset West, nestled in the lap of the mountain, is the Heldeberg Nature Reserve. In the summer, on warm Sunday evenings, concerts are held with a band playing beneath the oaks while the audience watch with a bottle of wine and a picnic from the grassy slope. Children, not taken with the drum and bass led soft rock, played football on the grass or hide and seek in the fynbos. It is a great place to be. This was an evening visit at the end of a long day. 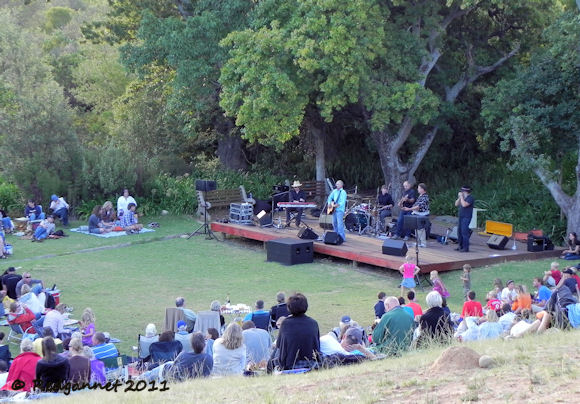 The birds were a little further up the slope than normal to escape the noise and excitement. A small Muscicapa showed with a short eye stripe which I thought of as a Dusky Flycatcher. When it came out for a proper view, the pale underparts and (on closer inspection) the streaked head, made me go for Spotted Flycatcher. 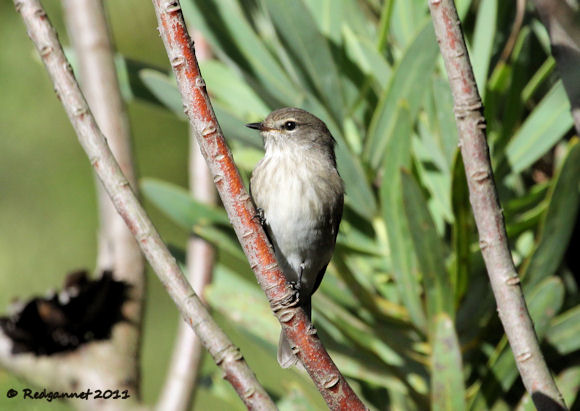 Fynbos is a collection of heath-type plants that make up the unique habitat of the South African Cape Region. It is extremely rich in its diversity and supports many endemics. The  Cape Sugarbird loves the proteas while the ericas are favoured by the Orange-breasted Sunbird and the Southern Double-collared Sunbird. The Malachite Sunbird ranges wider, but still favours stands of protea. 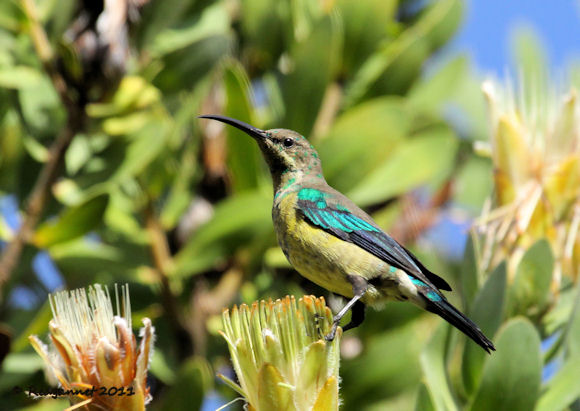 In the brackets below is my original caption for this picture and it shows the dangers of assumption.

(This Malachite Sunbird would be completely metallic green during the breeding season, but has moulted into eclipse plumage after the exertions of the southern summer. Eclipse is a dull transitional plumage worn until the bright colours re-grow).
Yes the main breeding season for birds in the southern hemisphere would be opposite to those in the North, ie southern spring equates to north autumn, but it is not as straightforward as that. The Malachite Sunbird of the south-west cape for example, breeds between May and November. In the eastern cape, the season extends from August to January and in Natal, from October to April. So if you catch me generalising so badly again, please pull me up.
As for the eclipse plumage, that is a subject that needs more looking at too. 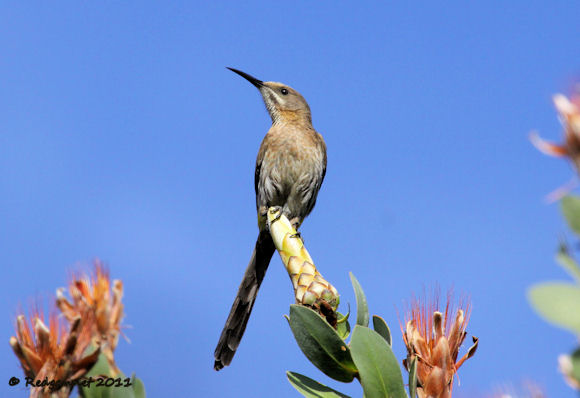 The sugarbirds did not seem to mind the music and were to be seen in their normal haunts at the top of a protea bush. The tail feathers of the male are extremely long and susceptible to the breeze. The female is able to maintain more dignity as her shorter tail is easier to control. 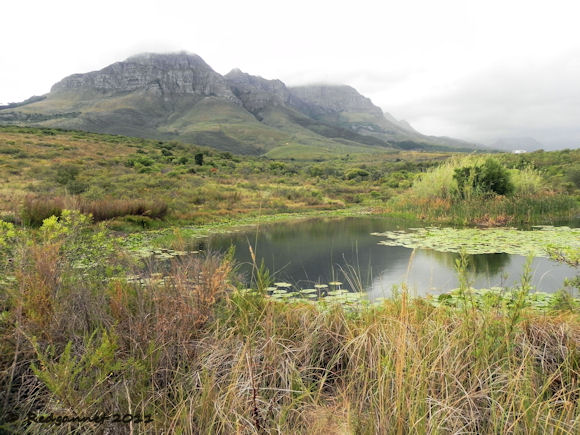 A café at the reserve opens at 08.30 for breakfast and stayed open while the concert played until 19.30. Access may be gained to the reserve at any time on foot, but a barrier blocks vehicles early in the morning. Limited parking may be had just outside the gate. The trails lead high up onto the mountainside, but most of the birds can be found in the lower levels. Entrance costs RSA 15 with a vehicle.