Skomer; Part 4 of the trilogy.

My friend Martin and I, with Ben and Joe, our respective sons, are on Skomer, an island off the Pembrokeshire coast in south-west Wales. Ostensibly, we are here to go bird watching, but there does seem to be a lot of cricket going on. This is day 4, an unexpected extra day. My  11 year-old son is not a birdwatcher, but was keen to come along anyway. We booked for 3 nights with Joe having the option to use his veto and pack it in after 2. To my surprise and delight, his tolerance has improved and he wanted to stay on for the third night. Day 1, Day 2, and Day 3 can all be found at the respective links. 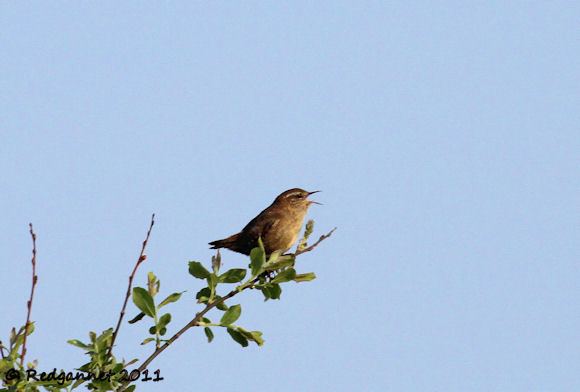 Martin and Ben were able to shake off the gripping on day 3 by seeing the Short-eared Owl from North Valley Hide this morning. I contented myself with a gentle stroll around the grounds of the farmhouse, noting a singing Northern Wren while the hero of the hour dozed peacefully. A Grasshopper Warbler was reeling in the dry grass near the owl bench and another was calling from close to the stream. I wasn’t able to pinpoint this potential lifer and had to content myself with Willow and Sedge Warblers. Joe came out to check on the Slowworms. 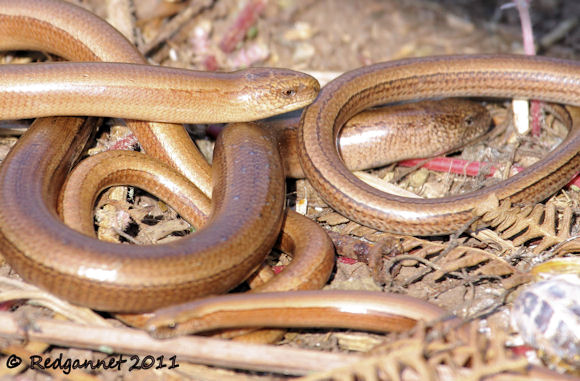 When Martin and Ben returned, we put out our luggage to be taken by tractor to the landing point for our boat home scheduled for 12.00. We still had a couple of hours left and were reluctant to leave the farmhouse in case the owl, which had settled on the far bank, took another flight. The owl didn’t show again, but a Black Redstart alighted on the apex of the old building by the bench. The apex may deserve a post all of its own. 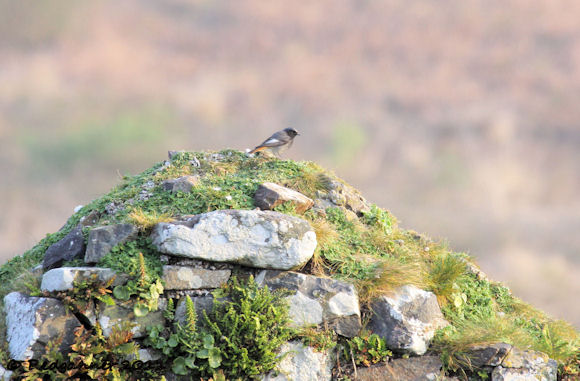 The island was taking visitors again today and we were going against the flow by heading towards the landing point. The Razorbills were still there and didn’t seem to mind cameras being pointed at them. I took Joe for a look at the cave that he had found earlier in the week only to find 2 Grey Seals in there, which hurried out from a potential trap. 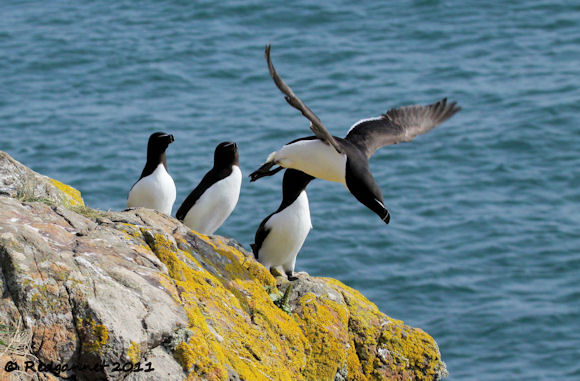 The other seals out in the bay were curious to have a look at Joe again, which was nice as he wanted to get a close look at them too. With a last bit of rock climbing, we headed for the boat and the mainland. A Common Sandpiper flushed as we left, lifting the week’s list to 62 species. 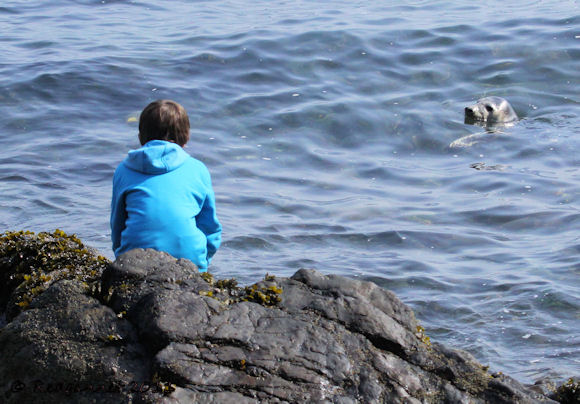 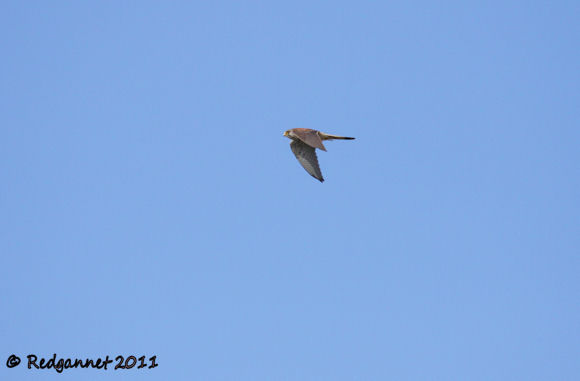 Common Kestrel
The Wildlife Trust of South and West Wales have built a terrific website with tons of information, maps and logistics for anyone wishing to visit Skomer. I would draw your attention to one detail which deserves highlighting. The boat does not ferry visitors to and from the island on Mondays. If you turn up on a Monday, you will have to be satisfied with a circumnavigation of Skomer and its neighbouring islands. This also means that visitors staying overnight on Sunday will have to stay the extra night until Tuesday (Incidentally, the ‘first come first serve’ policy on the ferry left a few disgruntled passengers having to wait for the next sailing, though overnight guests take precedence over day-trippers).
The boat only runs during the season between April 1st and October 31st.
Posted by Redgannet at 13:53