Another bright morning enticed me into Mote Park while the rest of my family were bonding at the hairdressers (a grooming procedure that I no longer have any call for). A chilling wind was a cruel reminder that spring can be fickle. The breeze didn’t stop the birds singing on an otherwise beautiful morning, but it kept them off the outer perches, sheltering from the cold. 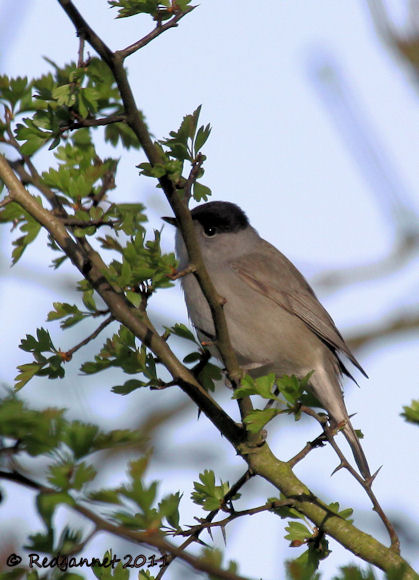 The Blackcaps were very vocal again this morning, joined by the Wrens and Chiff Chaffs. The Chiff Chaff, so obvious during the warmth and stillness of the past week, eluded me this morning, so they don’t appear in the list below. The Kingfisher also continues to elude me. 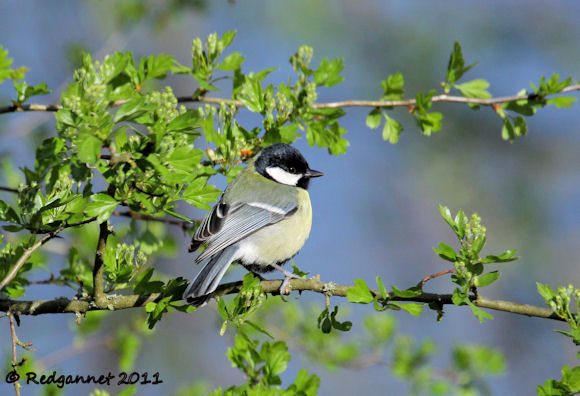 A Great Tit showed well in a sheltered spot in the lea of a Hawthorn tree close to the lake. The River Len had an extra flow to it today after showers yesterday afternoon which also served to depress the temperature. A Wood Pigeon sat for me at the Mote House end of the causeway. It hadn’t seen my approach and was now relying on the still and silent technique instead of the more usual clattering flight to avoid being seen. 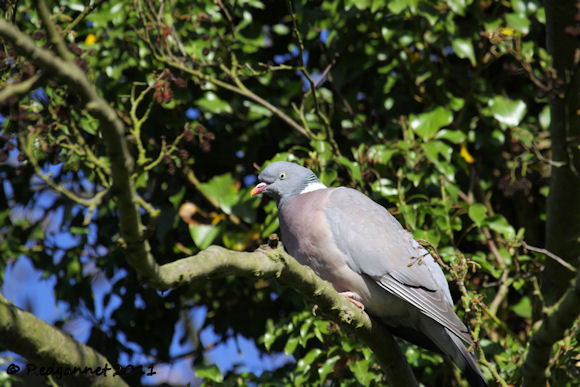 Along with the Kingfisher, I was also hoping to capture some more shots of the Green Woodpecker and the Great Crested Grebe to make 10000 Birds gallery posts. The Green Woodpecker could be heard “yaffling,” but was not seen. The grebe is not a confiding bird and stayed beyond the effective range of my lens until I came across one on a nest. As I watched, the male came by to check on the sitting female. She looked disappointed that he had not brought a gift, but perhaps he was concerned to see me paying her too much attention. 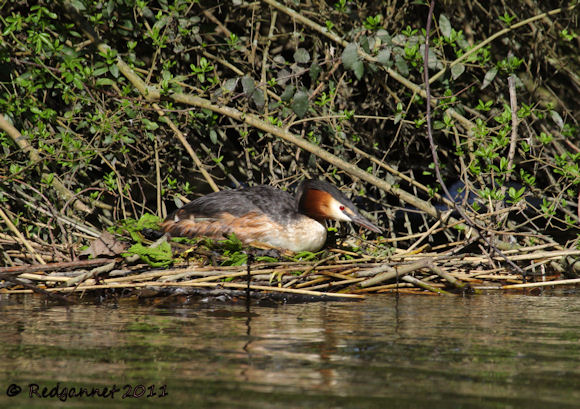 I bumped into Simon the local blogger and his mum and joined them to walk across the grassed areas to the south of the lake. Thankfully, he forgave me my trespasses. A female Mallard looked as if she was considering a large fallen tree trunk as a potential nest site. She looked nervous at our approach. A drake flew up from the ground nearby to join her. It would be very easy to anthropomorphosize and imagine him putting a comforting wing around her as reassurance. 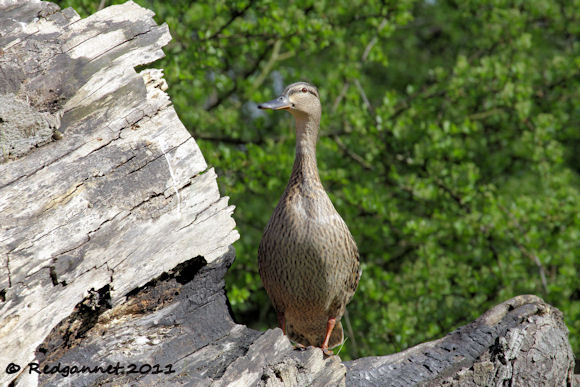 Simon ripped me with a Red Fox across the lawns and a Linnet that I didn’t see well enough to count, but we both saw the Herring Gulls and Eurasian Swallow that he called.
We strolled back to the Len where the Blackcaps and Wrens continued to serenade us and there we parted company. A Great Spotted Woodpecker was feeding in the trees across the stream and while I was looking for it a European Robin appeared and sat well for me. 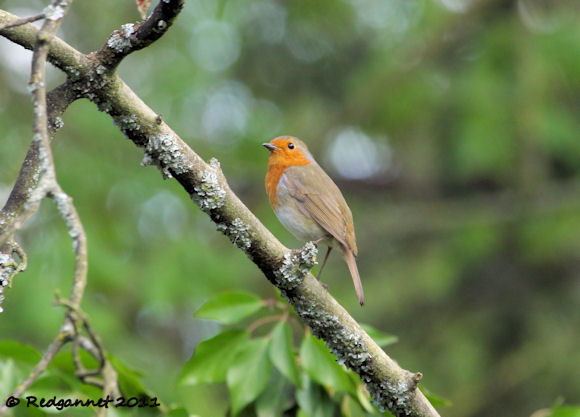 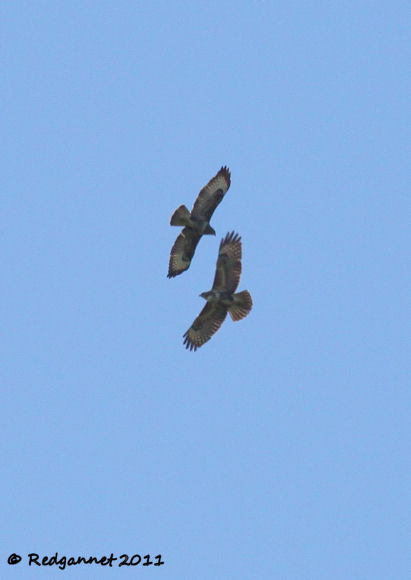 Back at home 3 Common Buzzards were using the breeze to perform syncronised stunt flights across the small patch of sky over my garden.
Posted by Redgannet at 14:10