It sounds like a compound name for the Kent Figure-skating Association, or perhaps the Ken Livingstone Figgy-pudding Baking Institute. Thankfully, Kenfig is neither of these and provided a very pleasant break on the long journey to Skomer. 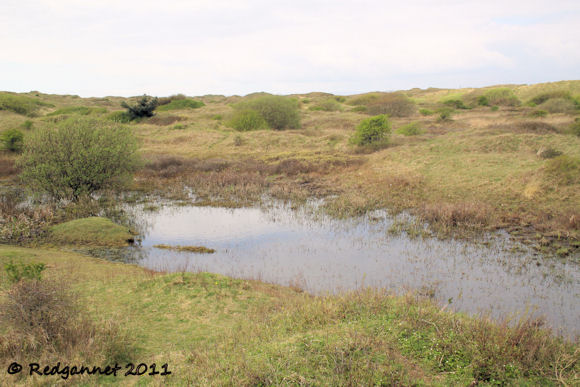 It is a reserve made up of a lake, grass and scrub-covered dunes and a coast-line with a surfing beach looking out onto the Bristol Channel.
Willow Warblers were singing madly to announce their recent arrival, with their song characteristically trailing off towards the end. 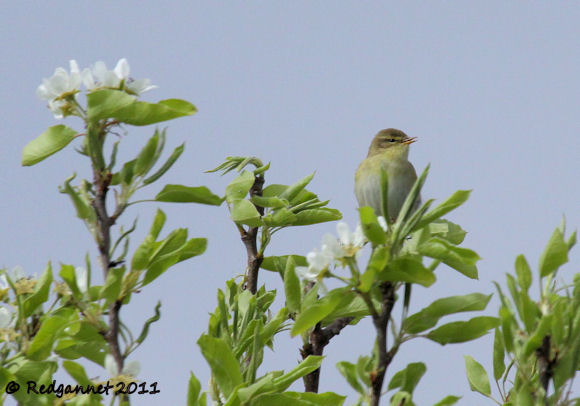 Other migrants included Common Whitethroat and Blackcap which were also giving a great performances from hawthorn and bramble.
The dunes reach up to one and a half miles inland where the M4 cuts through the furthest advance. From  the Visitor Centre to the Bristol Channel is just under a mile in a straight line through the dunes, but there is no chance of that with the maze of paths that have been trodden through to the beach. It could be easy to lose one's sense of direction were it not for the chimneys and plumes of steam and smoke from Port Talbot to the north-west.
Linnets were common and Skylarks were singing from on high. 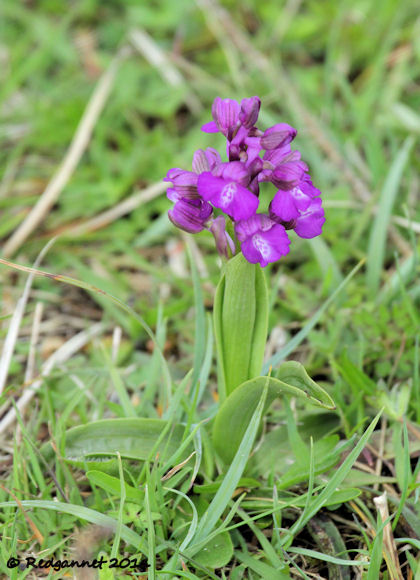 15 species of orchid have been identified at Kenfig. To my untrained eye, this one looks like Green-winged Orchid, Orchis morio.
A cursory look at the lake gave a couple of Great Crested Grebe, Cormorant and some Coot.
By the visitors centre is a short boardwalk that produced the only Chiff Chaff.
This was a very quick stop to excercise an 11-year-old, buy ice-cream and meet a friend en-route to Skomer, so a brief post cannot hope to do it justice. There is a great website for Kenfig which gives a much more in-depth picture.
I was delighted to note that my son was actually showing an interest in the birds, albeit a very fleeting one. He used the binoculars and was able to get a handle on the Willow Warbler song. Many of the birds below are lifers for him as he had never bothered to have a good look and ask about them before.
Birds seen; 34