Morpheus was reluctant to release his grip this morning, but a warm, bright, spring morning beckoned. Muscat should have been creaking under the combined weight of thousands of migrants dropping in to refuel before crossing the Gulf of Oman on their way to their northern breeding grounds and my anticipation was heightened by the purchase of a brand new Helm Field Guide to the area, so it was a bit of an anti-climax to see an empty mud flat when I arrived at Qurm (Qurum) Natural Park.

The park is said to be the biggest in Muscat, but there is no definite information about the opening times. Vaguely, it opens in the afternoon on weekdays and 10.00 at weekends. The lawns and lakes make up the inland section which is subject to gate openings (other websites tell of herons and waders to be seen in this area, but none give gate times). I visited the mangrove section by the beach at Google Earth Ref; 23 37’ 13”N 58 28’15”E. There is no gate here, but birding is done through a high chain-link fence, or from beneath the bridges. Birders will be facing south into the sun at this point. There is free and easy access to the beach where gulls, terns and waders may be found. 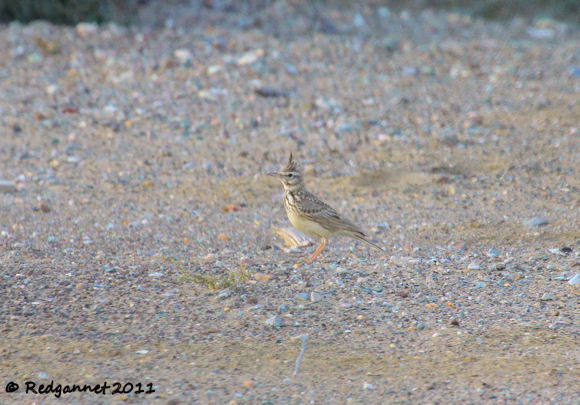 I started by the westernmost bridge and worked my way east along the fence behind ‘Starbucks’, unfortunately this meant looking into the sun. A white phase Western Reef Egret fed close to the mangrove line and House Sparrows chattered from the fence. Crested Larks dropped from the fence onto the sand beyond, but getting focus through the fence was tricky. Further along, a Green Bee-eater was perched on the fence and a small covey of Grey Francolins gave me the same focus problem as the larks. It was still early and the francolin treated me to a coarse cry. 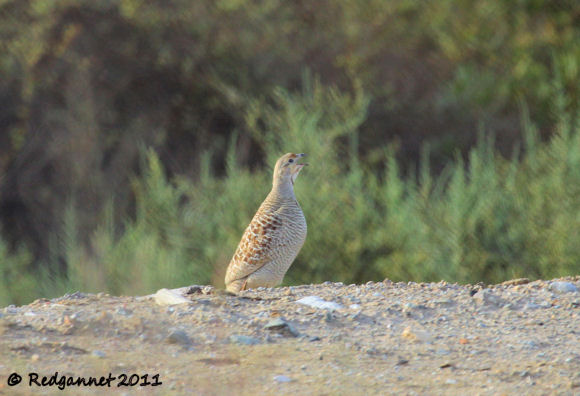 There are two inlets to allow the tide to ebb and flow through the mangroves. Each is crossed by a bridge along the esplanade. At the second bridge, I got my scope out to look at a bird which might have been a Socotra Cormorant, but which proved to be one of the more widespread Great Cormorant. Some gulls and terns were roosting close to the cormorant. They were all very distant, but eventually I managed to ID them as Sandwich Terns and Slender-billed Gulls. A single smaller bird was a Common Tern. 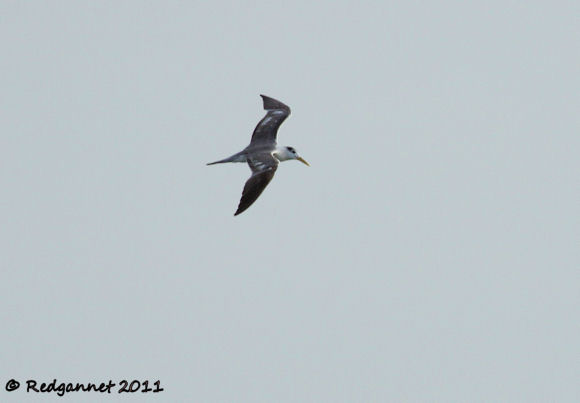 Behind me and across the road was the beach and I crossed over to do a bit of sea-watching. Swift Terns followed small fishing boats, but a large juvenile gull was too distant to see properly. Common Greenshank fed in the little waves of the receding tide, but didn't take too kindly to my walking along the beach and flushed out over the unusually calm sea. 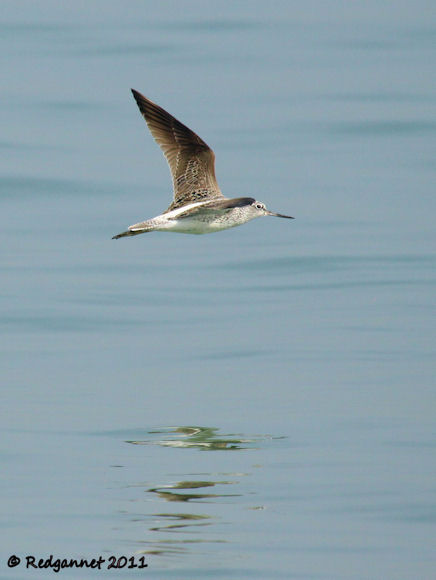 Two Common Sandpipers were interacting in the wet sand, one appearing to be acting submissively while the other strutted in front of it. I don’t think that the submissive bird was a young one begging for food. Any ideas anyone? 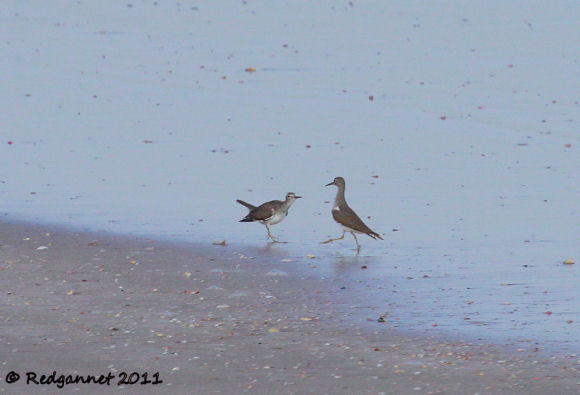 The fence is a very effective barrier up on the road, but easy access can be gained to the mudflats from the beach by passing under either of the bridges as the water level drops. At the lowest point of the tide, it is possible to cross the water at the inlets. Local people, collectors of crabs and shells, use this access to enter the reserve, oblivious to the signs that mark the boundary and request that the sanctuary be respected. 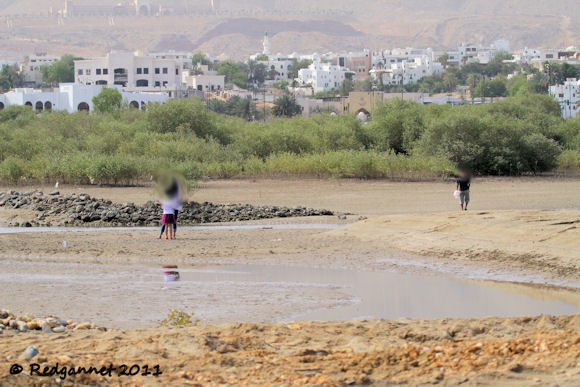 Two small plovers were engaged in a ritualised dispute. They would walk parallel to each other, apparently sizing up the challenge, and then one would make a lunge, with the back of the opponent’s neck appearing to be the preferred target. I decided that they were Great Sand Plovers, but was confused about the meaning of the dispute. My field guide shows them as passage and winter visitors. Neither of them had attained their breeding colours (they might even have been female), so if it was not a territorial dispute, or a fight over a female, what was the all the fuss about? 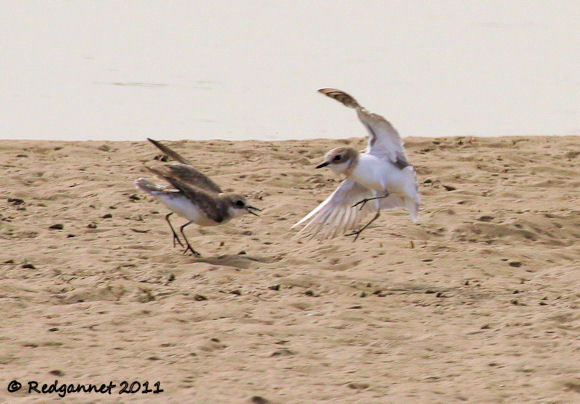 Muscat becomes very hot in the summer and it was clear that the warm season was fast approaching. I was glad to be able to watch the plovers from the shade of the bridge where crabs were digging holes in the wet sand. They piled up the excavated sand into spoil piles outside their burrows. I wondered if the size of their spoil heaps indicated how much sand they had dug and thereby how vigorous they were. 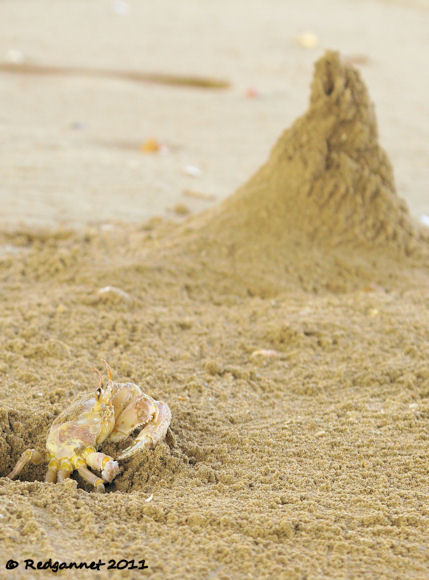