Dutch New Year burst upon us with a barrage of glitter bombs, sparklers and apple cake. The celebrations of the KLM crew were likely to outshine the attempts of the British trying to sing a traditional Scottish song to which no-one actually knows the words, so I took the opportunity for a quick lie down before heading out to Sultanpur National Park. As it happens, I was disturbed a short while later, by a full-throated roar to the tune of Auld Lang Syne from the airline party room 4 floors up. Well done chaps! 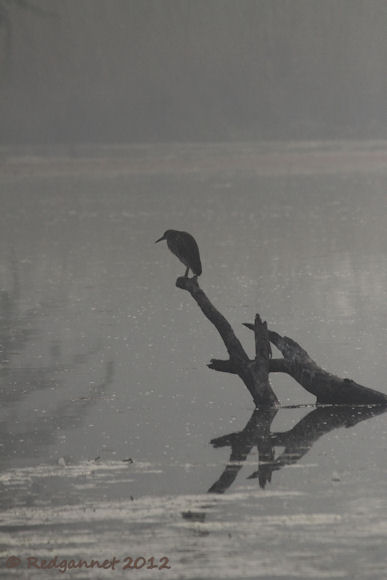 Given my track record, I had foolishly left a few issues unresolved and had 3 things to worry about this New Year’s morning. Would the car arrive? I had tried to book a car on-line, but had not received any confirmation. Would the sanctuary be open on New Year’s morning? Would the fog lift? There had been fog inside the terminal building and the hotel lobby when we arrived! Would the driver know the way (OK, so that’s 4 things to worry about, but Indian drivers often confuse the ability to ask directions at the roadside with actual knowledge of the route)? 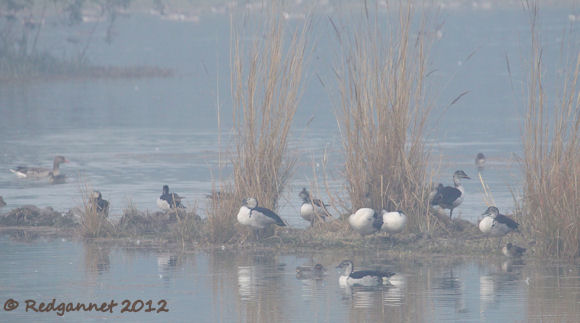 Perhaps my luck is changing in anticipation of a great year ahead because just before 06.00 Jasvinder Singh arrived with the car and confirmed that he did indeed know the way. We arrived just over an hour later after having to stop only three times to ask the way, but found the gates firmly locked. Luckily another birder/photographer was already waiting and confirmed that the park would open as soon as the gatekeeper woke up. Shortly after, a couple of men arrived on a motorbike and one jumped over the gate, woke the guard by poking him with a stick through the grille and moments later, we were in. 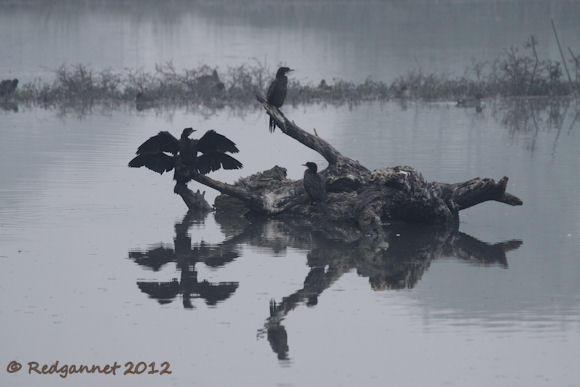 I joined the other photographer, Vinay Chand and he led me along the lakeside to a spit which juts out into the lake and can be seen at Google Earth ref; 28 27 43N 76 53 18E. The fog had not lifted unfortunately but it was still possible to see out across the lake through the murk. Small island mounds were proving very popular with the wildfowl and in particular, the Bar-headed Geese which Vinay was hoping to photograph today. I am sure that his pictures will be atmospheric, while mine just turned out grainy and grey. 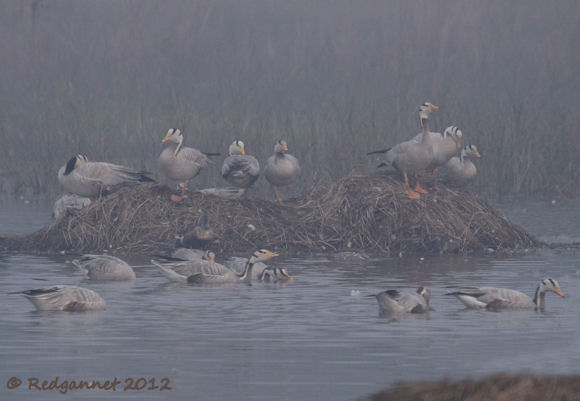 Out on the water ducks included Northern Shoveler, Northern Pintail, Gadwall, and Eurasian Teal. An Intermediate Egret stalked the shallow weedy margins with Common Coot and Common Moorhens. A Common Snipe flushed and I was able to get my first ever picture of one in flight. 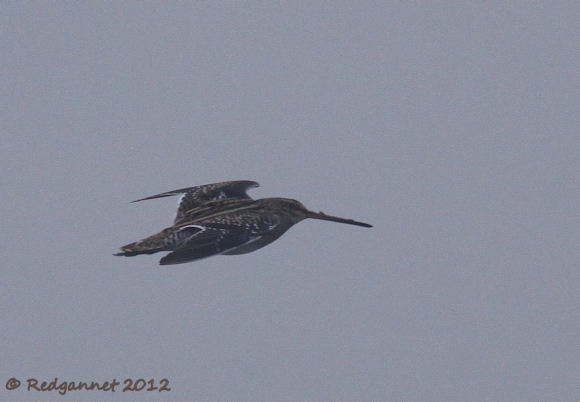 On a couple of occasions the mist thinned. Vinay was confident that the sun would come out soon and burn it all away, but sadly his optimism was misplaced. A flock of Painted Storks could just be made out on the far side of the lake and occasionally one would appear, pterodactyl-like from the mist. 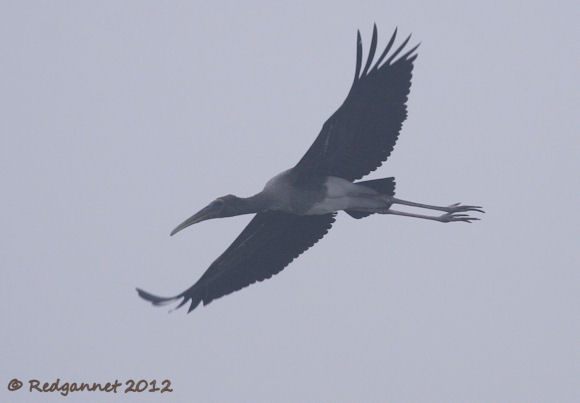 We returned to the path that runs around the lake and began retracing our steps towards the entrance. Dry woodland surrounds part of the lake attracting birds such as Black Redstart, Red-breasted Flycatcher and Indian Peafowl. We were concentrating on the lake and found Little Grebe, Purple Swamphen and Little Cormorant as we continued along the path and back past the entrance. Vinay told me that this part of the park was less visited and the birds appeared to be more wary. 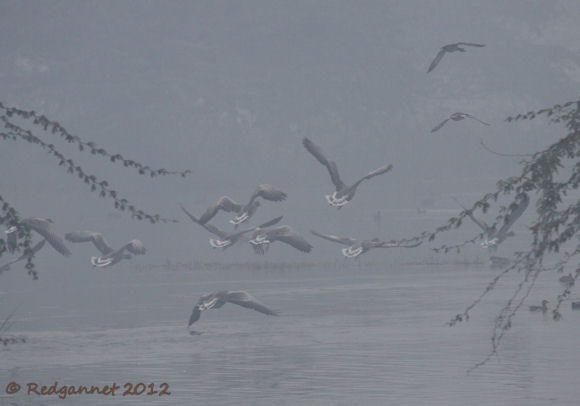 Spot-billed Ducks and Comb Ducks were quick to move away from the bank as we appeared through the gloom Even the Greylag Geese were quick to take flight. Rose-ringed Parakeets and Tree Pipits were seen in the woodland to our left as we rounded the northern part of the Lake. 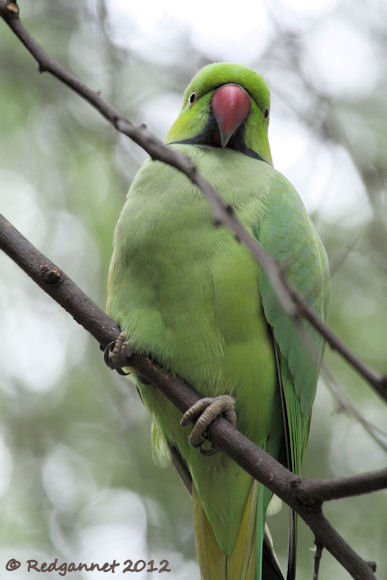 We were headed for another spit which can be seen at Google Earth ref; 28 27 51N 76 53 33E. Vinay was hoping to find some good photo opportunities with Pied Kingfishers and Crested Serpent Eagle. I am still unsure what the large birds of prey that we saw outlined in the distance were, though I was able to confirm a Booted Eagle, seen later, by its “headlights” on a photograph when I got home.

The nesting colony, or “village” as Vinay preferred, of Painted Storks can be seen from this point. On a day such as this, it was an unimpressive sight and the grey, drab juveniles looked wraith-like in the low light. 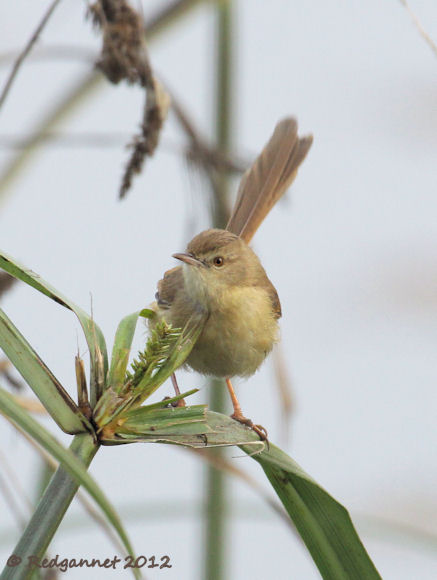 A Plain Prinia showed in the rushes along the spit and at last I was able to get a clear photograph of something. The mist had thinned, but the light was still poor by the time I had to leave. A Black-necked Stork in the distance could be seen at the top of a tree, watching over its nest and its brooding mate. 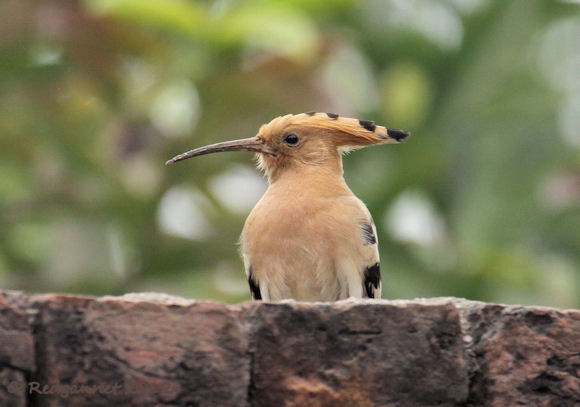 Away from the lake during the journey home, the air quality improved somewhat. A Hoopoe was seen on the wall at the entrance. Cattle Egrets and Indian Black Ibis were seen in the fields and Black-necked Stilt could be found in even the dirtiest of puddles. 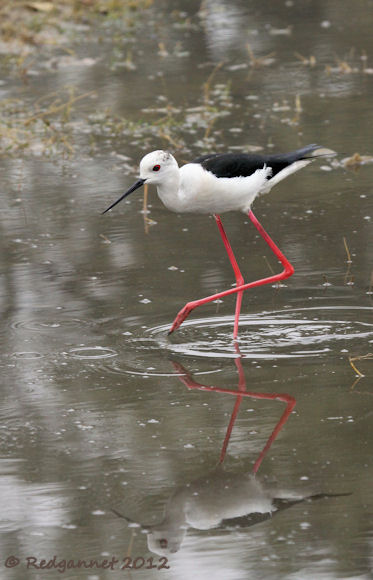 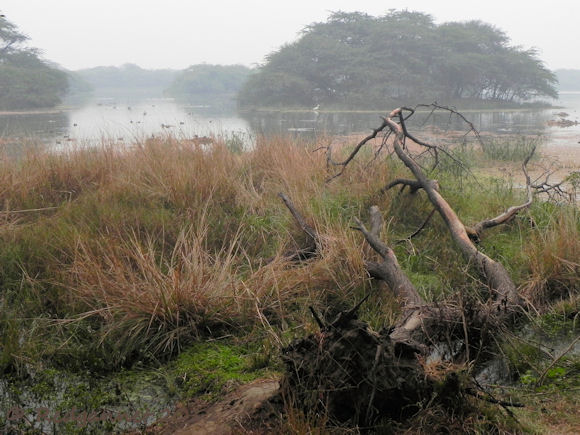 Sultanpur is approximately 50 Kms from New Delhi and the drive should take about an hour. Normal street taxis may have difficulty crossing the state line (perhaps a special licence is required or maybe heavy tax is payable, but drivers seem reluctant to try for whatever reason). A private car should be used and a price set with waiting time for the driver taken into account. 2 years ago a negotiated price from a private hire company was Rs1200 with 3 hours waiting. On this occasion I booked ahead with www.uniqueindiatour.com (good driver, good car and punctual). Considering that I was unlikely to be able to find a car on the street at 06.00 on New Year’s morning, the price of Rs2500 was not unreasonable (all tolls and taxes were included, but 5% for using Paypal was additonal).
** Amendment; as at November 2013, the gate times have changed. The sanctuary opens between 09.00 and 16.30. It is closed on Tuesdays.
A metered cab cost IR2700 + IR 100 for tolls. ** 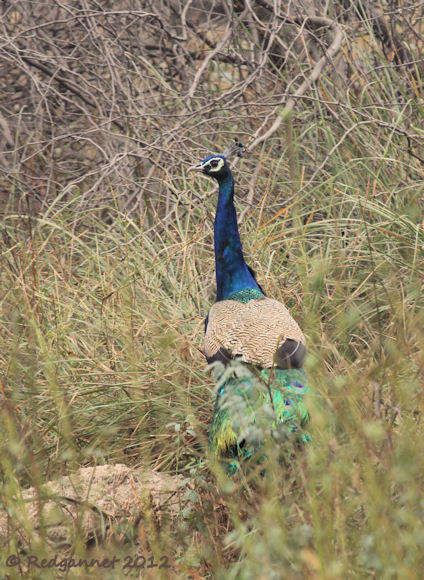 Other posts from Sultanpur NP and other sites near New Delhi can be found by following the links below;