An irruption of Snowy Owls has given me a focus for my North American trips this winter. At Boundary Bay, just South of Vancouver, observers are reporting them by the dozen! www.ebird.org contributors have recorded sightings of up to 30 at at time during the first week of 2012 and I was headed for Seattle, just 100 miles or so south, as the Bubo flies. 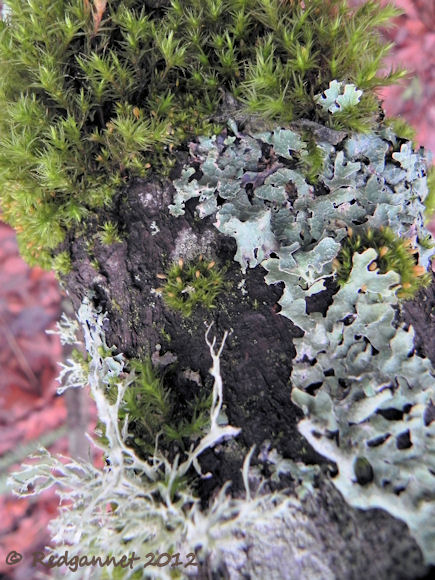 Sighting numbers around Seattle can't hold a light to those at Boundary Bay and are distant from the city without easy public transport access. Without enough time to book a twitching car, I chose Discovery Park as the best likelyhood. There are recent historical records of Snowy Owls here, but Ebird was not ebullient about my chances. As you might judge from the list below, it was a quiet day and I found myself taking an interest in the moss and lichen to while away the time between birds. 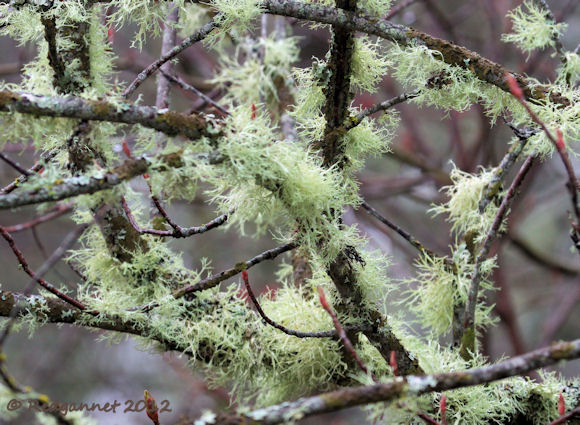 It was a drab, damp day when the light finally began to filter through into the misty morning. The bus had arrived about 20 minutes before sun up and dropped me at the North car park (Google Earth ref; 47 39 53N 122 24 39W ). I took a short stroll along the road opposite, marked Bernie Whitebear. A couple of other roads led to a dead-end in a small residential area.on the northern headland. I hoped to catch a few late refrains from a Barred Owl perhaps that is said to be resident in the park. The first sounds came from a Song Sparrow with what sounded like a Bald eagle in the distance. I was unsure about the eagle, do they start calling before it gets light? 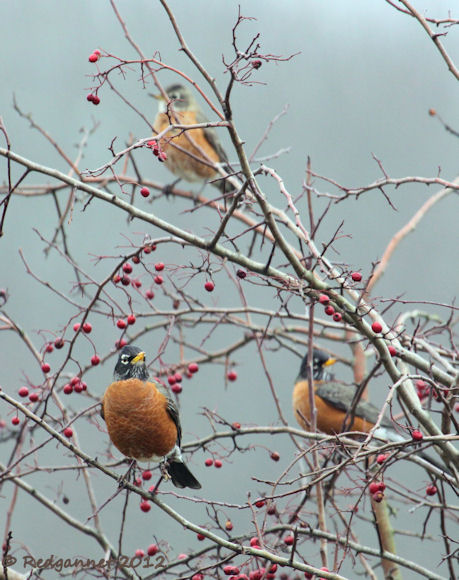 The road brought me round to the Daybreak Star Indian Cultural Center where the first visual identification of a bird put American Robin at the top of my list. The light was just peeking through as the eagle flew over my head and out across Shilsole Bay to meet its mate on a buoy out on the water.The viewpoint here gives a great view out across the bay, or would do if the visibility was good. Sealions that sounded exactly like the ones from San Francisco's Fisherman's Wharf were playing near the shoreline. As Steller's Sealion seldom barks, I came to the conclusion that these were Californian Sealions. 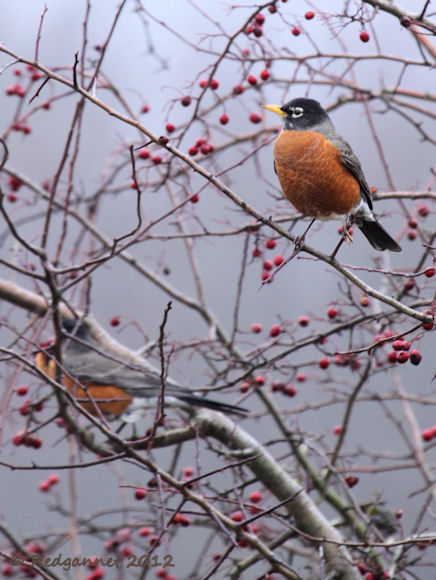 A road leads south from the Cultural center climbing the slope toards the meadow. Animals have worn trails into the forest along the road and walking paths cros it. At last, I ran into a small party of birds consisting of American Robins, Varied Thrush, Spotted Towhee, Golden Crowned Kinglet and Brown Creeper. A small flock of Pine Siskins were feeding, silhouetted in the top of an Alder. 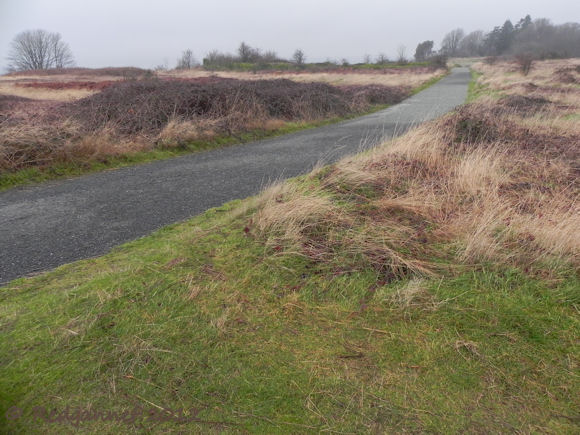 The Loop Trail crosses a quiet road that drops down to the lighthouse at West Point. I hadn't seen much from the viewpoint, so there didn't seem much point in trekking all the way down the hill and back up again. View points in the meadow looking out over Puget Sound were also disappointing. Cliffs here afford a good vantage point to view the water and J Pod, the resident Orca family had been playing with the ferries the previous day. No sign now though, sadly. A group of Birders from the Seattle Audobon Society were conducting a monthly point count. I had hoped that they might have had more luck than me, but they bemoaned that fact that it was a quiet morning. They were very helpful and pleasant, but confirmed what I probably already knew that my chances of seeing a Snowy Owl were marginal. One had been sighted closeby before Christmas, but had not been seen again since. Ah well, I have another chance in New York next week.

Lee Barnes was also able smooth my furrowed brow concerning the Northwest/American Crow conundrum and most people take American Crow in Discovery Park. He told me later that he found a few Snowy Owls at Damon Point, Ocean Shores and I am hoping that he will send me a picture for an otherwise disappointingly illustrated post.
A bird list for Discovery Park can be found at this link. It is rather more impressive than my paltry collection below.

The bus no 33 to Discovery Park leaves from 3rd St and Union, it stops at the North Parking Lot (Google Earth ref;  47°39'52.54"N 122°24'39.46"W) close to the Daybreak Indian Cultural Centre. No 24 also leaves from the same stop, but turns off just before the park entrance. At weekends, they run once an hour. During the week the service is more frequent, but less regular. You can pick up a timetable on the bus or look up route 33 at www.kingcounty.gov/tripplanner

Visit the dedicated USA and Canada page for more from the North American continent.
Posted by Redgannet at 00:03