A Bittern had been reported at Leybourne Lakes which is within very easy reach of my home, so I made a couple of attempts to locate it. The bird had been showing during Christmas Week and into the New Year and I hoped that I wasn't too late to find it in what sounded like a reasonably good location.
A small parking area is available just outside the gate of the Water Treatment Plant in Snodland (Google Earth ref; 51 19 09N 00 26 42E). 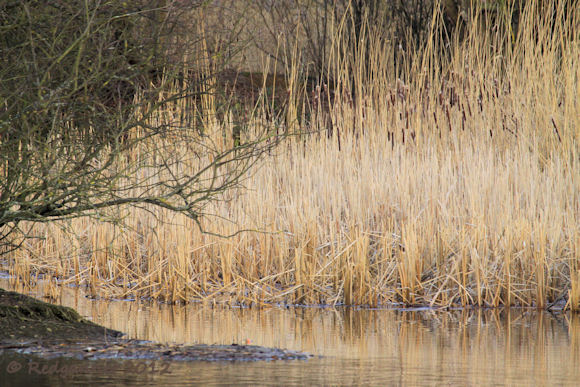 The Bittern had been seen in a small patch of phragmites reeds and bullrushes on Streamside Lake and I took up position on the opposite bank which would have given me a good view if the bird had shown. I had only popped in quickly as the sun was setting, but returned early the next morning for another look. A European Robin came to keep me company. 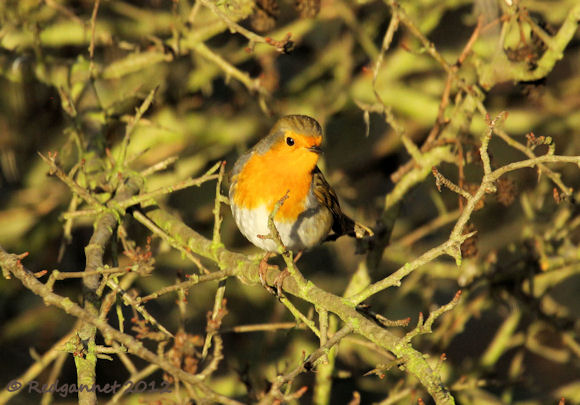 After staking out the Bittern for a while and hearing that another bird had been seen on Brooklands Lake, I took a stroll to see what else I could find. The chances of there being 2 Bitterns were not astronomical, but the likelyhood was that the bird had moved. Access had been made to reach the bank by the reeds and perhaps some over zealous spotters had flushed the bird. 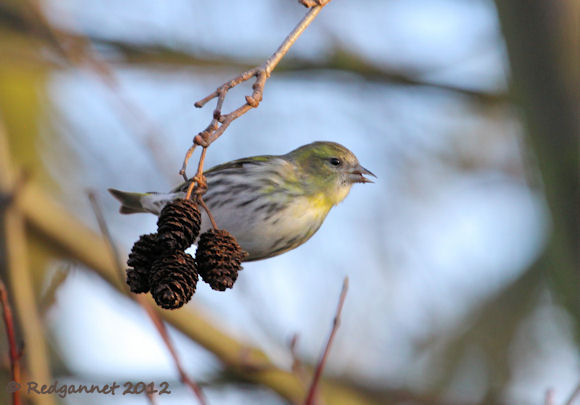 Eurasian Siskins were feeding in the alders along the track leading to the railway line. Goldfinches wouldn't stay still long enough for me to get a long-dreamed of picture of them on a teasel head. A short way along, a path heads left between Streamside Lake and the adjacent lake. A Water Rail flushed from the margins. 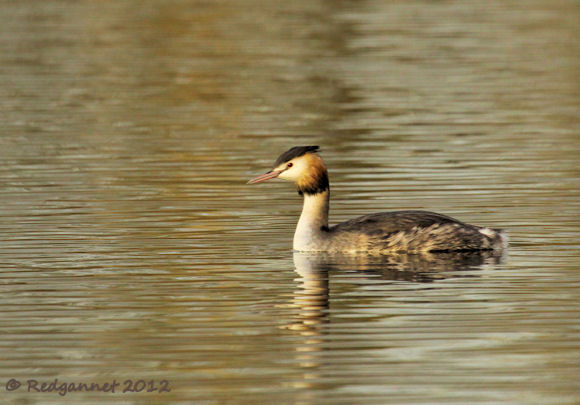 Great Crested Grebes were indulging in their courtship dance. Each dove beneath the water and re-surfaced with a small piece of weed. Then, with their necks low to the water, they swam towards each other and raised themselves from the water in the 'penguin dance'.
My camera was not powerful enough to capture the moment; it really is time that I  began to think seriously about this digiscoping lark. 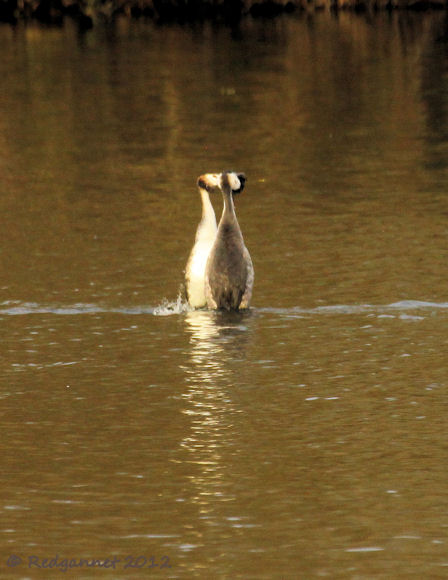 I returned for another stint across from the reed bed. Watching for the Bittern was not an arduous task while Tufted Ducks bobbed on the water and a Common Kingfisher darted back and forth. I was scoping the fringes and stood up for a moment only to see a browny, cinammon coloured pair of wings fold back into the rushes. It was as if the Bittern had just flown back in, but I am sure that I would have seen it coming up the lake, perhaps it was just having a stretch. I quickly found it in my binoculars and had a quick view of its head and neck before it melted back into the reeds.
Rushing around the bank to get a different angle didn't help. A small island with a thorn tree had obscured my view so I changed position, but could not relocate the bird.

Visit the dedicated UK page for more posts from the UK