Where did all these Wagtails come from?

Last week, I found myself popping into London Heathrow’s Terminal 5. It was just around dusk and as I came to leave again, I noticed a few White Wagtails dropping down to roost in the trees just outside. When I stepped through the door it became obvious that it was more than just a few. The trees were already full of birds with still more coming in. Altogether, I would estimate that there were about 3,000. What drew them here and did they not know that the trees had been bird-proofed? 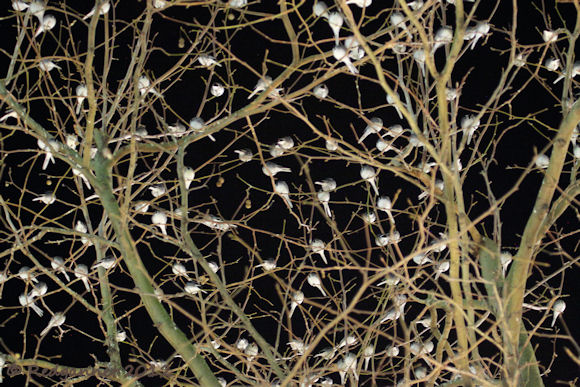 Bird-proofed? I hear you scoff. Yes indeed. The development of the new terminal had faced a lot of resistance from pressure groups and planners had decided that such a large expanse of glass would be vulnerable to dirty protests from the avian community. I wish I could tell you how the bird-proofing was accomplished because if there is a way to make trees less attractive to birds, then there should, conversely, be a way to make them more attractive. Actually, a quick look in Google suggested many ways to deter birds and the most likely solution was a liquid spray that leaves an unpleasant, sticky residue on the branches of the treated tree. The birds feel uncomfortable roosting in the goo and move on. 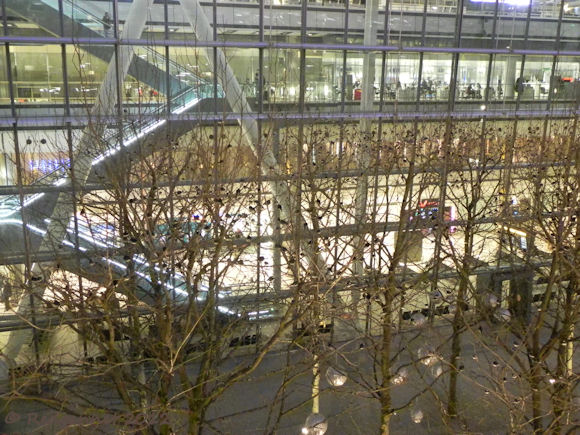 I suspect that the trees have grown since their treatment and the new, uppermost branches are free from unpleasant stickiness. I have only just noticed the flock here and am concerned that someone may be missing a flock from their town centre and will be fretting about their disappearance. Does anyone know how long they have been there? Has anyone misplaced a large flock of wagtails?

Update;
I have been in contact with the peole who know about these things and it has been confirmed that the trees are indeed bird-proof. Not as I surmised to repel the birds with icky stickyness, but rather the 'goblet shape' of the tree, with upward pointing branches makes constuction of nests difficult. So perching and roosting birds are to be expected, but nesting is thought to be unlikely.


Wagtails are known to gather in large numbers, especially during the colder months, but this is the largest roosting flock that I have ever seen. Perhaps a primal, collective memory drew them here as Terminal 5 was built on the site of the old Perry Oaks Water Treatment Plant. This spot had always been popular with wagtails but was filled in before the end of the last century in preparation for the symphony in glass and steel that is Terminal 5. 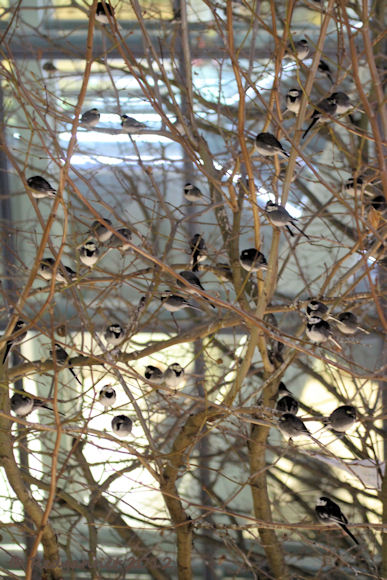 In the UK we host the Pied Wagtail form of White Wagtail and they often have to compete with other communal roosters such as Starlings or Pigeons for the best roosting spots. As the weather has suddenly turned cold, the bird’s choice of roosting spot could prove to be vital. Wagtails have shown a marked preference for sheltered spots such as railway stations and even an internal courtyard at the Princess Royal Hospital at Haywards Heath. The trees in front of Terminal 5 are sheltered in all directions and may offer protection from the wind and probably some warmth radiating from the building itself. 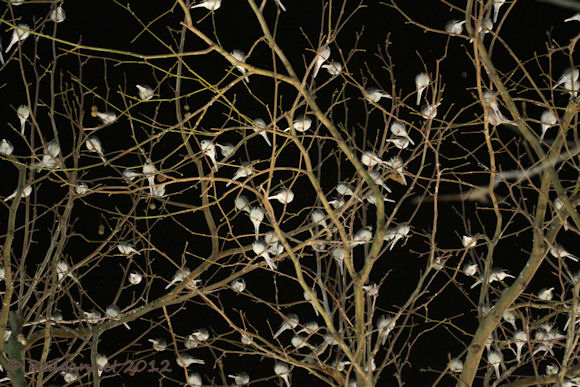 Cost-cutting to drive profit is still very popular among the airlines. Here’s hoping that one of the incentives to save money will be to hold back on bird-proofing until the weather starts to warm up again. In the mean-time keep a look out, between dusk and dawn, in the trees at the south-eastern part of the terminal. Drop down into the carpark, level 3 for the best view.