A Bittern is posing in the reeds about 70 meters away. It is standing completely still with a touch of weak winter sun warming it from the south east. On a crisp January morning such a sight is bound to gladden the heart and quicken the pulse of a newcomer to the art that is digiscoping. 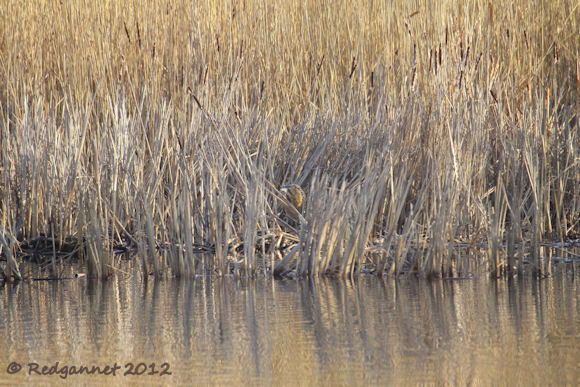 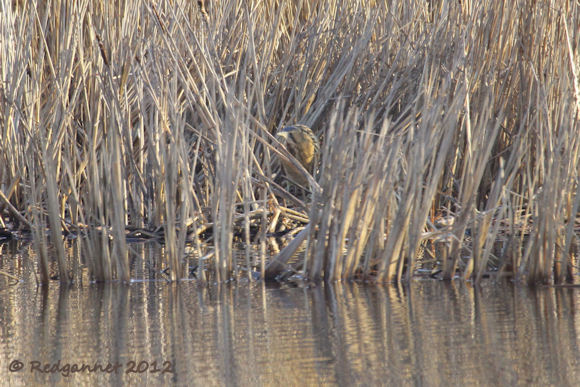 Taken at 400mm for comparison.
“Canon fodder!” I hear some wag cry. Well, you would have thought so wouldn’t you? I struggled again to get a good focus and though I had plenty of time with the bird completely still and in plain view, I just could not seem to get it crisp. 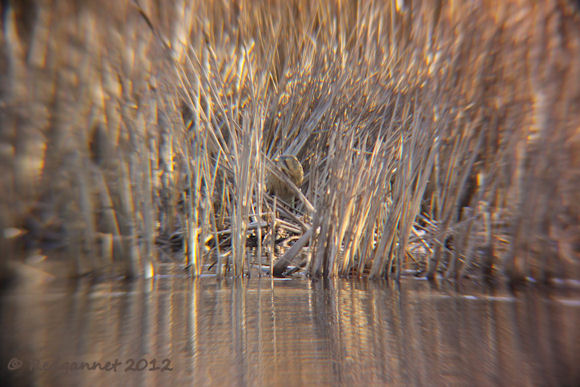 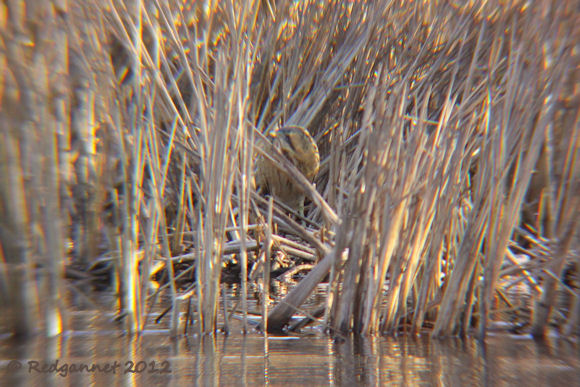 Digiscoped at 16x magnification.
I was using live view on the Canon 50D which allows me to zoom in to 10x magnification to check the focus. The scope sports a 16x eyepiece so between them I had an image on the screen of 160x with which to judge the focus. A fine adjustment knob on the scope crisped up the reeds in front of and behind the Bittern, but sadly not the bird itself. 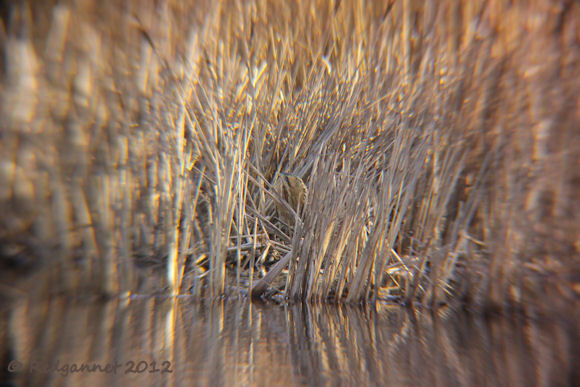 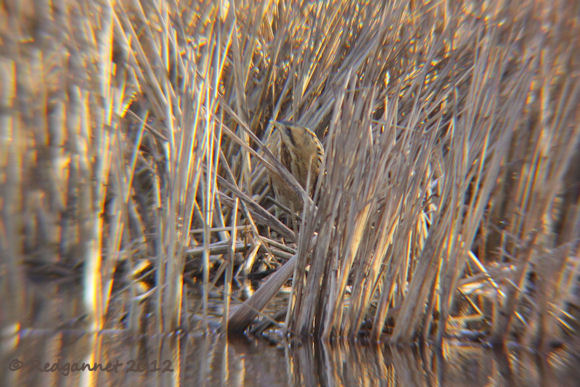 Am I expecting too much? Surely this situation is exactly what digiscoping is for. Any tips will be very gratefully received and I shall persevere to get it right when I get another chance. 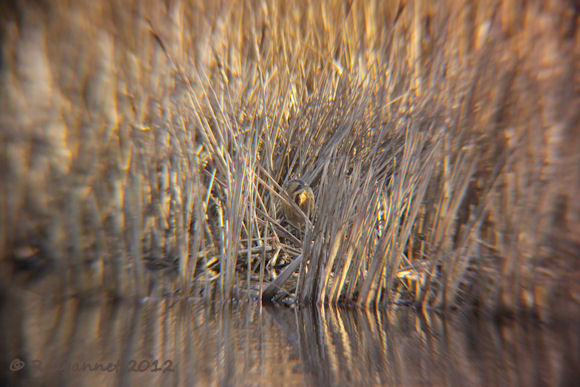 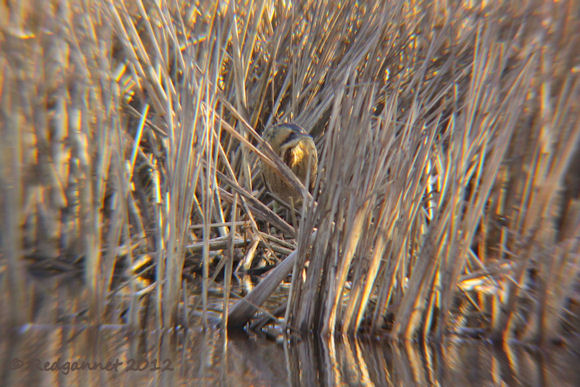 All the photos have been posted in their original state, then cropped to the same degree for comparison. 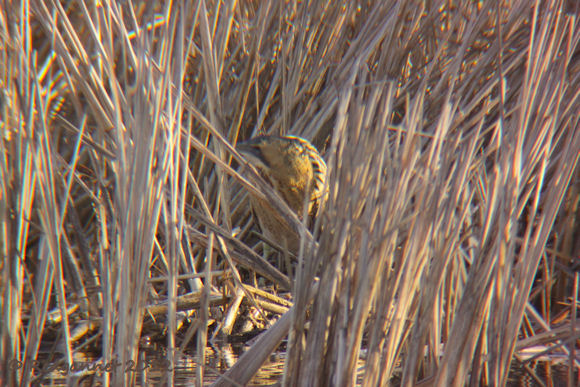 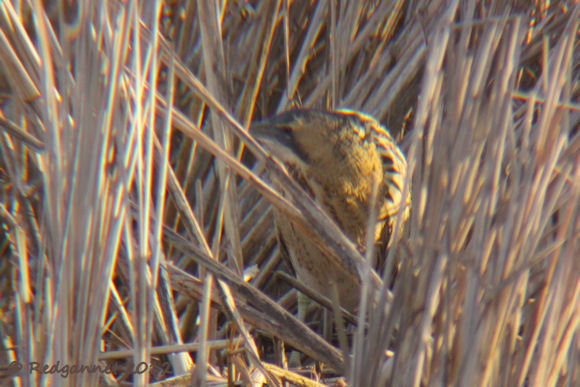 Then I started mucking about and tried to zoom the scope in as far as I could. This one was at about 36x magnification.
Eventually, after trial, error, more error and some more trialling, but mostly error and a lot of photoshopping, I got this one. This is closer to what I was hoping for, but there is still some way to go and I have been hit by the realisation that there is more to this digiscoping lark than just poking a camera down a scope. 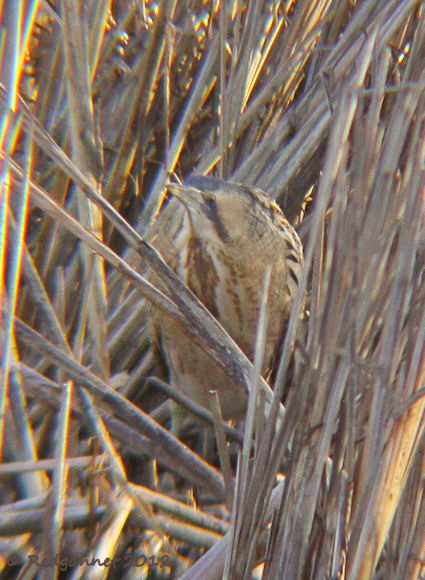 To those who contest that that digiscoping is not an artform, try it for yourself. If it works for you, please come back and tell me how you did it!
Posted by Redgannet at 13:58