Parque Tres de Febrero, known variously as the Palermo Woods or Plaza Holanda, is a city park in Buenos Aires with a large lake. I had dipped on some coots and grebes earlier in the day and hoped to rectify that with a visit to some open fresh water. 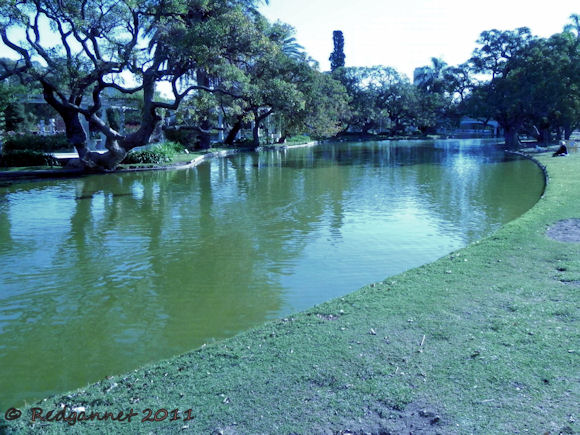 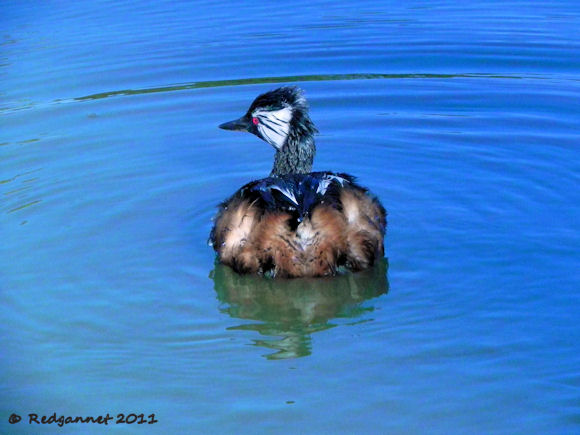 Immediate success was had with a White-tufted Grebe and the promise of coots further along. Although I had not experienced any problems and had so far remained unmolested, the damage had been done by various strong warnings about personal security and I did not have the confidence to bring the big camera to the park. Others did though and there were plenty of people taking pictures.
I decided on a circuit of the lake and set off towards the coots. The first was a White-winged Coot. Although the white tips to the secondaries are not always apparent, the bird can be separated from the other coots by a plain yellow frontal shield and bill. 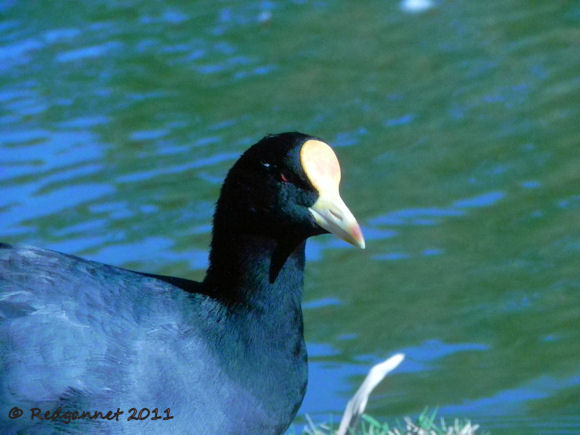 A slightly larger coot had a dark red marking between the shield and bill indicating that this was a Red-gartered Coot. It also has a red "garter" at the top of its tibia, but this is not a good field mark when it is on the water. It was more aggressive and appeared to cooperate with others of its kind to bully the white-wings away from free food thrown by park visitors. 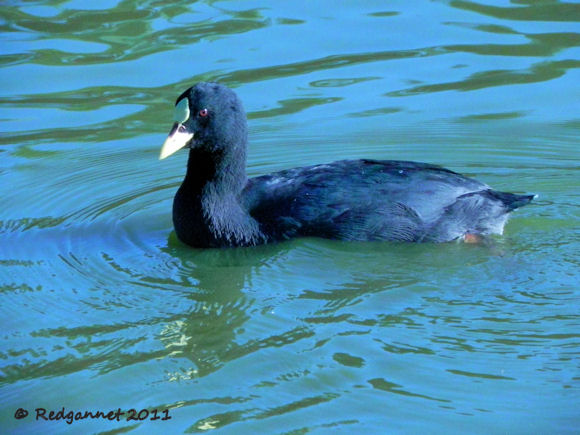 The gimme birds, Chalk-browed Mockingbird, Rufous-bellied Thrush, Rufous Hornero and Picazuro Pigeons were all present in good numbers. Monk Parakeets were joined by Nanday Parakeet to keep up a constant grating noise.
A bridge spans a narrow point in the lake and leads into a formal rose garden. Lawns and trees beyond here held Shiny Cowbirds, Eared Doves and a male and female Hepatic Tanager. 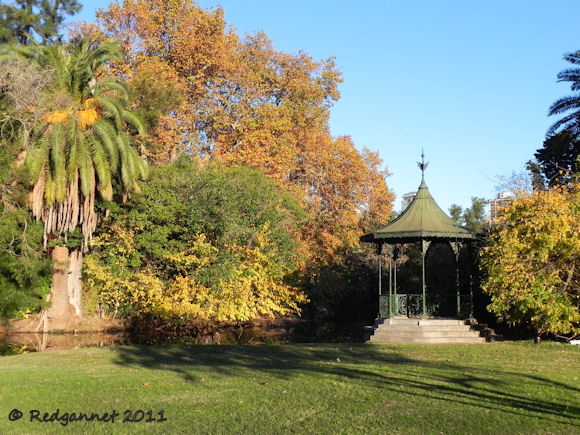 From here I crossed the road towards the Japanese Gardens. There is a less formal area outside the enclosed gardens and there were a couple of vagrants in makeshift shelters in the trees and by the pond. They did not approach me and left me to watch a Limpkin as it fed at the edge of the water. 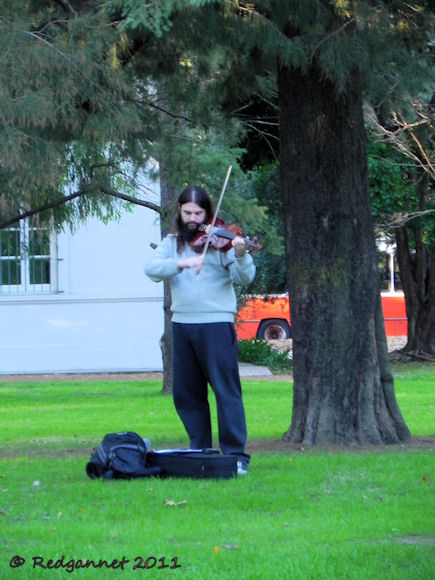 The park struck me as quite a bohemian area. A nearby university provided a good supply of students sitting out, artists, musicians and even dancers. Perhaps the big camera would have been provocative, but I hope that bold capitalised warnings won’t stop visitors to Buenos Aires from enjoying the city with the normal precautions that they would take in any big city. 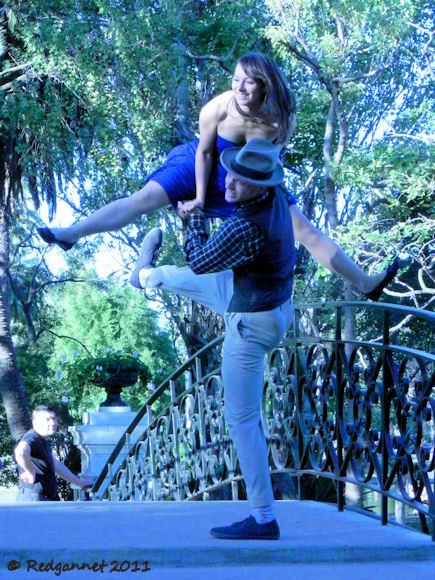 Visit the dedicated Central and South America Page for more posts from the region.