Two old friends, Mr Sberg and Mr Ken, insisted that I join them in the bar last night. Between them, Carl and Heine saw to it that I had a thick head for my visit to Mai Po this morning. I was looking forward to finding a dark, quiet hide with no birds to look at so that I could go to sleep. 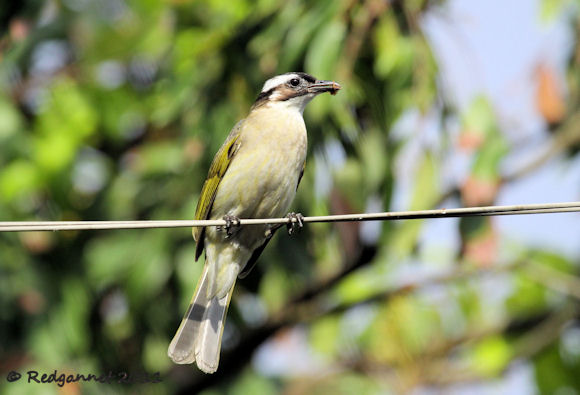 First, I had to walk the mile or so from the bus stop to the reserve and wait for the office to open and issue my pre-booked permit. The office usually opens at 09.00, but members of staff are often early and the doors opened at 08.20 today. By this time, if Sweet Baby Jesus had wanted me for a sunbeam, I would gladly have taken his hand. 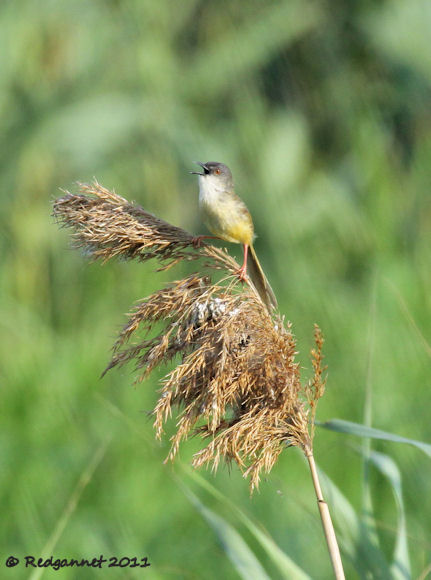 I had registered birds on the approach road, but had not paid them much attention, saving any coherent thought to wonder why I had stayed up so late and drunk so much. For the record, there were some Chinese Pond Herons, Eurasian Swallows and Yellow-bellied Prinias. While I waited for the office staff to arrive, Azure-winged Magpies enjoyed the cake that someone had thrown out for them. 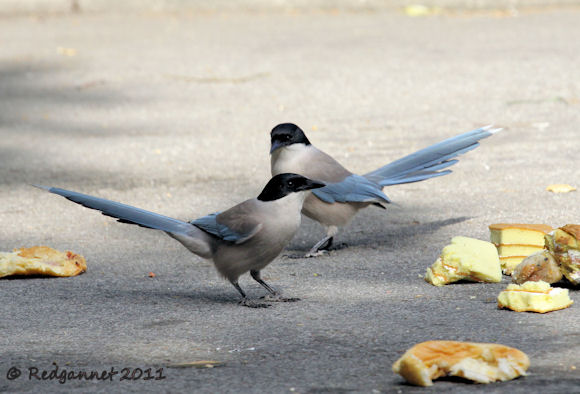 Once I had my permit, I made a concerted effort to pick myself up. Mai Po in May is a staging post for huge numbers of wading birds as they pass through on their way north and I didn’t want to lose this spectacle to a hangover. Almost exactly a year ago, the reserve was overflowing with herons, sandpipers and plovers and the fish ponds along approach road had been very productive. For this visit, numbers were reduced, but the tide was at its lowest point about mid-morning, so I was hoping that most of the birds were out on the vast mudflats of Deep Bay. 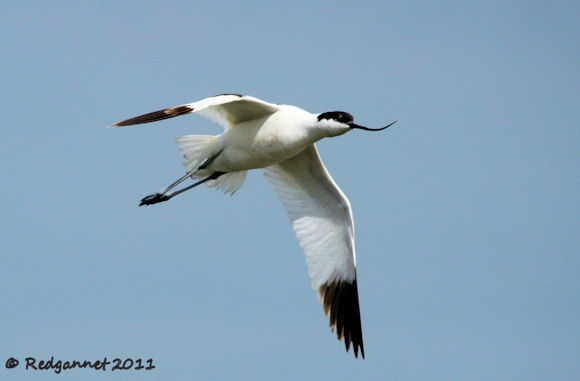 The first two hides were very quiet and I was tempted to stop and have a nap, but pressed on to the hides at gei-wai 16/17. Gei-wais are man-made fish or shrimp ponds that are flooded and managed with sluice gates that either allow or block water flow (but you knew that). Most have regular islands which have become thickly covered in mangrove bushes. At gei-wai 16/17, scrapes, sand bars and spits are available to give the waders good roosting spots and birders get clear sight lines into the bargain. 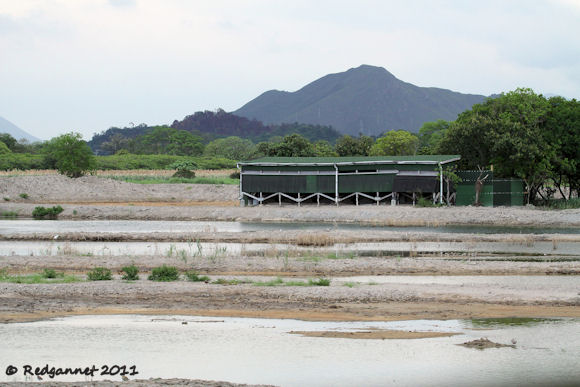 There were a few birds already roosting or feeding in the shallow water. Pied Avocets and Black-winged Stilts were obvious, even with my blurred and beery vision. There had been reports of a Swinhoe’s (Chinese) Egret, so I checked all the white herons quickly, but I suspect that gei-wai 16/17 is fresh water and the egret in question prefers salt water edges.
The smaller, darker waders needed the scope for a decent look. Good numbers of Red-necked Stint were present with Curlew Sandpipers easily found. Little Ringed Plovers, Sharp-tailed and Broad-billed Sandpipers were much fewer in number, though still well represented.


Despite the heat, the brightness and a thumping headache, I was quite enjoying myself, winkling out new species here and there and consulting the field guide for subtle differences of plumage between a Greater or Lesser Sandplover, for example. As the morning wore on, more birds came in to roost and I managed to tick off 26 different wader species. Notably, the short-legged came first, followed by species with longer and longer legs that could stay out on the flats as the tide covered the mud. Common Greenshank, Black-tailed Godwit and Eurasian Curlews signalled that the tide was getting higher. Oriental Pratincole showed in small numbers and came in to roost on the sand bars in the gei-wai. An Indian Cuckoo was calling persistently, but I could not see it as I made my way round to hide number five which looks out on to the same birds but from another vantage point. The alternative perspective allowed me to look back towards hide 3 and to scope a Greater Painted Snipe pair. This was the first time that I had managed to see the more impressive female. It was a very distant view, but that was a feature of the day. A flock of Spotted Sandpipers took flight on silvery wings. 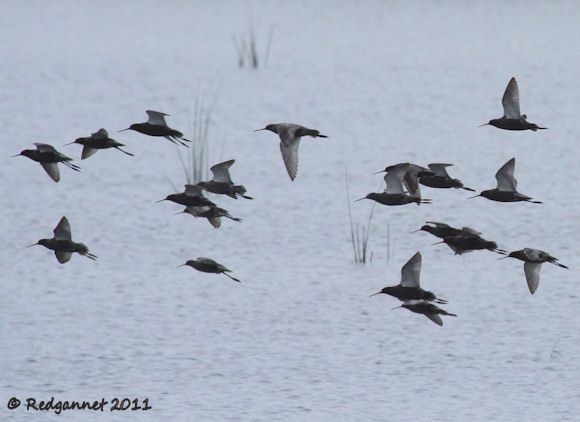 Larger groups of birds were arriving now, so I began the hot, sticky trudge out through the mangroves to the hide overlooking Deep Bay. The mud was covered but the tide was turning. The hide is sited on a floating platform and the gentle rocking lulled me to sleep for a while. I awoke to birds passing overhead as they made sorties to see if the wet mud was showing yet. 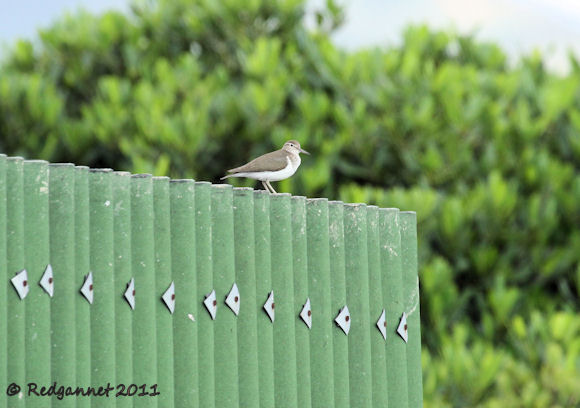 A Common Sandpiper waited patiently on the screen as the tide withdrew. The advance parties were growing larger, but many stopped short by the old hide or passed over, heading for China ‘crost the bay. A few Red-necked Stint and Curlew Sandpiper alighted by the new hide, but it was not the spectacle that I would have sold my sobriety for. 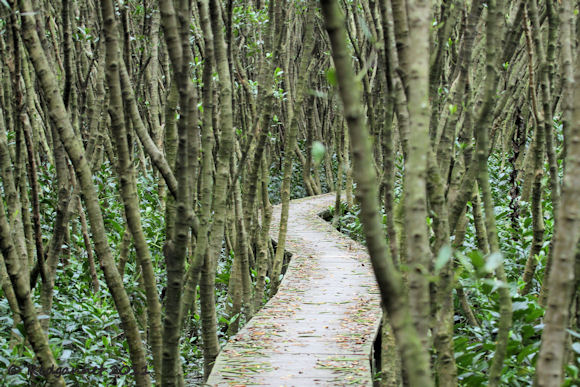 I began the long walk back and passed through the gate at 17.00, just in time to reclaim my deposit. By now, I was feeling truly exhausted and could hardly bring myself to stop when I saw the now familiar Hong Kong chapter of the Bucket Lens Club. I keep bumping into these guys, purely by accident, but they usually have something worthwhile to see. Today, they were watching young Eurasian Swallows being fed by their tirelessly attentive parents. One hungry fledgling was getting the lions share by flapping out to meet the approaching adult while the others begged helplessly from the branch. Another wore the expression of extreme disapointment if he didn't get fed. 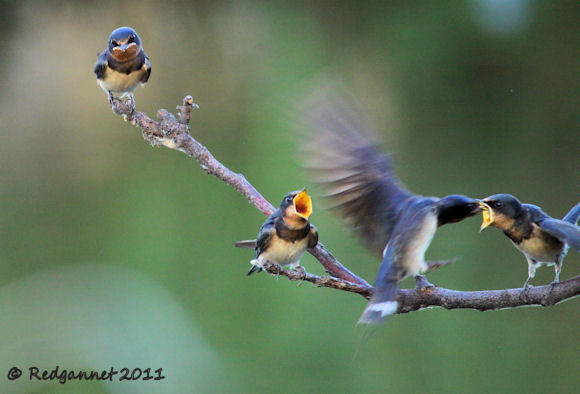 For previous, more sober, posts about Mai Po, directions there and  for other trip reports for Hong Kong, consult the dedicated Asia Page which also includes Bangkok and Singapore.