Having already been to Washinton DC as part of this itinerary, I became a little confused and told my wife that I was going to Mount Vernon. Angry and betrayed, she demanded to know "who's Vernon?"

The day was led by a misconception at Mount Auburn Cemetery in Boston. I found a couple of Blue-winged Warblers singing in a flowering pear tree at the junction of Halcyon Ave and Fountain Ave. The other birders in the cemetery were very excited to see them and a constant procession passed the tree asking about them. My plan was to stop with them until the sun came out, which it threatened to do on a couple of occasions, so while I waited, I appointed myself Chief Blue-winged Warbler pointer outer. 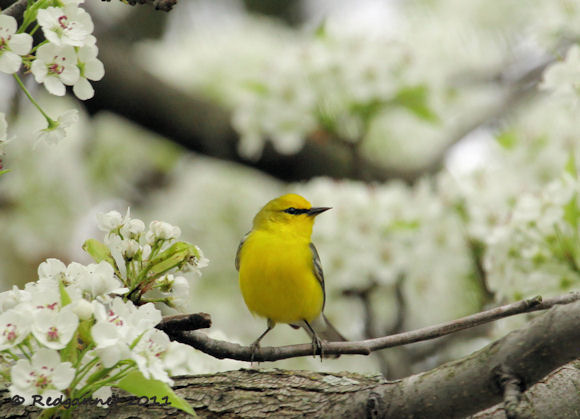 The people who came to see them were invariably thrilled and or delighted, with many commenting that they had not seen them for a few years, or indeed like me, ever. So I was left with the impression that they were scarce and sought after, leading me to put up a twitchy type post to draw attention to them. Corey put me on to a website called e-bird which is a wonderful tool for judging the status of a bird in any given location and it would appear that Blue-winged Warblers, though not noted every day, are not as uncommon as I had thought. What is a day worth if you learn nothing? Even realising a mistake is a step forward. I had seen something in Virginia a couple of days before that could have been a Blue-winged Warbler and as I watched these undeniable ones in the pear tree, I realised that it must have been. I had not seen the bird well enough at Great Falls Park, but now that I was getting well acquainted with them, I was happy to take it retrospectively. But how come I have been warbler watching for 15 years and not seen one? 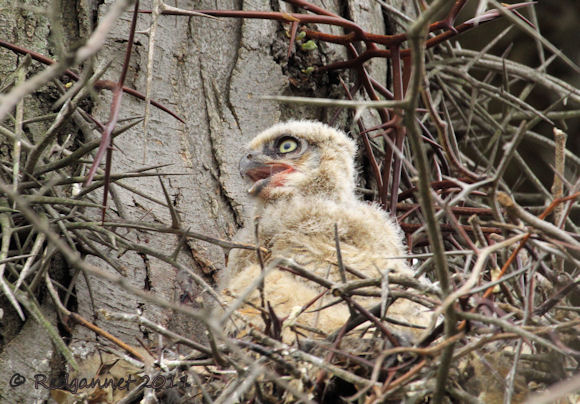 Mount Auburn Cemetery has more to offer than just Blue-winged Warblers. The first birds seen this morning were a pair of Red-tailed Hawks which have a nest close to Auburn Lake, but my next stop was to be at the Great Horned Owls’ nest. Two owlets are growing fast in the nest, 5 metres up a Locust tree off Hawthorn Path. One of the adults was able to keep an eye on them from the shade of a nearby Spruce tree. I have taken it on trust that this is the male. 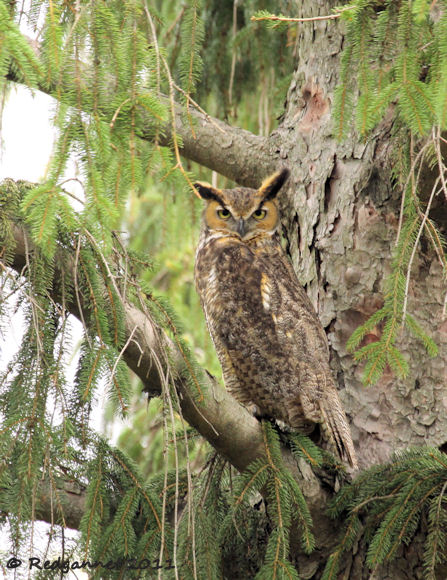 I had left the warblers as the sun was showing no further signs of coming out, but, cussed ball of gas that it is, as soon as I turned my back, it found a patch of clear sky. Hoping that it might last, I headed back to the warblers, passing an Eastern Chipmunk pining on its master’s grave. 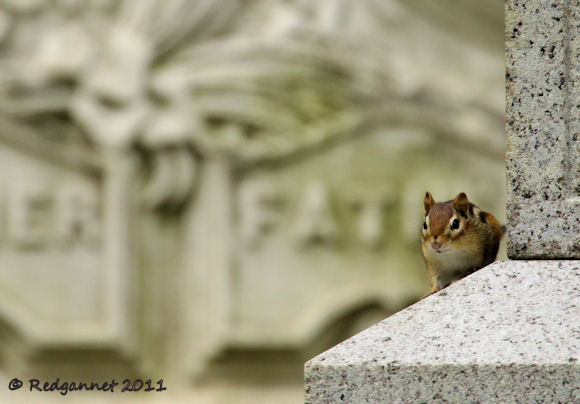 By the time I got back, the light had gone again. These little warblers are so entrancing, it would have been wonderful to catch them in the blossom in good light.

Other warblers visiting the pear tree and the surrounding area included Yellow, Yellow-rumped and an accommodating Black and White Warbler. 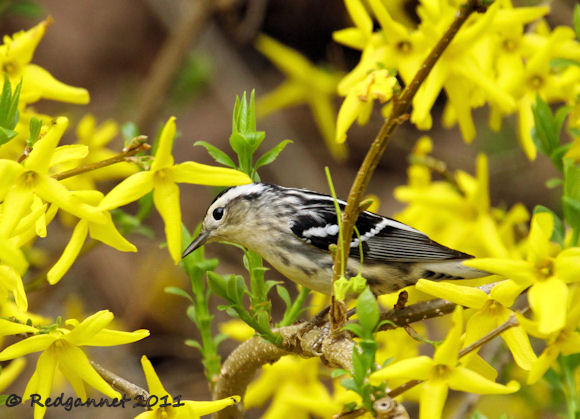 I had covered very little ground today as most of the time was spent waiting for some good light, but a number of birds passed by while I was there. A Scarlet Tanager stopped in the top of a thinly leafed tree, a Gray Catbird peeped out from behind a low-growing evergreen bush and a Baltimore Oriole flashed through. Blue Jays are very common and one sat beautifully in a gap in a flowering Forsythia. 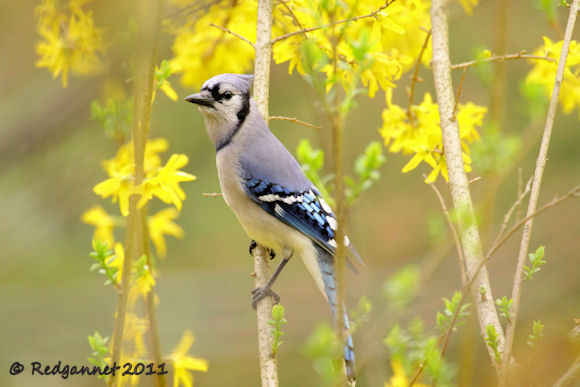 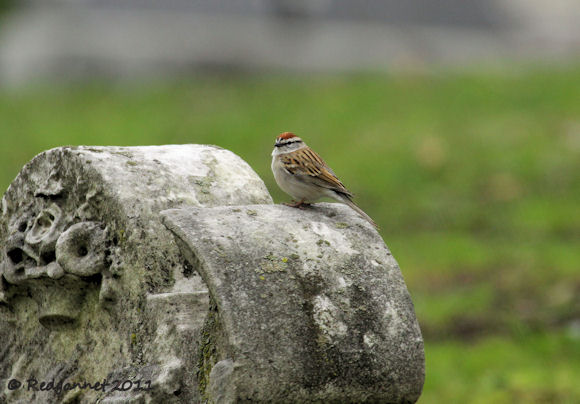 Mount Auburn is 580 beautiful acres of mature trees, lawns and lakes, but primarily it is a functioning cemetery, so discretion and respect should be a priority.
There is a Boston Metro station on the Red Line called Harvard Square. From here, bus numbers 71 and 73 take less than 10 minutes to reach the cemetery gates on Mount Auburn St. (Google Earth ref; 42 22 30.83N 71 8 40.91W). The buses run approximately twice within 30 minutes.


The cemetery gates officially open around 08.00, but an early visitor will often find them open much earlier. Just inside the gate to the right is a small building that holds information about the cemetery and there is a board there that details recent interesting sightings.