Don’t be suckered into thinking that summer is here just because the weather has been so good over the past few weeks. 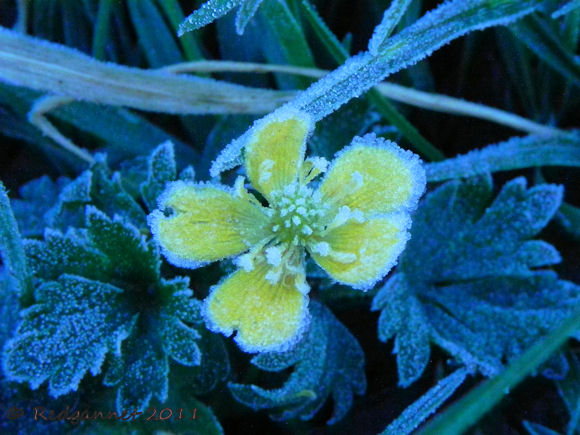 Those expensive, tender plants that the garden centres so happily sell over the bank holiday weekend are still vulnerable to cold nights and although the Swifts have returned, there was a frost on the ground in Mote Park this morning. 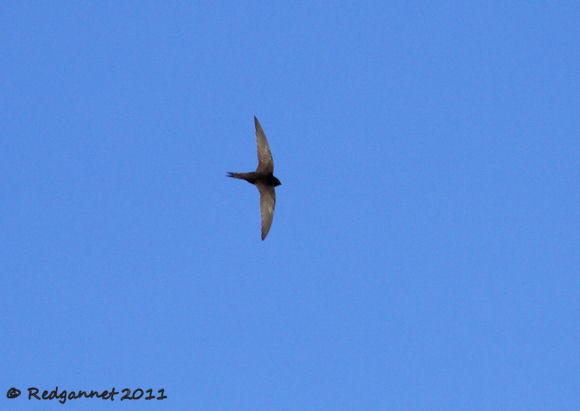 Yes, the swifts are back. After their long journey up from Africa, they were feeding hungrily over the inlet on the southern side of the lake. I guess they will replenish their reserves before they start the screeching chases that are so much a part of the birdwatcher’s summer. 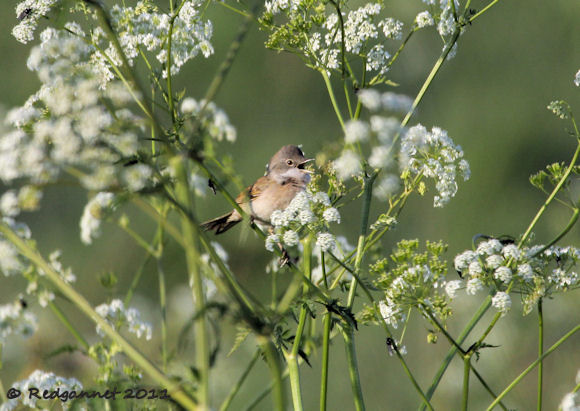 I had come to watch the warblers this morning. Whitethroats were seen in abundance and they were singing on their chosen patches of scrub and rough meadow. They flew between vantage points in their territories with a jerky flight, flicking their long tails as they went. This was more as a patrol and to keep an eye on me, the intruder, rather than as a display I suspect. The Whitethroat display flight is an exaggerated, fluttering, stepped descent from about 10m. The crown is raised and the tail spread. All the while, the scratchy song is repeated in short bursts. 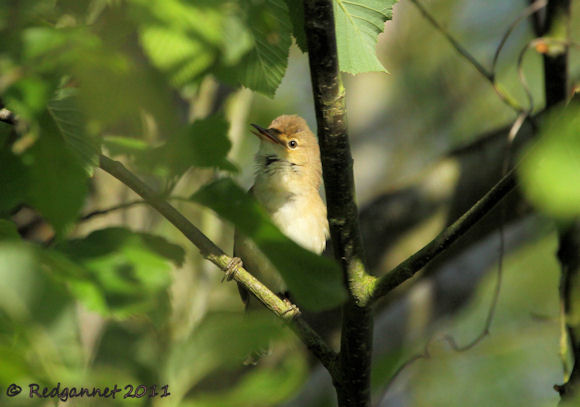 By the water, a small patch of reeds held my first Reed Warbler of the year. It was singing its jumbled song, but staying down out of sight. Occasionally, it would fly up into the lake-side bushes to make sure that I wasn’t up to any mischief, but then straight back into the reeds to continue singing. There were plenty of them around, with every stretch of bank claimed by a singing bird. 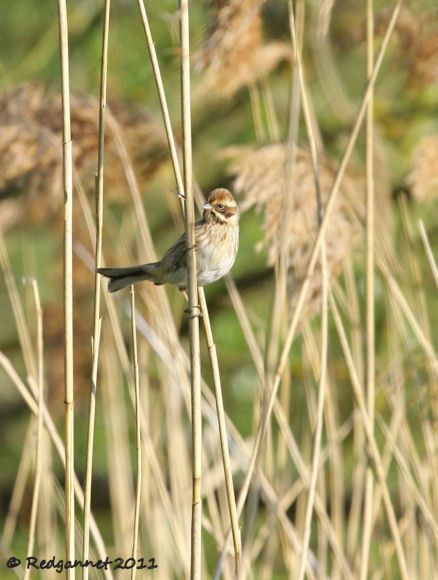 Reed Buntings were also laying claim to a potential nesting site. They were in the scrub on the bank rather than in the reeds, but the female proved bolder than the male by dropping down to make sure that I didn’t constitute a threat. The wanting hero remained higher in the bush.
Blackcaps were singing lustily this morning despite the cold start. The park has really greened up now and the Hawthorn is in full flower. This meant that the Blackcaps were able to withdraw into the heart of the bush at my approach and not be seen. 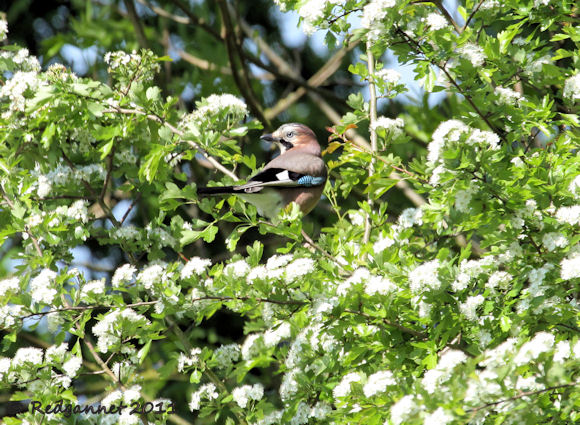 Eurasian Jay
Although I heard plenty of Blackcaps, only 2 were seen. The same goes for the Wrens. Their rich, strident call emanated from every patch of growth, but such is the exuberance of spring that they were mostly able to remain concealed. As the summer progresses, I become more and more envious of those with a competent ear who can hear through the foliage. 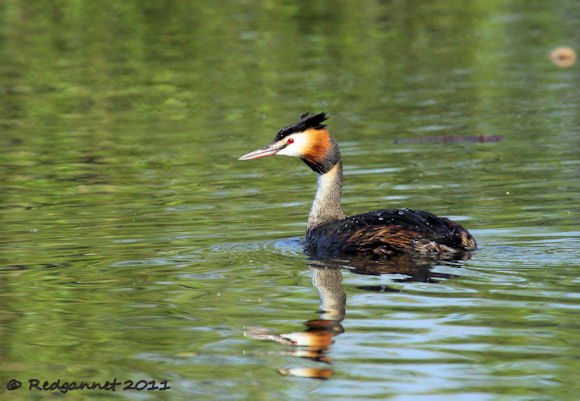 I am sad to say that the Great Crested Grebes’ nest that I saw on my last visit has come to nothing. One of the birds was feeding in the current that flows beneath the causeway bridge. I waited, hoping that it would come closer. Is it just me or does this picture remind anyone else of a wet Keira Knightly? 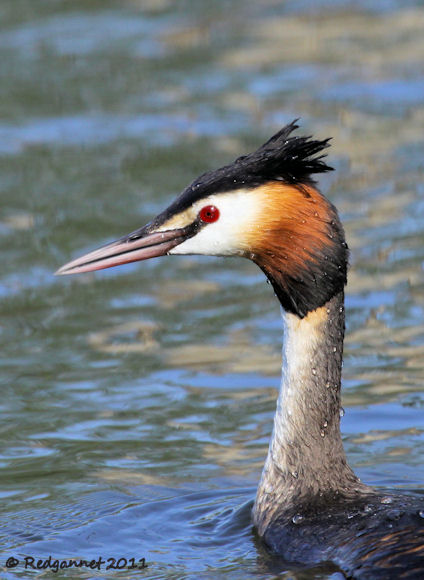 I will leave you with that thought and wander back up stream along the River Len. A movement behind me caught my eye as I crossed the river. A Green Woodpecker flew onto the Alder tree, right beside the potential nesting hole described last month. The bird darted around the trunk and I withdrew to a comfy spot beyond the bridge to see if it would come around the front to the hole. It didn’t, but I have not ruled out a nest yet. Simon was in the park as usual and had been seeing a lot of butterflies today.
As a parting shot a pair of Grey Wagtails showed well on the Len, right by the gate that leads out to the lay-by at the lowest part of Willington Street. 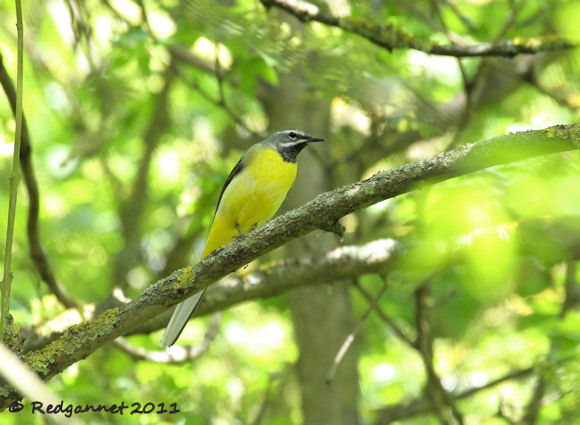