The Parque Ecologico de Xochimilco (shoh-chee-mil-ko) sometimes abbreviated to PEX, is a reserve created from a swampy area in 1989. 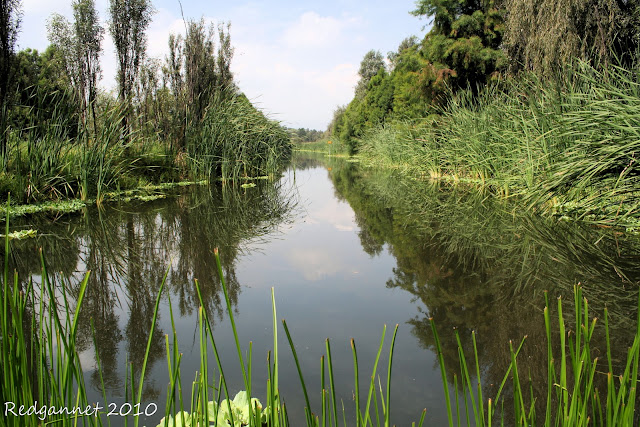 I was not able to give it a fair go today as I arrived late after making a pilgrimage on behalf of my wife and then had to leave early to avoid a thunder storm.
It is made up of lakes and meadows which have been landscaped and manicured close to the visitor centre to appeal to leisure visitors, but it has been left to grow wild further out, much to the delight of the wildlife. 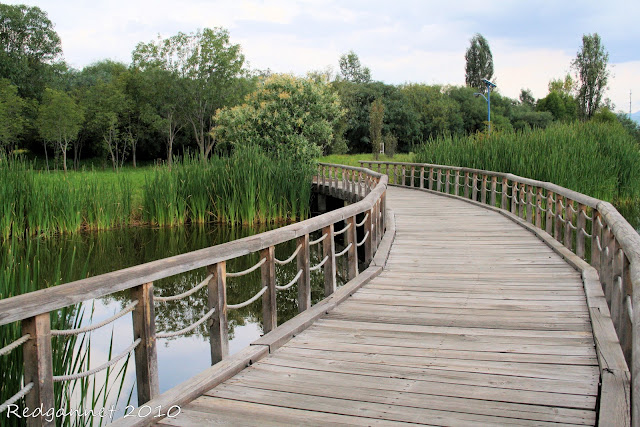 I rode the Metro to Tasquena and thence, caught the Tren Ligero (Light Train) to La Noria. This was to visit the world’s largest collection of artworks by Diego Rivera and Frieda Kahlo (which are currently out on tour. Check before you arrive) at Museo Dolores Olmedo Patina. Ostensibly, this was a fact finding mission for my wife, but I mention it here because the gardens held Berylline Hummingbird, Broad-billed Hummingbird, Inca Dove, Great-tailed Grackle and House Finch as well as peacocks on the lawn. From here it is but a few moments taxi ride to PEX which is located on the south of Anillo Periferico (Google Earth 19* 17’ 48”N, 99* 05’ 40” W).

At the gate I was told that the site opens at 07.00, but other web sites say 09.00 or even 10.00. There is an entrance charge of $P 20 (£1.00 / US$1.50).
The information Centre is straight ahead across a flower garden and the large Lago Huetzalin is to the right. The lake is choked with water hyacinth at the moment and workers were in the water up to their chests, hauling out the weed. 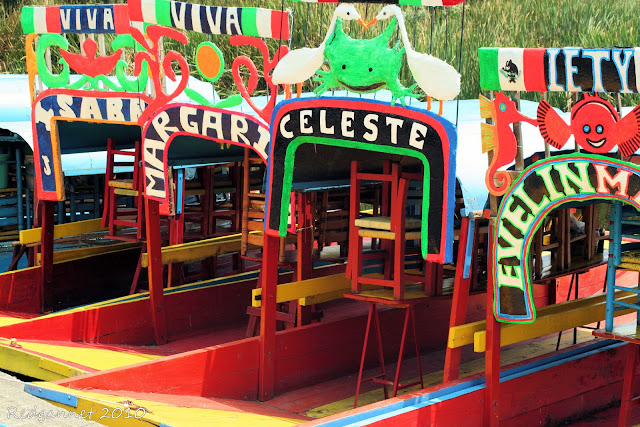 Boat rides on the gaily painted trajinera (punt-barges) would ply the lake given a navigable course, but it looks as though business is bad at the moment. In the distance at the far (south) end of the lake, I could see plenty of Great Egrets and Black-crowned Night Herons which would enhance a boat trip and a rail got the better of me as it ducked into the dense covering of hyacinth. 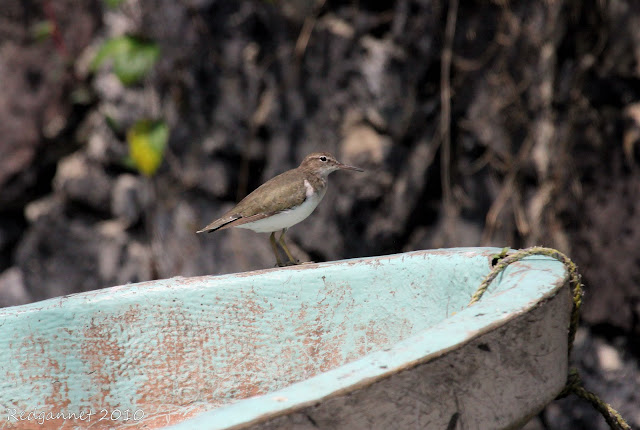 A Spotted Sandpiper rode the prow of a moored rowing boat and I was just able to get in a shot before the security guard approached and invited me to join him at the photography permit application suite (see Mexican Gripes above). The permit was required to be displayed at all times.
I followed the path adorned with arches towards the embarcadero (boat dock). In the trees along the way there were Bewick’s Wren calling and Vermillion Flycatchers which were looking stunning as usual. 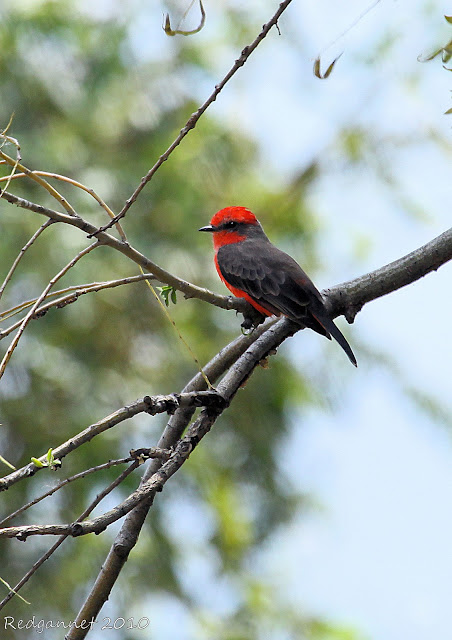 In the shorter path-side vegetation, House Finches and Lesser Goldfinches were feeding on flower and grass seed heads. Canyon Towhee were very common, and was the most likely brown bird on the paths. 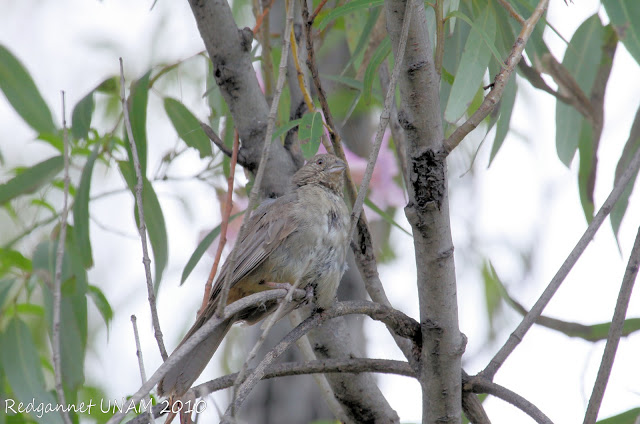 They would fly up into a tree until I passed, then drop back down onto the path. Occasionally, a Curve-billed Thrasher made me look more closely. 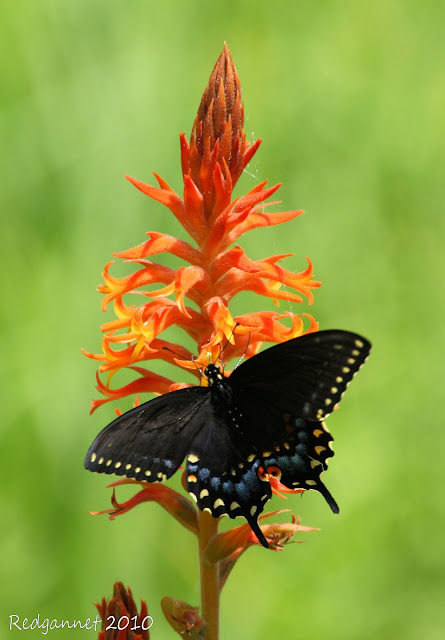 The insect life was prolific and as you can imagine, the odonata kept me busy for a while. I hadn’t arrived until late and by the time the camera permit was issued, it was almost midday. So, I felt that my time would be put to best use looking at dragonflies rather than birds.
This Blue-faced Darner Aeshna multicolor was especially abundant and could be seen flying in great numbers at any chosen body of water on the reserve. It seldom settled except when it was mating. The male in the middle in this picture is in a pinwheel with a female.The lowest male was either trying to break the coupling pair apart or perhaps trying to eat the female's head. 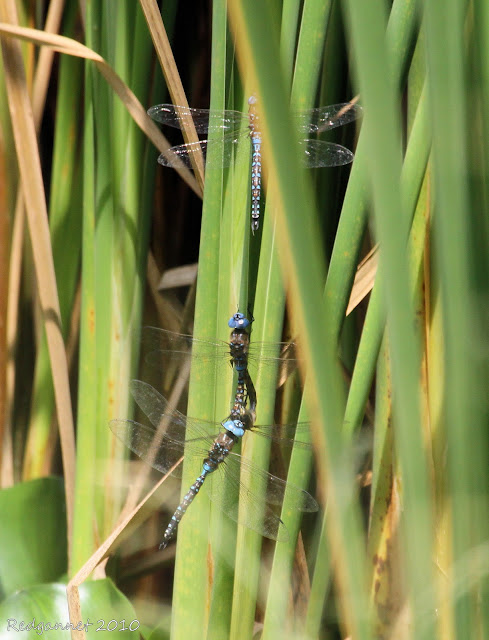 In the bank-side vegetation, the damselflies were very common too, but I need to do more work before I can identify them properly. 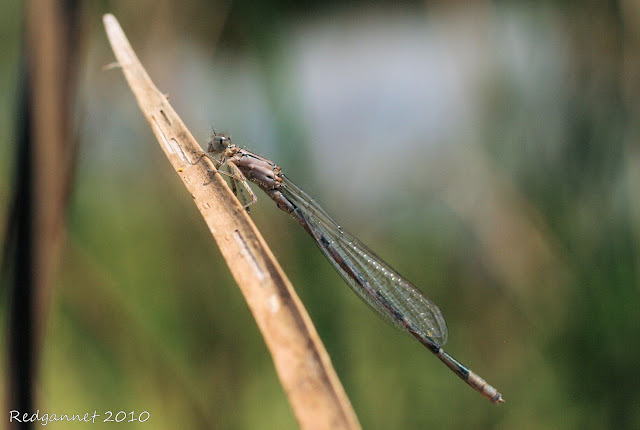 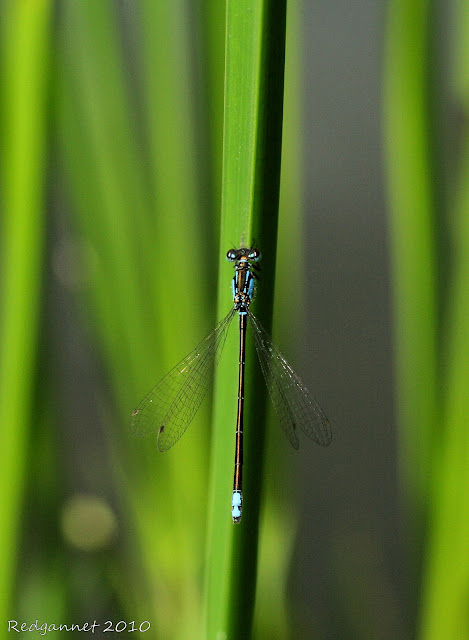 Steve Covey of  http://northantsdragonflies.blogspot.com/  advises me that the damselfly above and below is a Black-fronted Forktail Ischnura denticollis 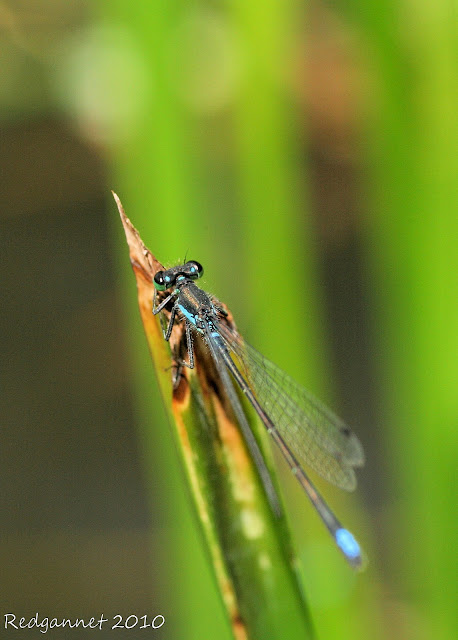 The one below is easily recogniseable as a Mexican Amberwing Perithemis intensa. I don't know if the Eastern Amberwing reaches this far south, but it would sport small yellow blotches on its thorax to differentiate it if it did. 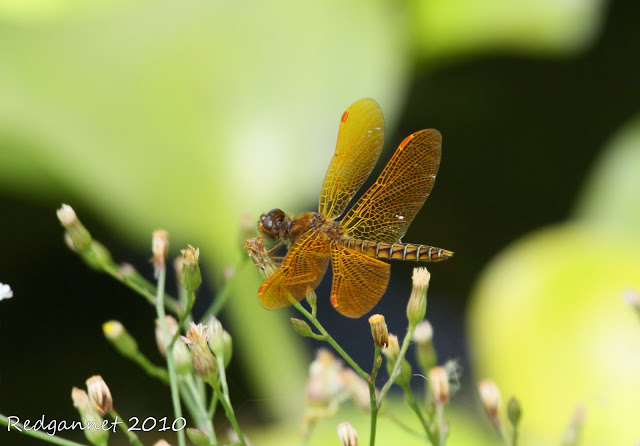 I cut across the meadows which were slowly reclaiming the swings and slides which, hopefully, see more action at weekends and holidays. Today, a Tuesday in the second half of September, I had the place to myself. The finches were gorging themselves on seed heads and a Cassin’s Kingbird watched from his vantage point on the top of a climbing frame. 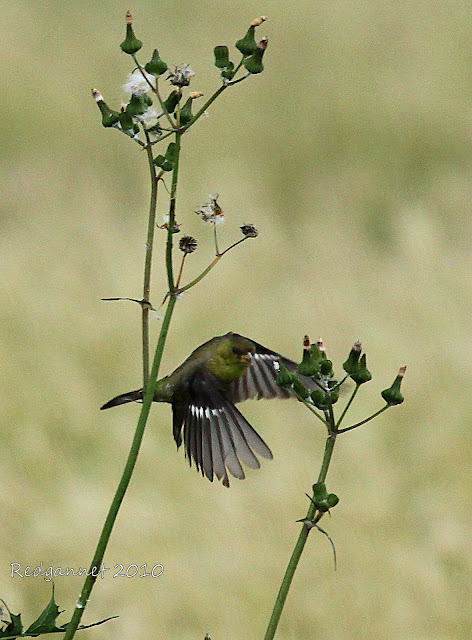 Back near the visitor centre, the lake had a much cleaner look and the wildlife was scant. Just one Great Egret stalked the edges and a Green Heron flushed into a tree. 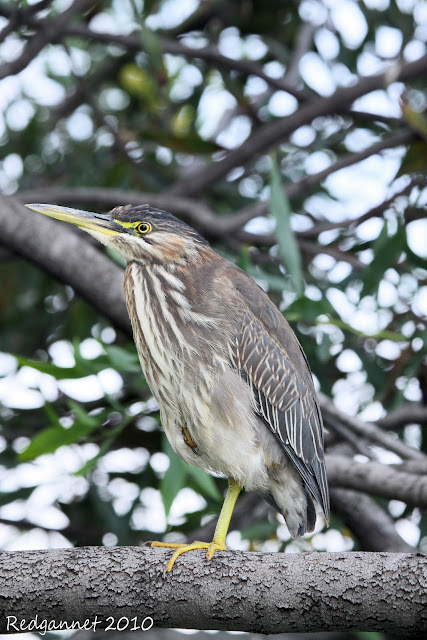 On the water, a Pied-billed Grebe was fishing with a youngster close in tow.
Realising that omissions from their field guide might cause comment (see Mexican Gripes above), Steve NG Howell and Sophie Webb had redeemed themselves by including the full set of potential yellowthroats. I needed help here as there are six candidates in Mexico and confusion could easily reign without comparative illustrations. My bird looked particularly shabby, which didn’t help matters. Geographical distribution and habitat preferences helped to eliminate most of them, leaving just two likely suspects; the Common Yellowthroat and the Hooded Yellowthroat. 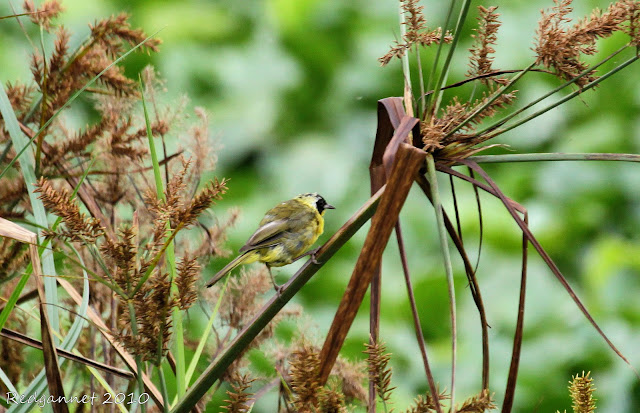 The Hooded Yellowthroat would have been a lifer, but I had to concede that the supercillium was whitish rather than greyish which left me with our old friend the Common Yellowthroat. Bolts of lightning were ripping the sky apart now and being out in the open with a metal tripod slung over my shoulder was making me feel very insecure.

I feel that the reserve would have had much more to offer if I had given it a chance to shine early in the morning. I hear tell that a lot of migrants from the north pass through and over-winter here.

Just outside the gate to the reserve is a large bus stop and plenty of taxis pass this way. The general wisdom in using taxis in Mexico City is to ensure that their permit and picture are prominently displayed, but nothing can beat common sense. Most hotels will provide a car which can wait or pick you up again at an agreed time. Radio taxis can record the name of drivers on a call out and as such provide a modicum of reassurance.