“The thing about football -

the important thing about football -
is that it is not just about football”
(Terry Pratchett, Unseen Academicals, 2009)
I have been seeing so few birds of late (and photographing even fewer), that my “Birding” classification on “Blogger” is about to be withdrawn. The powers that be have decided that I would be best placed in “Outdoors (general)” section. 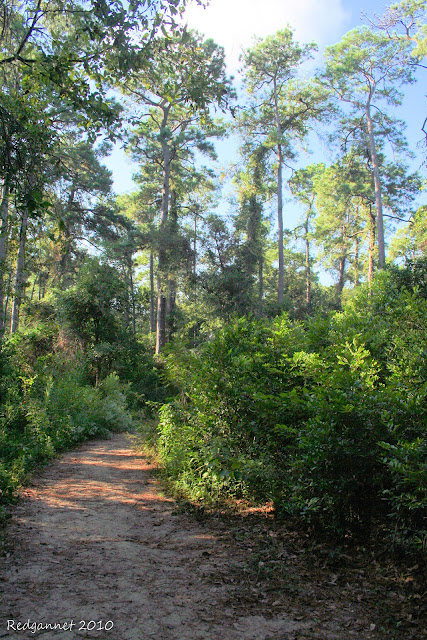 Loblolly Pines at Houston Arboretum﻿
To a pedantic birder who can’t tick without proof positive and who prefers to reduce to sub-specific level where possible, the word “general” in a classification, even when bracketed, causes me some distress.
But I don’t go birding to feed neuroses; I feed my spirit from the woods and swamps though my wife has suggested more vegetables. I spend huge amounts of time away from my home and family as part of my employment with an airline. My choices while down-route are to sit in a homogenous room in a hotel, go shopping, or find a small patch of green on a map to explore and hopefully experience something of the local natural character. 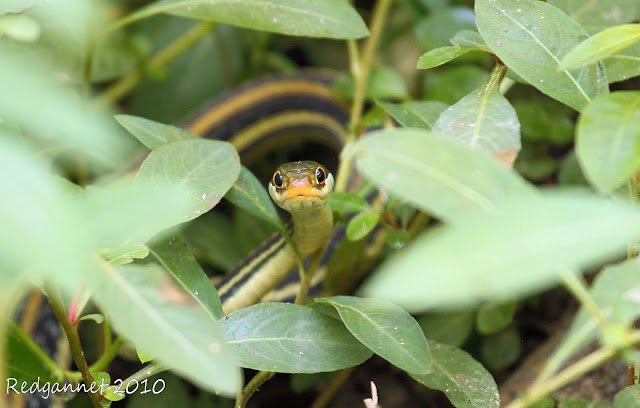 When I don’t find birds there is always something in their place to make up for it. In Houston yesterday, for example, I found a delightful Ribbon Snake. Usually there is something exciting if not always welcomed; previously, I have been arrested, seduced, mistaken for a vagrant (twice) and nearly drowned.
Each time I go out, I am looking for a photograph that will take my breath away, a new red crayon bird or a natural event to rival the Serengeti migration. Realistically I am going to find a few local common birds and sometimes, just maybe, get a glimpse of something rare and wonderful that my well practiced, yet strangely still inadequate, skills will fail to capture with the camera.
Sometimes I meet people. Occasionally I even talk to them, although this is not one of my great talents. But then I will bump into someone inspirational and my faith in human nature will be restored. 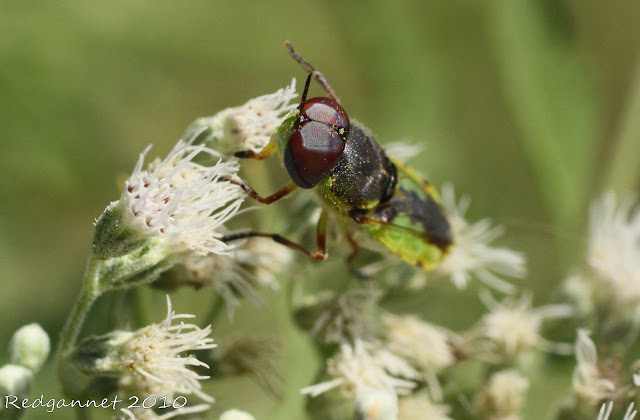 "The thing about birding -
the important thing about birding -
is that it is not just about birds."
And so to Houston, Texas.
A new hotel means approaching Memorial park from a different angle and in doing so I discovered the little Eden that is Houston Arboretum and Nature Center. It is in the western part of the park with the entrance on the southern side of Woodway Drive, close to the Interstate 610 . A brisk walk will bring you there in 30 mins. (Google Earth ref; 29* 45’ 56”N 95* 25’ 07”W)
For an official website try;
http://www.houstonarboretum.org/
Here you will find details of owl and bat walks enhanced with cheese and beer!
There is a visitor and nature centre with interpretative displays and limited refreshments.
Today was a Thursday in mid-September. It was still very warm and the birds were not very active. Very few of them strayed far from the visitor centre and almost every bird in the list below was seen there. 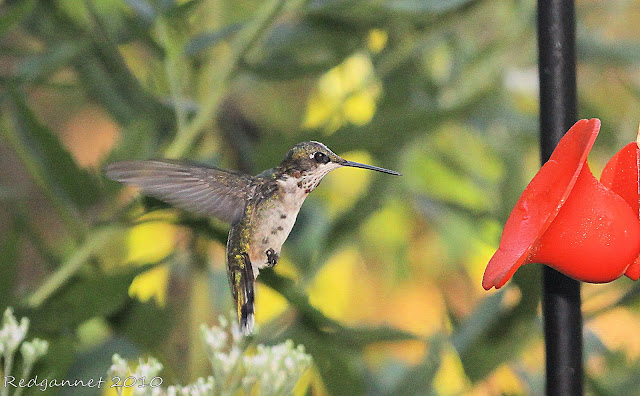 A party were working through the trees surrounding the building. It was made up with Downy Woodpecker, Red-bellied Woodpecker, Tufted Titmouse, Northern Cardinal and a Carolina Wren. While I was trying to get a picture of a Ruby-throated Hummingbird that was coming to a feeder, I noticed a Green Tree Frog clinging to the feeder support. 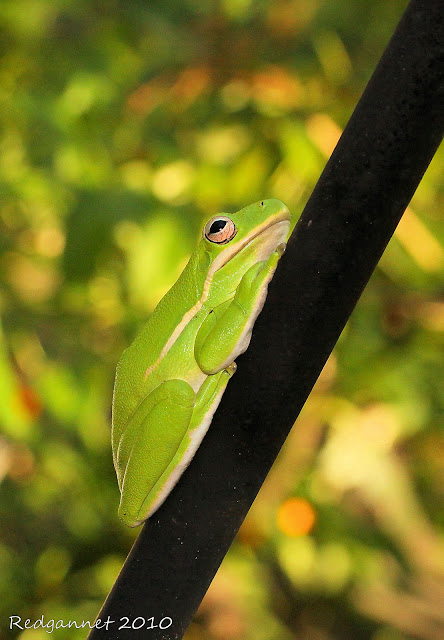 Suddenly a Cooper’s Hawk plunged into the trees and chased the birds back and forth through the upper storey. It was very persistent and kept the chase going for some time before following a Blue Jay over the building and out of sight. 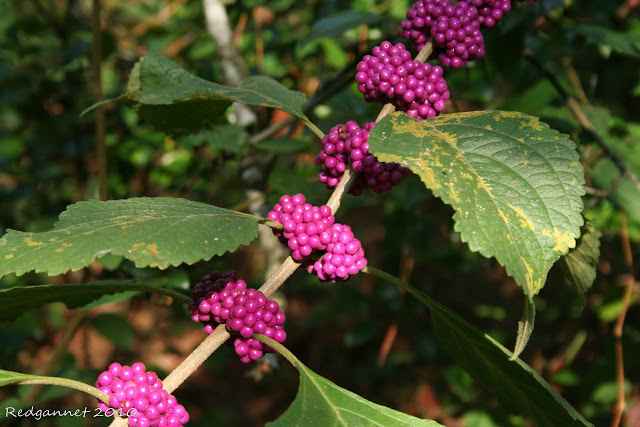 Throughout the arboretum, American Beauty Berries were plump and purple. They look too vivid to be edible for humans, but if the birds like them, they are in for a bountiful autumn.A plant that visitors to the USA may not be familiar with is the Poison Ivy. If it comes into contact with the skin, the oil from this plant can produce nasty skin rashes and swelling. Rabbits however find it quite tasty.
Remember; "Leaves of Three, Let me be". 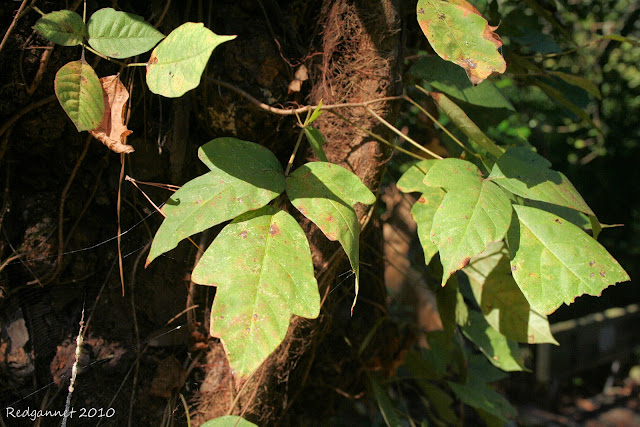 Much of the arboretum and surrounding Memorial Park is dominated by the Loblolly Pine. They are the dominant and emergent specie with smaller bushes and trees creating a mid and lower structure to the forest. A couple of notable exceptions were the wet area and the meadow. 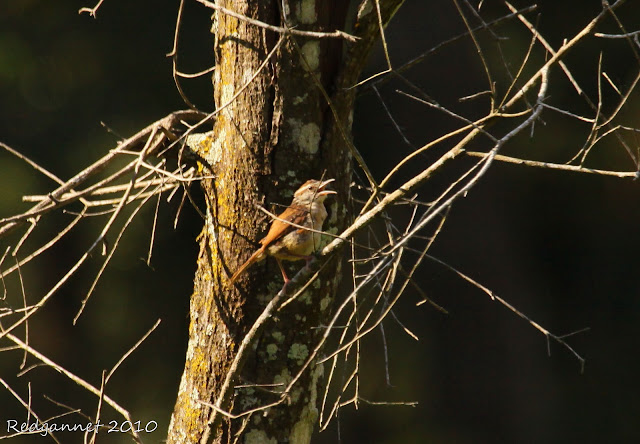 The wet area was home to duelling Carolina Wrens. Perhaps three or four were singing at one time, competing to be the loudest, but only one showed itself. 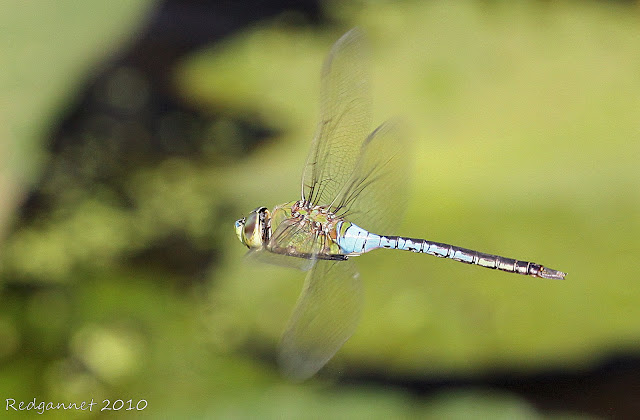 There were dragonflies around, enjoying the heat. I wondered if it would be possible to catch one on the wing and surprised myself with this Common Green Darner.
This was a poor picture of a Blue Dasher, but I put it in to show how much is missed when a chap is hot and bothered in the full sun. Behind the branch is a Preying Mantis which I didn’t notice until I was looking at the picture at home on my computer. 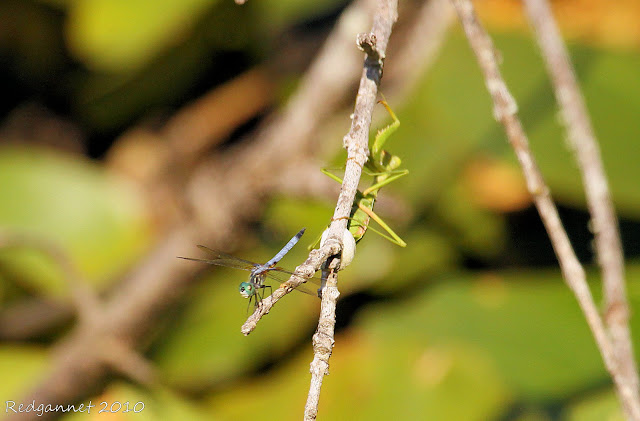 The forest was very quiet except for a few hawks riding a thermal (Red-shouldered and Red-tailed) spotted through the gaps in the trees and a damselfly that I am struggling with. 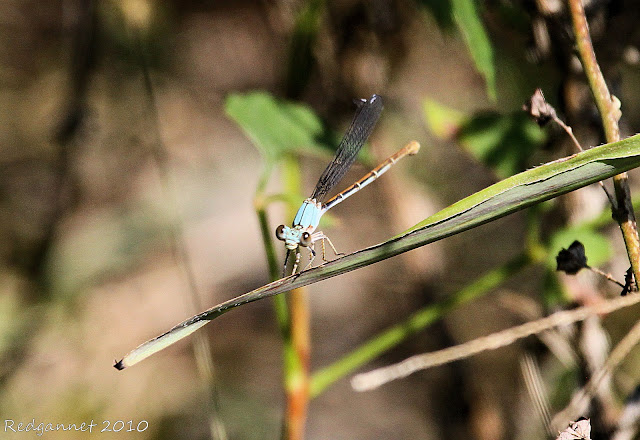 The meadow in the south east part of the arboretum was a delight with wildflowers, butterflies, dragonflies and a small lake. I did encounter a party of birds just before I emerged from the forest, but it was at the same time as I encountered the only other visitors to the park with their two dogs. The birds dispersed quickly from the path as they passed, but I was able to get fleeting glimpses of Red-bellied Woodpecker, Downy Woodpecker, Tufted Titmouse, Northern Cardinal and Carolina Chickadee. 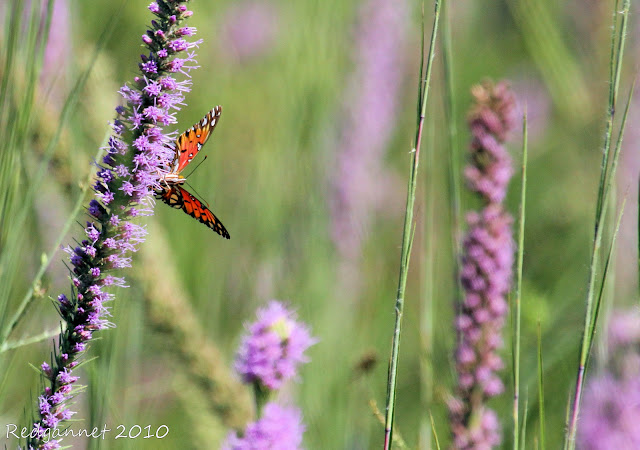 It was on the way back that I noticed something as it slid gently through the low weeds. All I could see was a striped tail, but it was too long for a lizard and had to be a snake. I scoured the vegetation beyond the tail and suddenly noticed the tiny movement of a tongue as it flicked in and out of a miniscule head with huge eyes. I later found that it was a Ribbon Snake.

Another delight was meeting my colleague, AP in the visitor centre where I called in for a drink. We stopped for a while to watch the hummingbirds before returning to the hotel, noting a White-winged Dove and a Red-headed Woodpecker flying across our path on the way.
Well watered lawns along the road were attracting tiny midgy flies which in turn attracted dragonflies. Black Saddlebags were common and were complimented by a few red saddlebags (which could have been Carolina, I have not yet mastered telling them apart inflight). A broadwinged damselfly flushed from the sidewalk rail on the off-ramp. I had to look it up when I got home and I suspect that it was a Smoky Rubyspot. I hope to colour it in red when I get confirmation.
Bird Species; 19
Turkey Vulture 3, Cooper’s Hawk 2, Red-shouldered Hawk 4, Red-tailed Hawk 6, Mourning Dove 6, White-winged Dove 4, Ruby-throated Hummingbird 6, Red-headed Woodpecker 1, Red-bellied Woodpecker 3, Downy Woodpecker 6, Carolina Wren 5, Blue-grey Gnatcatcher 8, Carolina Chickadee 8, Tufted Titmouse 4, Blue Jay 4, American Crow 6, Common Yellow-throat 2, Northern Cardinal 4, Common Grackle 6. 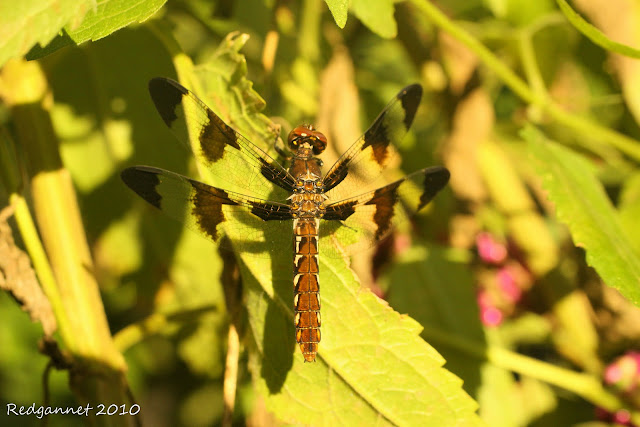 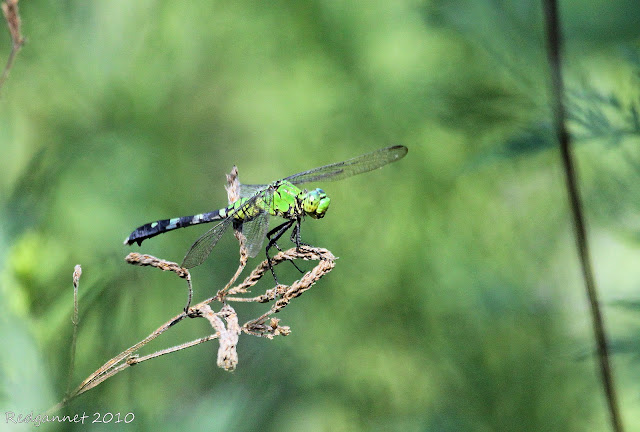