I had ridden the train one hour south from San Francisco to reach the Baylands Preserve at Palo Alto. After spending the morning around the Duck Pond and Lucy Evans’ Interpretative Centre, I moved on to Mayfield Slough and Charleston Slough for the afternoon. From the junction just beyond the airport on Embarcadero Road (at Google Earth ref; 37°27'13.73"N 122° 6'35.56"W), turn right (south) instead of left and follow the road around.

Many of the birds seen in the morning were ticked again, but a few extra species that were missed in the morning were added. American Wigeon was the first bird seen in the reeds across the channel opposite the junction. Green Teal, Mallard and of course Northern Shoveler (the most populous bird of the day by far) were also seen here. 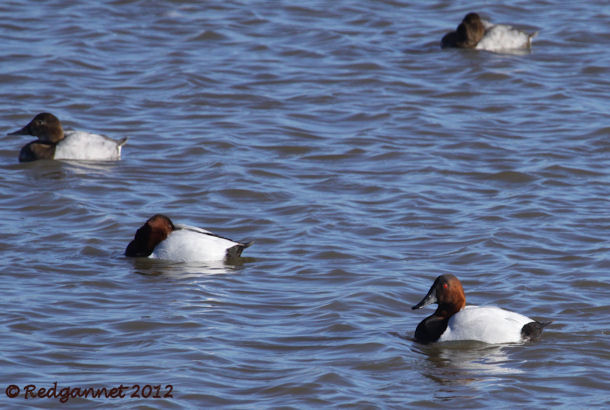 The channel on the left is affected by the tides of the bay and the water had just reached its highest mark for the day. On the right is Mayfield Slough which is controlled with a sluice, but (I think) is also subjected to tidal movement. Good numbers of Canvasback and a Western Grebe were seen on the slough. 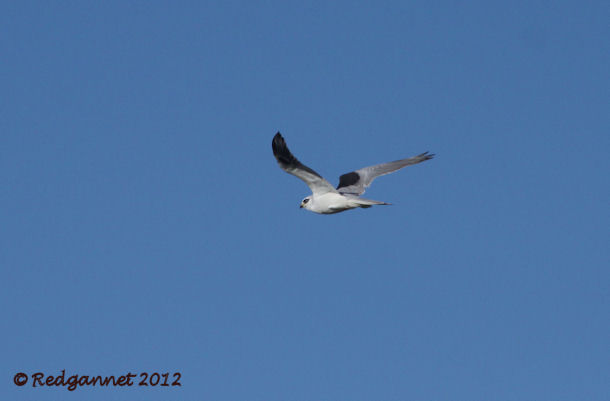 Just before the bridge, I saw a White-tailed Kite hovering above the point. It made a swooping attempt to catch a meal but missed and glided away as I approached. 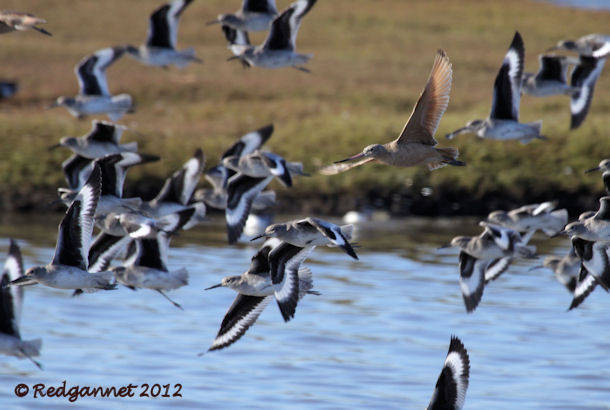 An island on Mayfield Slough made a popular roosting spot for a flock of Willet with a few Marbled Godwit mixed in, until a Northern Harrier flushed them up. A number of gulls just beyond them did not trouble the eBirder in me, but they can still be seen on Google Earth if you cut and paste these coordinates; 37°26'56.11"N 122° 5'31.63"W.

Suddenly I was enveloped in a storm of tiny wings and rushing wind as a large flock of “peeps” crossed the track. I didn’t see what had flushed them, but they were reluctant to settle. Eventually, they landed further across Mayfield Slough, but were still nervous and restless. They flushed two or three times as I watched. I had assumed them to probably be Western or maybe Least Sandpipers, they appeared to be the right size, but my experience with large flocks of them is limited. Do they form tight flocks, banking and turning in much the same way that Dunlin do? 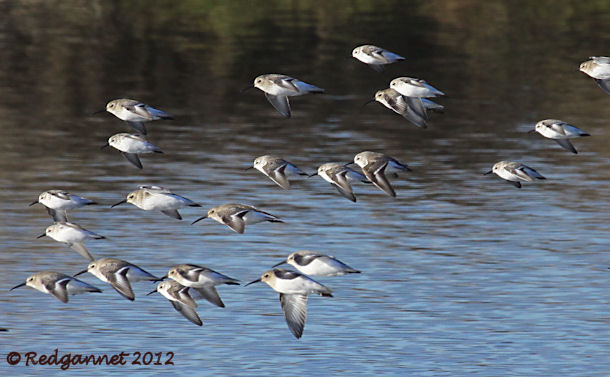 A short way further down the slough I found that they do mix in with each other. 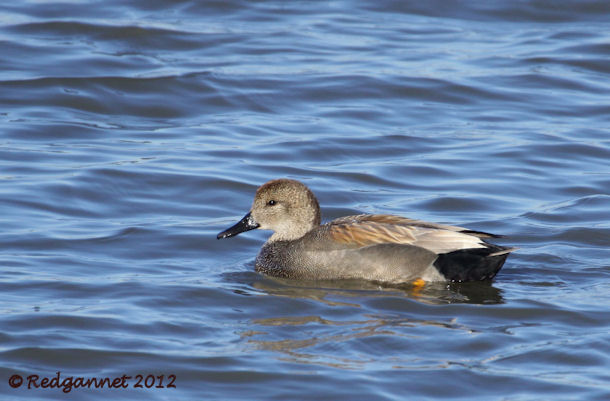 On the left of the path is Charleston Slough. Canvasbacks added to their already impressive number here. By contrast, a pair of Gadwall were the only ones seen today. A small island was thick with roosting birds. Most of them were Marbled Godwits, but there were also Black-necked Stilt, Willet and the seemingly ubiquitous Shoveler. 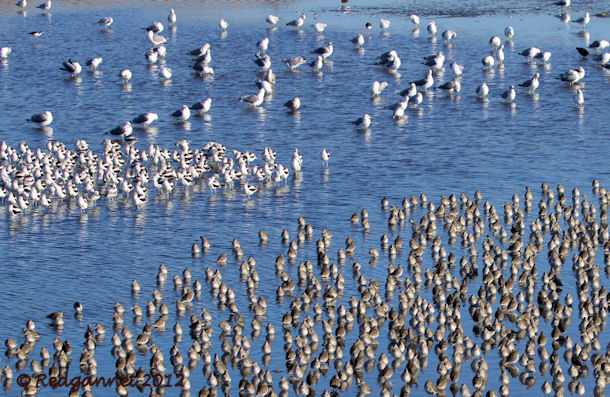 Long-billed Dowitchers, American Avocets and mixed gulls were roosting here with species flocked together according to their feather. 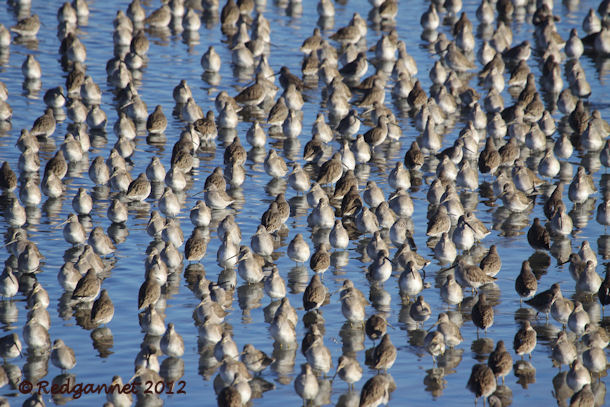 A couple stopped to pass the time of day and asked me why the birds were so chatty. The Long-billed Dowitchers are known for their habit of chattering as they feed. It seems that they keep it up while roosting too. 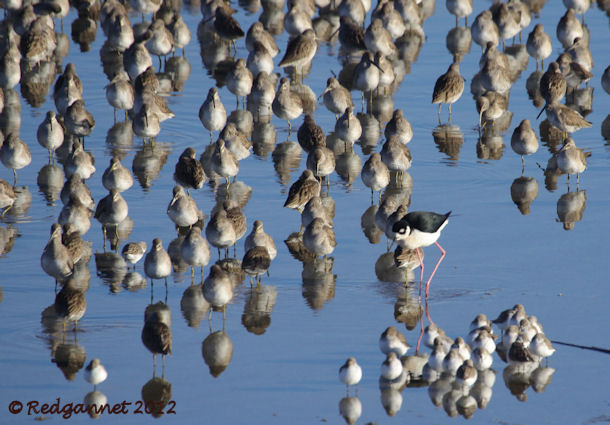 At the edges of the flocks a few other species found room to roost and feed, possibly gaining some comfort from the hundreds of pairs of eyes keeping lookout for them. 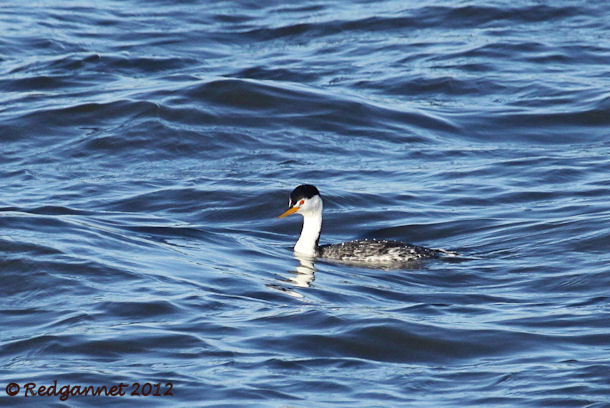 The way home took me along the Bayside Trail parallel to Shoreline Drive. A flock of Surf Scoter were seen alongside the Ruddy Duck out on the water with Lesser Scaup and a Clarke’s Grebe closer in. 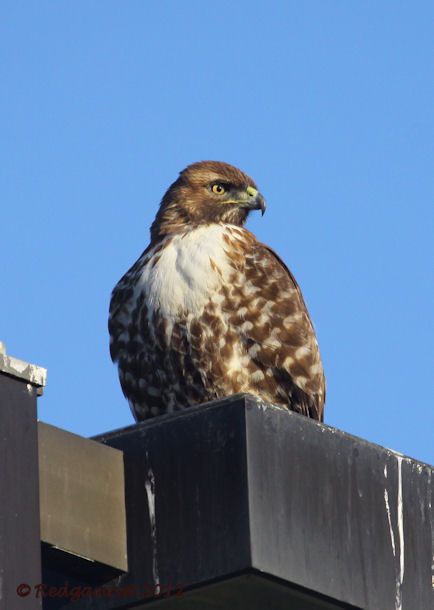 A Red-tailed Hawk landed on a street lamp as I passed and posed very nicely. 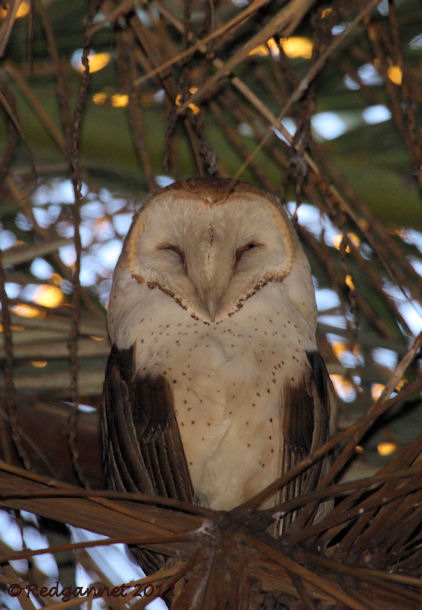 The Burrowing Owls continue to elude me here, but a Barn Owl made up for it as I worked my way back to the Caltrain station.


12 extra species were seen this afternoon bringing the day’s tally to 67.


There are a couple of options to reach the Caltrain station for return to San Francisco. From the seep pond at Terminal Blvd, follow San Antonio Rd south for 2 miles to the San Antonio Station at Google Earth ref; 37°24'24.41"N 122° 6'22.18"W.

Visit the dedicated USA and CanadaPage for more posts from the area.