My original plan for today involved Sandy Lake, but a well placed concierge advised me that Sandy Lake was in fact an amusement park and that despite having its own entry on eBird, would be closed to all-comers on a cold Monday morning in January. So I changed to my fall back plan with a gentle ride to White Rock Creek. 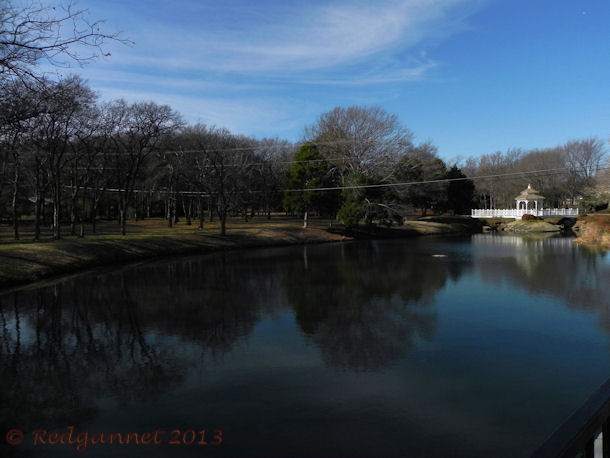 On the small lake at Winwood Park (Google Earth ref; 32°57'12.92"N 96°48'40.21"W) were a few Gadwall and a couple of Mallard. A Yellow-bellied Sapsucker flew in and began tapping on the far side. An Eastern Phoebe perched on a reed, hoping that some insects might show themselves on such a cold morning.
Blue Jays and Red-bellied Woodpeckers were making quite a din by one of the houses across the lake. Lots of holes and loose ivy high in an oak tree made me hopeful that an owl might be hiding there, but I couldn’t see one. 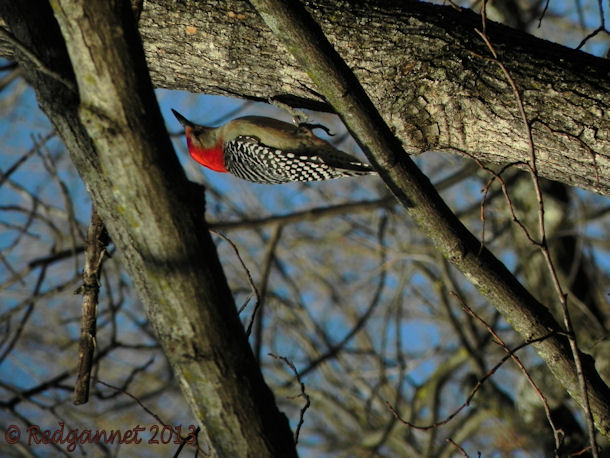 Plenty of smaller birds were feeding along the fence line of the other house that borders the park. Dark-eyed Junco, and Carolina Wren were feeding low down with Yellow-rumped Warbler and Golden-crowned Kinglet higher up.
The path drops down from the main road onto the riverside where a Downy Woodpecker whinnied a couple of times before I saw it. 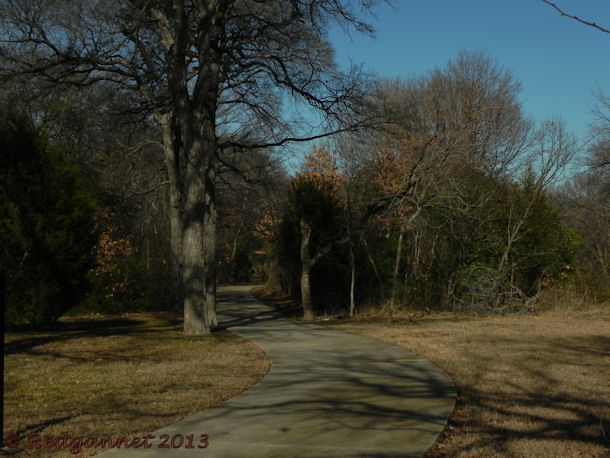 In a berry tree, feeding American Robins were joined by a couple of Cedar Waxwings. A small flock of Red-winged Blackbirds were also in the berry tree, but I couldn’t see if they were feeding on the fruit. 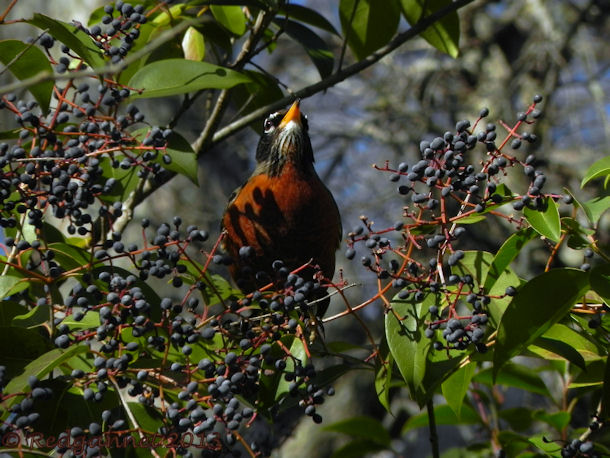 The large total of Great-tailed Grackles was estimated from a big flock that flew over. I was using my press and point camera today which takes a while to warm up. The flock had been flying over for about 10-15 seconds before the camera was ready. 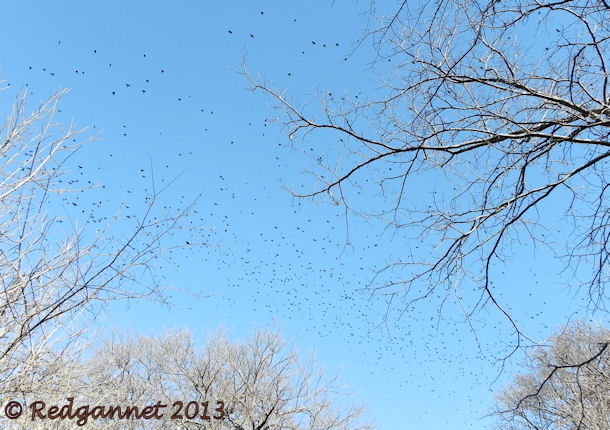 White Rock Trail runs as far South as White Rock Lake, but is fractured in places and detours through housing developments. A map may be needed to follow it easily.This section is about 1km long and can be accessed by continuing past Winwood Lake for a further 100m.

Follow the links below for previous posts from White Rock Creek;
http://redgannet.blogspot.co.uk/2012/07/damselflies-on-white-rock-creek-july.html

Visit the dedicated USA and Canada Page for more posts from Houston including; White Rock Lake