Happy New Year! Sorry I am running a bit late I will catch up soon, honest.
January 1st found me in San Francisco’s Golden Gate Park. There was only time for a quick visit, so I concentrated my efforts around Stow Lake and Strawberry Hill. 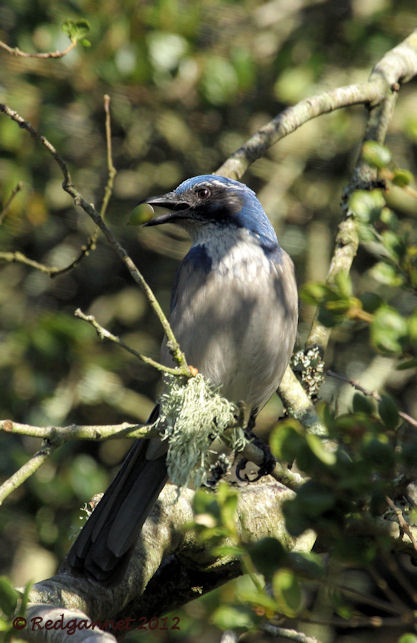 Bus number 71 runs along Market, through Haight, to the park. The walk from the 9th St stop was quick and easy with Western Scrub-jay, House Finch, Chestnut-backed Chickadee and Anna’s Hummingbird seen on the way. 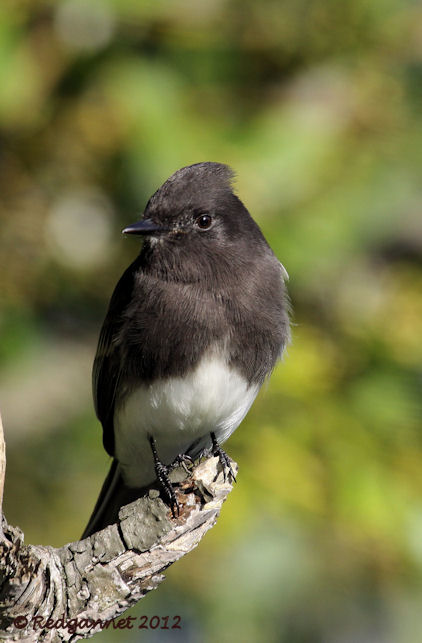 Just beyond the Japanese Garden, a path cuts up to the northeast end of Stow Lake. A Black Phoebe sat out well here and some Fox Sparrows fed from thrown seeds.
The lake is usually covered with Mallard and gulls, but today it looked very quiet with only the ripples from a Pied-billed Grebe disturbing the surface. 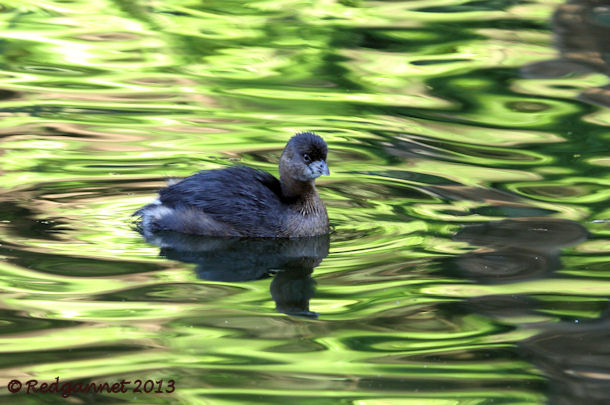 I took the bridge across to the south side of the Island and climbed to the small waterfall at the top of Strawberry Hill. A Hermit Thrush distracted me on the way, but I was targeting the waterfall as it is often very productive. A Townsend’s Warbler came very close today, but I was still unable to track down the Great Horned Owls that are said to roost in the pines here. 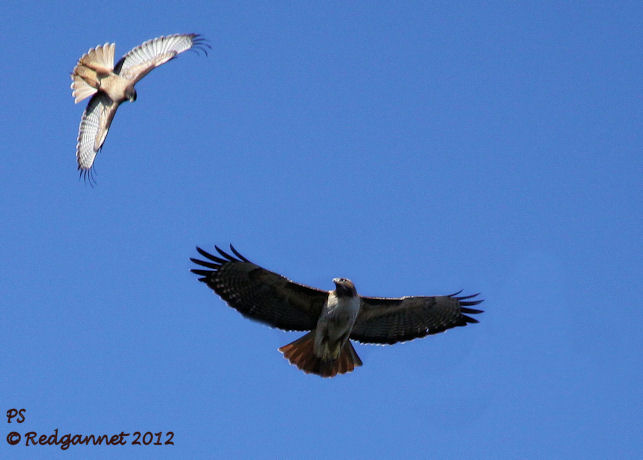 A pair of Red-tailed Hawks was interacting above my head. I like to think that I may have brought them slightly closer together through the power of Photoshop. They flew, talons extended, inverted in flight, or stooped down into the pines on the west side of the island.
This is where I found all the gulls and Mallard that I had been expecting. In the shelter of an overhanging bush, an American Wigeon was being very coy. 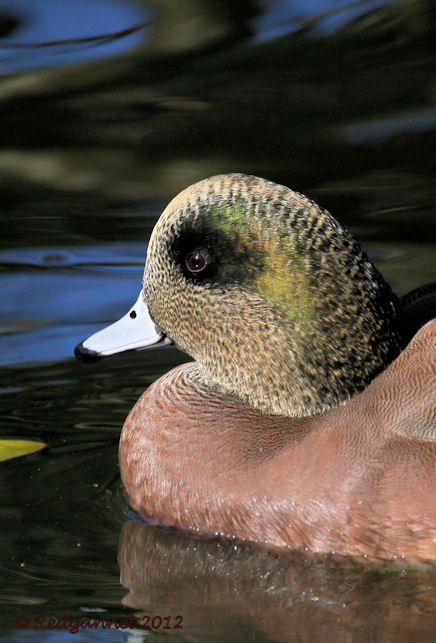 The Black Phoebes were being very confiding today. This was the third one that allowed me to approach close enough to see the colour of its eyes. 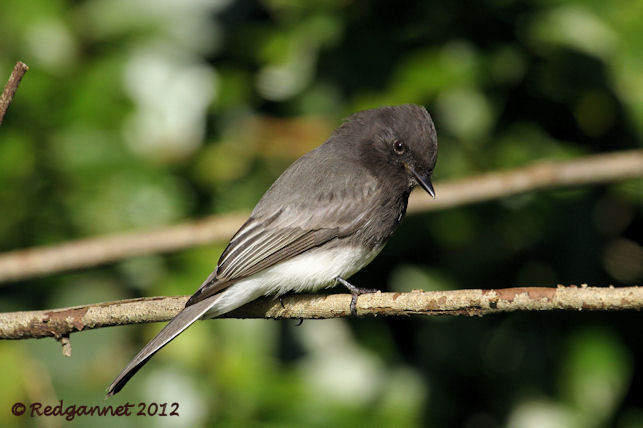 For previous posts from Golden Gate Park, follow the links below;

Visit the dedicated USA and Canada Page for more from San Francisco, including; The Palace of Fine Arts and Dipper.