The Theosophical Gardens, Chennai, May 2013

The world headquarters of the Theosophical Society are situated by the river in Chennai (Madras) surrounded by light woodland, palms and huge, ancient Banyan trees. It is a developer’s dream in the heart of the city and one of only a few places that I was able to find where I could get away from the frenetic pace of the city. Members of the Theosophical Society, do not necessarily share the same beliefs, but unite in a common search for the Truth. Theirs is a way of reflection, high ideals and tolerance, so I felt sure that I would receive a warm welcome. Actually, it was shut. 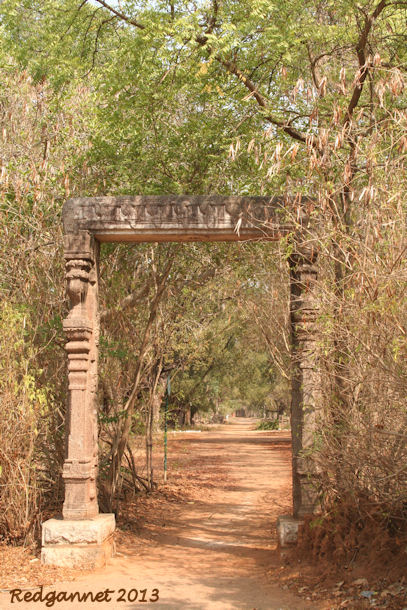 For such a haven in a big Indian city, it is generously open between 08.30 and 10.00 in the morning and 14.00 to 16.00 in the afternoon. Admittedly these are not the perfect times for birdwatching, but in a peaceful place such as this, compiling a big list lost its relevance. The score was not important. This post reflects a couple of visits. The second was in the company of my beautiful colleague, DN, but both were all too brief.
There is no charge for entry, but the opening times are strictly adhered to. Small cameras are permitted, but big lenses are not. 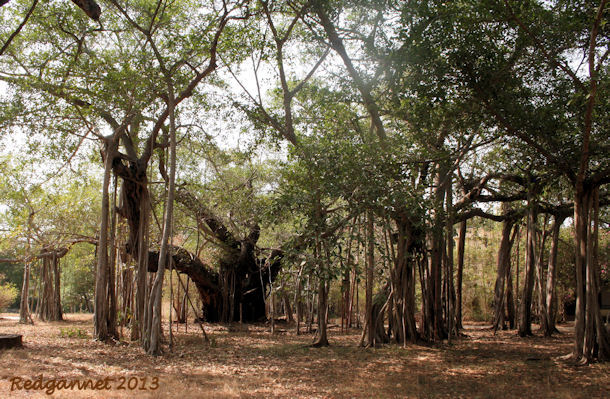 Soon I came to a big Banyan Tree. A large branch had been propped up by a metal support, but was no longer connected to the trunk which had begun to rot away. Instead, it was now supported by the aerial roots which had, over many years, grown to the ground and become trunks of their own. The shock of the day was a small group of Spot-billed Pelicans which flew over from the nearby river.  I only realised that they warranted the red pen when my software blew a fanfare as I entered them onto the list. Similarly the Loten’s or Long-billed Sunbird provoked the brass. This was unexpected as I thought that I had seen one on a previous visit to the area. Checking back, I had entered the very similar Purple Sunbird which was also present in the gardens.

Away from the noise of the road it was easy to follow bird calls and the Coppersmith Barbet could be heard throughout the gardens. An Oriental Magpie Robin called sweetly from a low branch and a Hoopoe flew across the road.

There was an even bigger Banyan Tree further in that covers about an acre of ground. The trunk and original branches of this tree have completely rotted away, leaving just the aerial roots supporting themselves. A male Asian Koel flew in and sat long enough for a good look. Beyond this point is Leadbeater Ave which is a private residential area and a security guard gently called my attention to this. 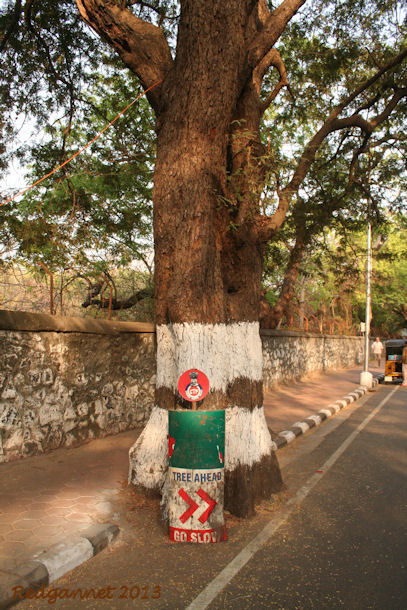 Immediately across from the gate on Besant Ave is another area of pastoral calm in Besant Gardens. I left the gardens at 16.00 as visiting hours require and popped my head through the gate to see if it was possible to walk there. A guard there appeared not to be concerned and I asked in my best Tamil Nadu dialect (which is actually just English, loud, with an accent) if I could use my camera here. He didn’t object which I took as tacit approval. 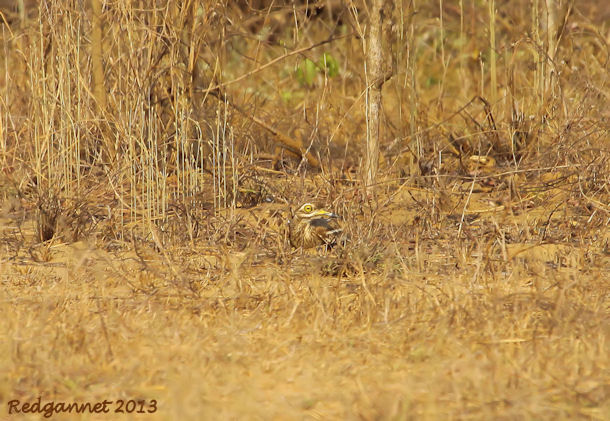 A path leads round to the left from the gate. I followed this and noted many of the same birds that I had seen in the similar habitat across the road. Soon I came to an open playing field and flushed a couple of European Thick-knees.

The path took me in a circle back into the trees and past a small pond. White-throated Kingfishers appeared to adorn every perch with three of them within 10 feet of each other. 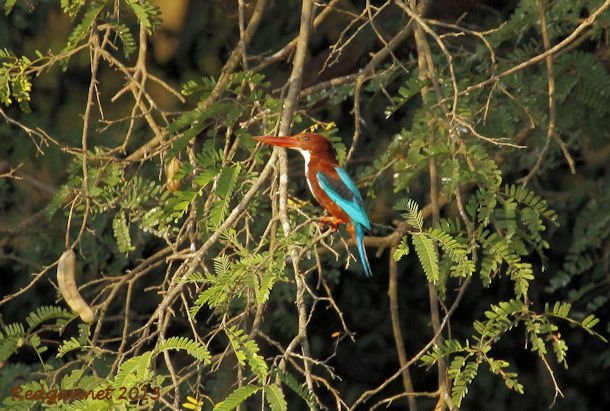 Beyond here was a Mango orchard and a palm grove which made part of a small farm that also kept a few cows. Even the dogs here, which normally bark their heads off when a stranger passes, were subdued and peaceful. They came out to check me over and escorted me a short way along the path, but they were not at all threatening in the way of many street dogs. 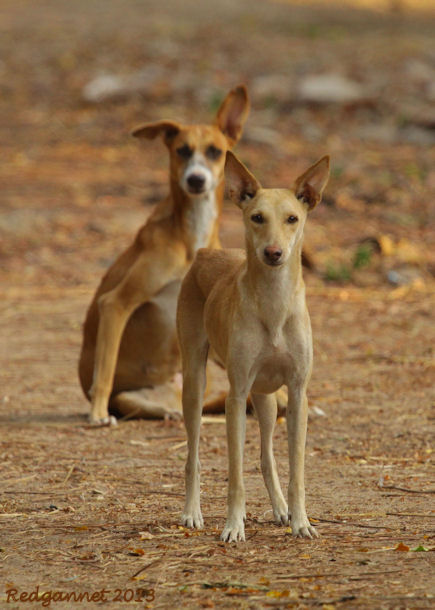 I was a bit surprised that the gardens on the south side of Besant Avenue were not subject to the same visiting hours as the main gardens and I wonder if the guard was feeling especially generous this evening. 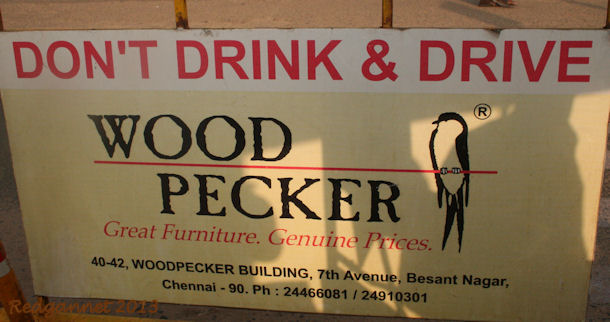 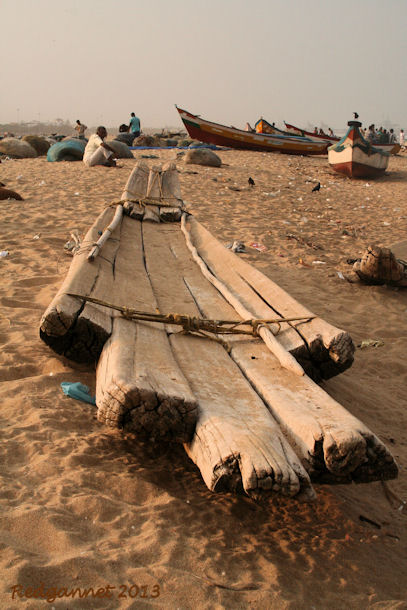